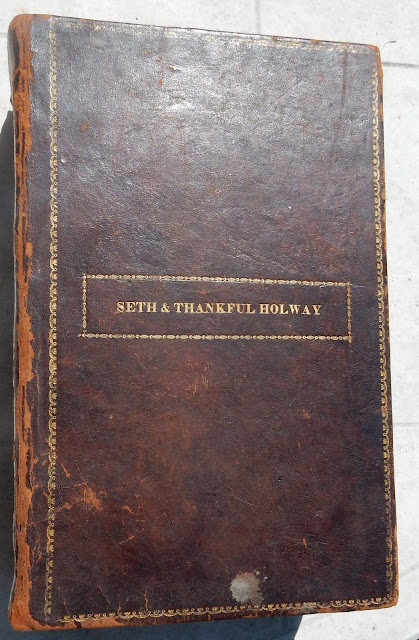 The Bible, which measures about 11" by 7" by nearly 3-1/2", has several pages of family records and a few mementos tucked inside.  Images of the mementos appear at the end of this post. 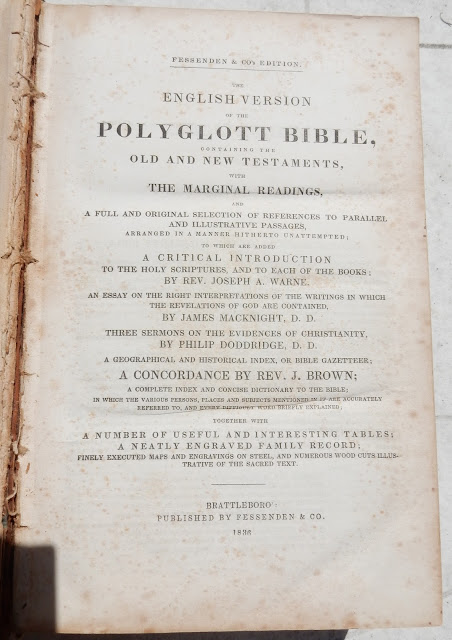 The Bible was printed in 1836 by Fessenden & Company of Brattleboro, Vermont.   Seth and Thankful were married in 1832; their son and daughter were born in 1834 and 1836.  The Bible was presumably purchased, as soon as it could be afforded, because of the childrens' births. 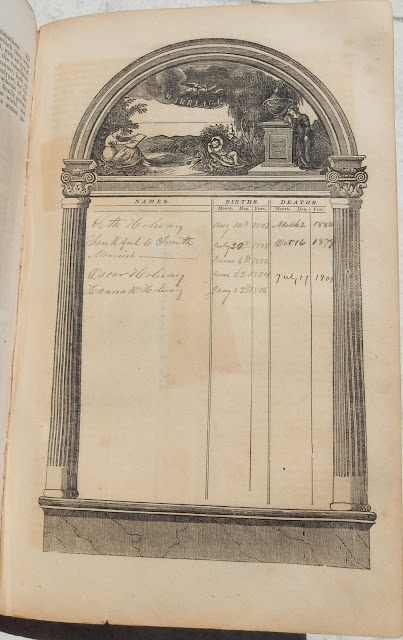 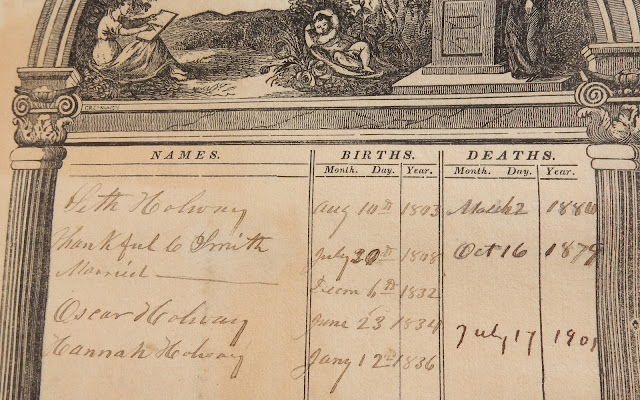 Births and Deaths - [hopefully I've interpreted the digits correctly - if you disagree, please let me know!] 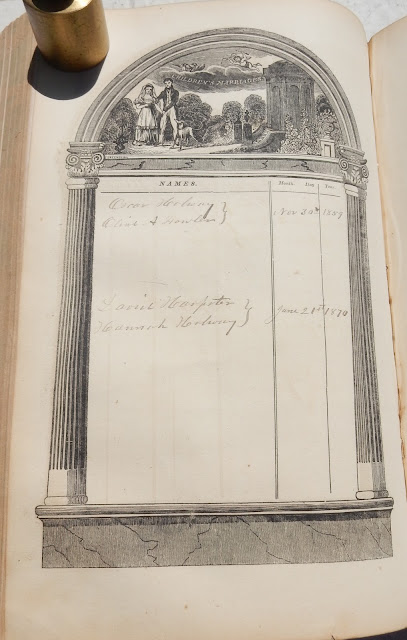 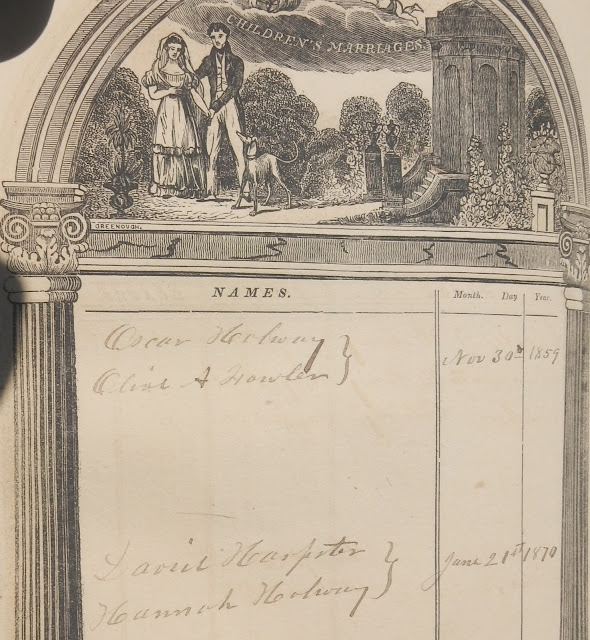 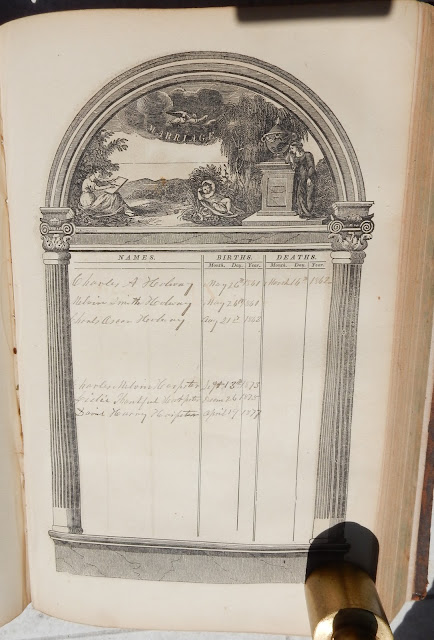 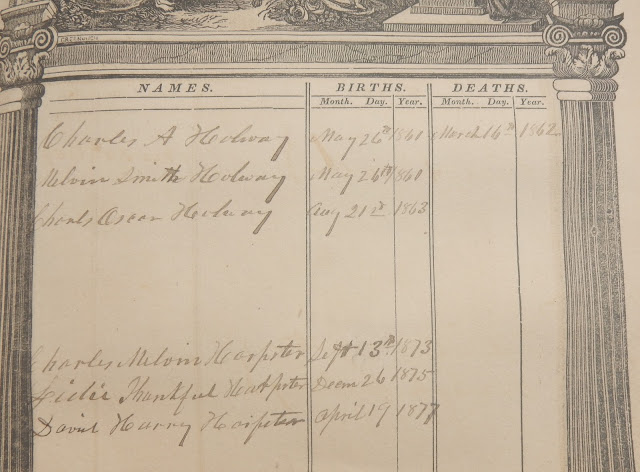 Births of the Grandchildren of Seth Holway and Thankful C. (Smith) Holway 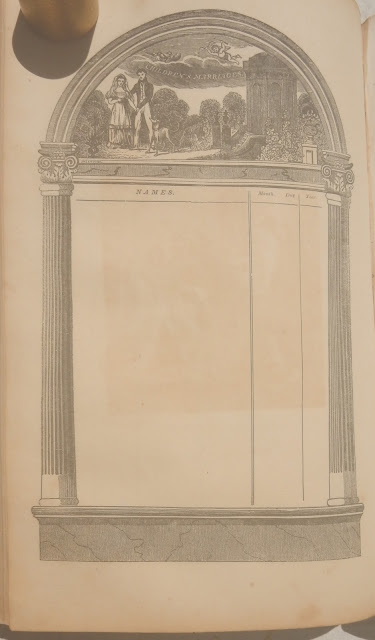 Seth and Thankful had a son Oscar and a daughter Hannah, who both married and had children.  Oscar married Olive Augusta Fowler and stayed in Maine.  Hannah married David Harpster and moved to Ohio.  Read more about Oscar Holway in his obituary at the end of this post.

See another post that features the cabinet photograph of an older woman identified on the reverse as "Aunt Eliza Holway".

Mementos in the Bible 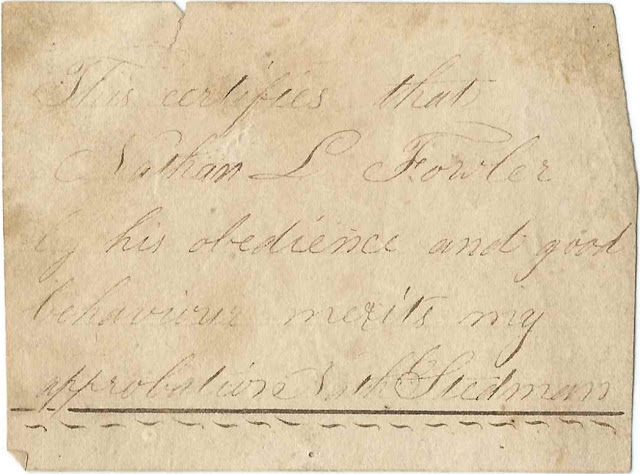 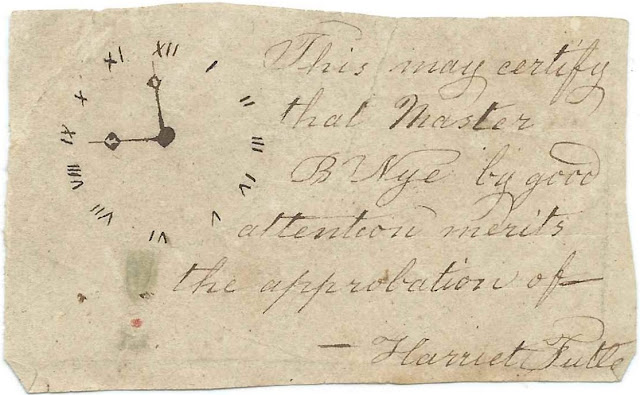 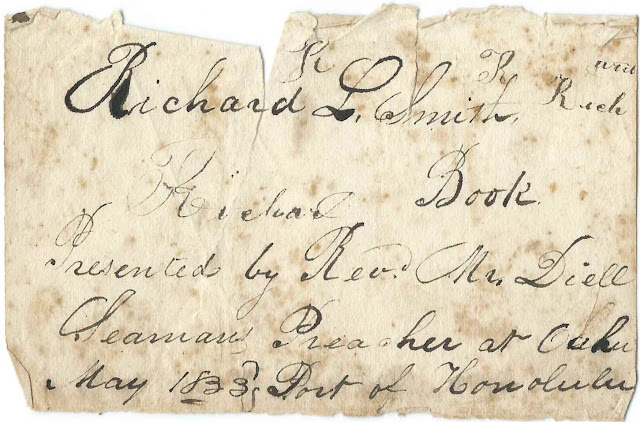 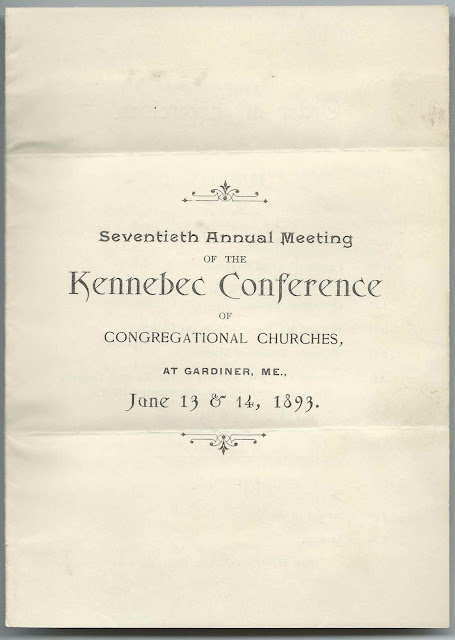 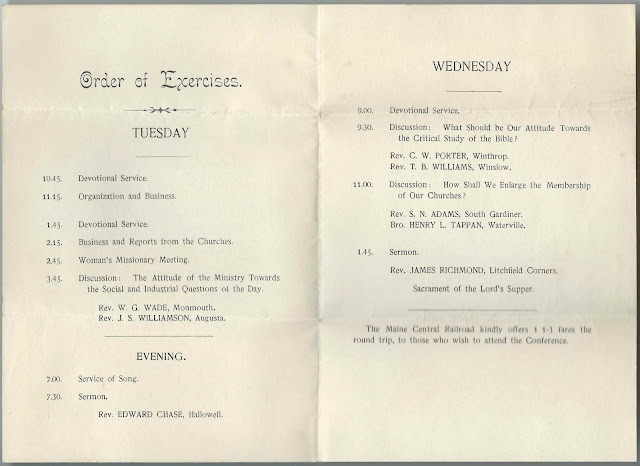 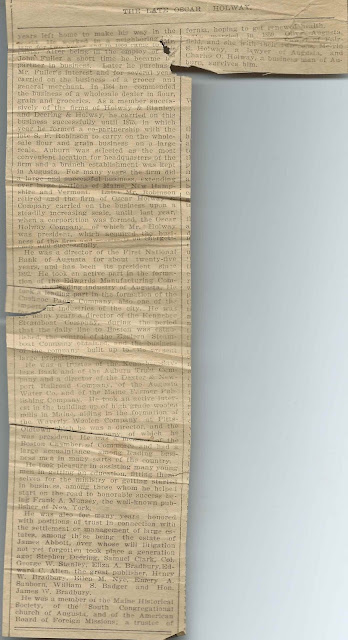 DEATH OF OSCAR HOLWAY
One of Maine's Most Successful Business Men Passes Away at Augusta
AUGUSTA, Me., July 19. -  Oscar Holway, one of Augusta's successful business men, died at 6 p. M. Thursday, after a lingering illness with Bright's disease.
Oscar Holway was born in Fairfield, Me., June 23d, 1834.  He was the son of Seth Holway, a prosperous and respected farmer whose father, Gideon Holway, was one of the first settlers of the town, coming from Sandwich on Cape Cod, his ancestor Joseph Holway of English birth, having been one of the original setlers [sic] of the town of Sandwich when it was laid out in 1637.
Oscar Holway obtained a good common school education and at the age of twenty years left home to make his way in the world.  He worked in a neighboring village for two years and in 1856 came to Augusta.  After being in the employ of Mr. John Fuller a short time he became his partner in business.  Later he purchased Mr. Fuller's interest and for several years carried on the business of a grocer and general merchant.  In 1864 he commended [commenced ?] the business of a wholesale dealer in flour, grain and groceries.  As a member successively of the firms of Holway & Stanley, and Deering & Holway, he carried on this business successfully until 1875, in which year he formed a co-partnership with the late S. F. Robinson to carry on the wholesale flour and grain business on a large scale.  Auburn was selected as the most convenient location for headquarters of the firm and a branch establishment was kept in Augusta.  For many years the firm did a large and successful business, extending over large portions of Maine, New Hampshire and Vermont.  Later Mr. Robinson retired and the firm of Oscar Holway & Company carried on the business upon a steadily increasing scale, until last year, when a corporation was formed, the Oscar Holway Company, of which Mr. Holway was president, which acquired the business of the firm and carried on energetically and successfully.
He was a director of the First National Bank of Augusta for about twenty-five years, and has been its president since 1892.  He took an active part in the formation of the Edwards Manufacturing Company, the leading industry of Augusta.  He took a leading part in the formation of the Cushnoc Paper Company, also one of the important industries of the city.  He was for many years a director of the Kennebec Steamboat Company, during the period that the daily line to Boston was established, the control of the Eastern Steamboat Company obtained, and the business of the company built up to its present large proportions.
He was a trustee of the Kennebec Savings Bank and of the Auburn Trust Company and a director of the Dexter & Newport Railroad Company, of the Augusta Water Co. and of the Maine Farmer Publishing Company.  He took an active interest in the building up of high grade woolen mills in Maine, aiding in the formation of the Waverly Woolen Company at Pittsfield, of which he was a director, and the Oldtown  Woolen Company, of which he was president.  He was a member of the Boston Chamber of Commerce and had a large acquaintance among leading business men in many parts of the country.
He took pleasure in assisting many young men in getting an education, fitting themselves for the ministry or getting started in business, among those whom he helped start on the road to honorable success being Frank A. Munsey, the well-known publisher of New York.
He was also for many years honored with positions of trust in connection with the settlement or management of large estates, among those being the estate of James Abbott, over whose will litigation not yet forgotten took place a generation ago; Stephen Deering, Samuel Clark, Col. George W. Stanley, Eliza A. Bradbury, Edward C. Allen, the great publisher, Henry W. Bradbury, Ellen M. Nye, Emery A. Sanborn, William S. Badger and Hon. James W. Bradbury.
He was a member of the Maine Historical Society, of the South Congregational church of Augusta, and of the American Board of Foreign Missions; a trustee of the Lithgow Library of Augusta and gave freely to many worthy objects.
He had traveled, upon business or for pleasure, in almost every part of the country, spending last winter in Southern California, hoping to get renewed health.
He married in 1859 Olive Augusta, daughter of Col. Nathan Fowler of Fairfield, and she with their two sons, Melvin S. Holway, a lawyer of Augusta, and Charles O. Holway, a business man of Auburn, survives him.