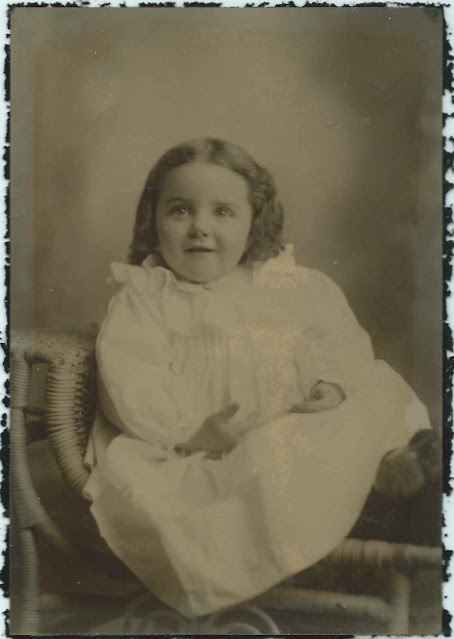 Photograph on glass of a young girl identified on the reverse as Helen Eola Mayo. 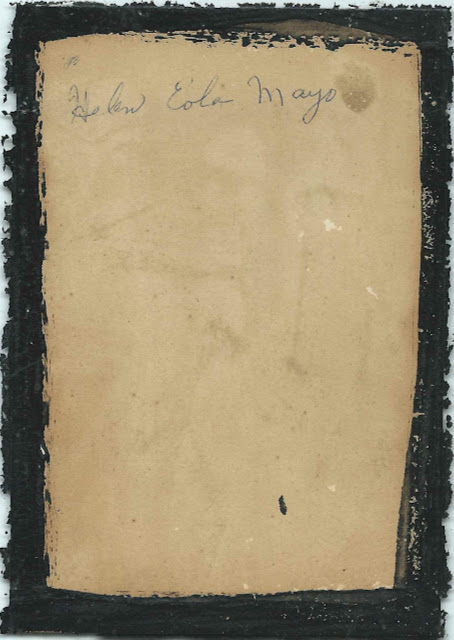 Helen Eola Mayo was born September 26, 1899, the daughter of plumber Benjamin Mayo and Ida A. (Peavey) Mayo.  Ida's father may have been the David Peavey, whose memorial card is featured in another post.

Also found with this photograph were photographs of:
Helen Eola Mayo's name appears in the 1913-1914 annual report of Bangor, Maine, as a student at Hannibal Hamlin School.  Eola, who apparently went by that name rather than Helen, worked as a secretary at the Bangor Public Library, according to city directories, and was involved in the Maine Library Assocation.

Eola died in 1983 and is buried with her parents and other relatives in Mount Hope Cemetery at Bangor.