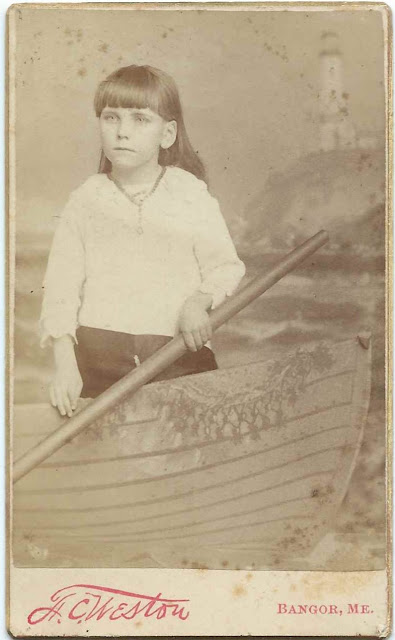 Reverse of the carte de visite above: 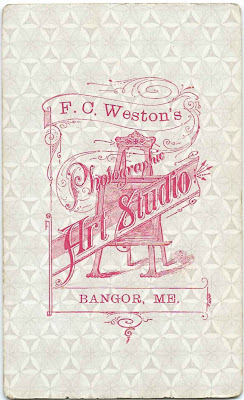 The photographs were found with a memorial card and several other photographs from New Brunswick, Maine and Michigan.
If you recognize any of the people in the CDVs from your family photographs and/or research, or have an idea of identity based on the locale and clues of the identified people, please leave a comment or contact me directly. 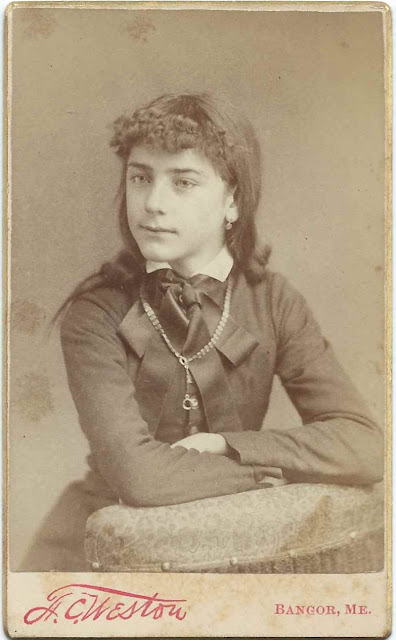 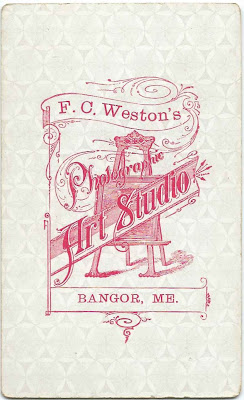 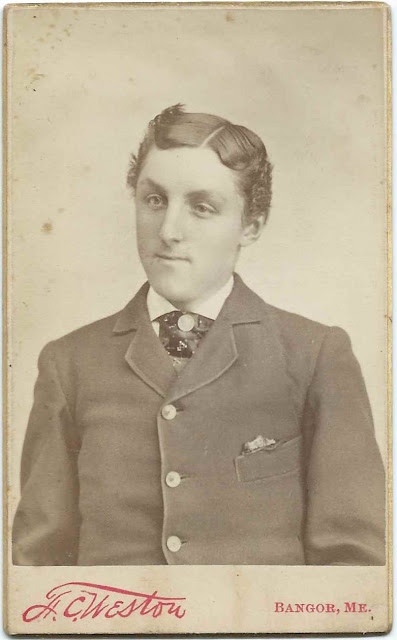 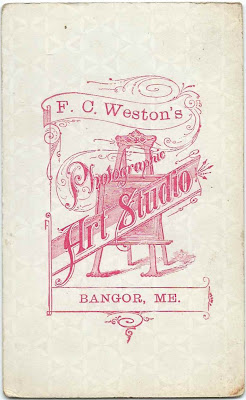 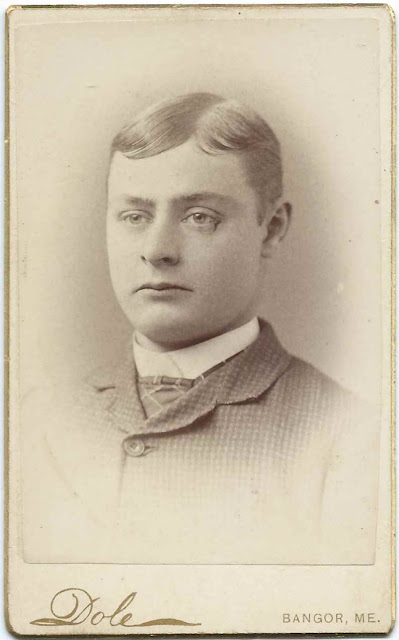 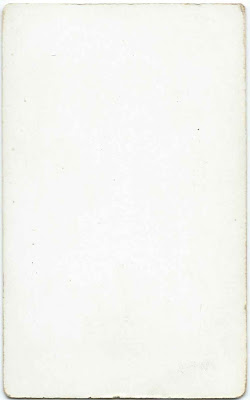 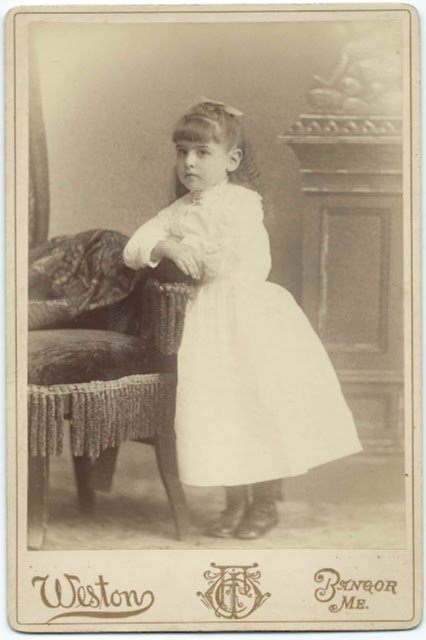 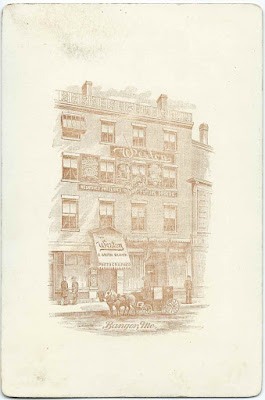 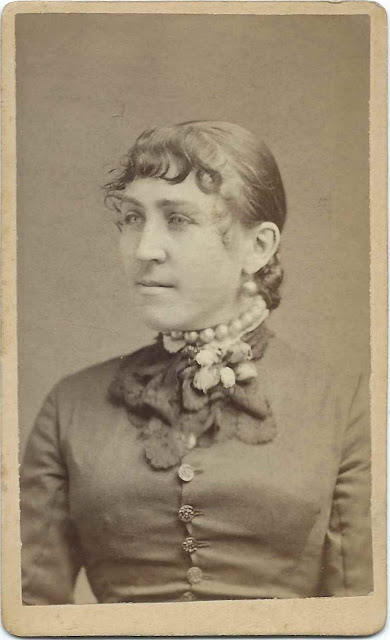 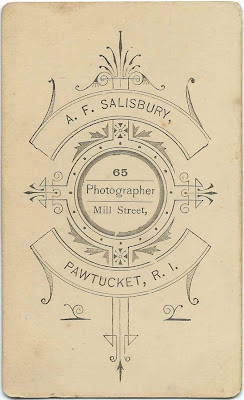 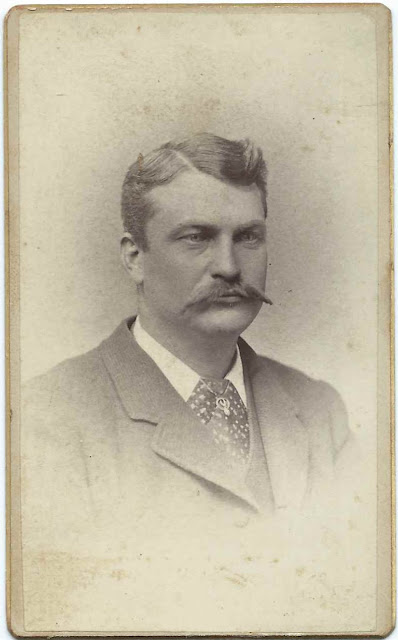 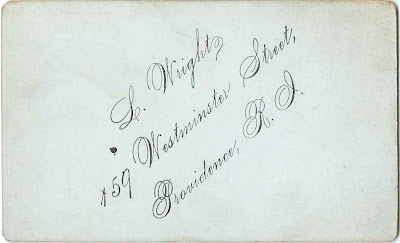 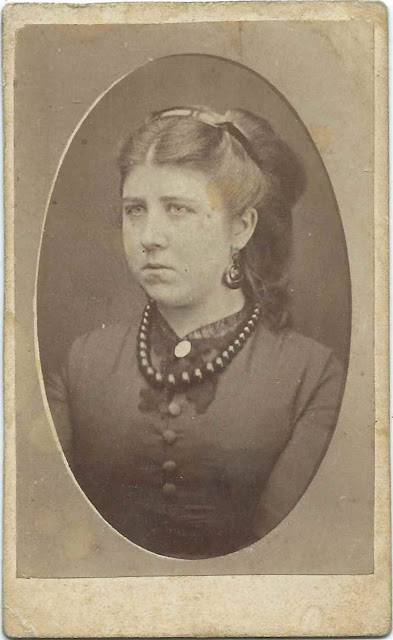 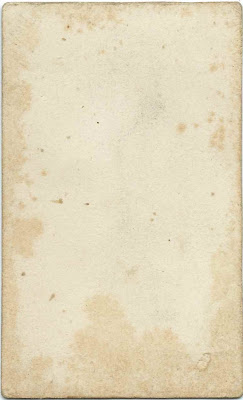 Posted by Pam Beveridge at 7:43 AM