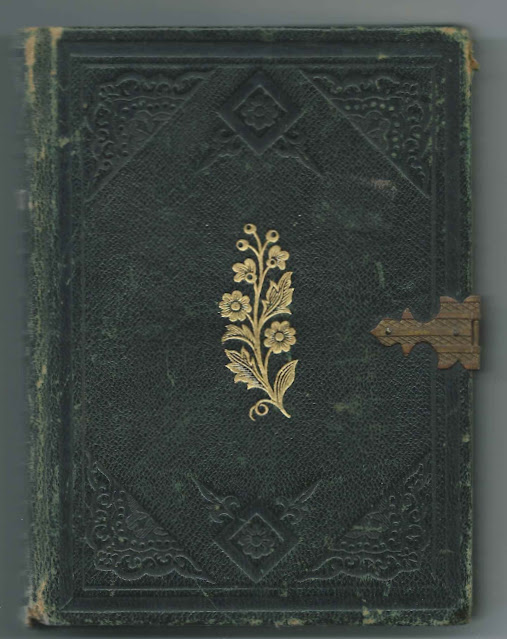 c1870s photograph album with 11 tintypes of the Brown and Miles families of Hinesburg, Vermont and Schoolcraft, Michigan.

Other surnames appearing in the album or appearing in the family history of the people pictured:
The album measures approximately 5-3/4" by 4" and contains eleven tintypes and gem tintypes.  Not everyone is identified, and the identifications appear to have been made after the album was compiled, with at least one mistake.

The tintypes, in page order: 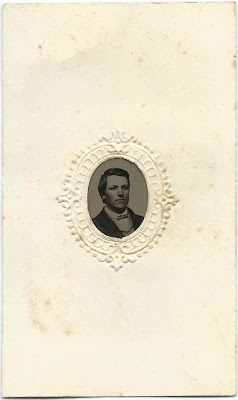 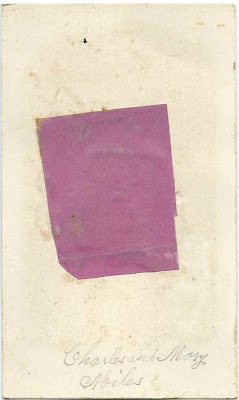 Below, tintype of Amelia Ada Brown and her half-brothers Edward Miles Brown and Addison Makepeace Brown: 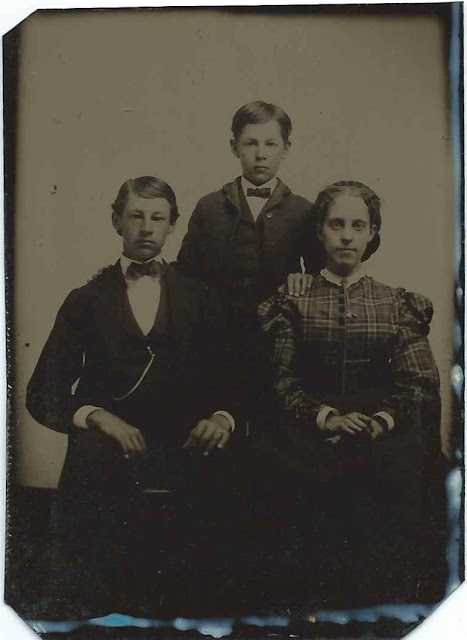 Below: "Auntie May, Allie Peters (Aunt James daughter)".  If you can tease out the identities of Auntie May and Allie Peters, please leave a comment or contact me directly. 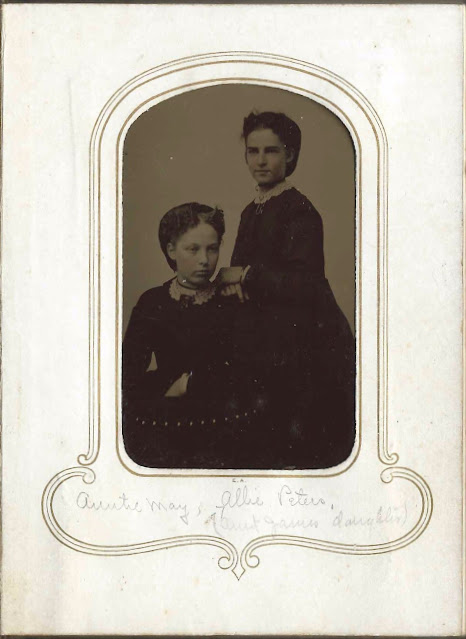 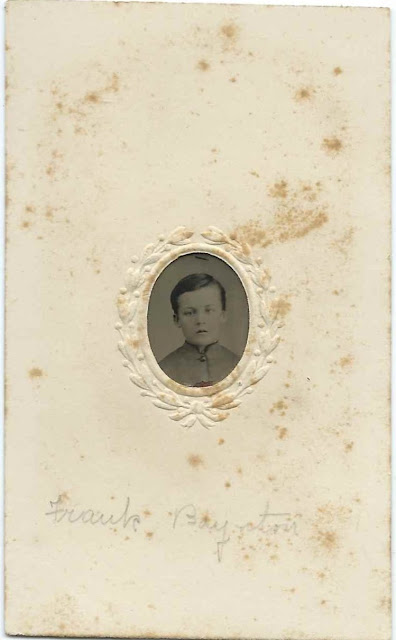