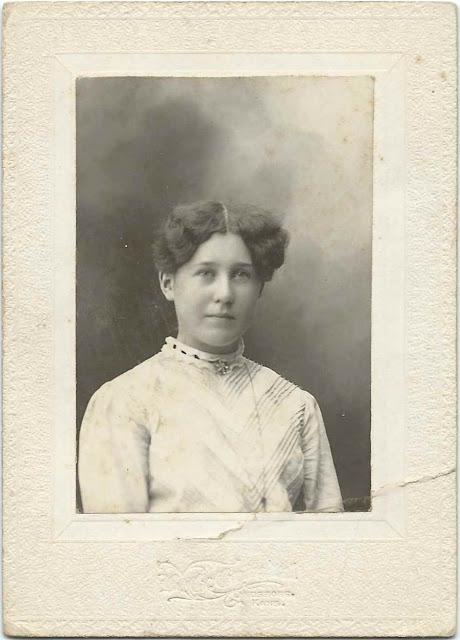 37 photographs, from about the 1890s to the mid 20th century, of people from Illinois,  Kansas, Arkansas, and other Midwest and Western states, including several of the Lindahl and Jadersborg families of Lindsborg, Kansas.

Most of the surnames are Scandinavian and German in origin.  Interestingly, a Lindsborg, Kansas, website indicates that Lindsborg is "Little Sweden, USA". 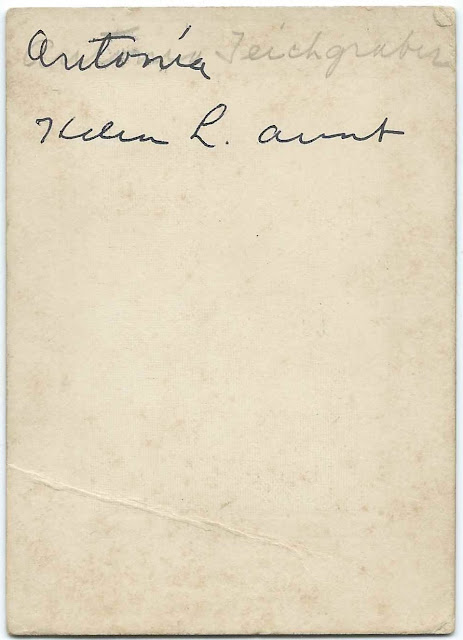 Another photograph shows two young women: Edna Soderstrom of Hoisington, Kansas, and Lydia Jaderborg, presumably of Lindsborg, Kansas.  Interestingly, Lydia J. (Jaderborg) Blomgren, wife of Dr. Carl Blomgren, is buried in St. Mary's Cemetery at Stonington, Maine, which fact might account for how the photographs ended up at an antique mall in the same Maine county, where I purchased them in 2005. 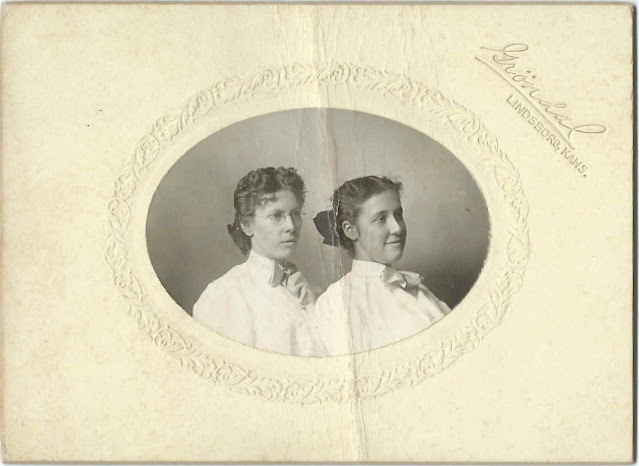 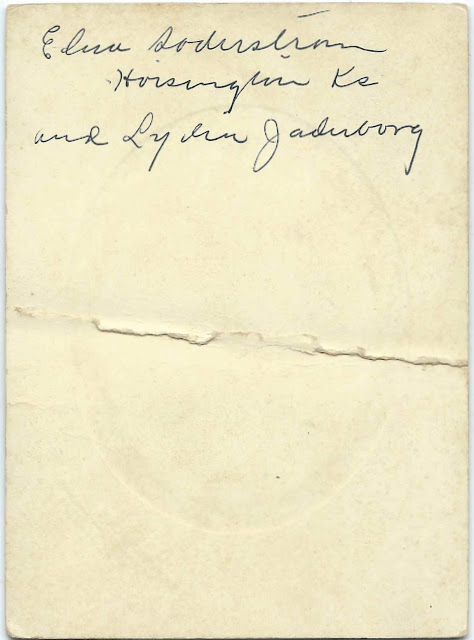 Still another photograph, taken in 1913 by the Martin studio of Chicago, Illinois, shows Rev. Otto Karlstrom and his wife and children. 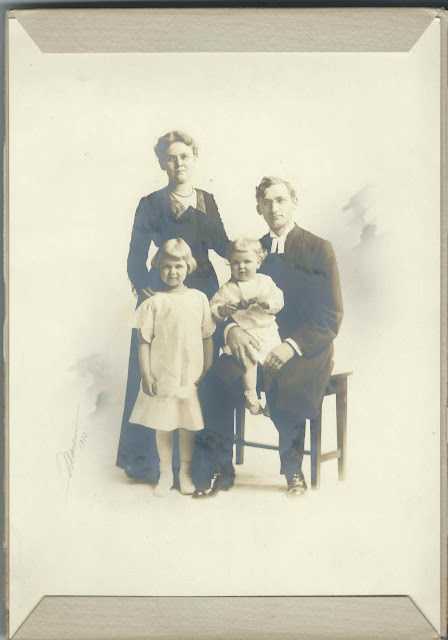 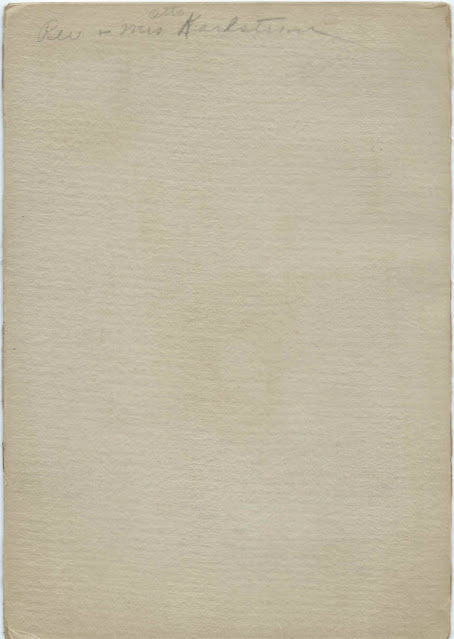 If you recognize any of the names in the photographs, or if you have corrections to my spelling, please leave a comment - being careful to respect the privacy of living people - or contact me directly.

Surnames of People in the Photographs