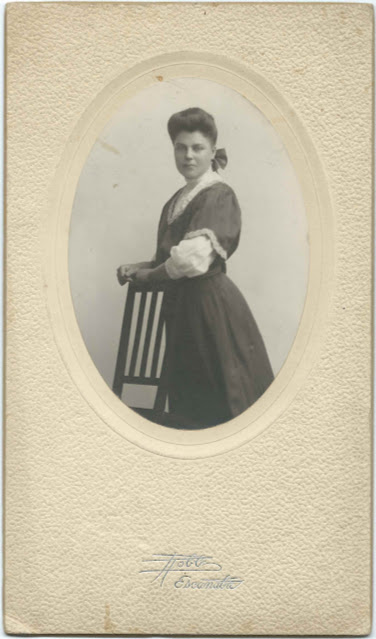 Two photographs of a woman identified on the reverse as Bertie Way, presumably Alberta Mabel Way.  The photographs were taken by the Ford studio and the Hobb studio, both of Escanaba, Michigan.

The photograph was found with a few other photographs and a memorial card; those identified: 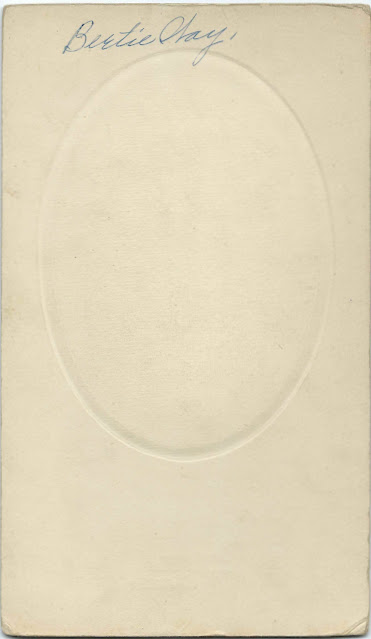 The family was living at Southampton parish in York County, New Brunswick at the time of the 1901 Census of Canada.  By 1910, it appears that Alberta's mother had died and her father had moved the family to Wells, Michigan. By 1930, she was married to Percy Kyle Bowers.  Alberta died in 1956 and is buried in the Gardens of Rest Cemetery at Wells, Michigan. 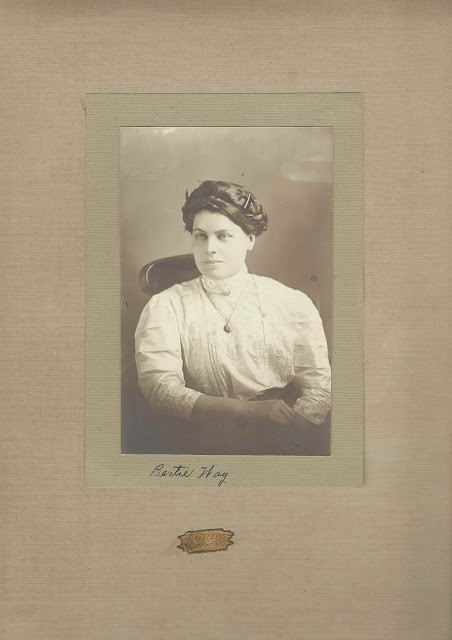 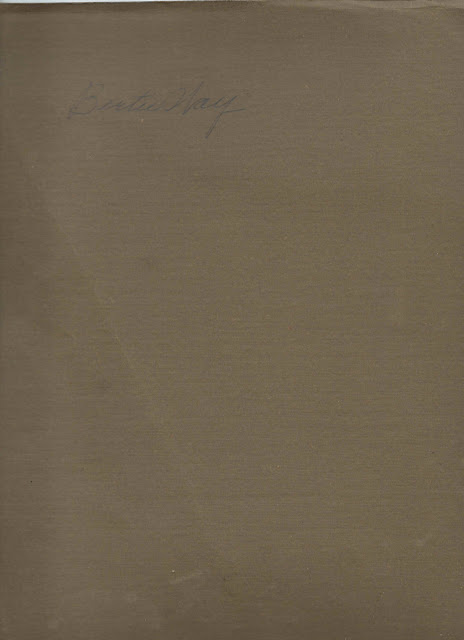