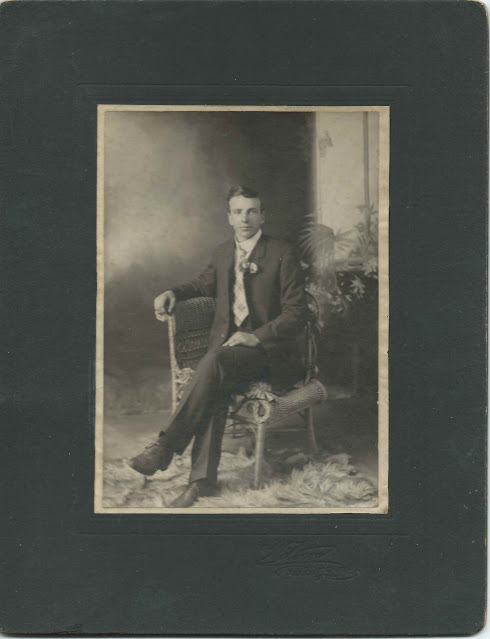 Photograph of a young man identified on the reverse as Percy Leroy Way.  The photograph was taken at the Wilson studio of Woodstock, New Brunswick. 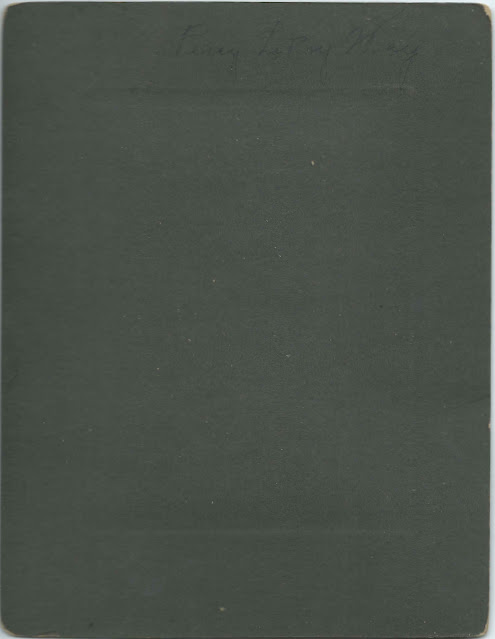 The photograph was found with a few other photographs and a memorial card, including:
From brief online research, hopefully correct - corrections and additions requested:

Percy, a machinist, and Minnie lived for a while in Michigan and later moved between Maine and New Brunswick.  They had several children.  Leroy died in 1953 and is buried with Minnie, who died in 1985, in the Hillman Cemetery Ritchie Extension at Ritchie, New Brunswick.