Late 19th/Early 20th century photograph album, approximately 5-1/2" x 4-1/2", that was acquired in Maine and may or may not be of scenes and people from Maine, though it's definitely a locale that affords ice boating.   See the album in its entirety at the end of this post.

Sadly, there's no identification in the album and nothing written on the photographs, except for the word "Friends" on a photograph of two dogs.

The ice boat or boats:

There are two photographs of Indians, presumably at a demonstration or parade. 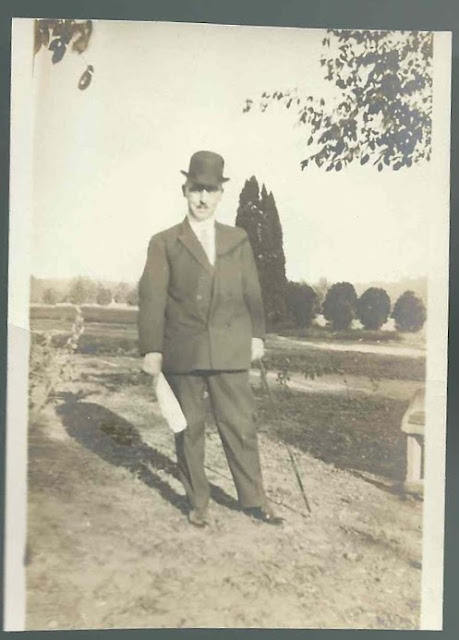 Is this man photographing a river in spring runoff?  There's a danger sign at lower left.

Did someone add a halo to the photograph?

Recognize the abbreviation or symbol on the overhang?

Any comments regarding locale or identity would be most welcome!

See the photograph album in its entirety on YouTube.

Posted by Pam Beveridge at 9:24 AM