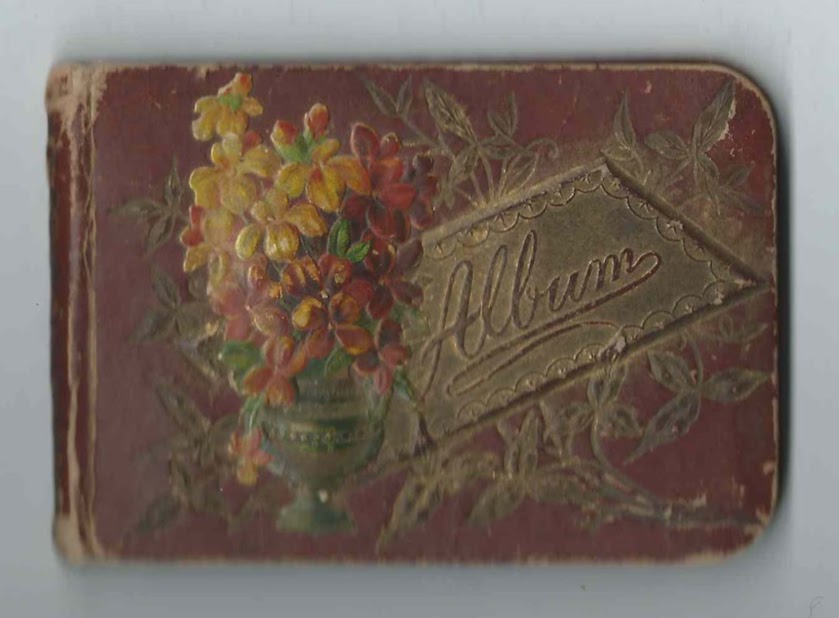 The album measures approximately 4" x 2-1/2" and contains only ten sentiments, of which two may have been inscribed by the same person.  An alphabetical list of the signers, together with any personal information they offered, appear at the end of this post.

Assuming I have the correct person, Angela Brown was born February 5, 1875 at Lynnfield, Massachusetts, the daughter of Harrison G. and Ann J. (Haley) Brown.  On September 8, 1915 at Bremen, Maine, Angela became the second wife of John Stoey Keely, son of William and Lucy Ann (Stacy) Keely who were living in West Virginia at the time of his birth.

John had previously been married to Louise Taft (Farnum) and had two sons with her.  Angela and John had at least one child, a daughter Dorothy E. Keely.   The 1920 Census found John, Angela, Dorothy and John's two sons from his previous marriage at Loudon, West Virginia.

The 1930 Census found John, Angela and Dorothy in Cincinnati.  I found where a Dorothy E. Keely died in Ohio in 1937.  I hope it wasn't this Dorothy. Eventually they returned to Maine where they're listed in a 1944 Portland directory.  I don't have a death date for Angela, but John, a centenarian, died in 1977. 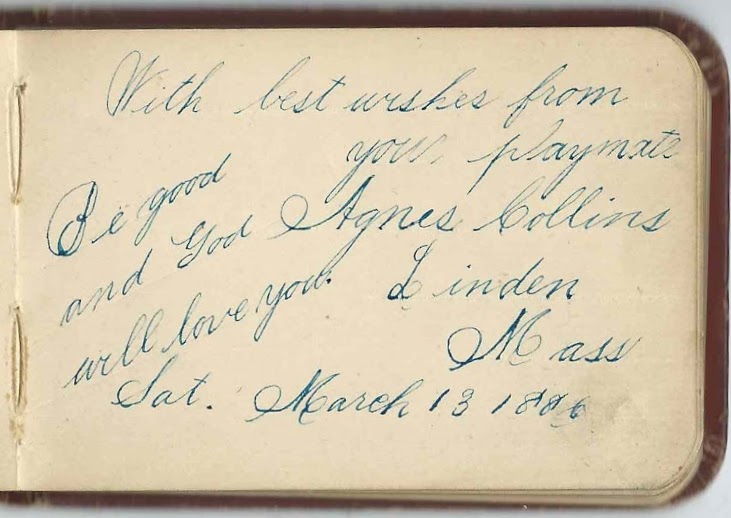 Abbie Nunn of Linden, Massachusetts, inscribed a page on May 16, 1886. 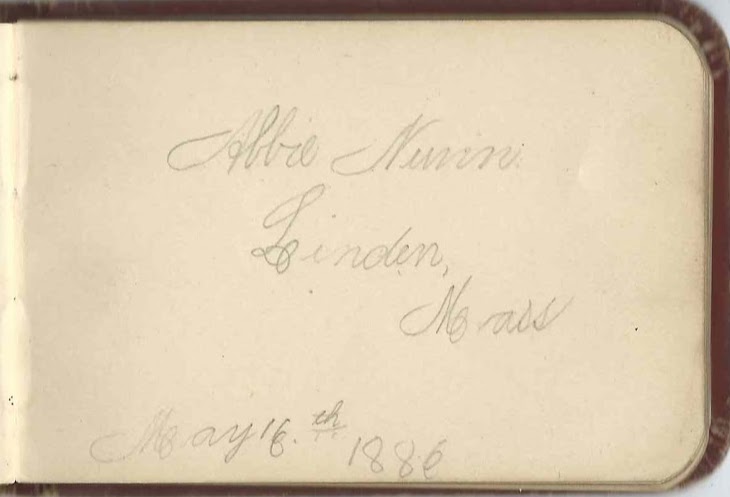 Nellie Nunn inscribed a page at Linden, Massachusetts, on May 15, 1886. 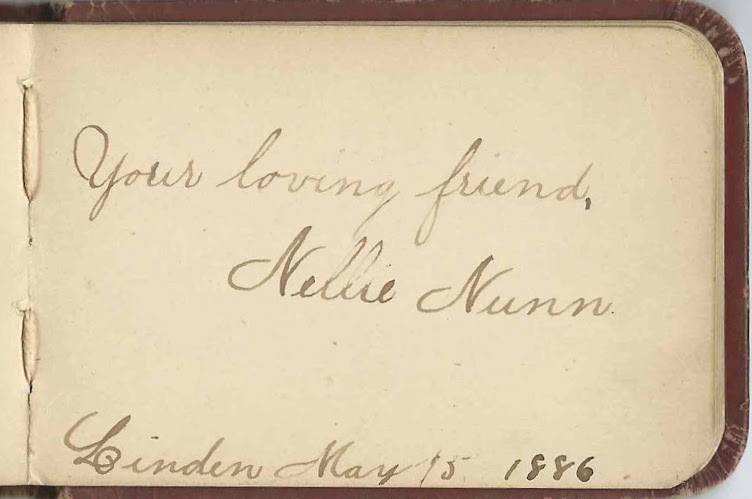 Elva I. Gove of Lynnfield, Massachusetts, inscribed a page on March 20, 1885. 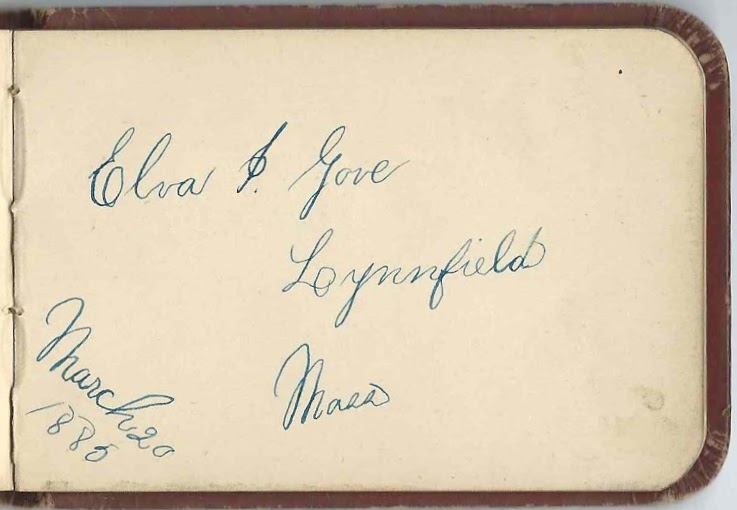 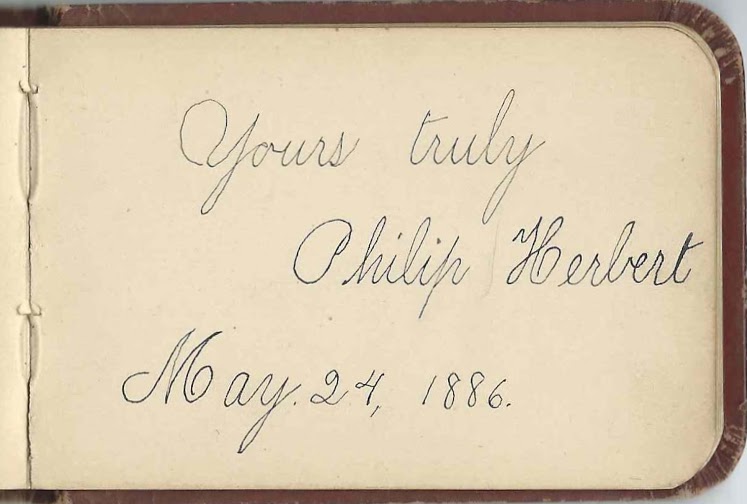 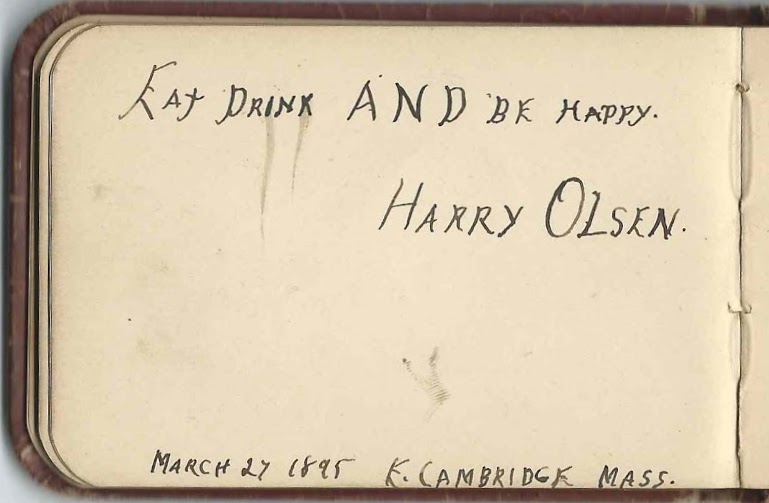 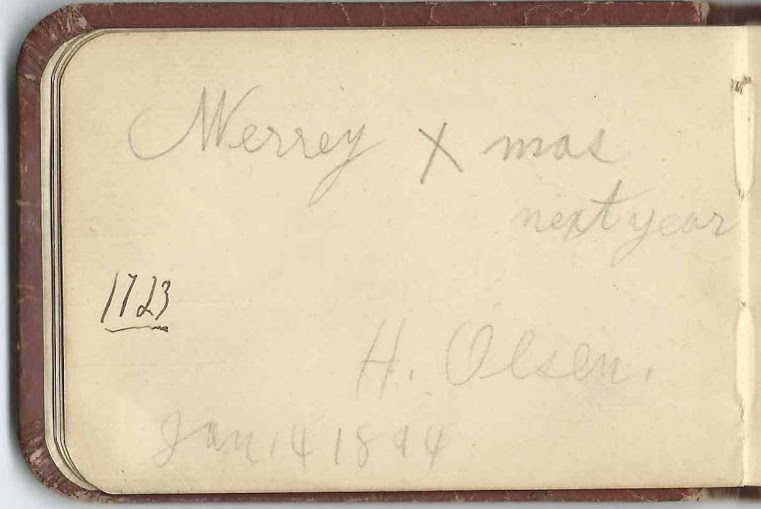 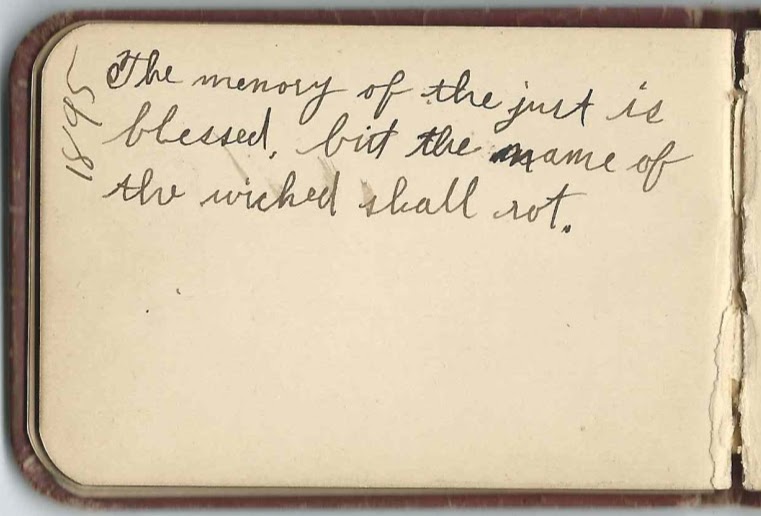 Signers in the album, listed alphabetically


Linden, Massachusetts, in the City of Malden

Posted by Pam Beveridge at 5:18 PM