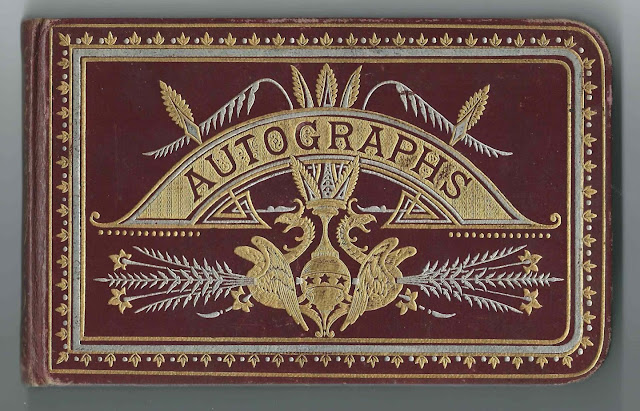 1879-1884 autograph album that belonged to Annie Laura McMurray of Wadesboro, North Carolina, with many of the sentiments acquired while Annie was a student at the Charlotte Female Institute at Charlotte, North Carolina, still in existence as Queens University of Charlotte.

T. W. Steele, Jr., gave the album to Annie, as noted o the inside front cover. 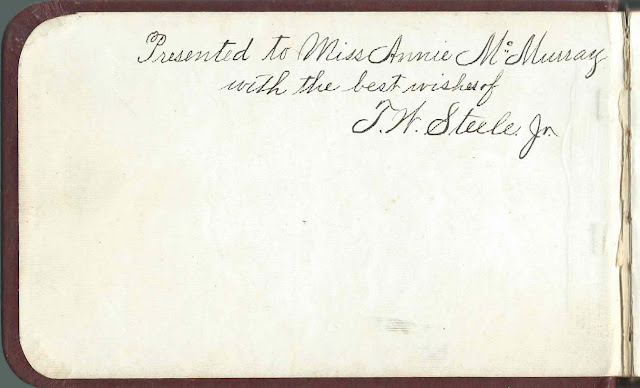 The album measures approximately 7" x 4-1/4" and contains the sentiments of 36 of Annie's friends and schoolmates.  An alphabetical surname list and an alphabetical list of the signers, together with any personal information they offered, appear at the end of this post. 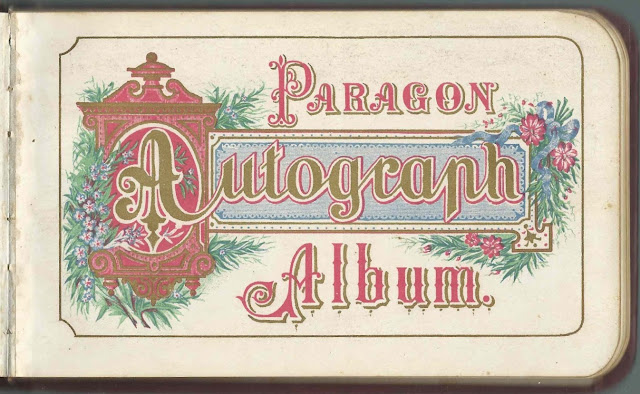 Annie Laura McMurray was born May 24, 1863 in Union County, North Carolina, the daughter of Joseph Walkup McMurray and his first wife, Sallie Howard, who died in 1871.  I believe that Annie had two full siblings, a sister and a brother, and two half-sisters from her father's second marriage to Julia Ann Little.

As noted above, many of the signers were Annie's fellow students at the Charlotte Female Institute.  Some of them mentioned the school's initials, as did Katie C. Johnston of Rock Hill, South Carolina, who inscribed her page on January 22, 1880. 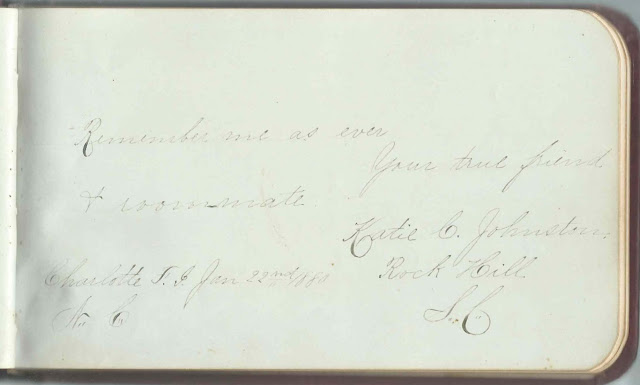 And Hattie Avery of Morganton, North Carolina, who inscribed her page on February 2, 1880.  See the list of signers below for the names of more students. 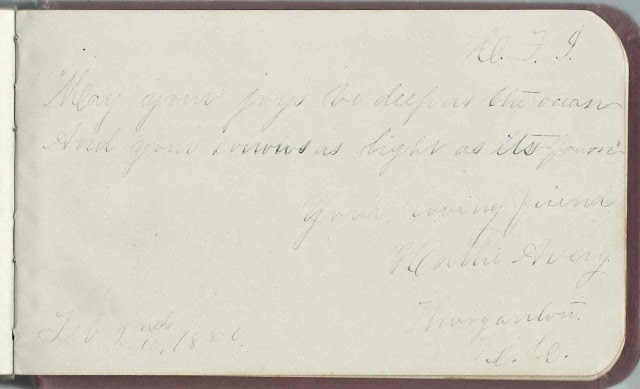 On May 20, 1885, Annie married grocer James Osgood Andrew Craig, son of William Evans Craig and Margaret (Parke) Craig.  I believe Annie and James had two children, a daughter and a son.  James died in 1924 and Annie in 1926; they're buried at the Eastview Cemetery at Wadesboro, North Carolina.