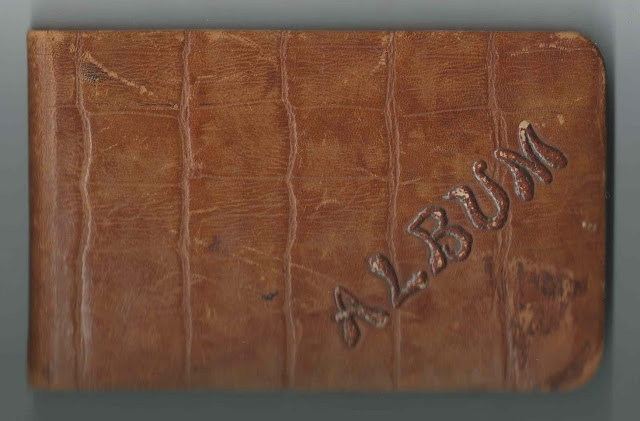 1888-1890 autograph album that belonged to Irving L. Emerson of Sauk Centre, Minnesota.  The family name had originally been Amundson.  There's a tree on ancestry.com with many family photographs attached.

Sadly, the illustrations interspersed throughout outnumber the autographs, of which there are only three. 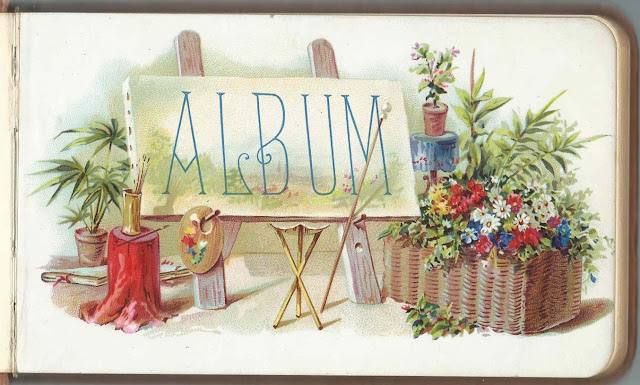 The album measures approximately 7" x 4-1/4" and has embossed leather covers, with the word "Album" standing out even more.  Images of the signed pages in the album are shown below, in alphabetical, rather than page, order. 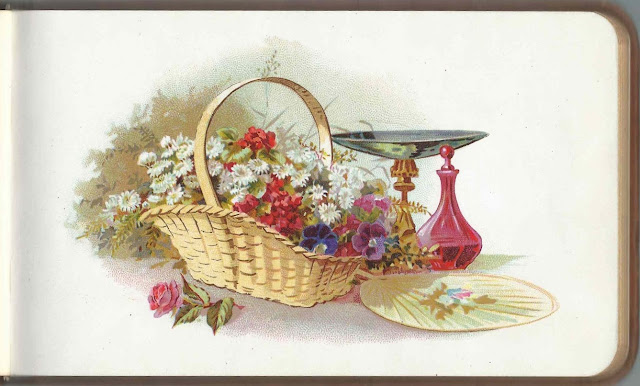 Irving L. Emerson was born October 3, 1876, at Rochester, Minnesota, the son of Christian Andreas Amundsen and Jeanie (Whyte) Amundson, who were born in Skien, Norway and Kinross, Scotland, respectively.

Of Irving's five or six siblings, only one, Walter Hellmer Emerson, inscribed a page in the album, which he did on on January 16, 1890 at Sauk Centre, Minnesota. 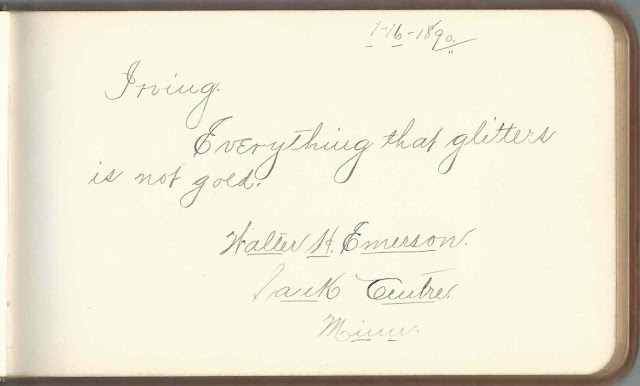 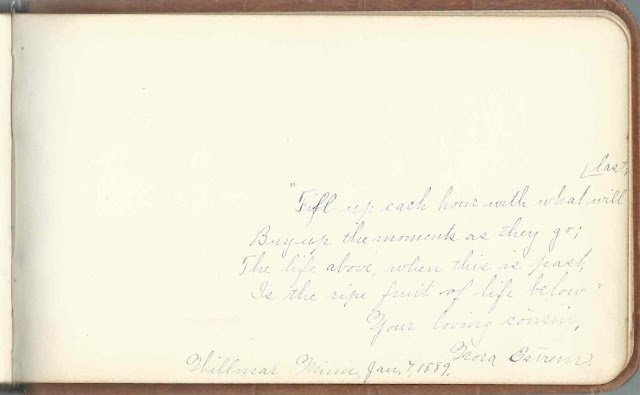 Ophy Stiles inscribed a page at Sauk Centre, Minnesota, on June 1, 1888.  Hers was the first handwritten page in the album.  Ophy was Mary Sophia Stiles, daughter of Albert M. Stiles and Mary Wilson (Teeters) Stiles. 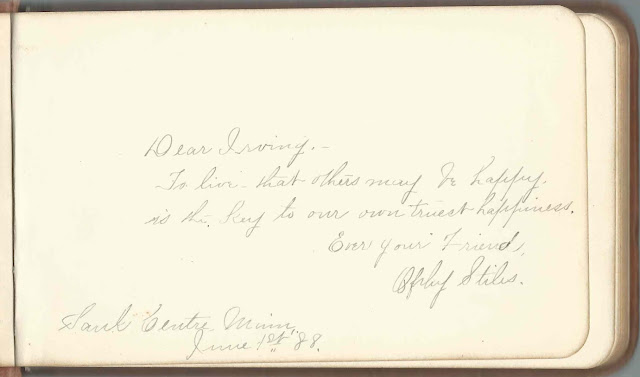 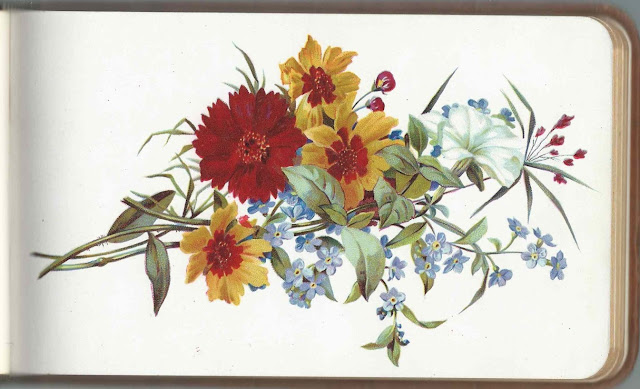 On 20 February 1913 at Salt Lake City, Utah, Irving L. Emerson married Agnes Beatrice Dunn, daughter of Nicholas Joseph Dunn and Julia Edith (MacIntosh) Dunn.  Agnes was born May 16, 1875 in Pennsylvania.  By 1920, the couple was at Denver, Colorado, and by 1930, they had moved to California.  They had at least one child, a son.  Irving worked as a drug salesman. 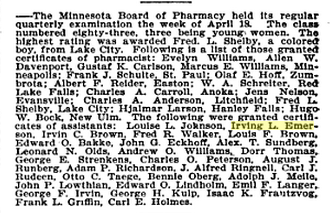 Agnes died in 1967 and Irving in 1973; they're buried at Hayward, California with their son and other family members.  If you have corrections and/or additions to the information above, please leave a comment or contact me directly. 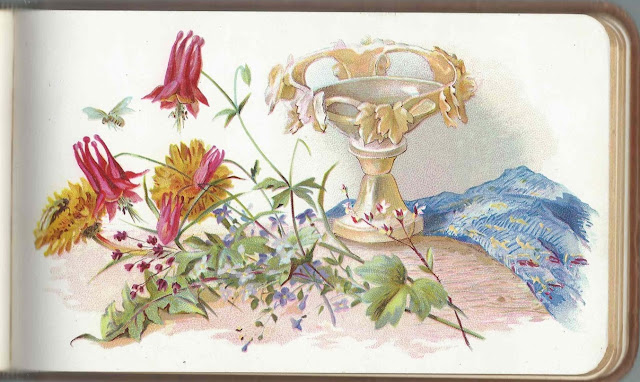 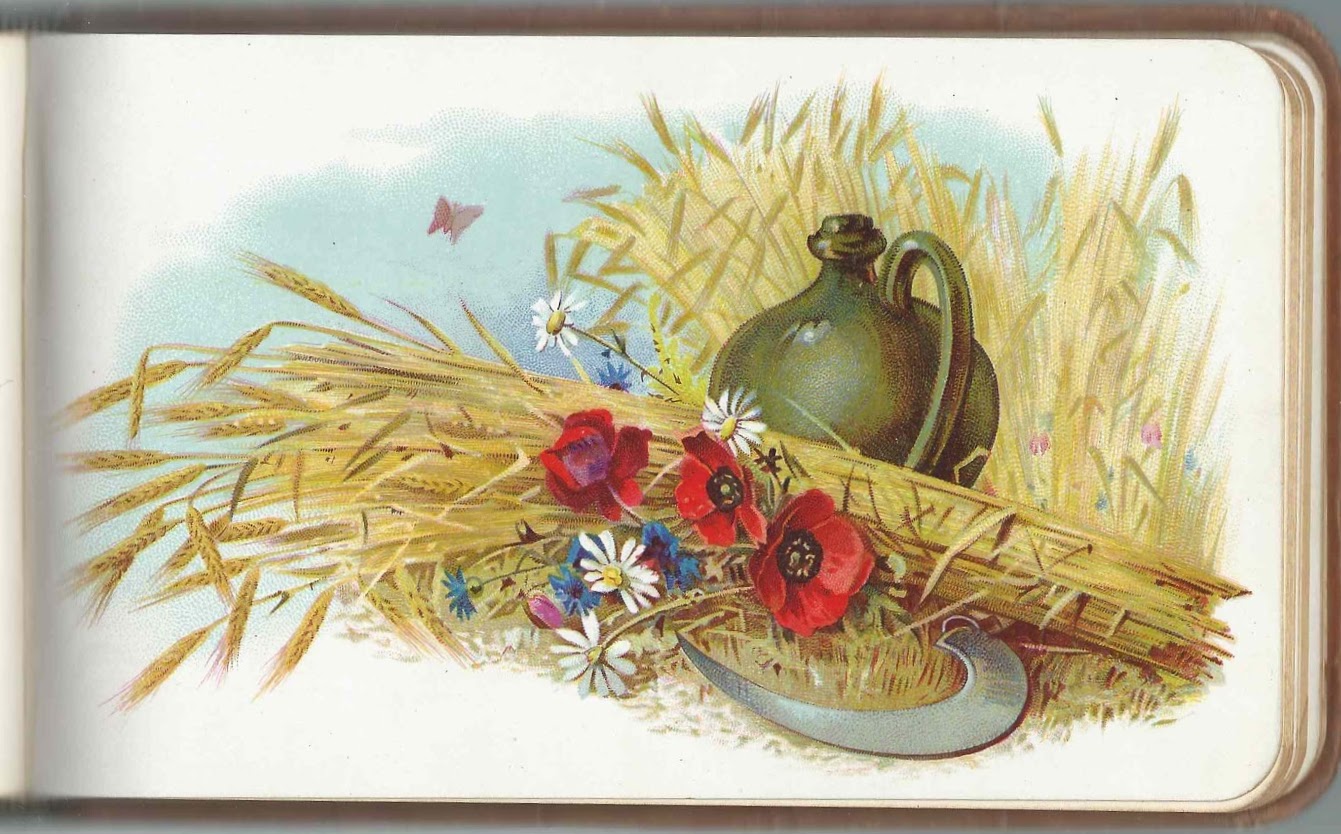 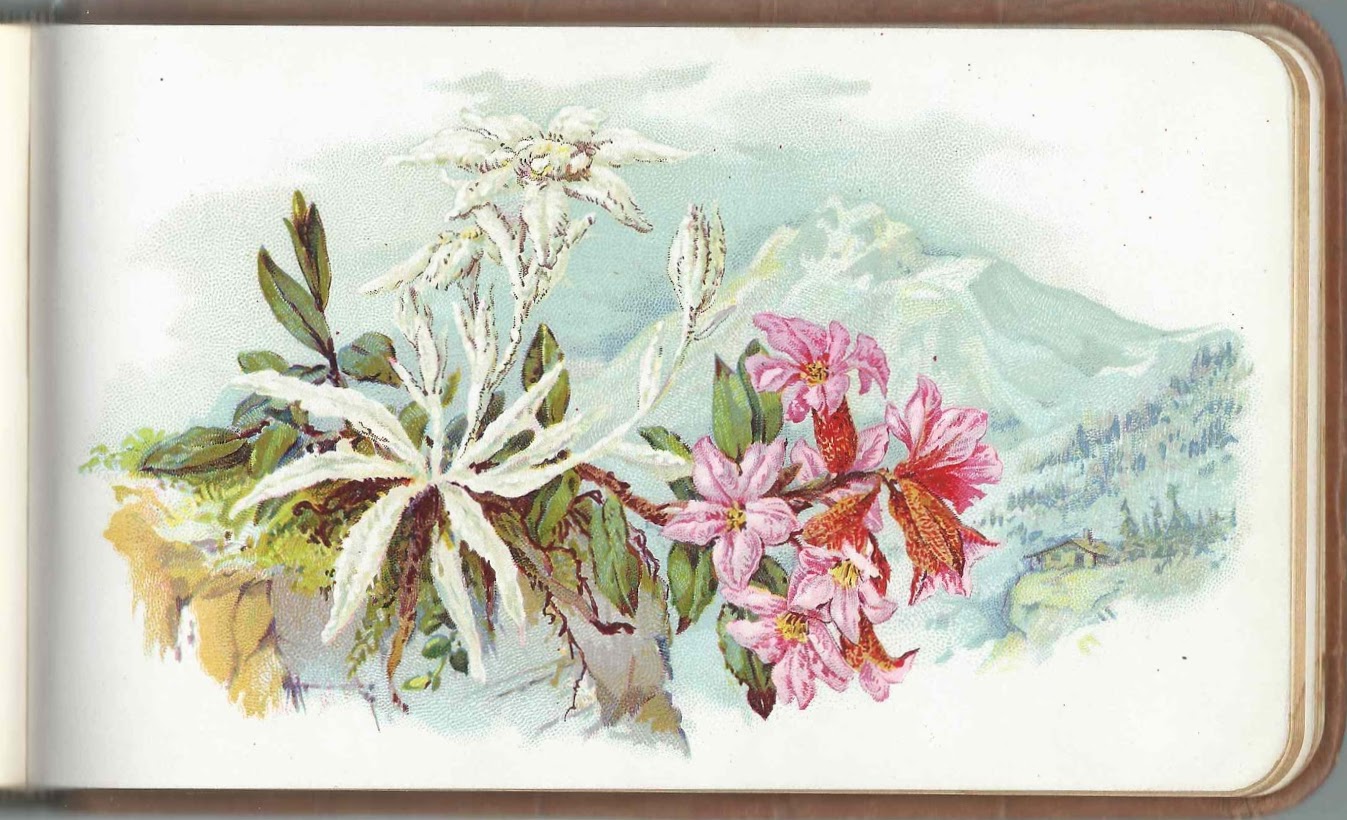 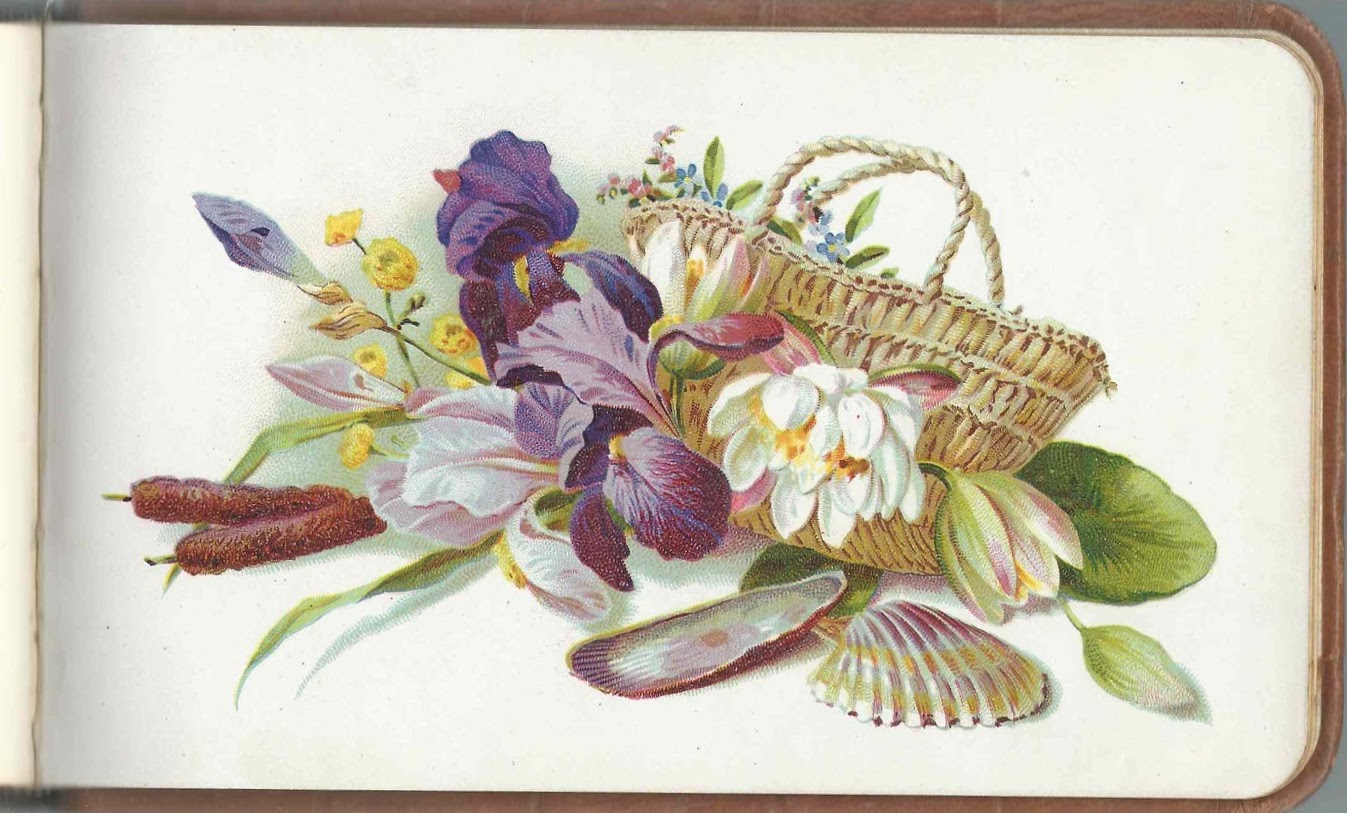 Posted by Pam Beveridge at 9:31 AM