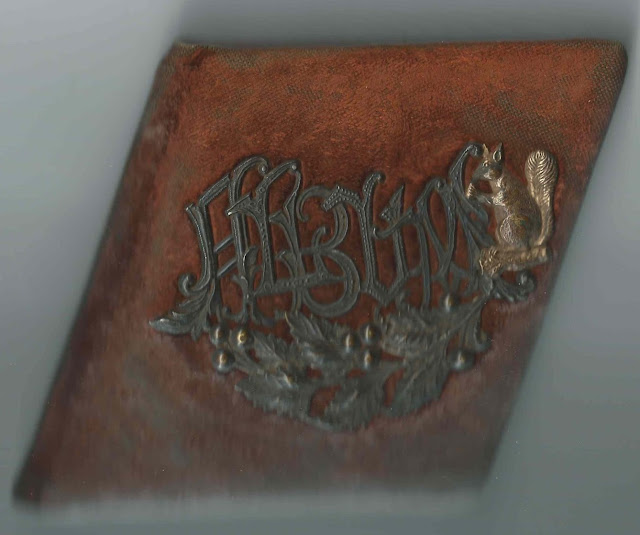 1890-1899 autograph album that belonged to Daphne King Carraway of Wilson, North Carolina, with many of the autographs collected while she was at the State Normal and Industrial College at Greensboro, North Carolina; she graduated in 1902.

The album is diamond-shaped and has a metal ornament on the front cover with the word "Album" and a tree branch with a brass colored squirrel.  It contains 34 sentiments of Daphne's sister, teachers and, presumably, classmates.  An alphabetical surname list and an alphabetical list of the signers, together with any personal information they offered, appear at the end of this post.

Daphne King Carraway was born October 23, 1881 in North Carolina, the daughter of William Pope Carraway and Sarah (Daniel) Carraway, both North Carolina natives.  Daphne had, I think, at least six siblings, but at least of three of them died in infancy.  Older sister Irma Louise Carraway inscribed three pages in Daphne's album, and possibly four. 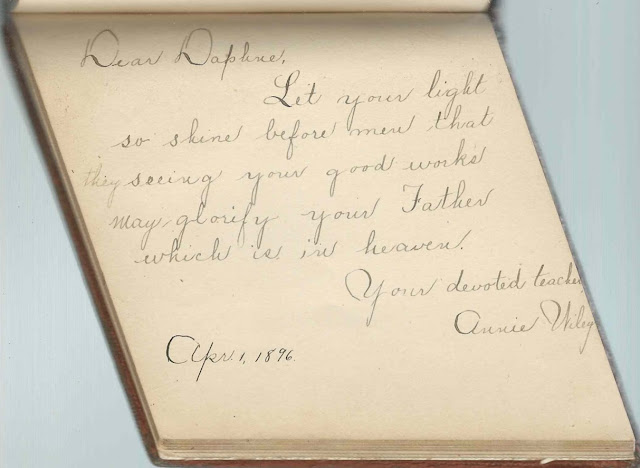 Perhaps a reader can translate this page signed by Daphne's teacher. 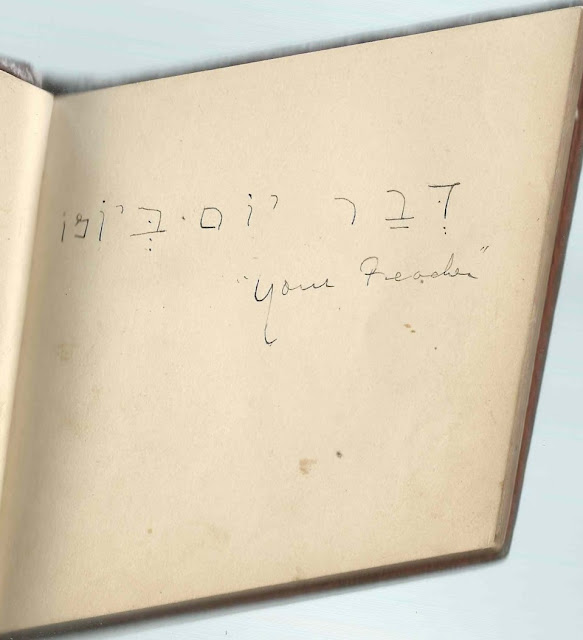 Neither Daphne nor Irma married.  Daphne was involved in education, as a teacher and administrator.  She took a great interest in story telling and was known as the "Dixie Story Lady".   Her papers (1902-1934), including bulletins, programs, pamphlets, photographs and more were donated to the State of North Carolina by her sister Irma.  Even better, the items have been digitized; there's also a brief biography.

Daphne King Carraway died in 1933.  Irma, also a teacher, lived until 1966.  She and Daphne are buried with their parents and siblings at Maplewood Cemetery at Wilson, North Carolina.


Signers in the album          [Note: Given names within a specific surname may not be in alphabetical order.]

Posted by Pam Beveridge at 6:17 PM