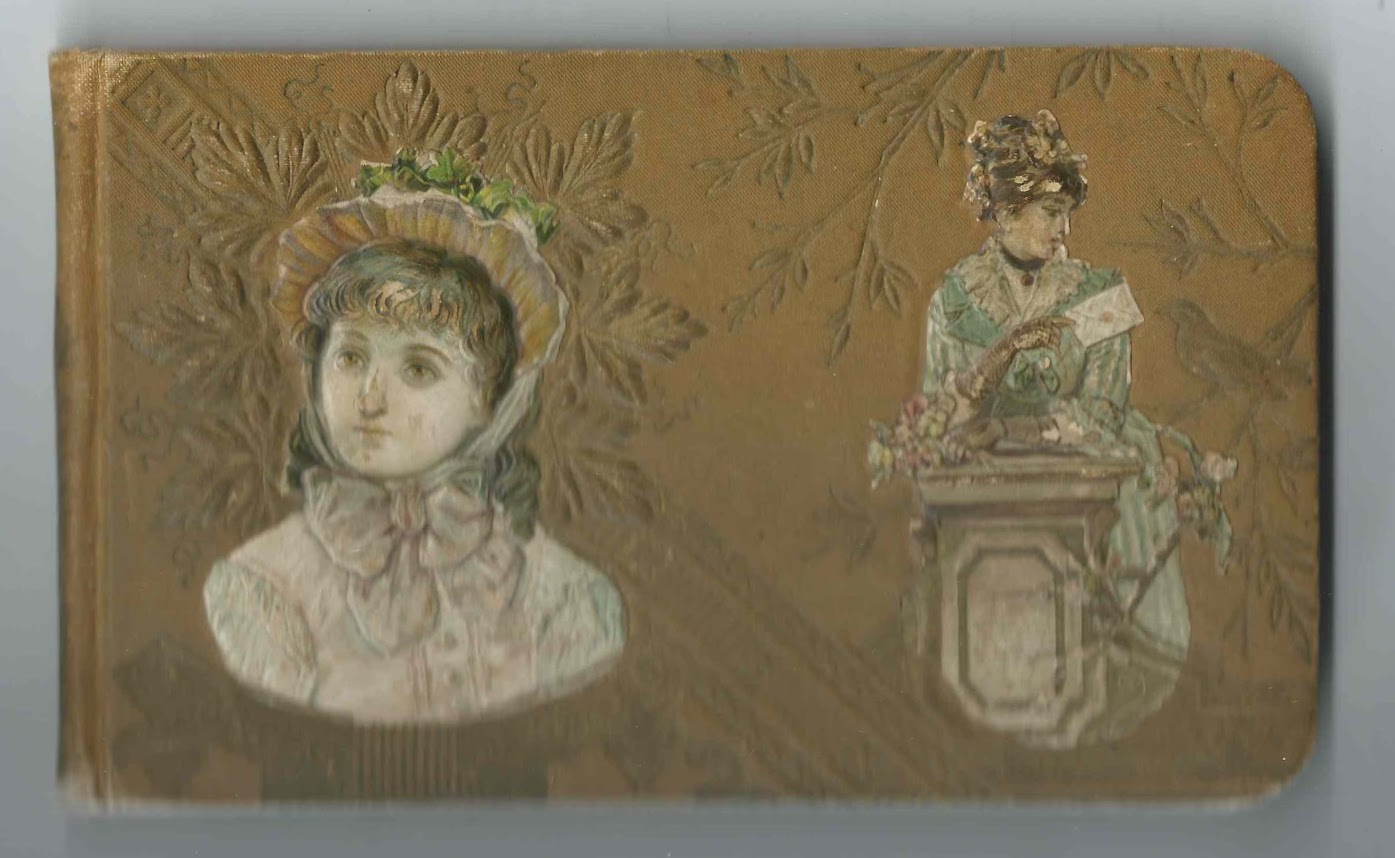 1883-1899 autograph album that belonged to a Hattie from the Hannibal, New York, and Oswego Falls, New York area.  Oswego Falls is located in the city of Fulton, New York.

From clues in the album, I believe Hattie was Hattie Williams, daughter of Albert and Mary (Spurr) Williams, but I welcome alternative theories. 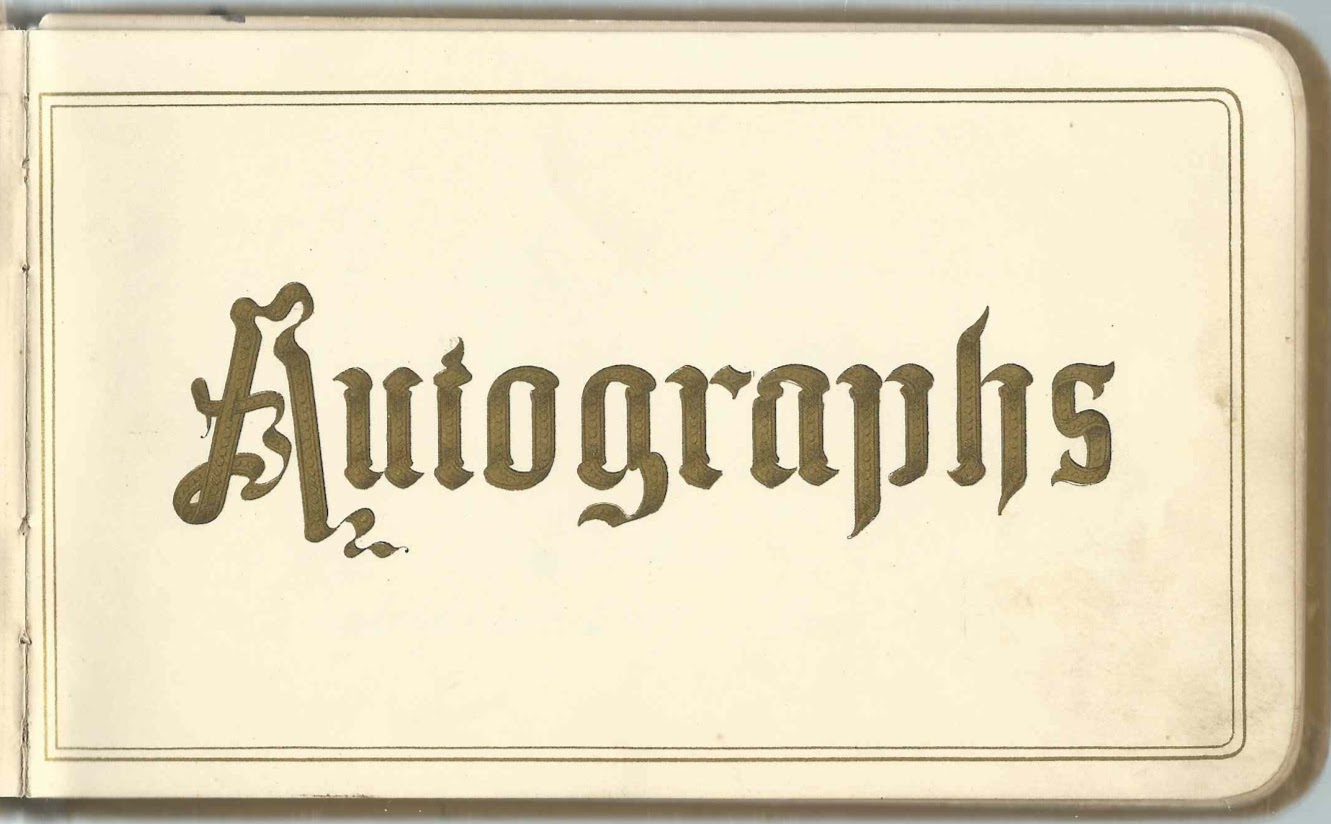 The album measures approximately 7" x 4-1/4" and contains the sentiments of 33 of Hattie's relatives and friends.  An alphabetical surname list and an alphabetical list of the signers, together with any personal information they offered, appear at the end of this post.

One signer, Mabel Williams, indicated that she was Hattie's sister on the page she inscribed on August 14, 1895.  She may have been a sister or a sister-in-law. 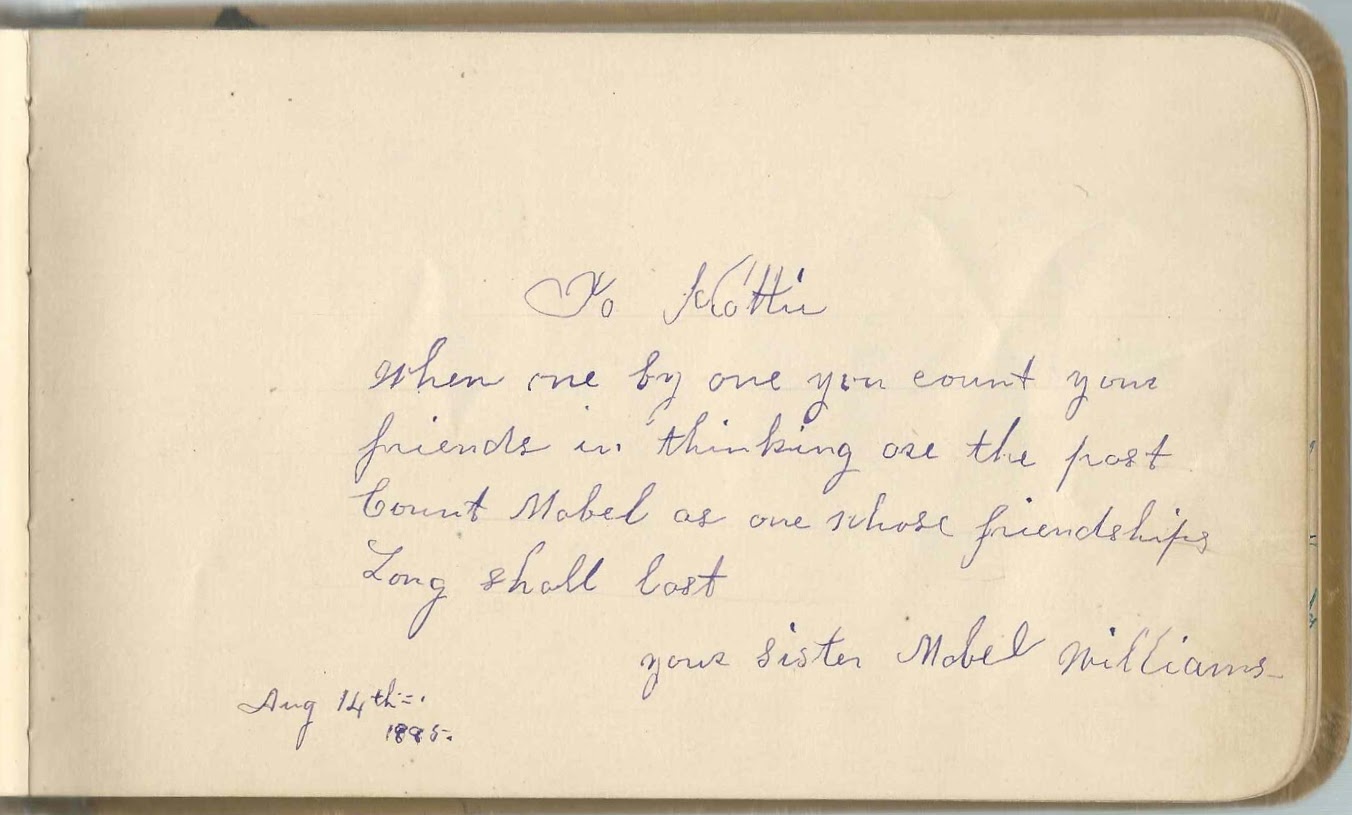 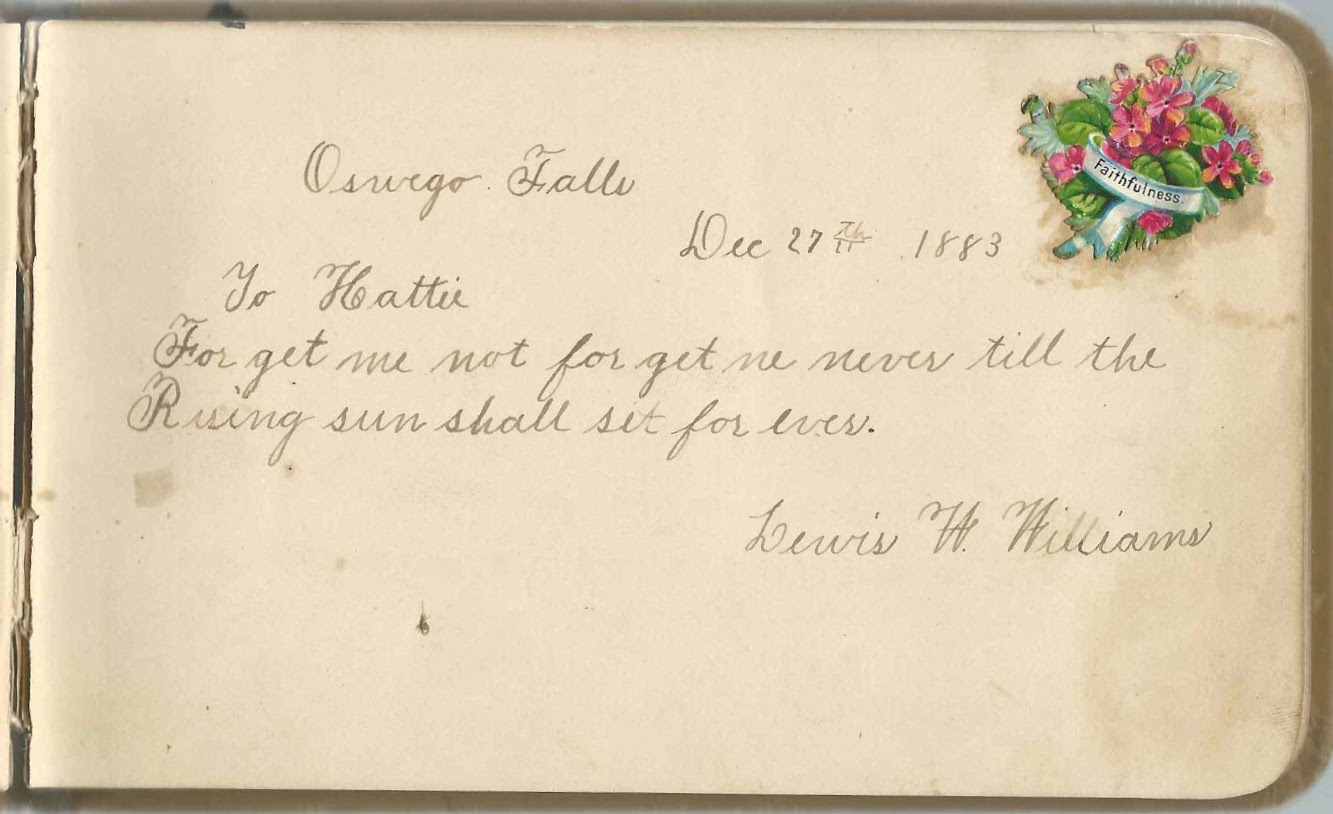 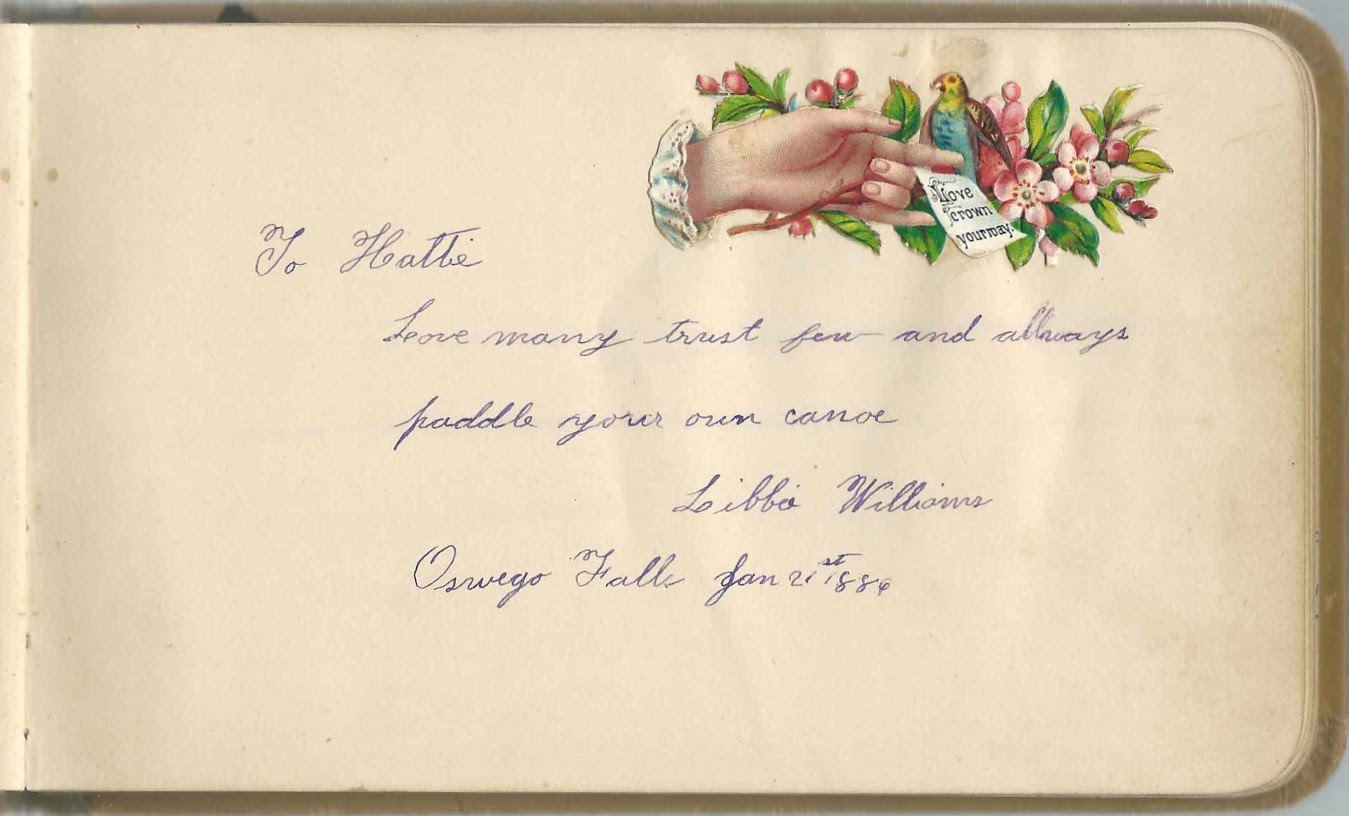 H. H. Spurr called himself Hattie's cousin; his father Edwin Spurr was a brother to Hattie's mother Mary (Spurr) Williams.  Edward H. Spurr inscribed a page at Wolcott, New York, on December 18, 1884, but did not specify a relationship with Hattie. 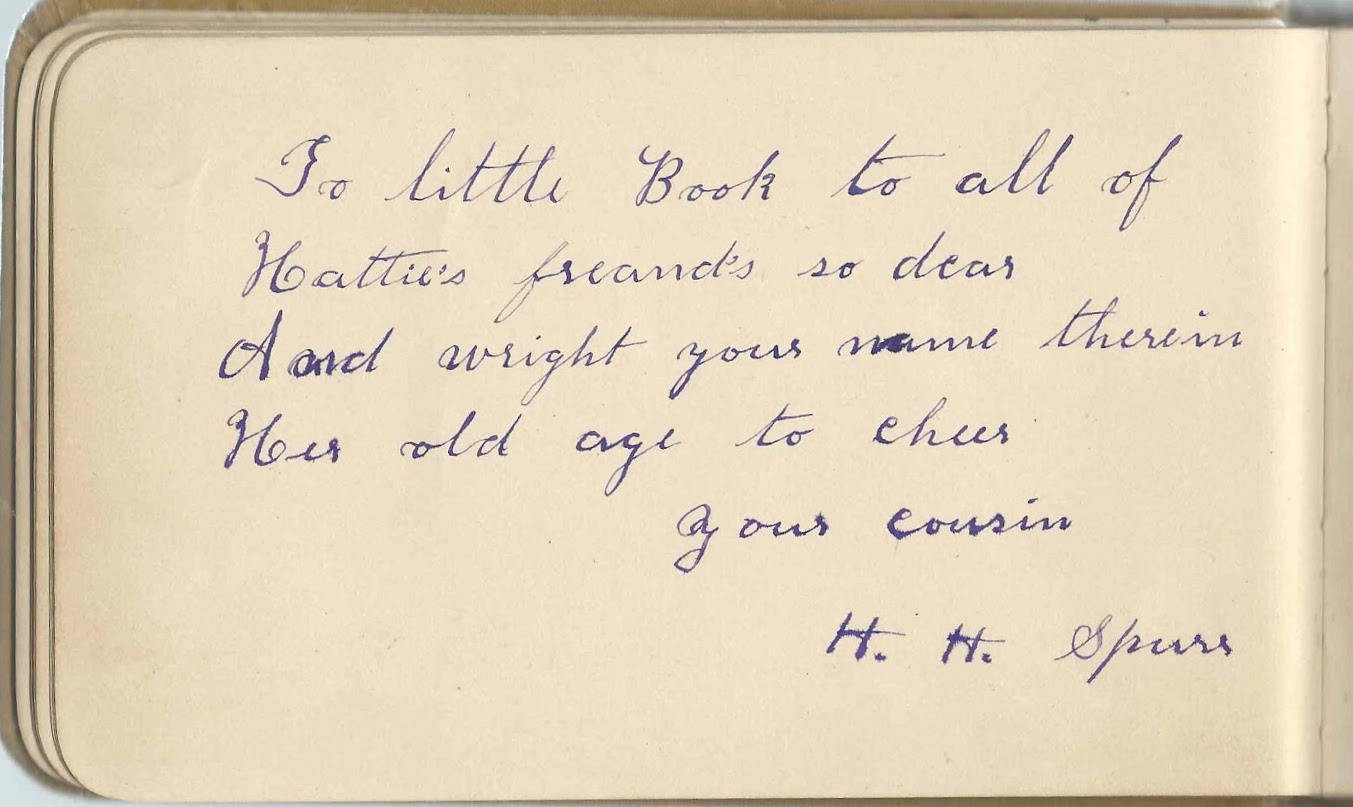 Hattie Williams was born about 1854, the daughter of Albert and Mary (Spurr) Williams.  I found the family in 1870 Census of Hannibal, New York.  After that, I lost track of her because of all of the possible Hatties in and out of the area.  If you have corrections and/or additions to the information above, or more information on any of the signers listed below, please leave a comment or contact me directly.


Signers in the Album           [Note: Given names within a specific surname may not be in alphabetical order.]