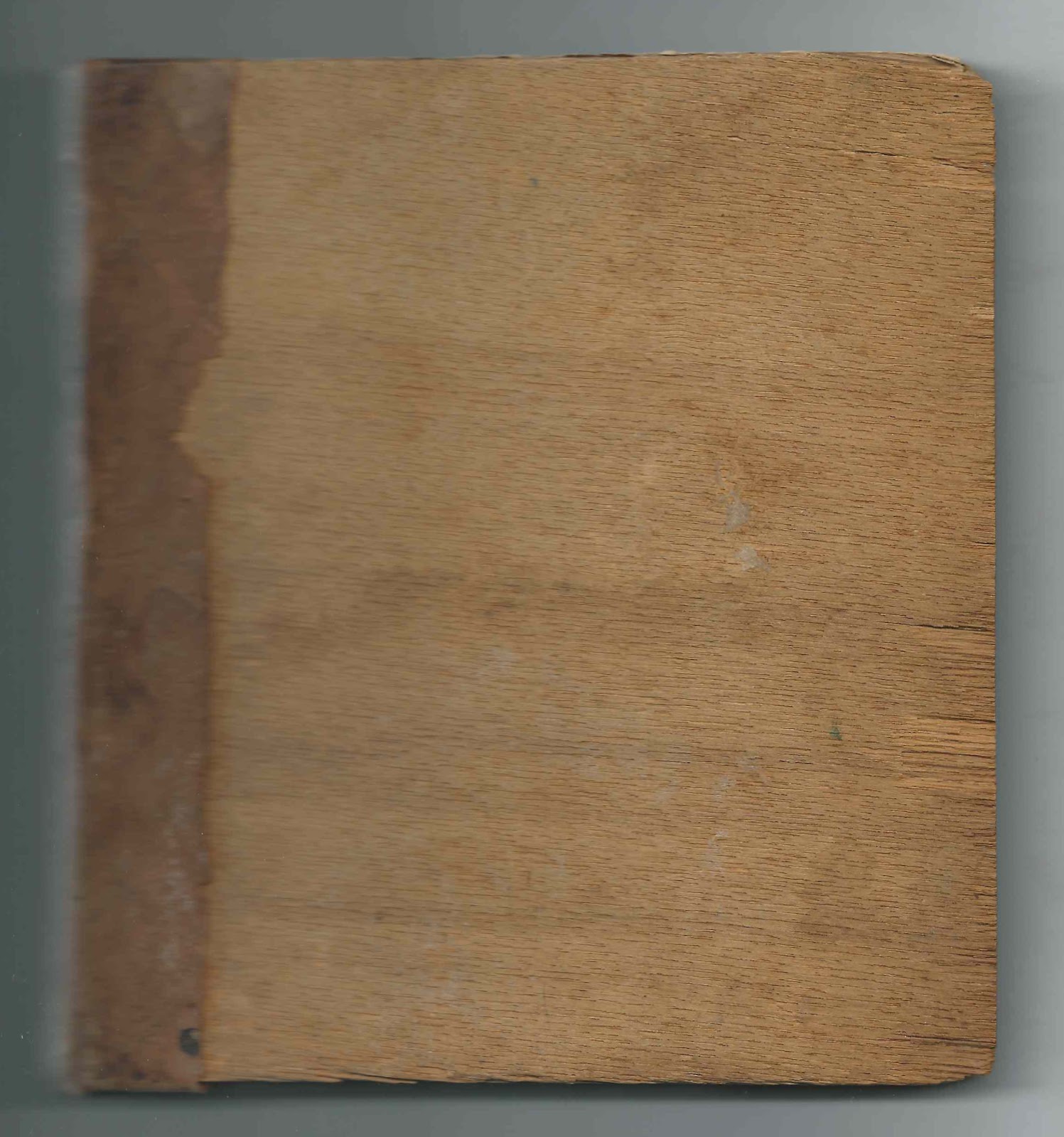 1817 handmade account book of S. Blanchard of, I think, East Braintree, Vermont.  It was sold to me as Massachusetts, but I believe it's Vermont.

There was a Sewell Blanchard in the area; in fact, one page from the other end of the book is headed by the name Sewall Blanchard.  The name E. E. Claflin is also written. 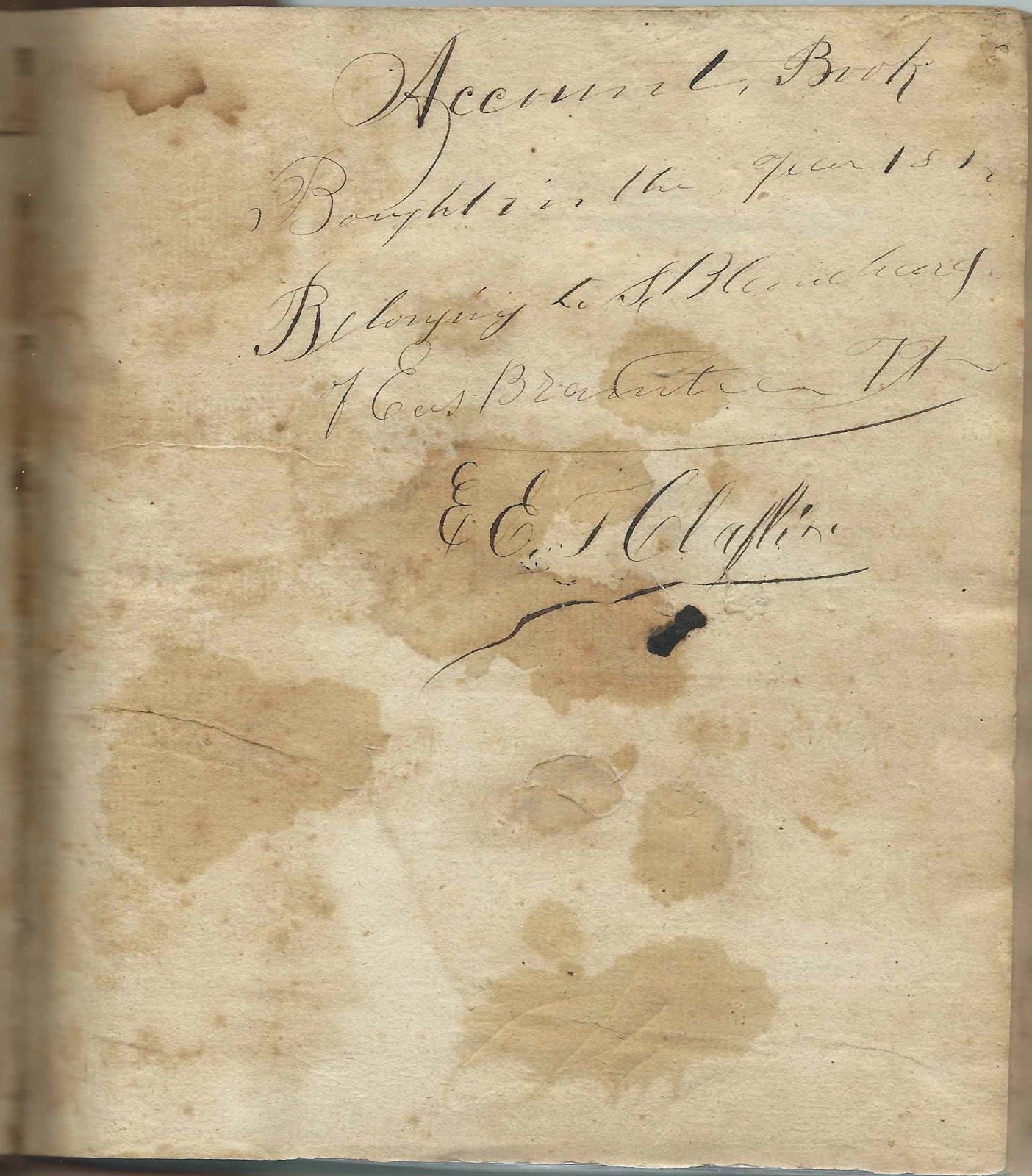 The page above appears on what I took for the last page of the book, but perhaps it's the first.  Someone else may have started again from the other end of the book, which has more entries.

An interesting page has the names of Capt. A. Blanchard and E. F. Claflin, Secretary. 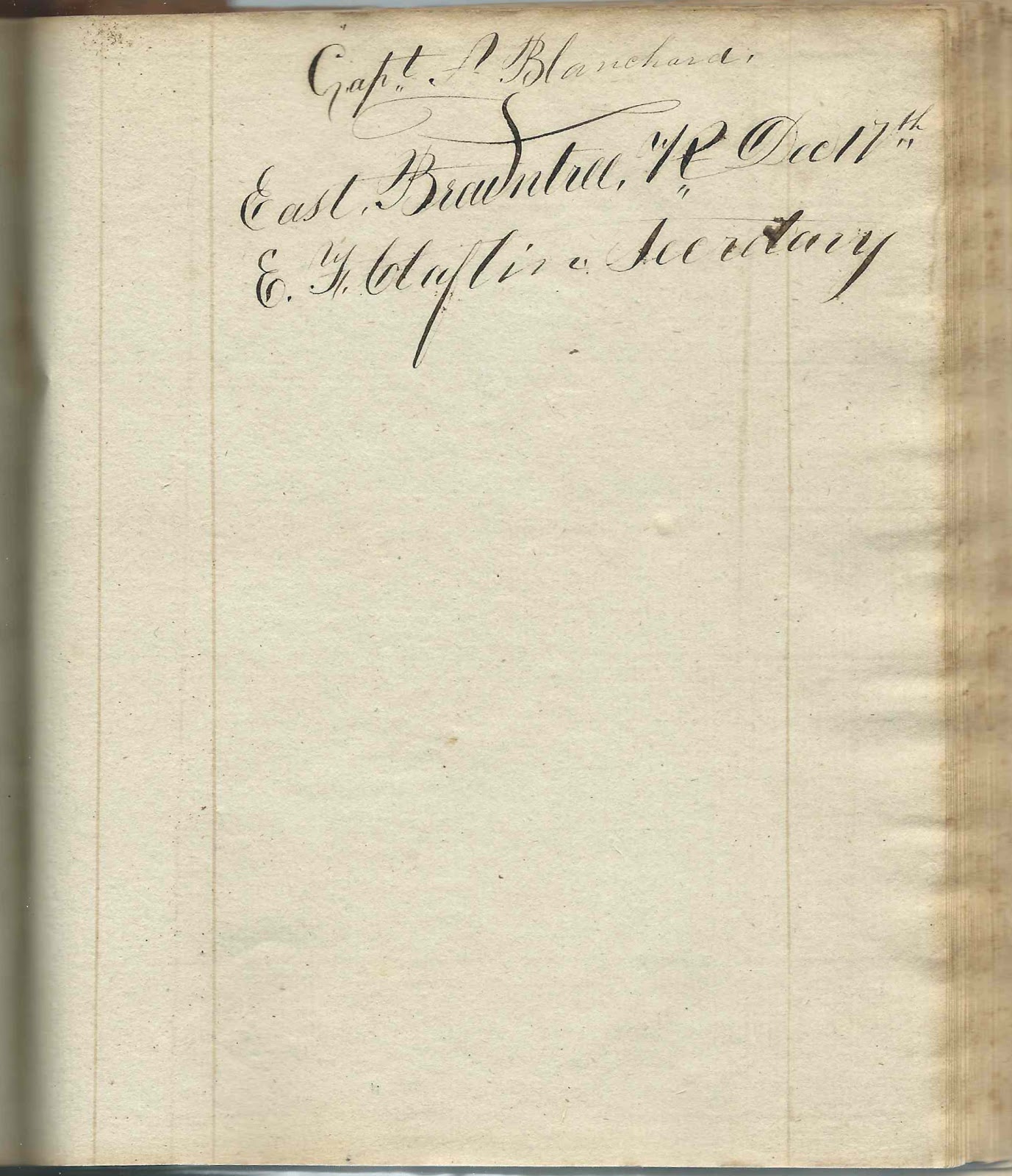 Below, the first page from what I initially took was the beginning of the book, but might be the end, or perhaps the beginning of someone else's records.  It mentions Elisha Smith, whose names appears on other pages as well. 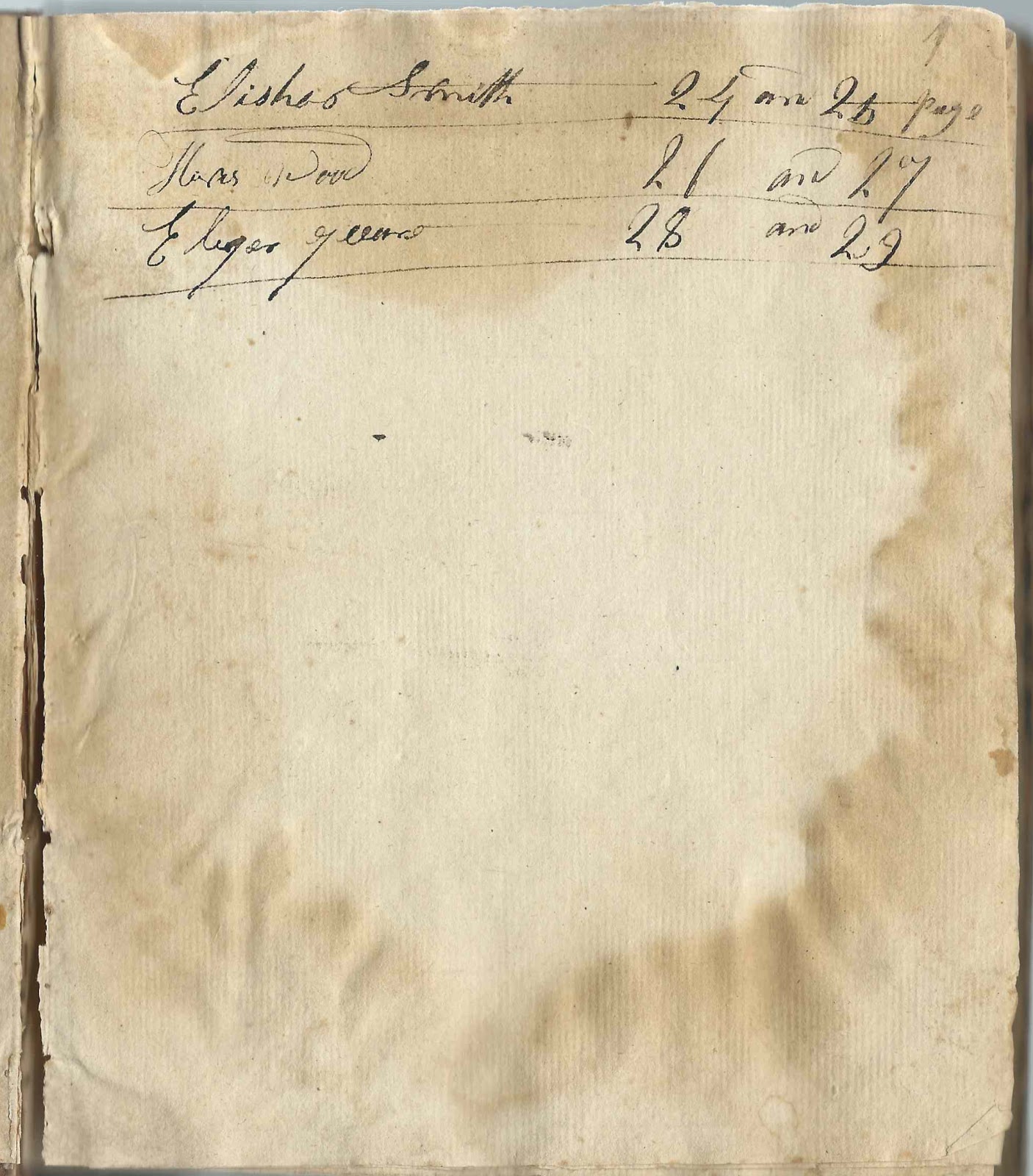 The next handwritten page contains the account of Shubael Collins from November to December 1817.  His name appears on a few other pages as well, his given name variously spelled. 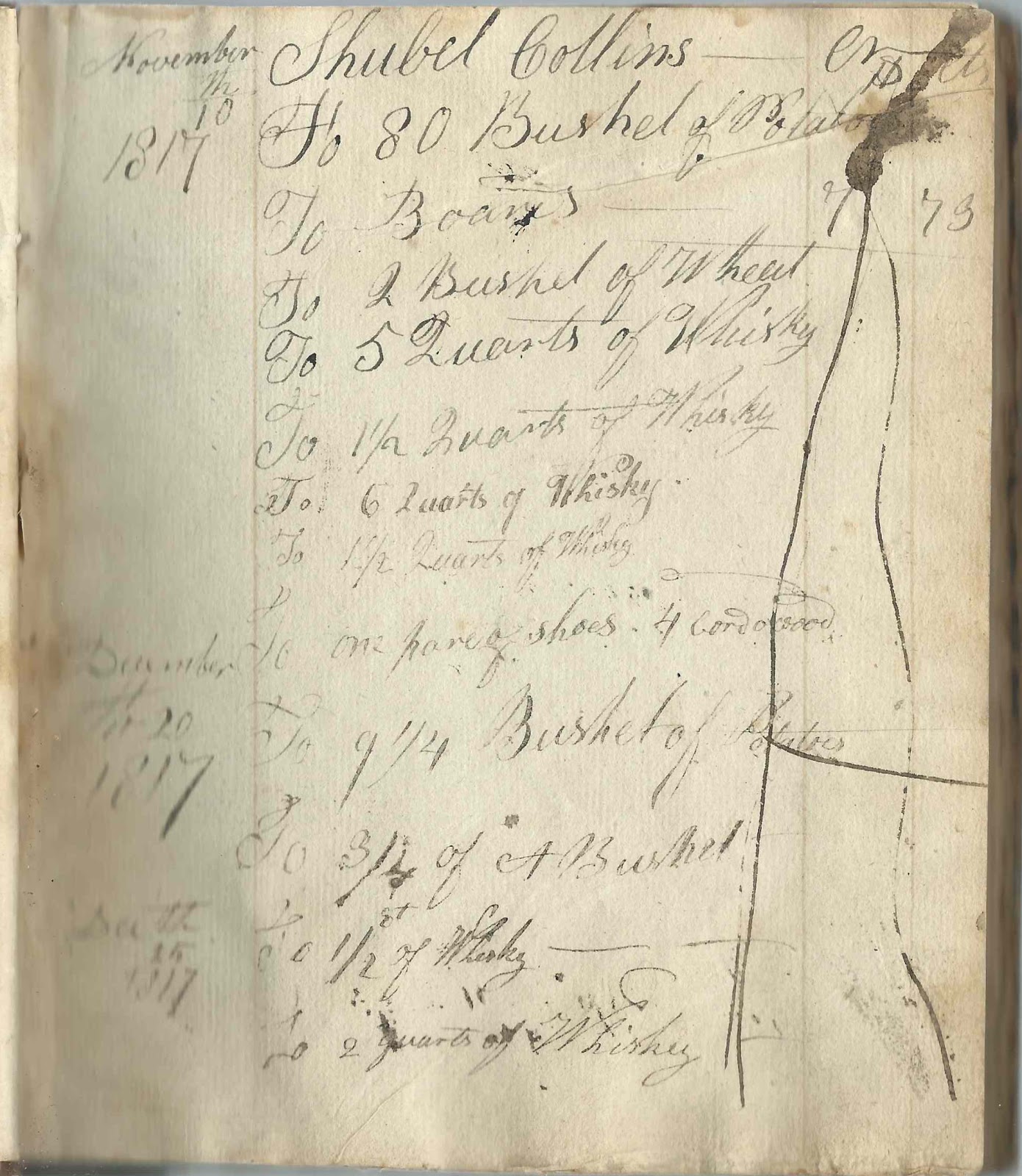 The name on the page below looks something like Charles Archiuas. 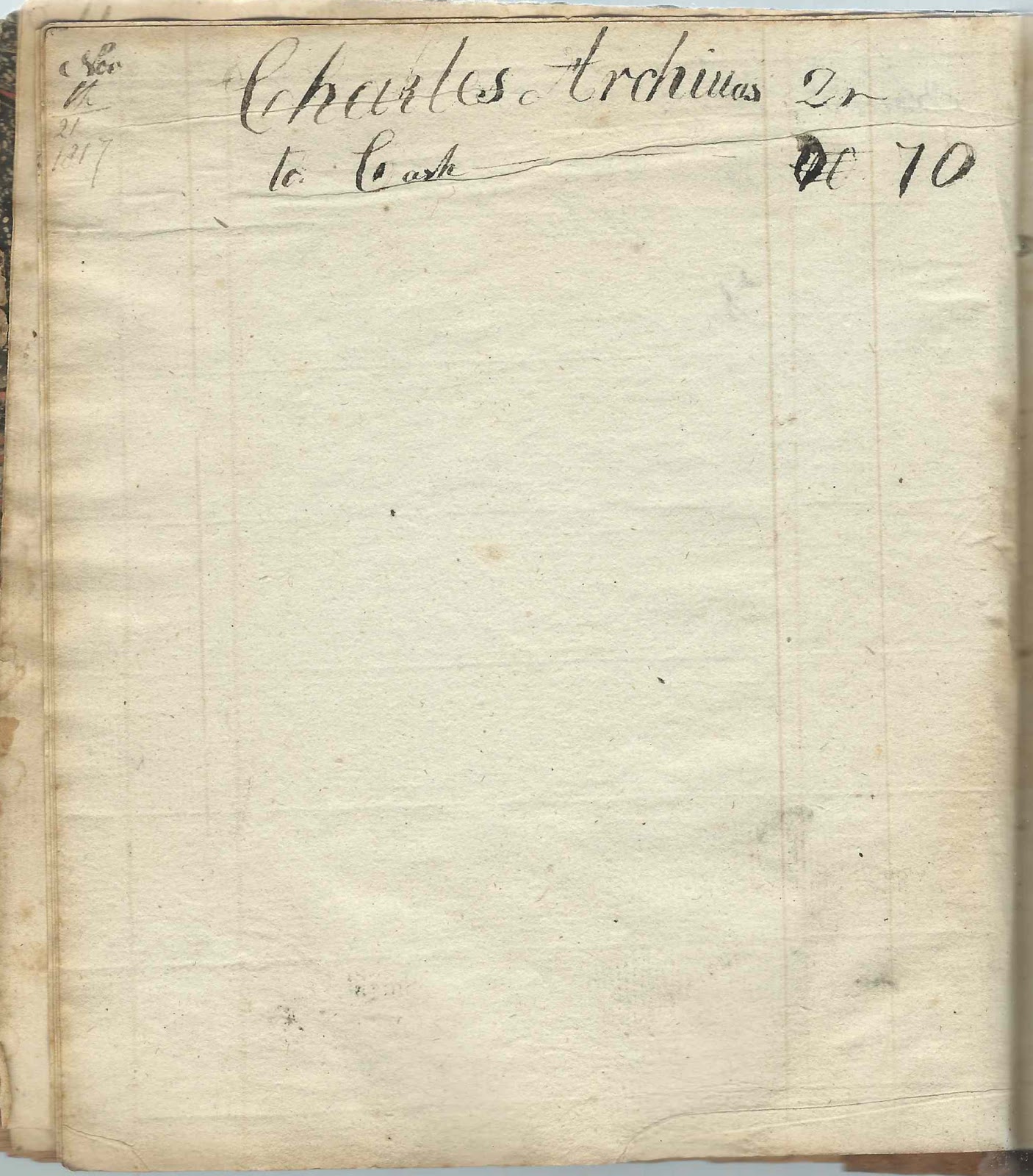 Several pages have the heading of an Elijah Giers or Geers or ?, presumably the same man; perhaps Elijah Geer. 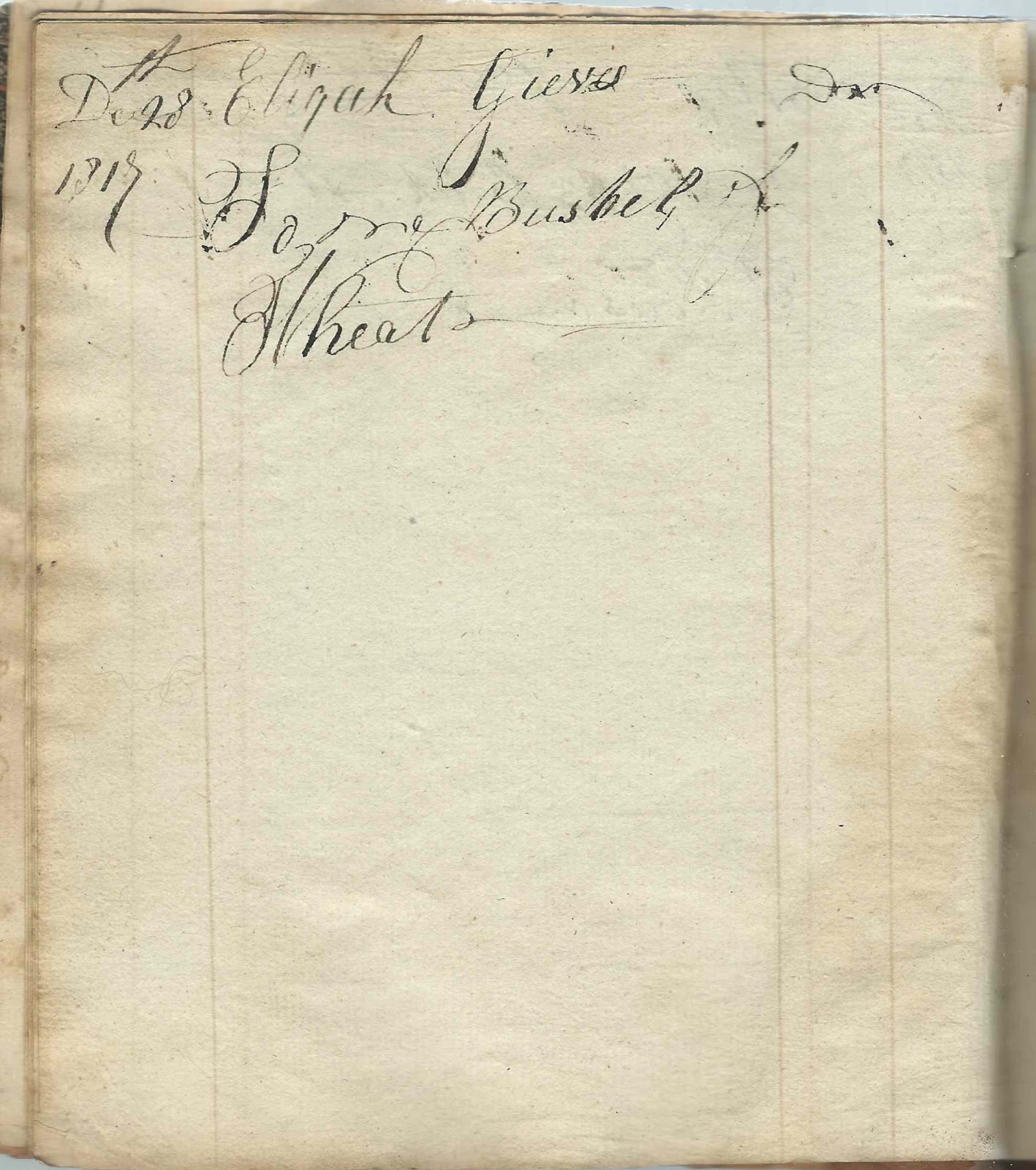 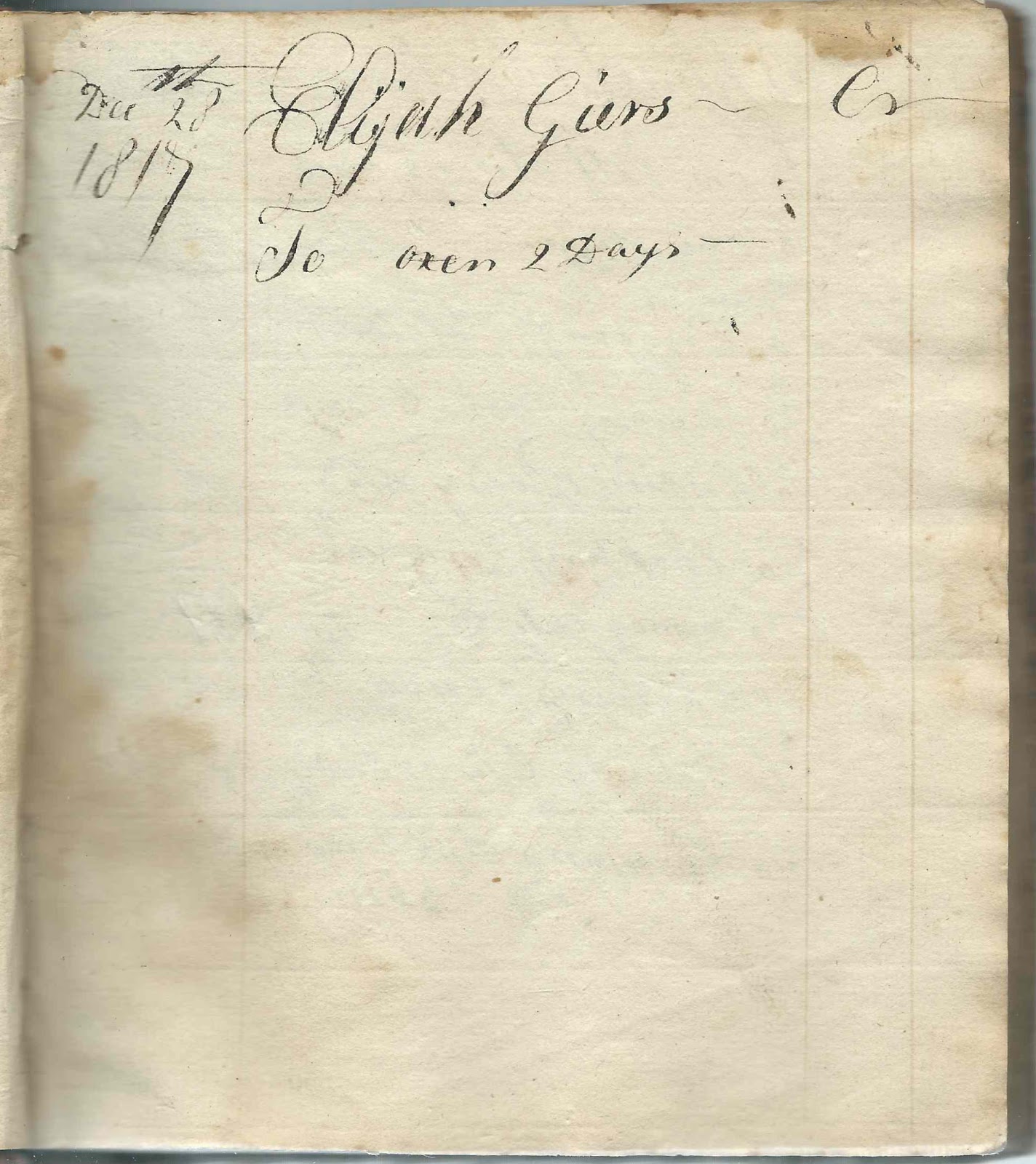 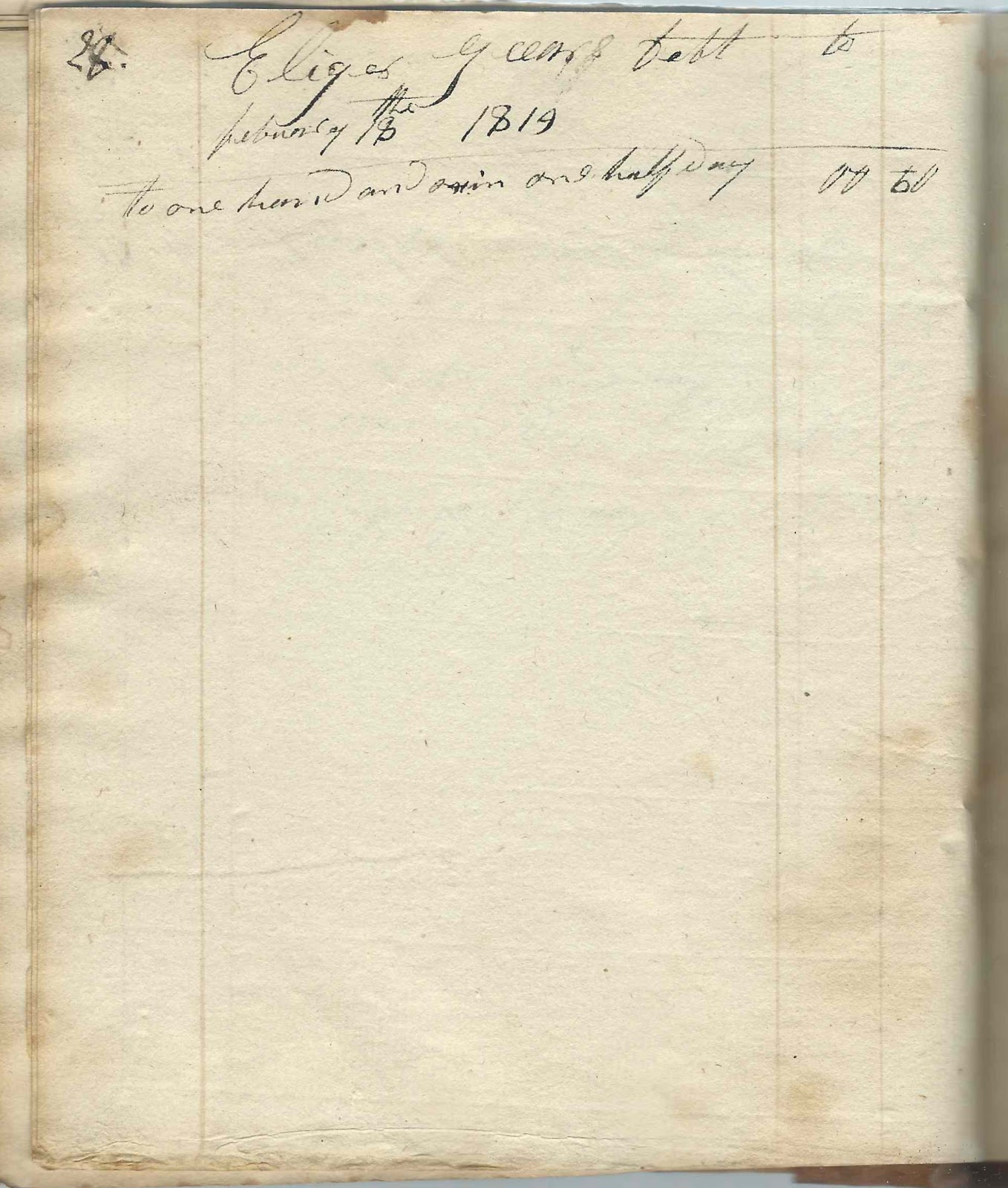 The 14 names, though some might be repeats, that appear in the book in alphabetical order: