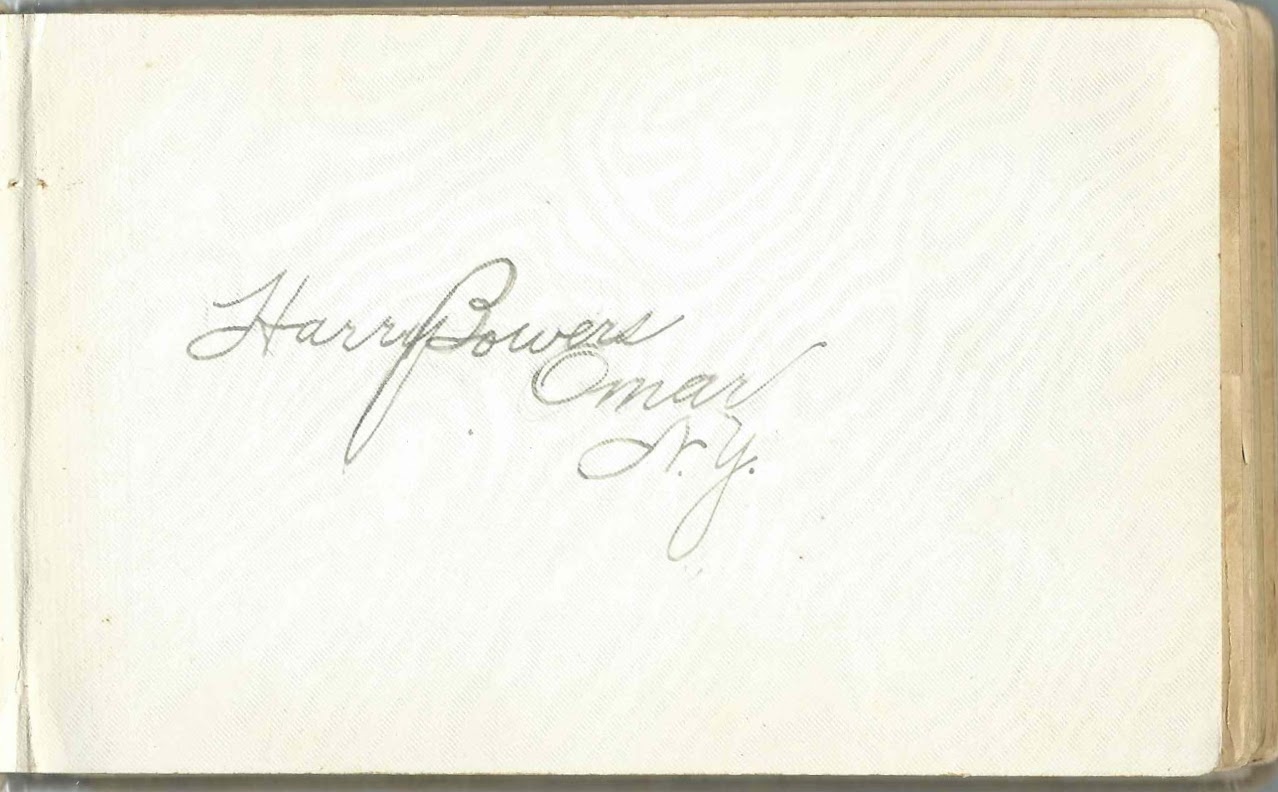 The album has a copper embellishment on the front cover and measures approximately 6-1/2" x 4-1/4".  It contains the sentiments of 12 of Harry's relatives and friends.  An alphabetical surname list and an alphabetical list of the signers, together with any personal information they offered, appear at the end of this post.

Harry Raymond Bowers was born September 22, 1897 in Jefferson County, New York, the son of Sidney Theodore Bowers and Cora A. (Collins) Bowers.  Harry had a sister, Hazel L. Bowers, who inscribed a page in his album on February 14, 1911.

Posted by Pam Beveridge at 3:10 PM