1883-1885 Autograph Album of Clara May Holt of Portsmouth, Virginia; student at Norfolk College 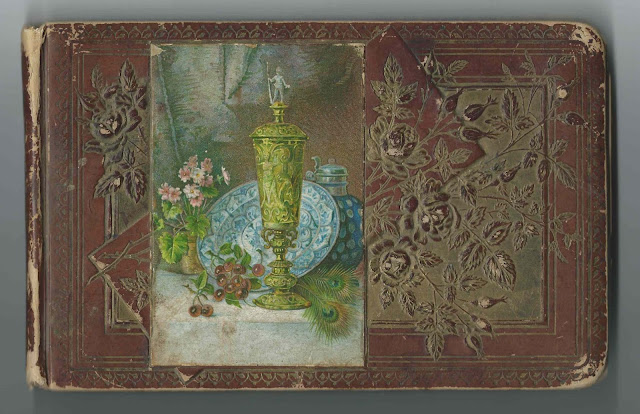 1883-1885 autograph album of Clara May Holt of Portsmouth, Virginia, with some of the sentiments acquired while she was a student, presumably at Norfolk College at nearby Norfolk, Virginia.

Interestingly, an earlier post featured the autograph album of another Norfolk College student, Blanche Thayer, who signed a page in Clara's album. 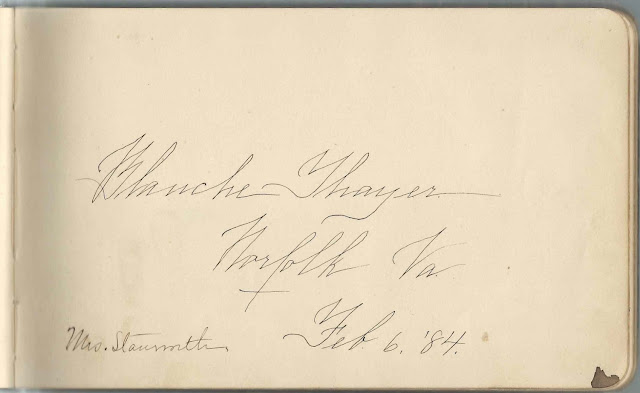 Clara's album measures approximately 7-3/4" x 4-3/4" and contains the sentiments of 58 of her relatives, friends and schoolmates, as well as notes added by Clara about signers' subsequent marriages and deaths.  An alphabetical surname list and an alphabetical list of the signers, together with any personal information they offered, appear at the end of this post.  Many of the people signed pages in Blanche's album as well.

As you can see from the page above, Clara added notes to many of the pages, to note the marriages or deaths of her well wishers.  In Blanche's case, Clara noted that Blanche married a Mr. Stanworth; he was Paul Clifton Stanworth. 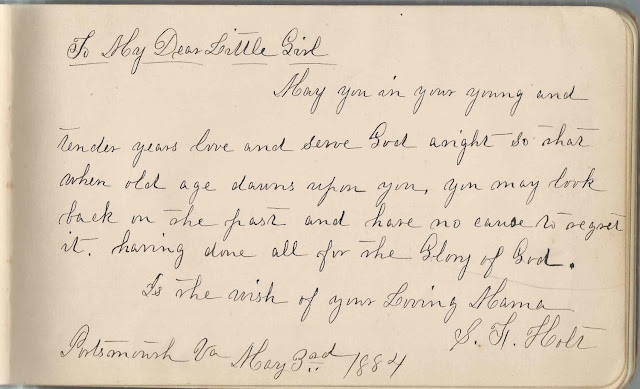 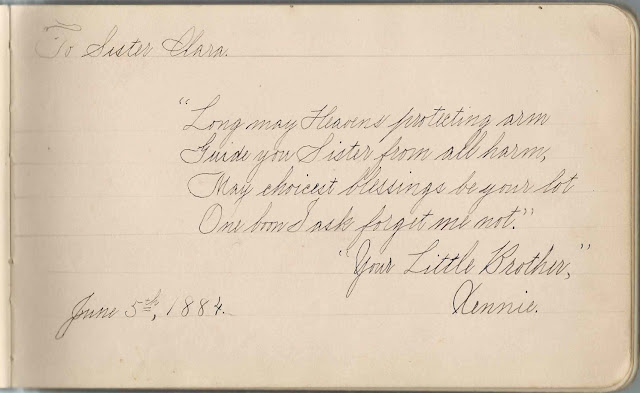 On June 18, 1890 at Norfolk, Virginia, Clara married George Raney Debnam, son of John Buckner Debnam and Mary Archer (Raney) Debnam.  George inscribed a page in Clara's album at Norfolk, Virginia, on July 7, 1885.  He implied that they had spent the previous 4th of July together, or at least had run into each other there.  George's sister Bettie Debnam also inscribed a page, and Clara noted that she had subsequently married Randolph Humphreys. 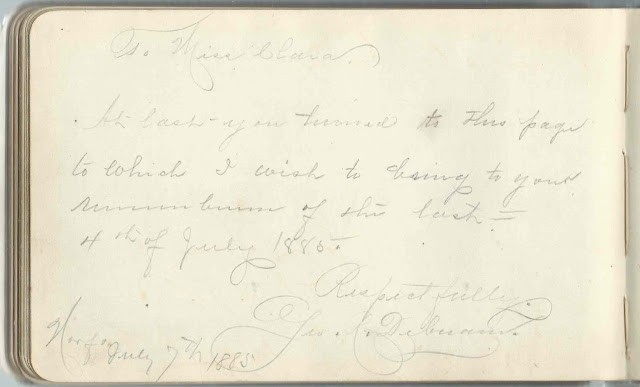 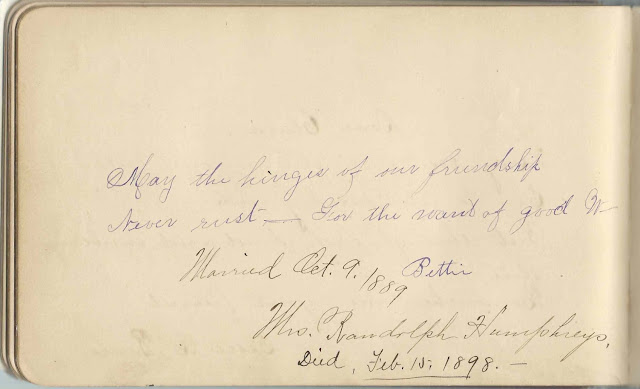 Clara died in 1911, and George in 1941.  They're buried at Oak Grove Cemetery at Portsmouth, Virginia.  If you have corrections and/or additions to the information above, or information on any of the signers listed below, please leave a comment or contact me directly.

Signers in the Album   [Note: Given names within a specific surname may not be in alphabetical order.]

Posted by Pam Beveridge at 1:01 PM