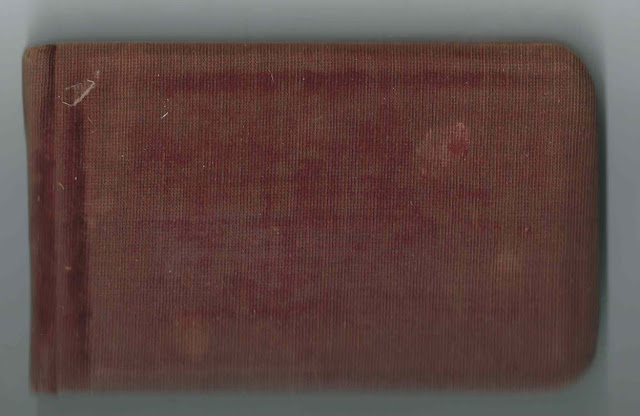 1889-1917 autograph album that belonged to Irma Rebecca Peeler of Mason City, Iowa.  Only one inscription is out of the 1889-1890s era, and that's on the inside front cover, dated December 2, 1917 and addressed to Irma by her married name of Mrs. Peeler. 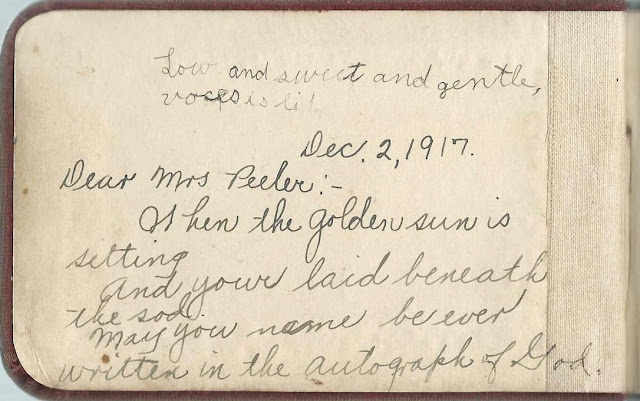 The album was presented to Irma by her mother Viola Sophia (Pynchon or Pychon) Barrie on December 25, 1889.

The album measures approximately 6" x 3-1/2" and contains the sentiments of about 50 of Irma's relatives, friends, schoolmates and pastor.  An alphabetical surname list and an alphabetical list of the signers, together with any personal information they offered, appear at the end of this post. 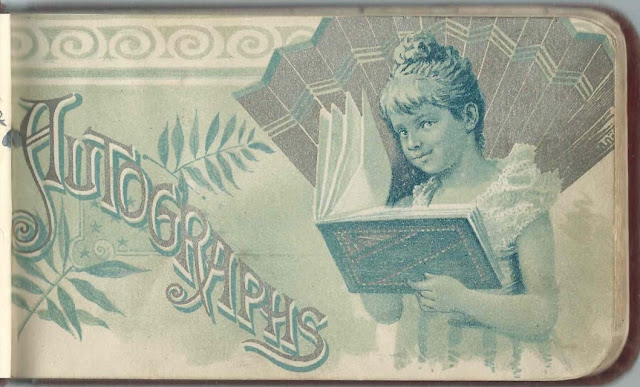 Irma Rebecca Barrie was born at New Hampson, Iowa, on June 7, 1874, the daughter of Orlo Goodrich Barrie and Viola Sophia (Pynchon or Pychon) Barrie, both of whom inscribed pages in the album.  Orlo dated his page January 1, 1890; Viola inscribed her page the same day that she gave it to Irma, December 25, 1889, at Mason City, Iowa. 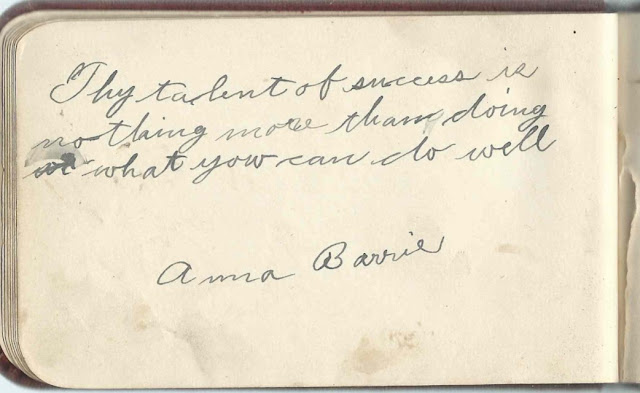 Irma and John moved, at some point, to the Hood River, Oregon area.  They had, I believe, three children, daughters Edith Adele Peeler; Grace Luella Peeler; and Eldon Franklin Peeler.  John died in 1931, and Irma in 1934.


Signers in the album       [Note: Given names within a specific surname may not be in alphabetical order.]

Posted by Pam Beveridge at 4:51 PM