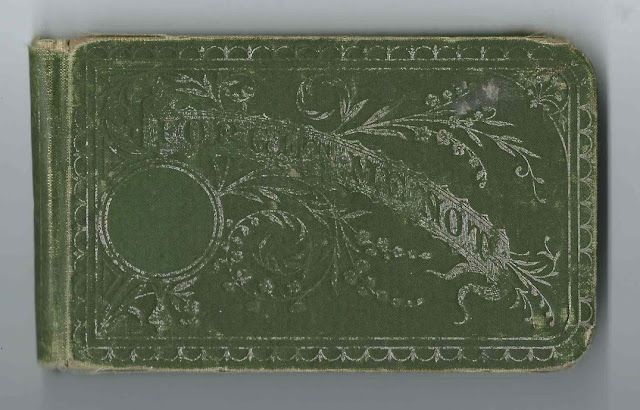 1877-1880s autograph album that belonged to Ida M. Ferguson at Atchison, Kansas, possibly a student at Atchison Institute, which one signer mentioned.

The album measures approximately 5-1/4" x 3" and contains the sentiments of 29 of Ida's relatives, friends and schoolmates.  An alphabetical surname list and an alphabetical list of the signers, together with any personal information they offered, appear at the end of this post.  Hopefully the list of signers will provide a reader with more clues to Ida's identity.

I found Ida and her sister Emma H. Ferguson, who inscribed a page in the album, boarding in the home of printer Henry Root and wife Mary in the 1880 Census of Atchison.  It indicates that the girls were born in Pennsylvania, Emma about 1860 and Ida about 1863. 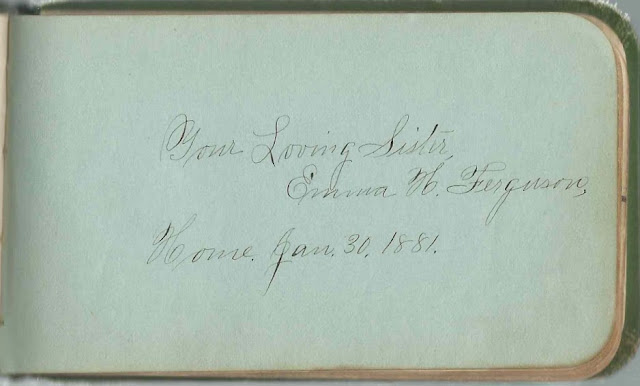 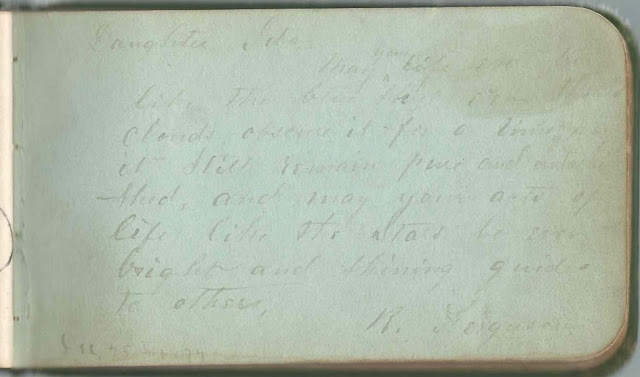 If you have further information on Ida M. Ferguson and Emma H. Ferguson, please leave a comment or contact me directly.

Elva Culver of Nortonville, Kansas, inscribed a page at Atchison Institute on "6-1-1880". 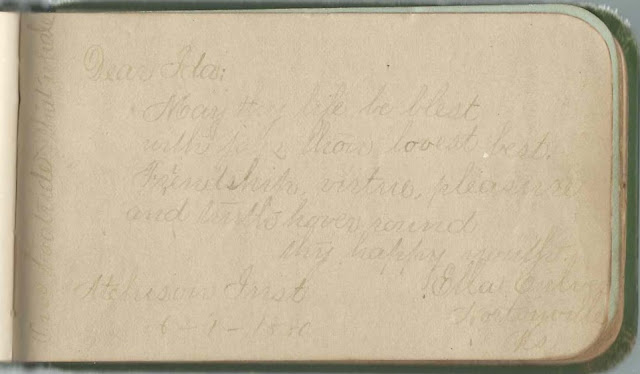 Most signers gave Kansas as an address, with one from Ohio and one, Peter Jones, from Halifax, Nova Scotia.


Signers in the Album   [Note: Given names within a specific surname may not be in alphabetical order.]
B
C
F
H
J
L
M
R
S