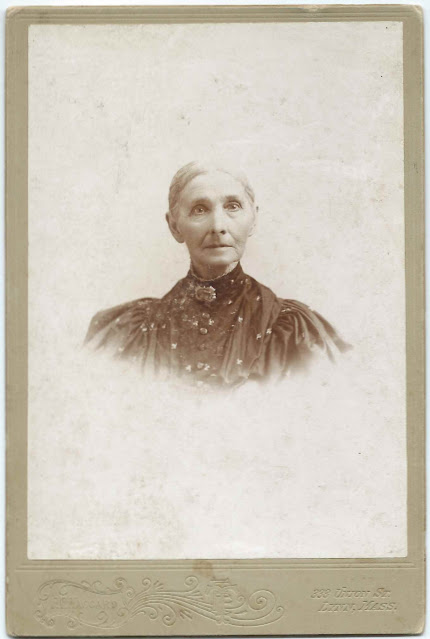 Two of the photographs were taken at Lynn, Massachusetts, where two of Hannah's daughters were living. 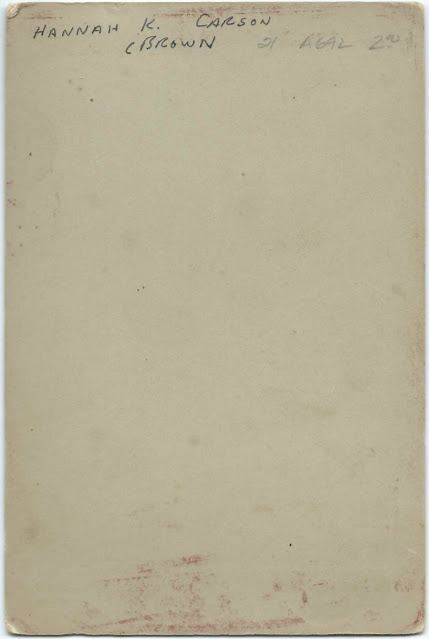 The images above are front and reverse of a cabinet photograph of Hannah K. (Brown) Carson of Mount Vernon, Maine.  The photograph was taken by the studio of F. E. Taggard of 333 Union Street, Lynn, Massachusetts.

The images below are front and reverse of a cabinet photograph of William Ellsworth Carson, Hannah's youngest child.  The photograph was taken by the R. A. Reed Studio o 66 Market Street, Lynn, Massachusetts. 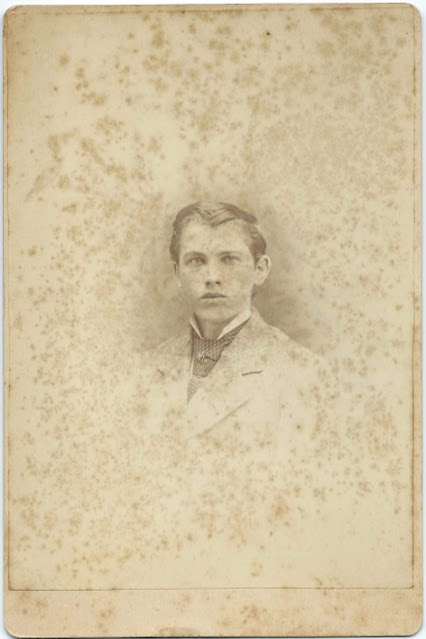 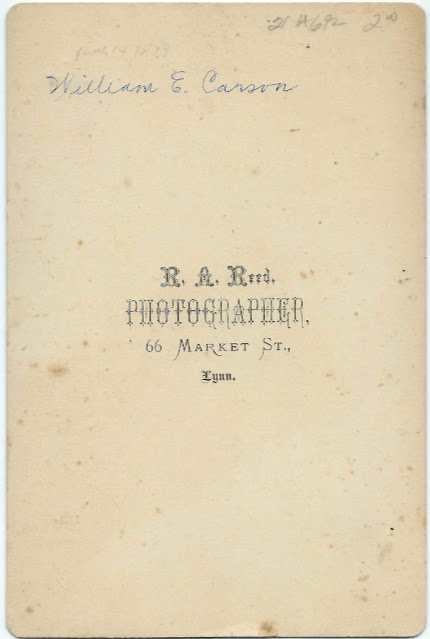 The images below are front and reverse of a photograph of Leona Amanda Carson, daughter of Hannah's oldest son, James Franklin Carson.  The photograph was taken by the Criswell studio of Grand Meadow, Minnesota. 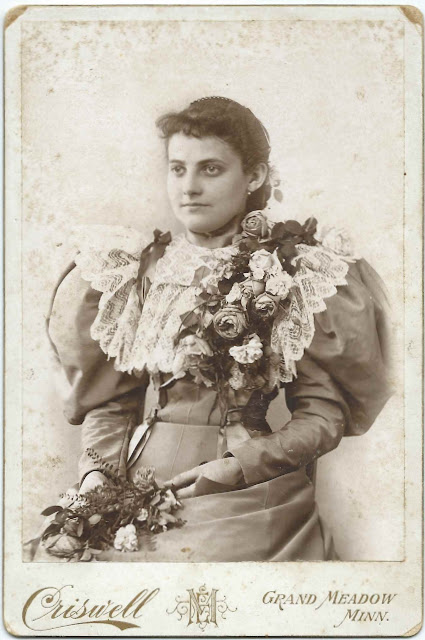 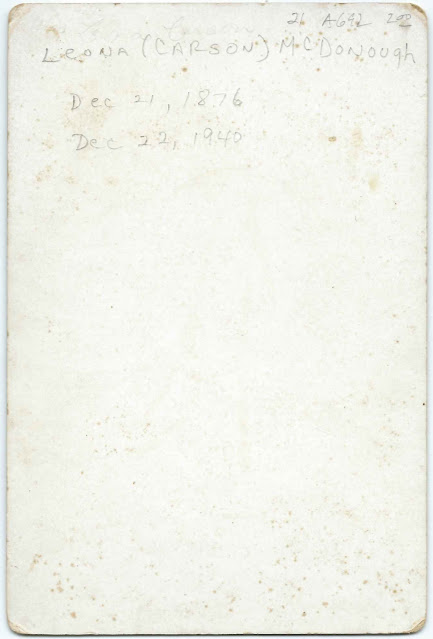 James and Hannah had, I believe, 8 children:


If you have corrections to the information above, or additions to it, please leave a comment or contact me directly.  Thanks!

Thanks for stopping by