1890s Photograph of 8 People on an Outing at Marblehead, Massachusetts - 6 IDed 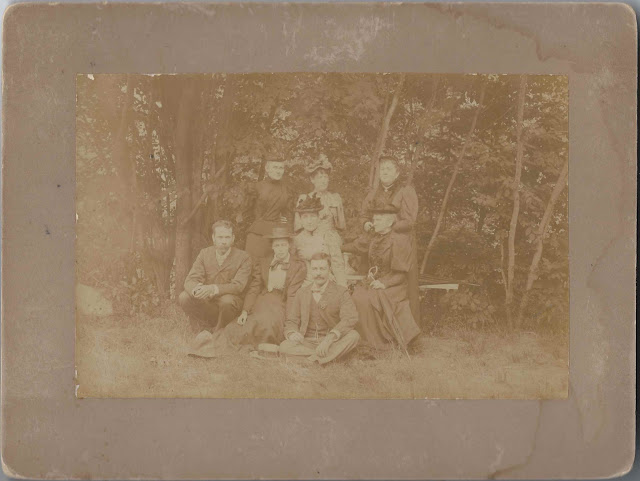 19th century photograph of eight people gathered at Marblehead, Massachusetts.  Six of them are identified on the reverse, perhaps in the handwriting of each. 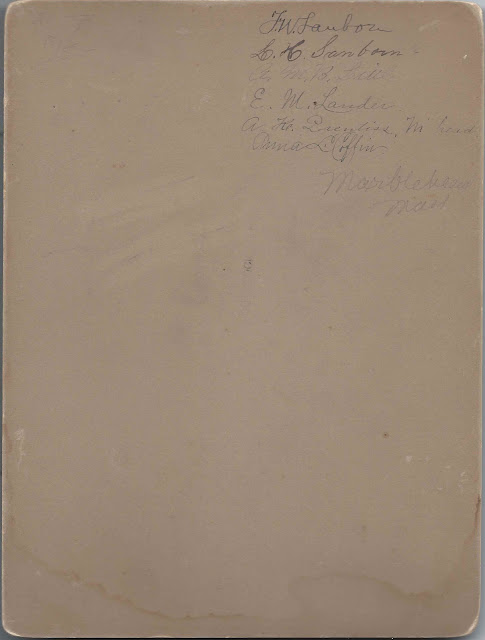 
Based on the identifications, I think this may have been a group involved with the First Church of Newbury, Massachusetts, or the American Home Missionary Society.

A. M. B. Little may have been Adeline M. B. Little, born 22 July 1845 at Everett, Massachusetts, daughter of George Little and Maria Jane (Brockway) Little.  I found her name in a 1900 issue of the American Home Missionary, when she was living at Newbury, Massachusetts.

Anna L. Coffin may have been the teacher Anna Lapsley Coffin, who was born at Philadelphia, Pennsylvania on 17 July 1838, daughter of Joshua Coffin and Anna (Wiley) Coffin, who were born at Newburyport, Massachusetts, and Philadelphia, Pennsylvania, respectively.  Anna Lapsley Coffin died 25 March 1907 at Newburyport, Massachusetts.  Some of Anna's papers are included in the Chase Collection, archived at the University of Florida.

If you have corrections to the information above, theories about the identities of the other two people and/or which people are which, please leave a comment or contact me directly.  Thanks!