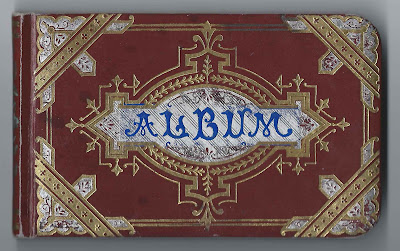 Note: The list of signers at the end of this post contains additional information supplied by a Hughey/Ray descendant.  Many thanks!

The album is approximately  5-1/2" x 3-1/4" and contains the sentiments of sixteen of Abbie's relatives and friends.  An alphabetical list of the signers appears at the end of this post. 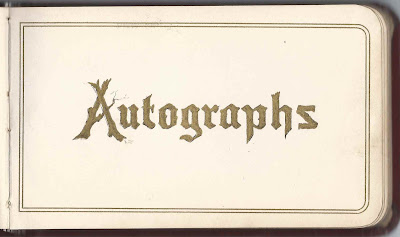 Abbie Hughey was born 29 January 1870, the daughter of Robert Adams Hughey and Jane (Ray) Hughey, who I think were born in the Beauce, Quebec, and in Ireland. 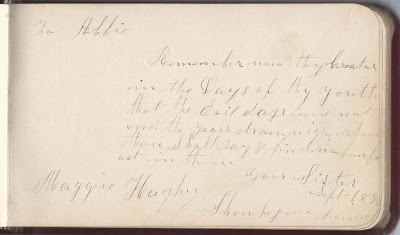 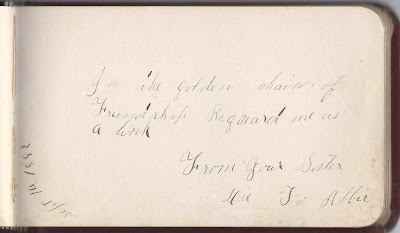 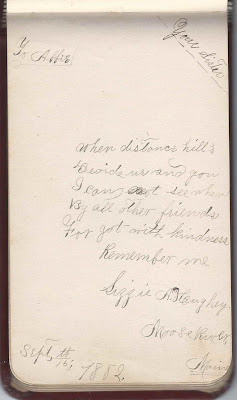 Frank and Abbie settled at nearby Jackman, Maine, where Frank's occupation was listed as woodsman on the 1900 Census and lumbering foreman on the 1910 Census.  They had, I believe, three children.  Abbie died of a cerebral hemorrhage on 22 January 1919 at Moose River, Maine.


List of signers: [Note: given names within a specific surname may not be in alphabetical order.]

[Reader comments in italics - I'm very grateful for the input of this Hughey/Ray descendant!]

Posted by Pam Beveridge at 5:36 PM