1880s Autograph Album of Sadie A. Triggs of Hermon, Maine 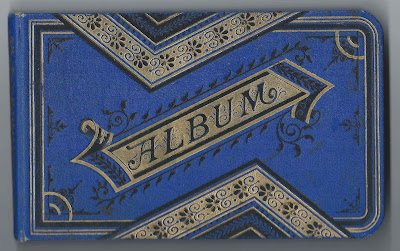 1880s autograph album of Sadie A. Triggs of Hermon, Maine. 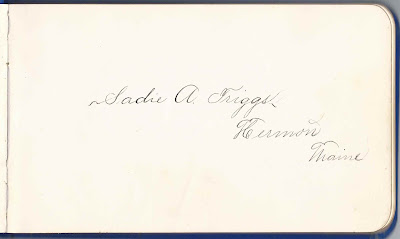 The album is approximately 7" x 4-1/4" and contains the sentiments of over 50 of Sadie's relatives and friends.  An alphabetical list of the signers appears at the end of this post. 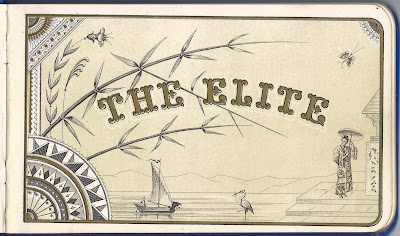 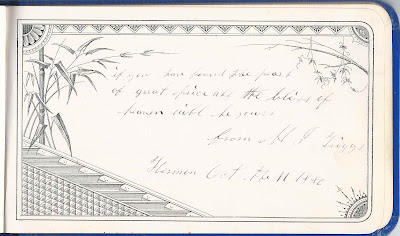 The name of Sadie's older sister Ada P. Triggs appears on a page in the album.  Ada died 1 October 1880.  I wonder whether Ada signed the page herself or someone else wrote her name in the album as a memorial, as most of the autographs were from a year or more later. 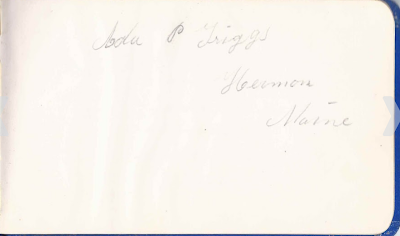 Sadie had a brother, Henry S. Triggs, who might have inscribed a page at Hermon, Maine.  The handwriting is childlike, so it's possible that the signer Henry was a different person, unless he signed the album earlier than most of the other signers. 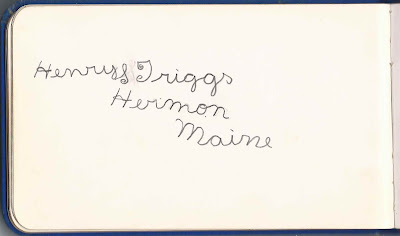 Sadie's sister-in-law, Ella B. (Strout) Triggs, wife of Sadie's brother Alberton Augustus Triggs, signed a page on March 31, in the 1880s.  I can't be sure of the last digit of the year.  She included a Victorian scrap. 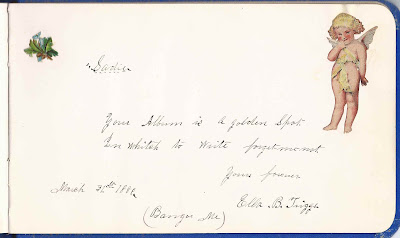 On 1 January 1889 at Bristol, Maine, Sadie A. Triggs married Augustus P. Richards, son of Asa and Martha B. (Merithew) Richards.  Augustus was born 19 June 1857 at Camden, Maine.  I believe Sadie and Augustus had three sons, two of whom lived to adulthood.

Apparently the album came to light a third time as both sons signed pages in 1905.  Son Oscar Milvern Richards signed a page as Oscar M. Richards of Walpole, Maine, on April 5, 1905. 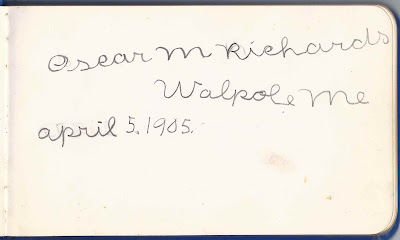 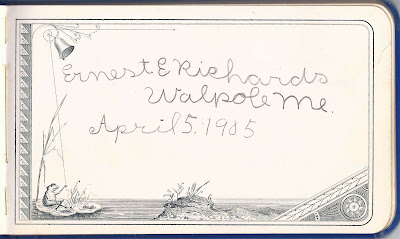 I'm always interested in knowing how people like Sadie and Augustus met.  There were signers with the surname Richards who lived in the Hermon, Maine, area.  Or perhaps Sadie pursued an employment opportunity in the midcoast area.

Other relatives and in-laws signed pages in the album; refer to the list of signers below.

List of signers:   [Note: given names within a specific surname may not be in alphabetical order.]


Hermon, Maine [A] and Walpole, Maine, a village at South Bristol [B]

Posted by Pam Beveridge at 8:09 AM