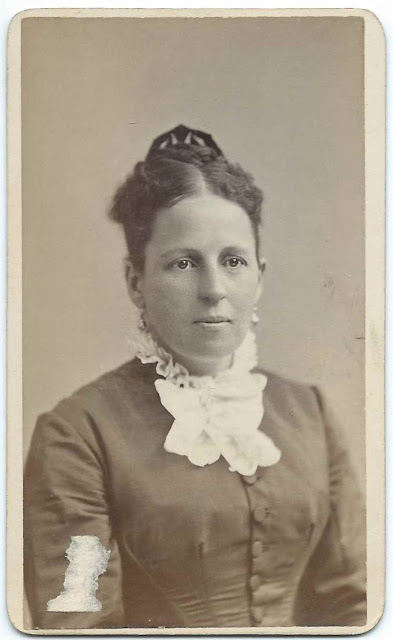 Carte de visite of a woman identified on the reverse as Mrs. Elisha Westcott; the photograph was taken by the Morton studio on Westminister Street, Providence, Rhode Island. 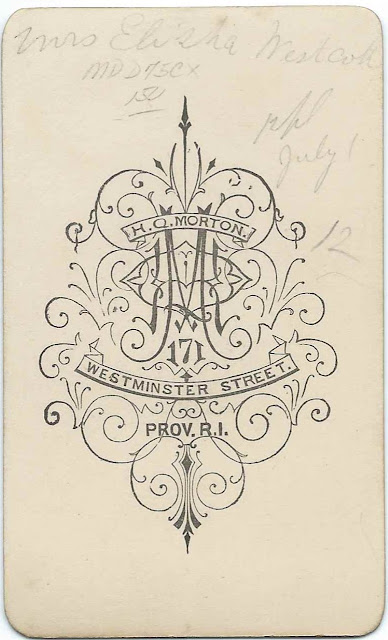 Although I found more than one Elisha Westcott in Rhode Island, I believe, based on the woman's age, that she was Sarah Miranda (Williams) Westcott, wife of Elisha Potter Westcott of Cranston, Rhode Island.

Sarah and Elisha had at least two children:

Sarah Miranda (Williams) Westcott died at Cranston, Rhode Island, in 1921.  Note: her death date on some online databases has 1921 transposed to 1912; view the photograph provided of her gravestone.