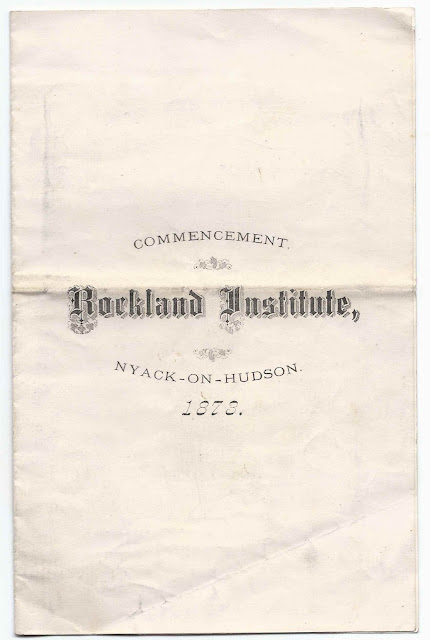 Two companion items, an 1873 Commencement Program of Rockland Female Institute, at Nyack-on -Hudson, New York, the part of the Institute dedicated to young ladies, and Annie's 1872 autograph album with pages signed by students and others. 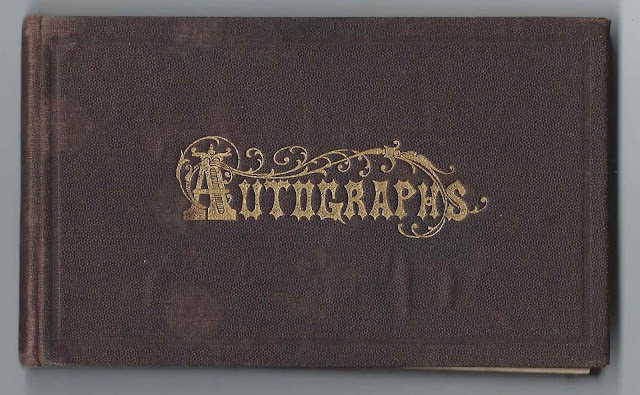 The autograph album is approximately 5-1/4" x 3-1/8 and contains 13 pages of sentiments signed by Annie's friends, classmates and at least one instructor.  There may have been more at one time, but some pages were removed at some point.

See an engraving of the imposing building of the Rockland Female Institute and a brief history here.

The commencement program lists some names with just the surname and a few with the full name.  It's possible that the students listed with their full name comprised the graduating class, but I can't be sure. 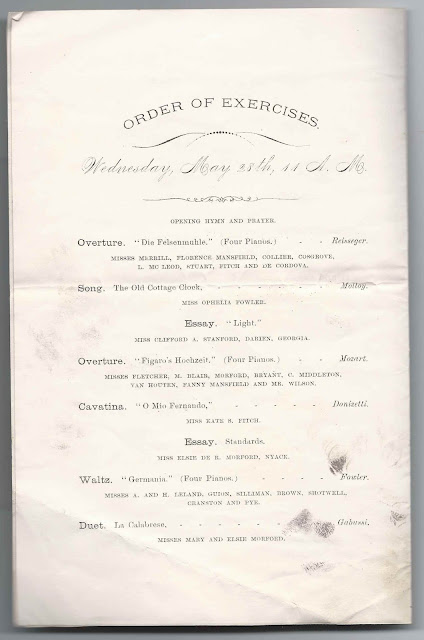 Names of people on the page above: [Some appear multiple times.] 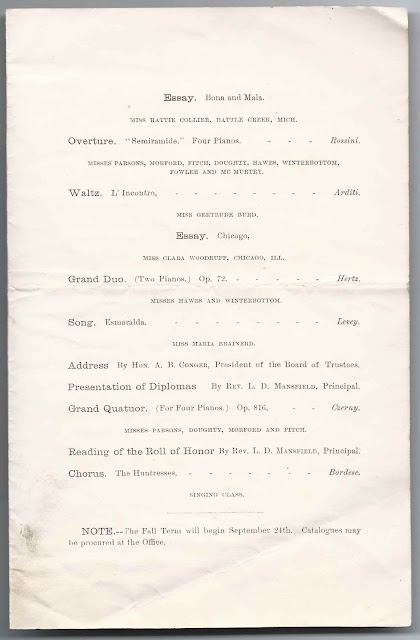 Names of people on the page above: [Some appear multiple times.]
The autographs in Annie's album were collected in 1872.

Clara Woodruff of Chicago signed facing pages.  It's possible that Clara was Annie's roommate in Room 27 at Rockland Female Institute. 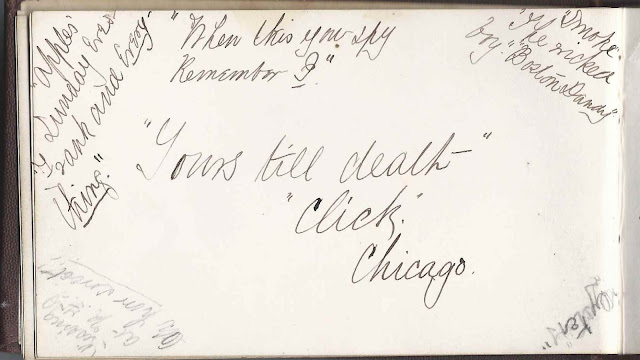 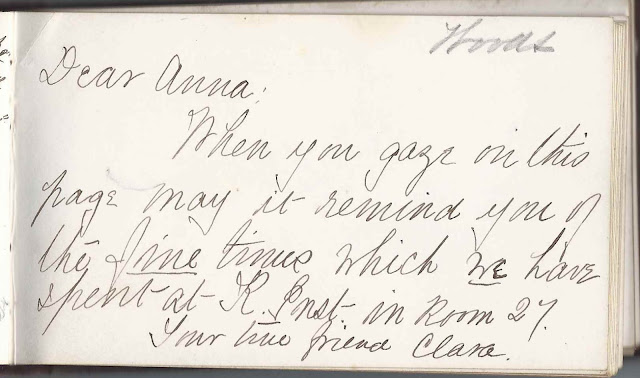 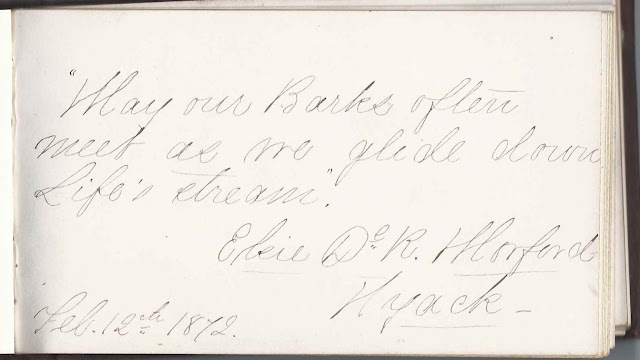 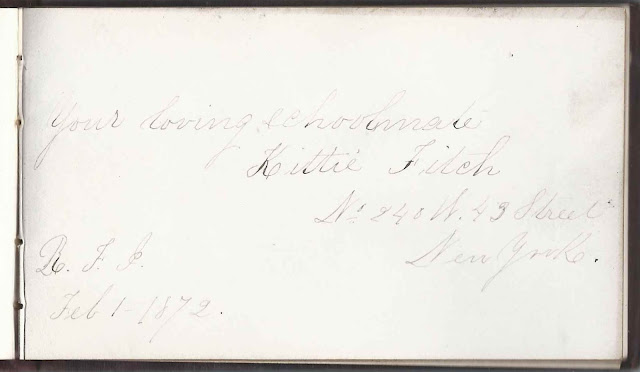 Ophelia Fowler, whose home address was 109 Stull Avenue, Lafayette, Indiana, signed a page on February 5, 1872.  She lived in room 12 at Rockland Female Institute. 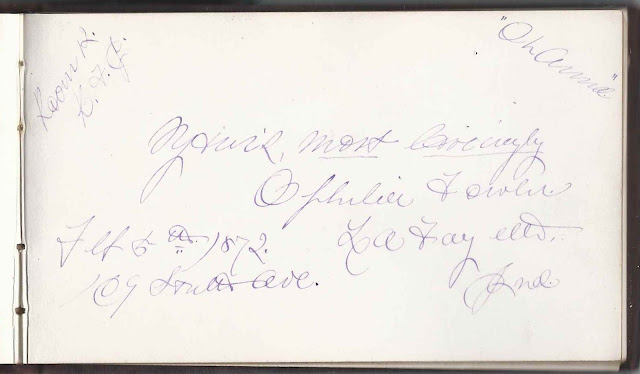 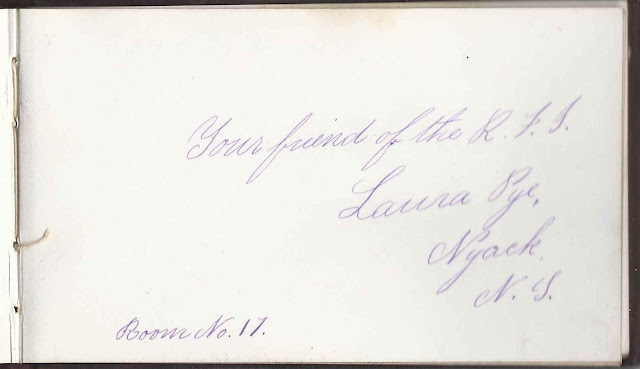 Clifford Alberta Stanford of Clarkeville, Georgia, signed a page at Rockland Female Institute on May 19, 1872.

Josie Wicks signed a page at Rockland Female Institute on February 7, 1872.  Her middle initial was S or L or T or... 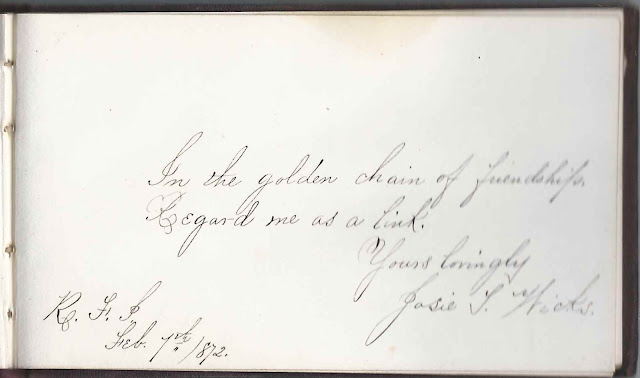 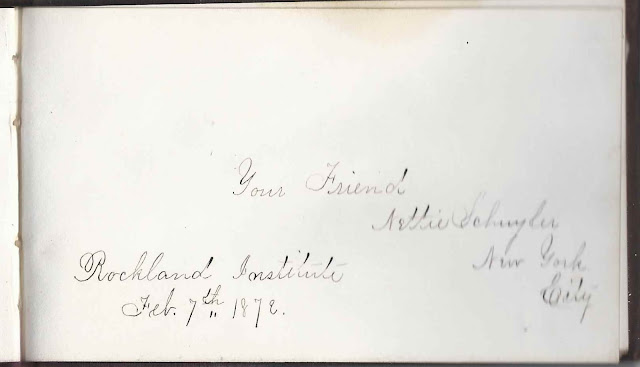 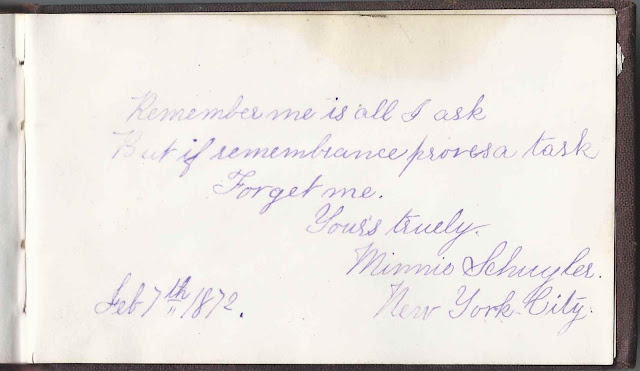 Mademoiselle E. Hortense Senegas of France, a French language and drawing and painting instructor, signed a page at Nyack, New York, on January 28, 1872. 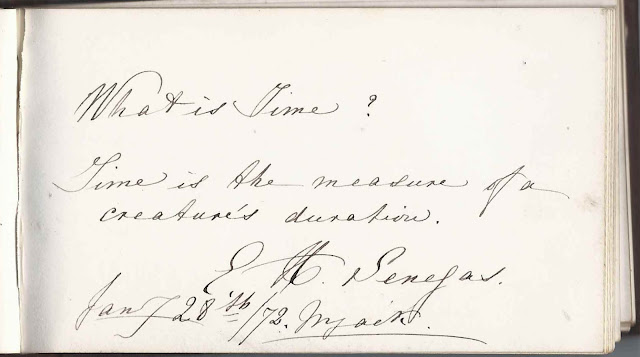 If you have a theory as to Annie's identify or information on any of the other signers, all listed below, please leave a comment or contact me directly.  Thanks!

List of signers: [Note: given names within a specific surname may not be in alphabetical order.]