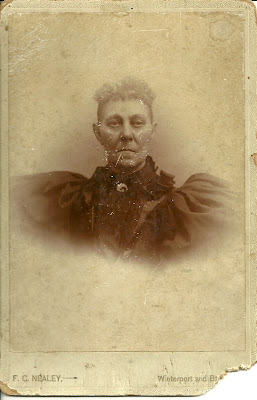 Cabinet photo of a woman identified on reverse as Ann Lawrence.  The photograph was taken by F. C. Nealey studio of Winterport and, perhaps, Bangor, Maine. 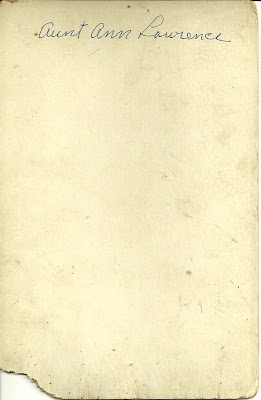 And perhaps the Ann Lawrence in the photograph is neither of these.  I found another Ann Lawrence living in Bucksport, Maine, which is also close to Winterport, especially by vessel.

If you recognize this woman from your family albums or from genealogical research, please leave a comment in the comments box or contact me directly.

If you recognize this Ann Lawrence

Posted by Pam Beveridge at 7:44 AM