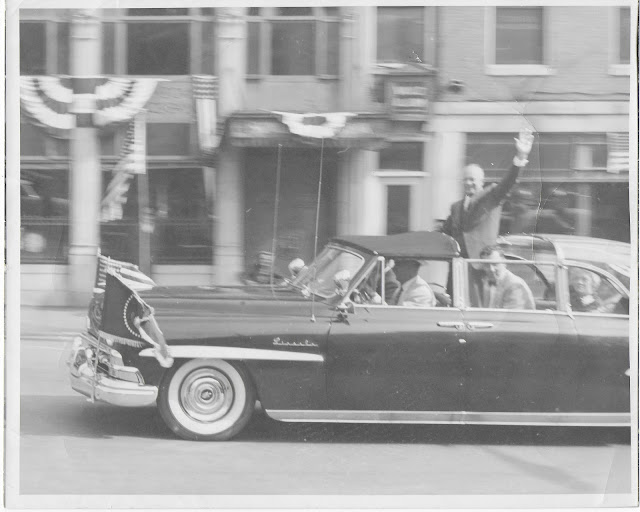 Six photographs, a bit larger than 8" by 10", that may have been taken by a photographer working for the Bangor Daily News or another Maine newspaper, possibly around 1955.

On June 27, 1955, at the end of his six-day fishing trip to Maine, President Dwight David Eisenhower (1890-1969) came to Bangor on his way to Dow Air Force Base, for return to the nation's capital. While in Bangor, he met Governor Edmund Sixtus Muskie (1914-1996), Senator Margaret Chase Smith (1897-1995) and other members of the Maine Congressional delegation. He also happened to visit in July, while on his way home from the Geneva Summit.

If you have any identifications for the other photographs, please leave a comment or contact me directly. 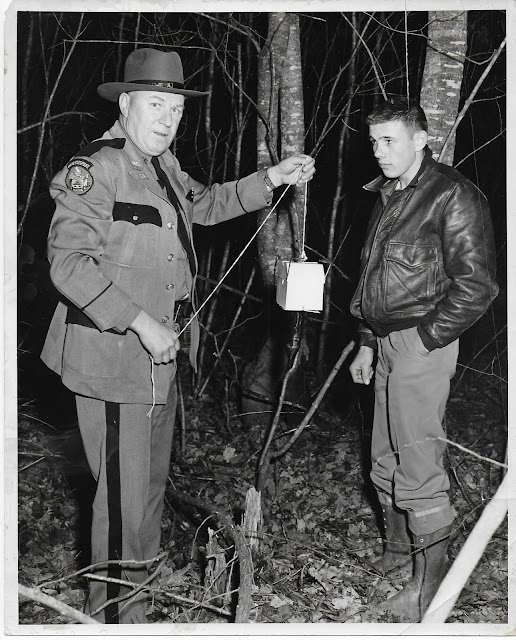 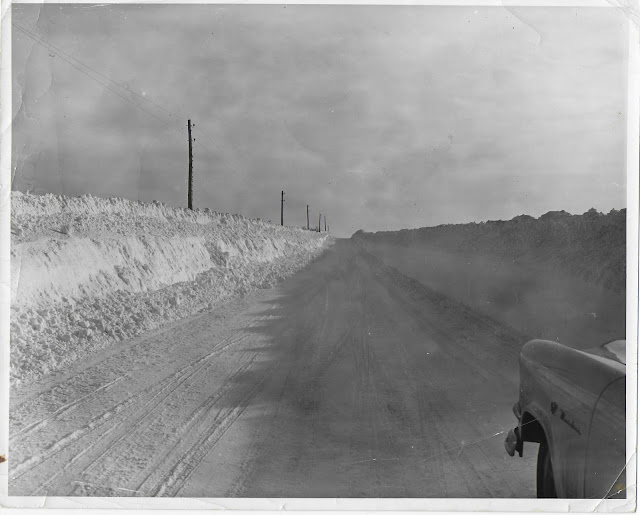 Periscopes are necessary equipment when sightseeing in a Maine winter... 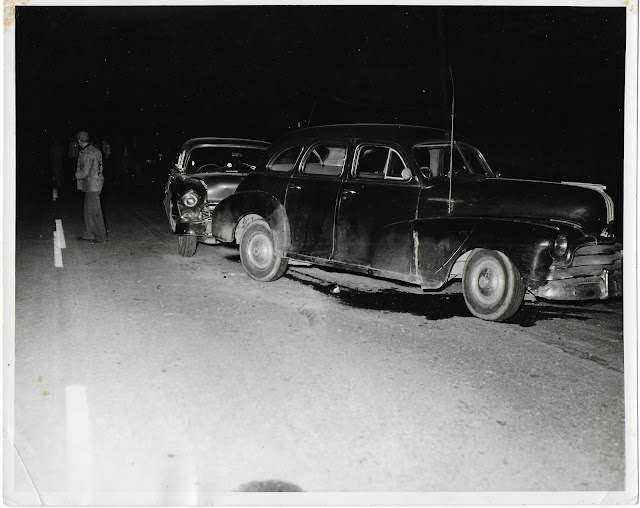 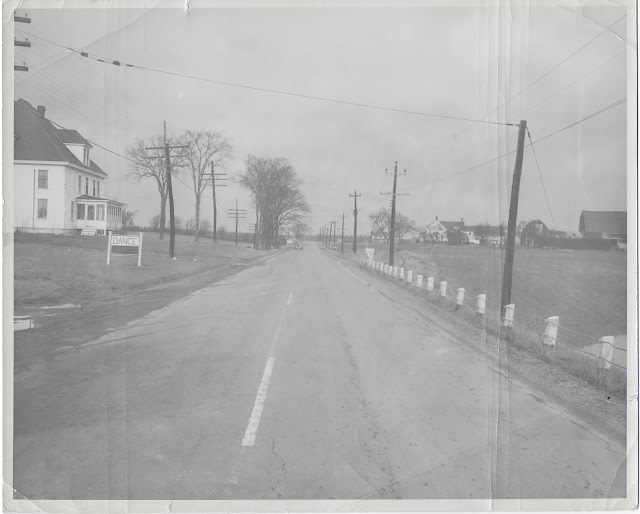 Someone might recognize the scenery around the Dance place. 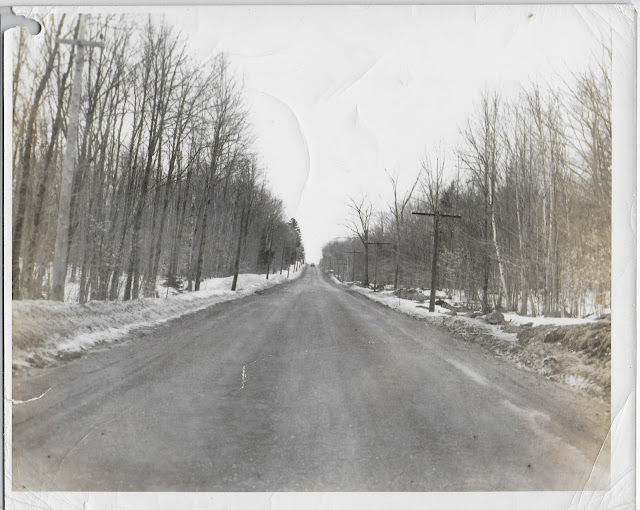 Posted by Pam Beveridge at 1:12 PM