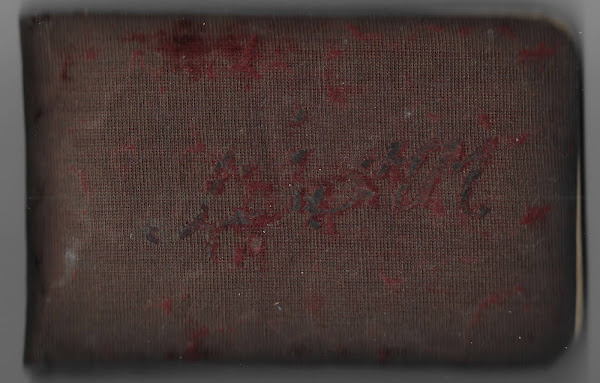 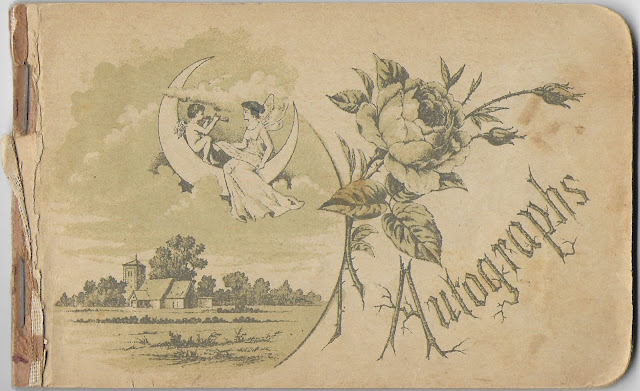 The album measures approximately 6" by 6" and contains the sentiments of 47 of Nellie's relatives, friends, schoolmates and teachers.  An alphabetical list of the inscribers, together with any personal information they offered, appears at the end of this post.
Surnames in the Album
Her parents were Charles E. Ellison and Mary Jane (Miller) Ellison.  On 6 January 1904, Nellie married Frederick Edward Handorf, son of Rudolph F. Handorf and Mary L. (Snyder) Handorf.
Nellie Angeline (Ellison) Handorf and Frederick Edward Handorf are buried in the Memory Cemetery in Page County, Iowa, with other relatives, including children.
At least three of Nellie's relatives inscribed pages, including 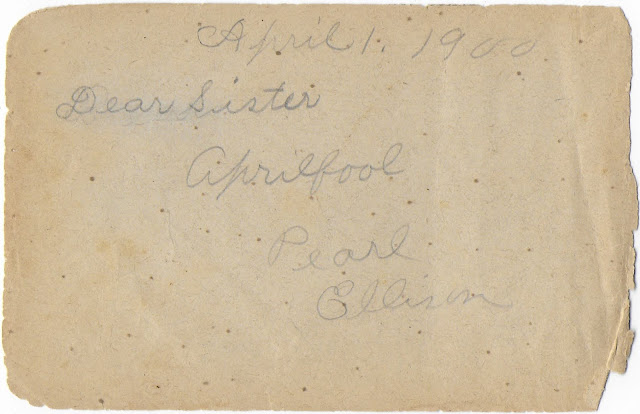 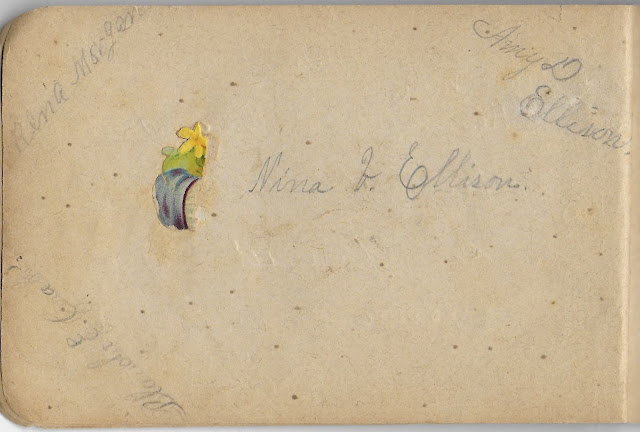 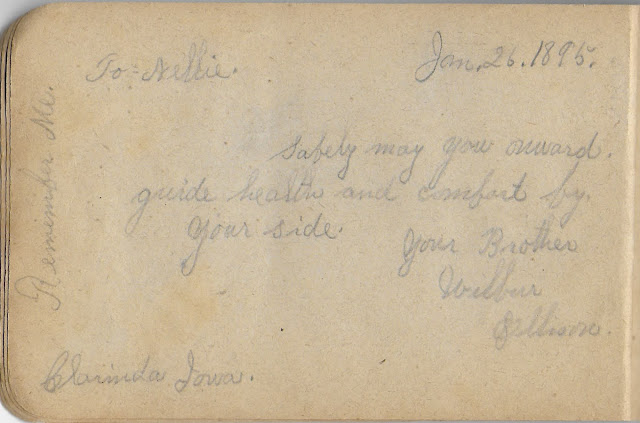 If you have corrections and/or additions to the information above, or information on any of the inscribers mentioned below, please leave a comment or contact me directly.
List of Inscribers