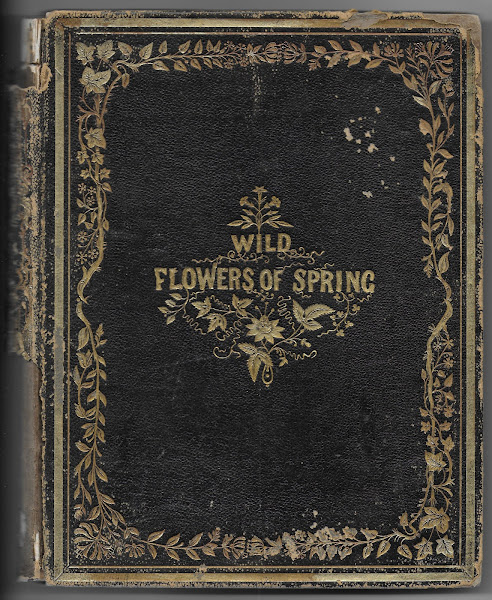 1859-1887 autograph album kept by Mary C. Eaverson (1842-1916) of Philadelphia, Pennsylvania.  Mary would marry one of the inscribers, Lorenzo F. Davis (1835-1903).
The album, published by Riker, Thorne & Company and printed by Ackerman Lith., measures approximately 9-1/2" by 7-1/2 and contains the sentiments of 50 of Mary's relatives and friends, as well as six full page hand-colored engravings of birds and flowers [shown at the end of the post]. This would have been a treasured gift.
An alphabetical list of the inscribers, together with any personal information they offered, appears at the end of this post. 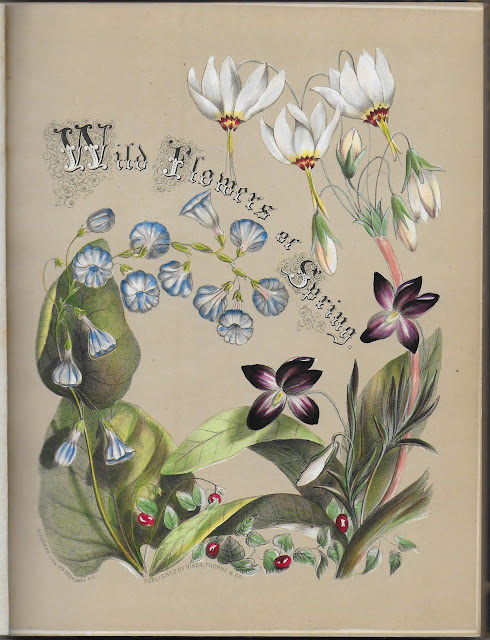 Surnames in the Album
From brief online research, hopefully correct - corrections and additions requested
Mary C. Eavenson was born in 1842, the daughter of Jones Eavenson and Emily (Valentine) Eavenson, Quakers in Philadelphia, Pennsylvania.  Mary's father and his third wife Phebe inscribed a page in the album on the 6th day of the second month 1883.  Sadly, Jones Eavenson would die the next month. 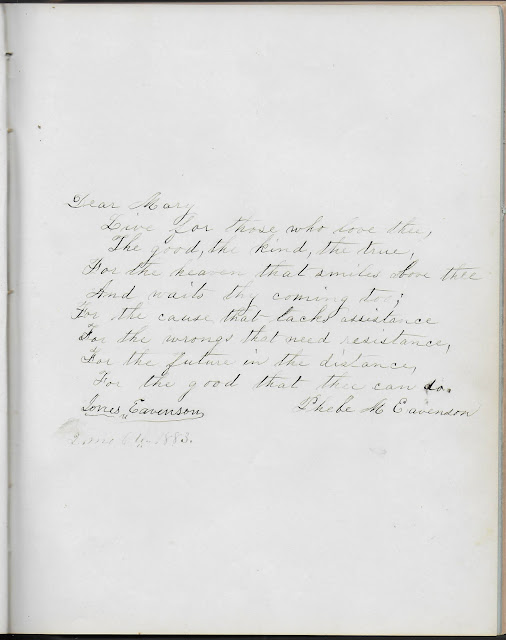 It appears that Mary and her husband Lorenzo F. Davis made their home in Philadelphia.  Their marriage year is given as 1868 in A genealogical record of the descendants of John and Mary Palmer of Concord, Chester (now Delaware). Lorenzo wrote his name in two places in the album, one on an individual page at Philadelphia on the 19th day of the first month of 1883 and again on the 24th day of the 4th month of 1887 on a page shared with Aldes L. Ash. 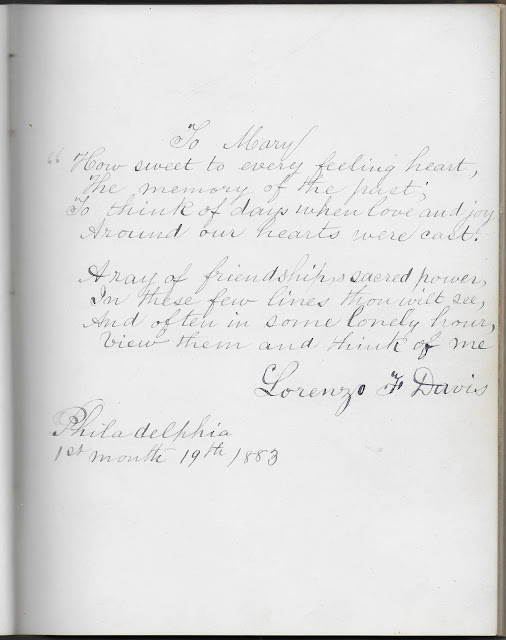 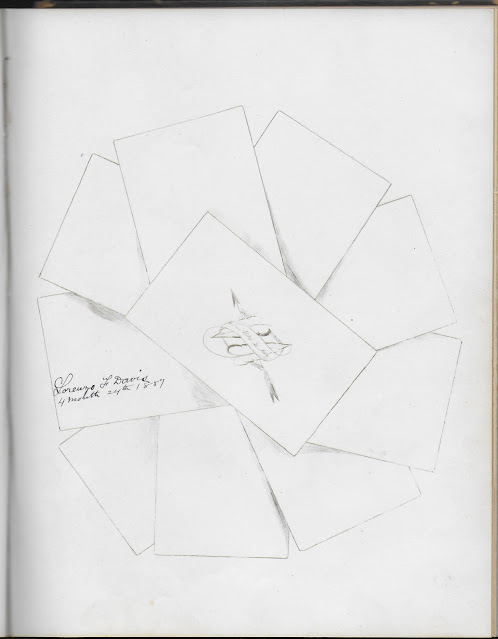 Many of Mary's relatives inscribed pages in the album, some with the surname Eavenson and some from surnames that married into the Eavenson family.
If you have corrections and/or additions to the information above, or information on any of the people mentioned in the list below, please leave a comment or contact me directly.
As I was going through, it became evident that the owner was Mary C. Eavenson, but it helped that Aldes L. Ash created an Acrostic of Mary's name in 1864 at Philadelphia, Pennsylvania. Interestingly, many online trees have Mary's middle initial as E, so Aldes' inscription is especially important. 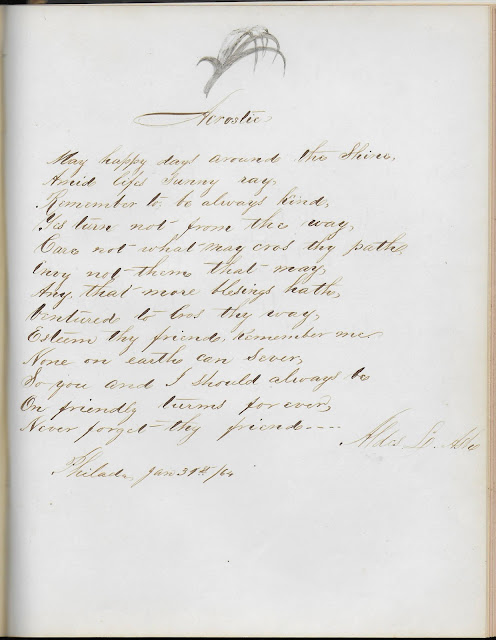 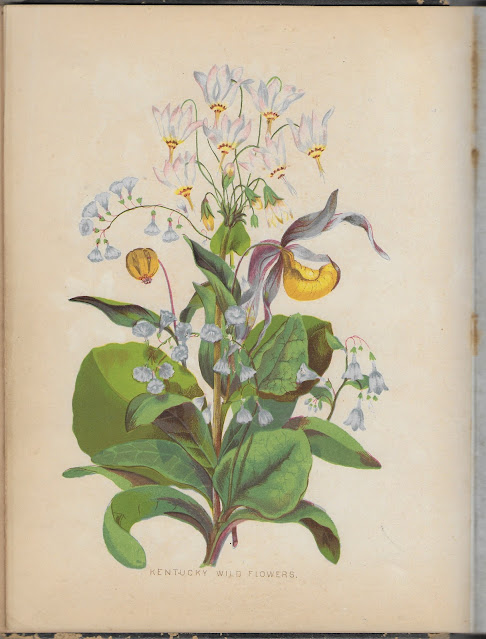 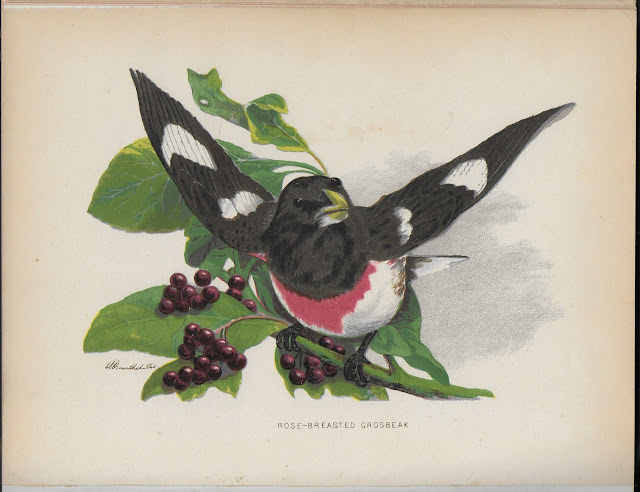 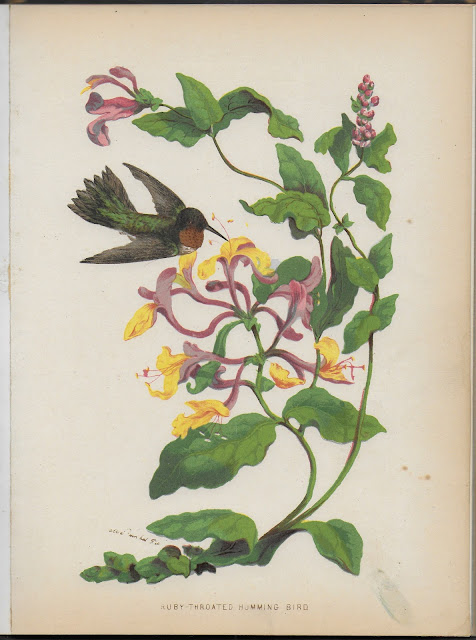 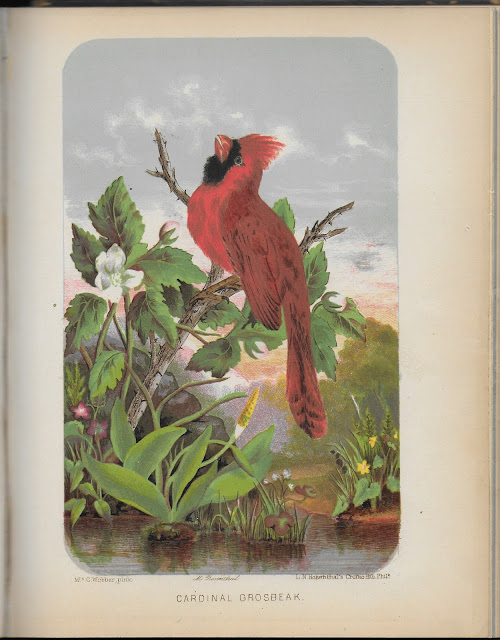 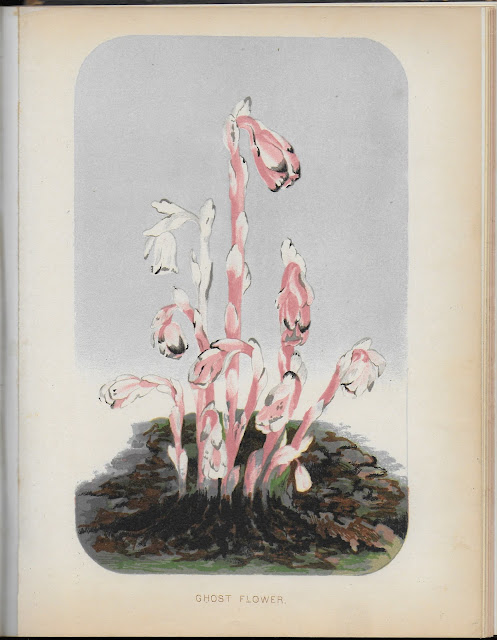