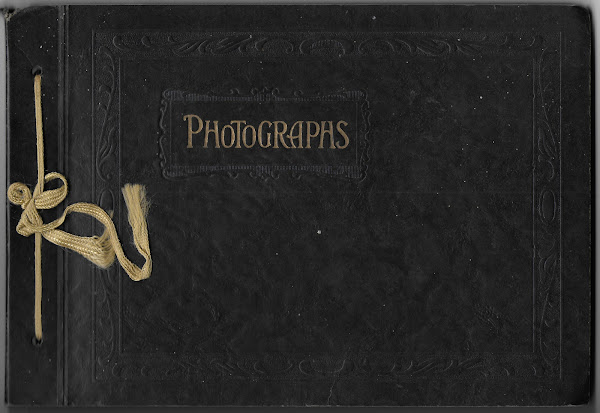 1920s photograph album with 18 photographs of Jewel Christine Aston (1921-1934), "Christine", of Johnson County, Texas. A few photographs show children with Christine, including Kathleen and H. W. Alexander.
Sadly, I was to discover the Christine, the daughter of Jewel Adolphus Aston and Sarah Elizabeth (Lancaster) Aston, would die young, in 1934. She's buried in the Cleburne Memorial Cemetery at Cleburne, Texas. .
What helped to identify Christine was that one of the photographs had come unglued, with the name, on the reverse, of the place where the photograph was processed: Johnson's Studio in Hillsboro, Texas. 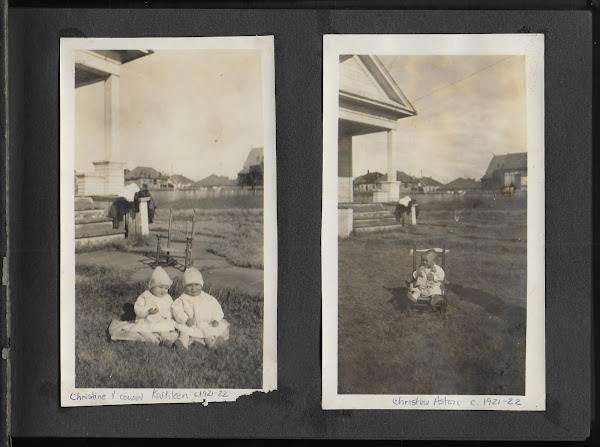 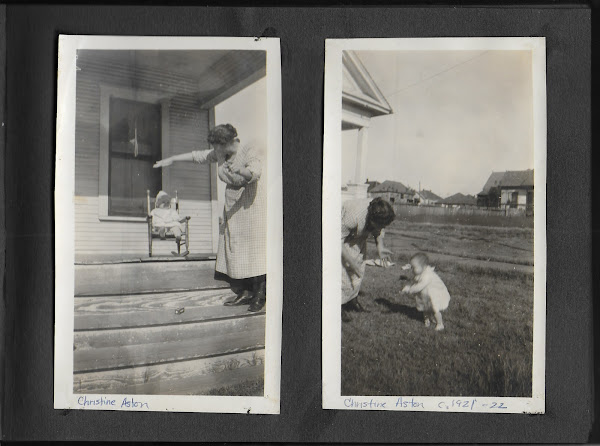 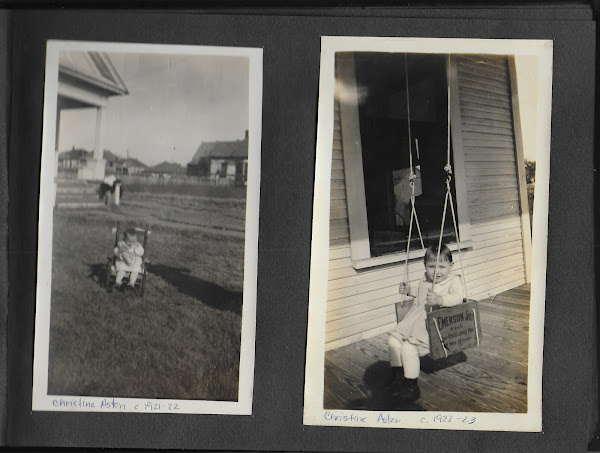 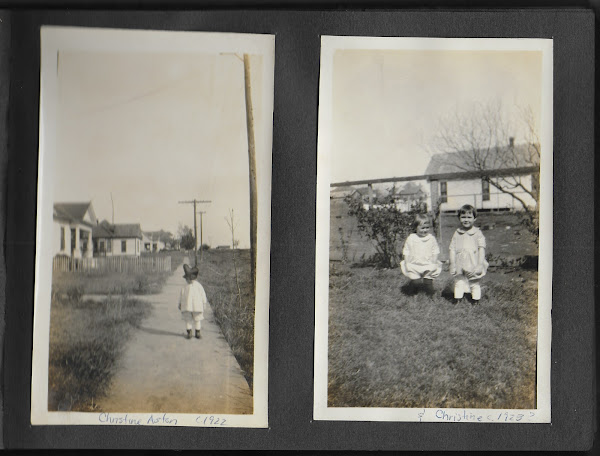 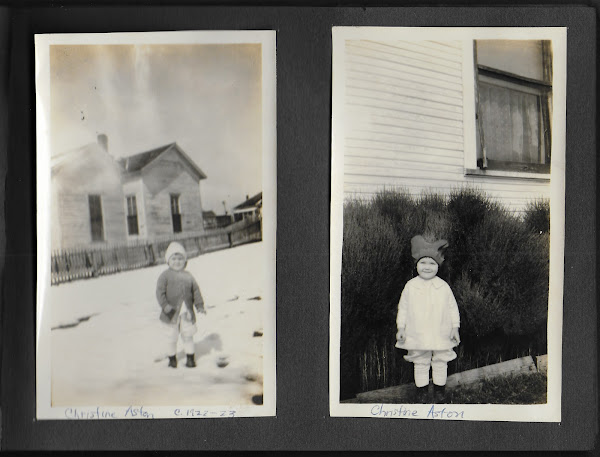 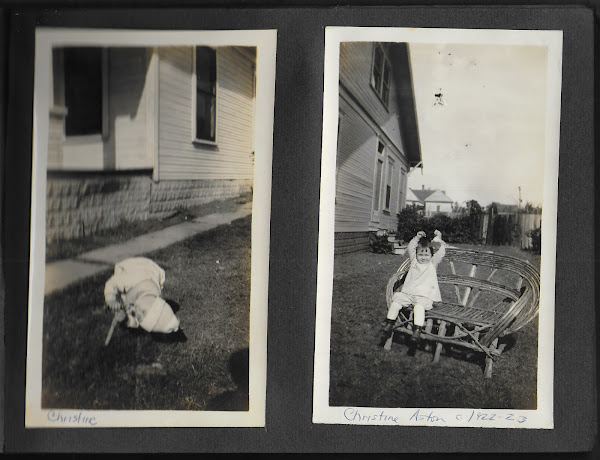 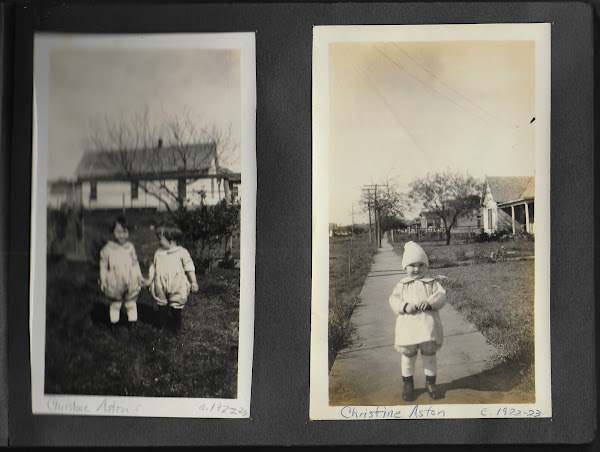 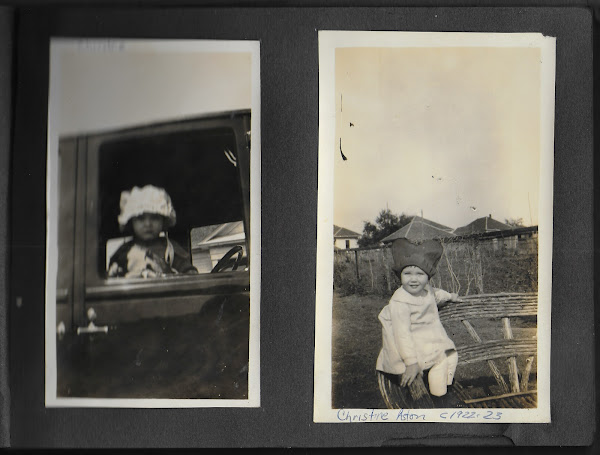 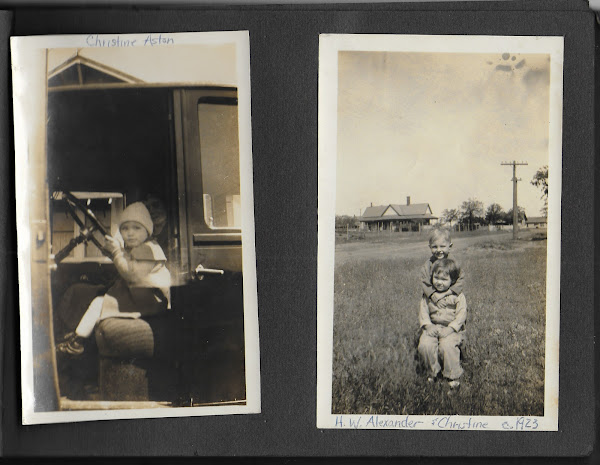 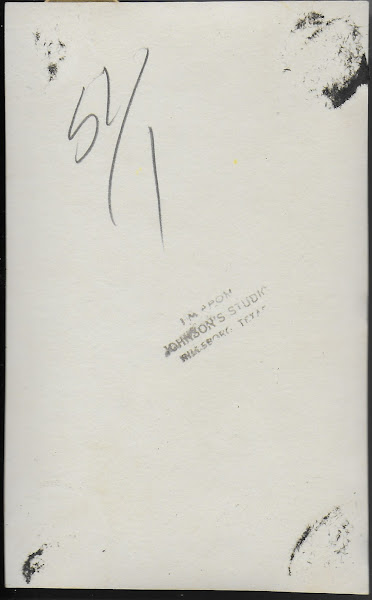 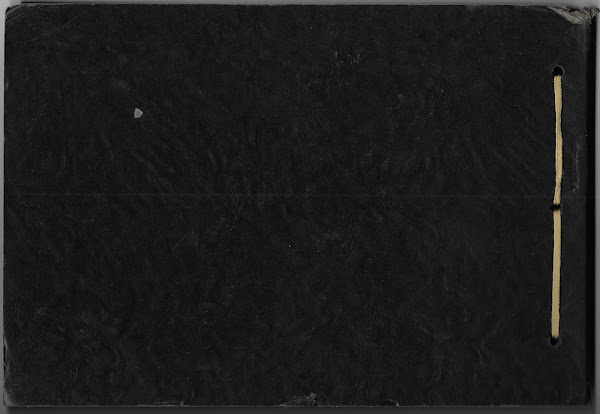 Posted by Pam Beveridge at 8:35 AM