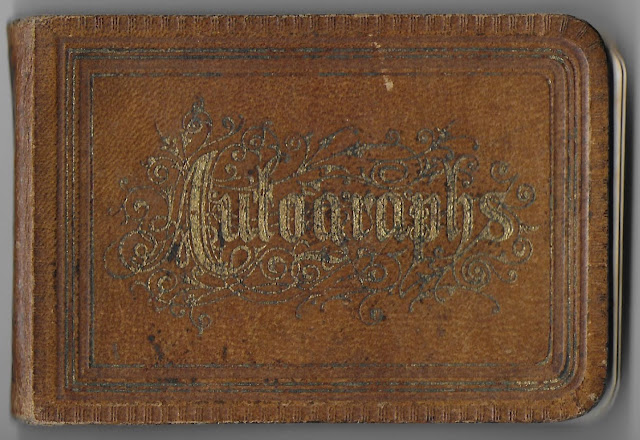 One inscriber, Asenath Haskell of Rockport, directed to sentiment to "Tina". 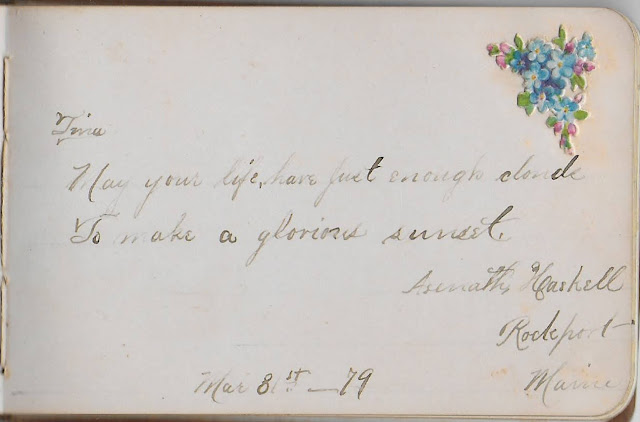 The album measures approximately 4-1/4" by 3" and contains the sentiments of 19 of the owner's relatives and friends, including, possibly, her father. An alphabetical list of the inscribers, together with any personal information they offered, appears at the end of this post. 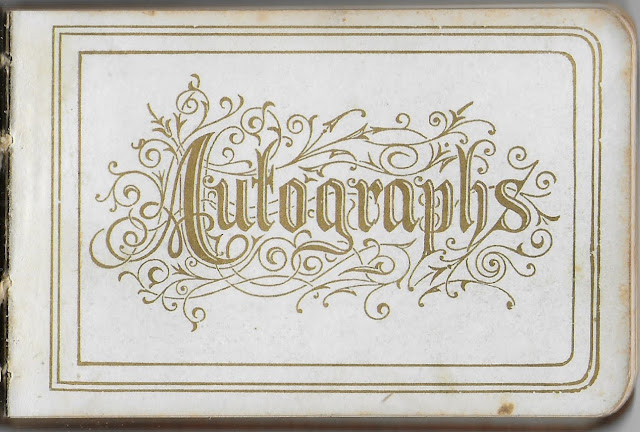 The owner was presumably a child of Sea Captain James Robbins Thurston and his wife Pauline (Ackley) Thurston of Rockport, Maine. From the sources I checked, there were three sons and three daughters - one son died young and the youngest daughter was presumably too young to be the owner of the autograph album. Both of the sons inscribed pages in their sibling's album, and one sister died, but, sadly, she did not give her name.

The James R. Thurston who inscribed a page at Rockport, Maine, in 1881 might have been the album owner's father. 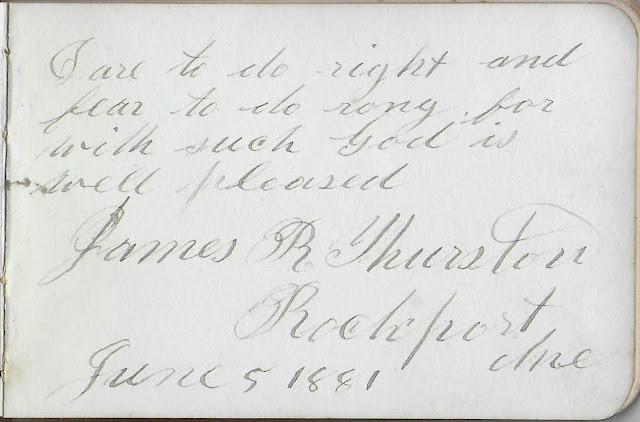 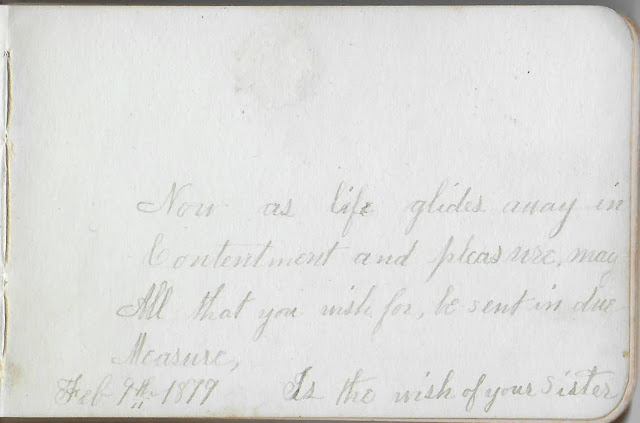 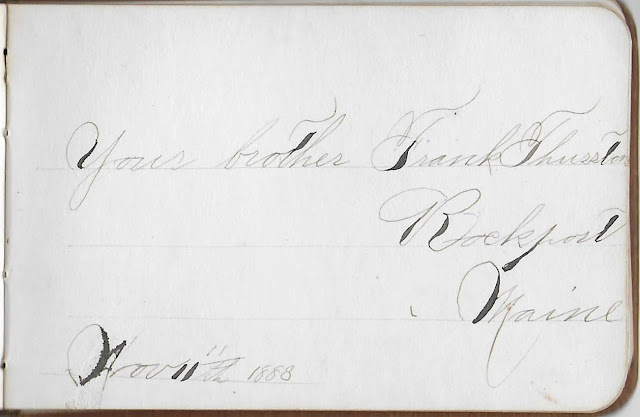 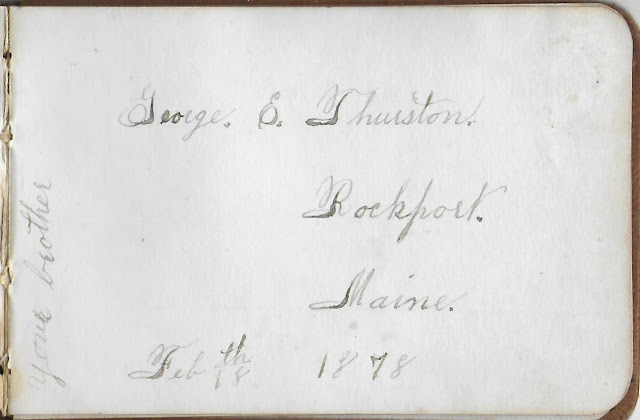 If you have corrections and/or additions to the information above, or if you have an idea of who might have owned the album or information of any of the people mentioned in the list of inscribers at the end of this post, please leave a comment or contact me directly, so that I can correct or amend this post. Thanks!
List of Inscribers