1890s Autograph Album of Edna Laniel Given (abt 1878-) of Alna, Maine; also known as Edna Laniel Meader after her Stepfather, Franklin C. Meader 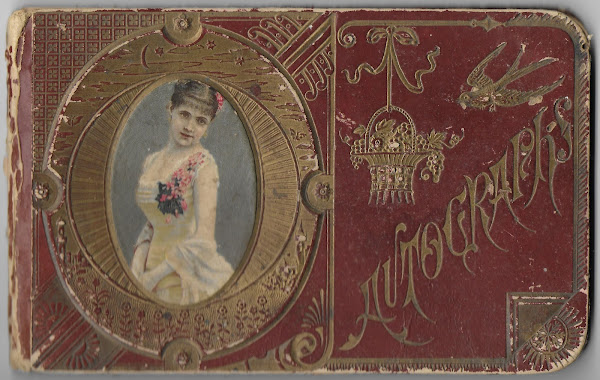 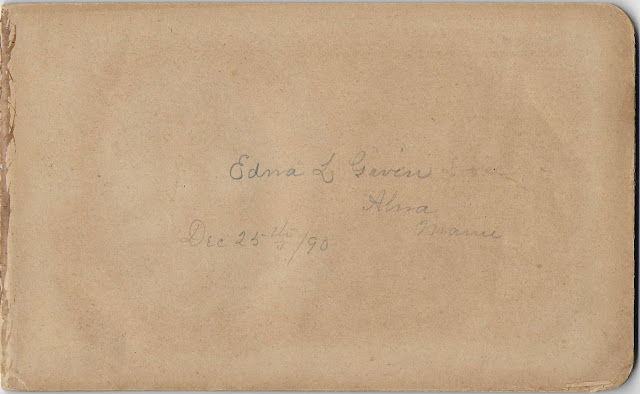 Edna was the daughter of Robert Given and Medora Bryant (Hall) Given Meader (1856-1925), "Dora", of Alna Maine.  I'm not sure what happened to Robert, but Dora married Franklin C. Meader (1858-1941) in 1890, after which some records show Edna's maiden name as Meader. Edna would marry Edgar Whitman Looke in Massachusetts in 1900.
Deaths and/or breaks in family relationships made researching this family difficult. Hopefully a reader will provide clarifications.
Dora's stepfather Franklin C. Meader was presumably the F. C. Meader who inscribed a page in the album. 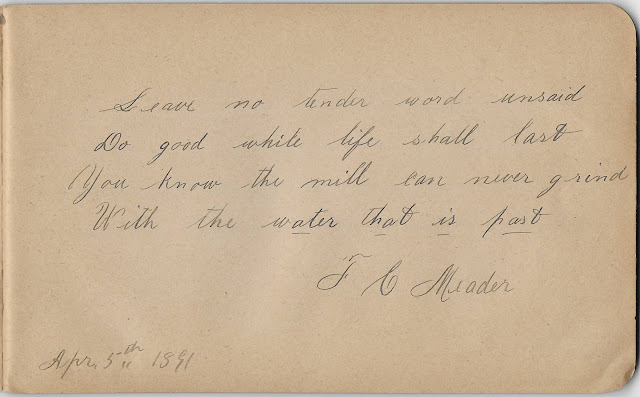 The album measures approximately 8" by 5" and contains the sentiments of 18 of Edna's relatives and friends. An alphabetical list of the inscribers, along with any personal information they offered, appears at the end of this post.
Surnames in the album
Cobb (2)
Duran
Given (2)
Heath
Hilton (2)
Jordan
Lunt
Meader
Morrill (2)
Page
Parsons
Ware (2)
Winslow
Young
Two of Edna's sisters inscribed pages in the album: Mamie Cargill Given and Maude G. Parsons, who was presumably adopted out at some point. 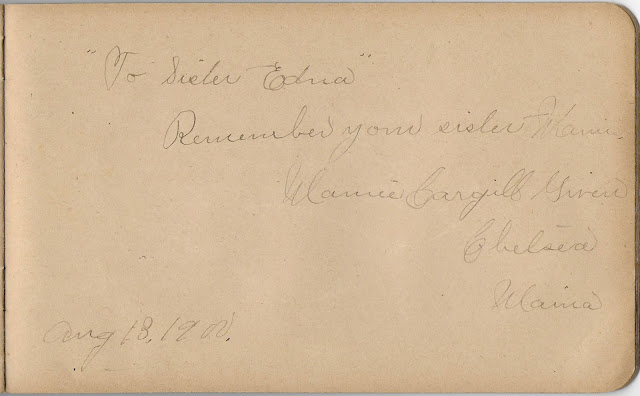 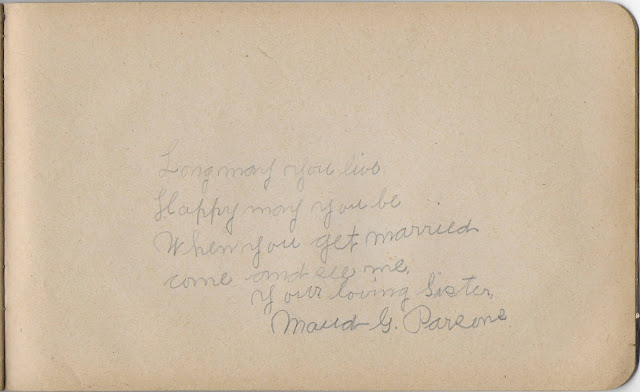 Maud G. Parsons (1882-1951), who would marry Ralph Lysander Jackson
If you have corrections and/or additions to the information above, or information on any of the people mentioned in the list of inscribers below, please leave a comment or contact me directly.
Alphabetical List of Inscribers
Posted by Pam Beveridge at 8:17 AM