1833 Letter from Fred Hobbs at Eastport, Maine, to Aaron L. Raymond, Esq., at Machias, Maine - list of Cases with Names 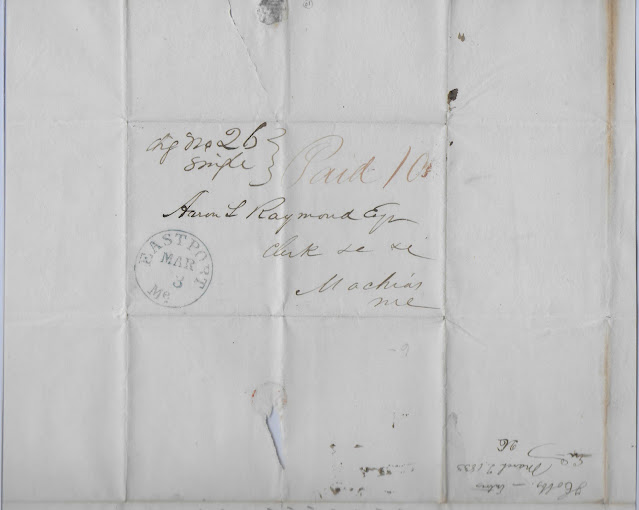 1833 Letter from attorney Frederick Hobbs at Eastport, Maine, to Aaron L. Raymond, Esq., Clerk of the Judicial Courts of Washington County, at Machias, Maine - containing a list of proposed cases, with many names. 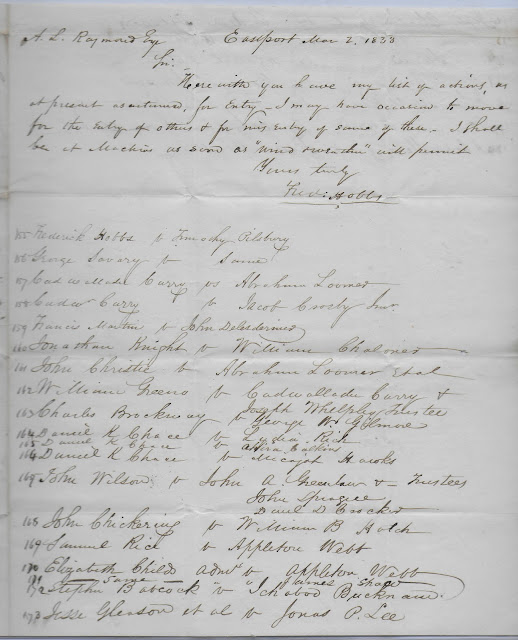 A. L. Raymond              Eastport, Maine Mar. 2 1833
Sir:
Herewith you have my list of actions, as at present as actioned, for Entry. I may have occasion to move for the Entry of others & for mis Entry of some of these. I shall be at Machias as soon as "wind or weather" will permit.
Yours truly
Fred Hobbs 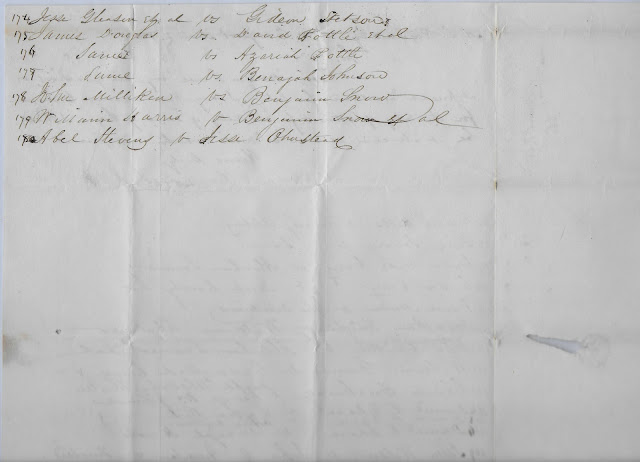 If I was able to find a FindaGrave memorial for any of the people below, I linked it to their names. Thanks to dedicated volunteers, some of these memorials contain far more information than mere dates.
If readers have corrections and/or have insights on any of the people mentioned here, please leave a comment or contact me directly, so I can update the list.
Those Named - Note: some may have lived in neighboring New Brunswick, Canada
Posted by Pam Beveridge at 7:24 AM