Calling Cards of 8 Members of the Morrill Families of Belmont, Maine; part of larger Collection of 42 of Area People 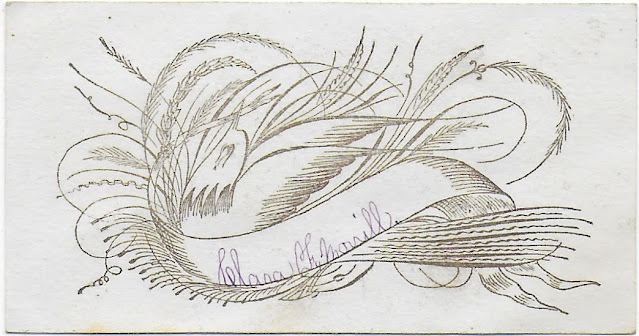 Calling cards of 8 members of the Morrill families of Belmont, Maine, part of a collection of 42 calling cards, from 31 different people from Waldo County, Maine.
An alphabetical list of all 31 people appears at the end of this post.
The calling card of Clara F. Morrill (1853-1938), who would marry William McKinney, appears at top. She wrote "Belmont Me." on the reverse. 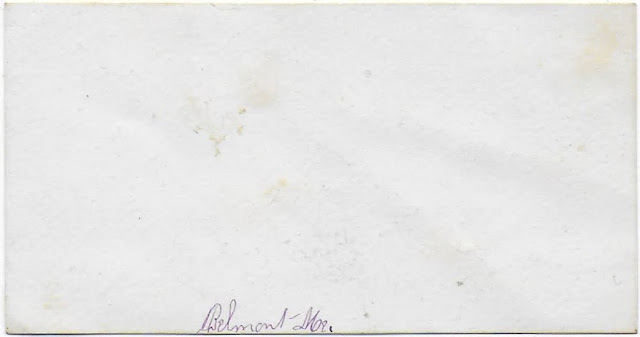 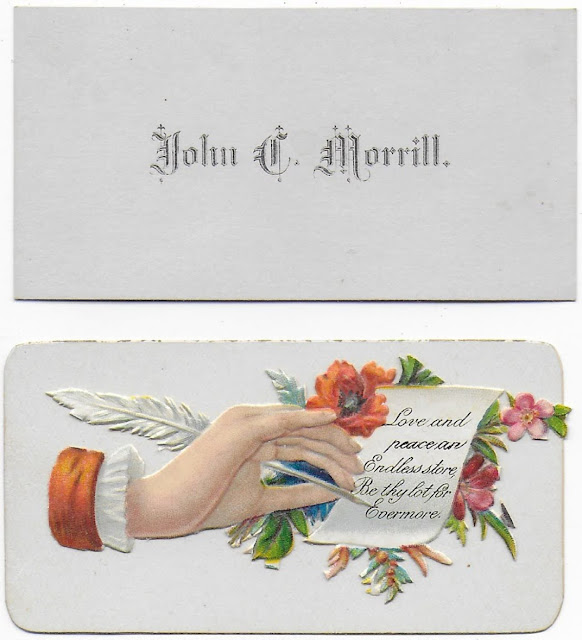 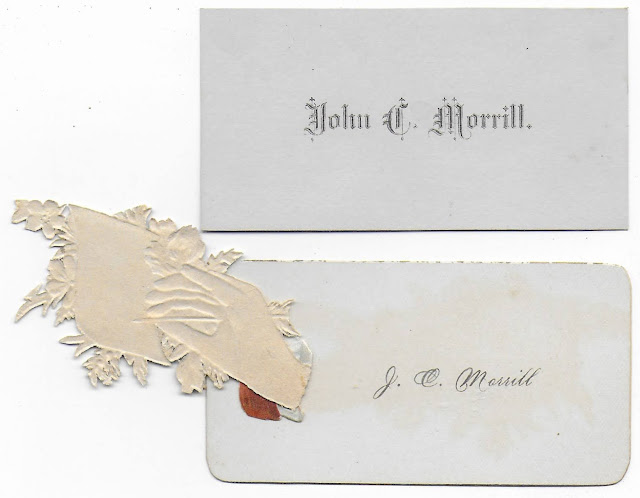 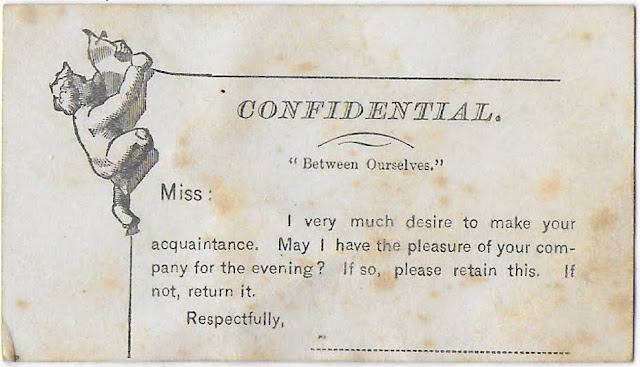 Alphabetized list of calling card owners in the collection of 42:
Notice the town of Morrill just north of Belmont.
Posted by Pam Beveridge at 7:33 AM