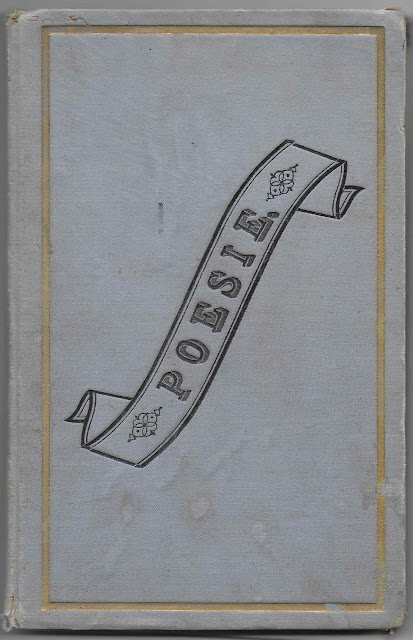 1880s autograph album that belonged to an Irene, or "Renie", who was presumably from Pennsylvania or New York and who spent at least a term in Heidelberg, Germany at Villa Livonia,  a boarding school for young ladies operated by the Rosenplaenter family.
The album was given to Renie by Miss Fannie at Christmas in 1882. 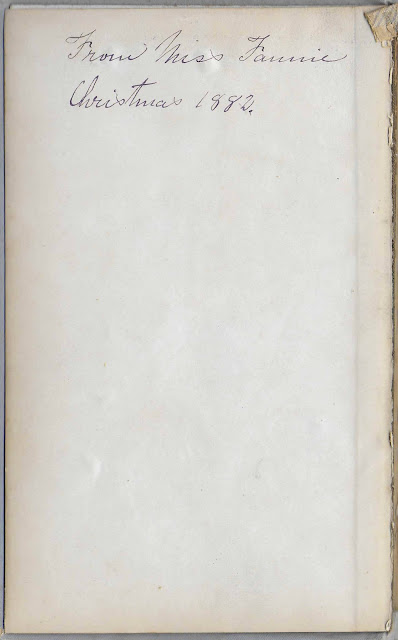 The album measures approximately 8" by 5" and contains the sentiments of 37 of Renie's friends, schoolmates and instructors in the United States and in Heidelberg.
Many of the inscribers were Renie's fellow students at Villa Livonia, some of whom inscribed pages in German and French, including several members of the Rosenplaenter family, who ran the school.

Interestingly, the Rosenplaenters may have been Americans rather than German, as I had at first assumed. Inscriber Carlos B. Rosenplaenter may have been the Carlos B. McKeever (1863-1936), a mining engineer, whose passport application indicates that he was born in New York City on 7 December 1863, the son of Frederick Leonard Rosenplaenter, who was also born in the United States, and Caroline Bartlett (McKeever) Rosenplaenter (1842-1929), born in Baltimore, Maryland.
This Carlos had siblings whose names matched the names of other inscribers. Other records show that Carlos was not the only male sibling to change his surname to McKeever.
Of further interest, there was another inscriber in the album with the surname McKeever - Edith McKeever, who called herself Renie's schoolmate and may have been related to Caroline Bartlett (McKeever) Rosenplaenter.
At least three of the inscriptions from New York were penned by cadets at the United States Military Academy at West Point. They were :

Presumably V. Vilioti or Milioti, who inscribed the left facing page, was the artist of the lovely sketch below. 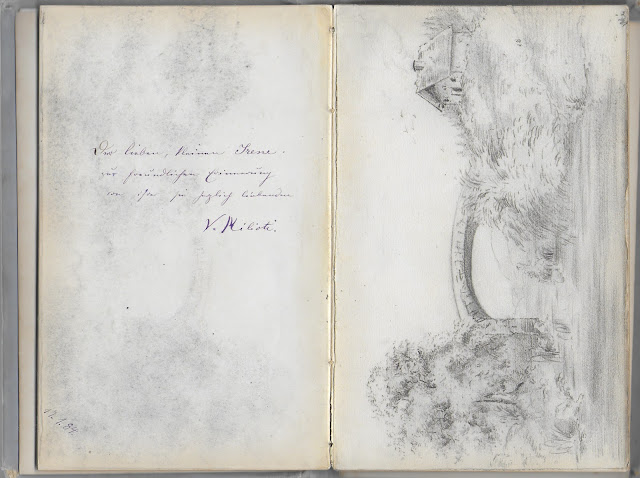 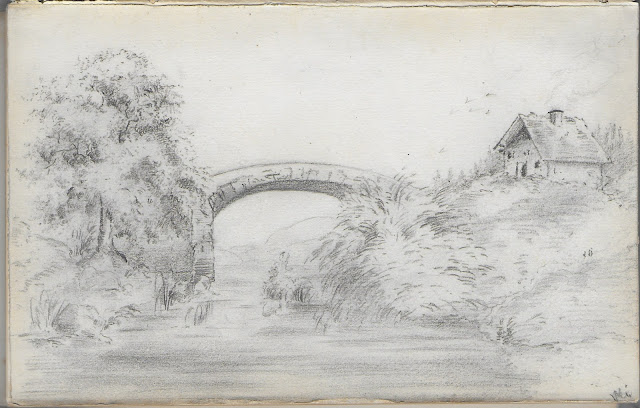 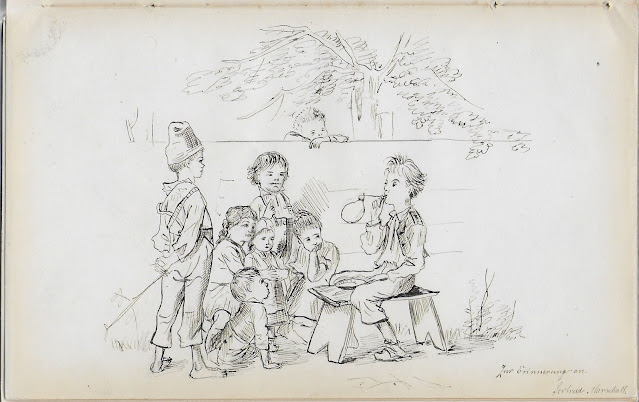 If you have a theory as to the identity of Irene, "Renie", or if you have information on any of the other people mentioned in the list below, please leave a comment or contact me directly.
Alphabetical List of Inscribers
?
A
C
D
F
H
J
L
M
P
R
S
V

Posted by Pam Beveridge at 3:37 PM