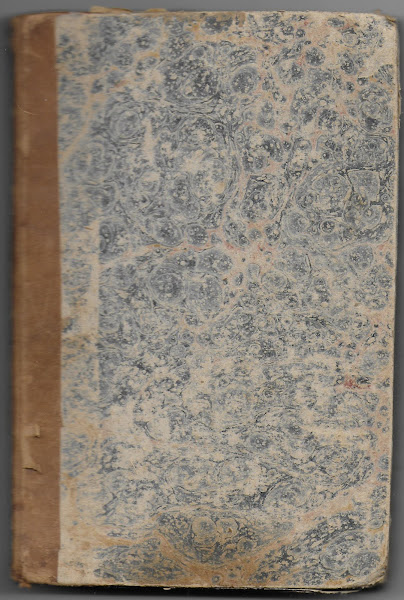 The American Preceptor, Being a New Selection of Lessons for Reading and Speaking, Designed for the Use of Schools, by Caleb Bingham, A.M., printed in New York by B. & J. Collins for C. Bingham, 1815.
The owner's name on the second end paper: Mary E. Starr, November 1st 1818 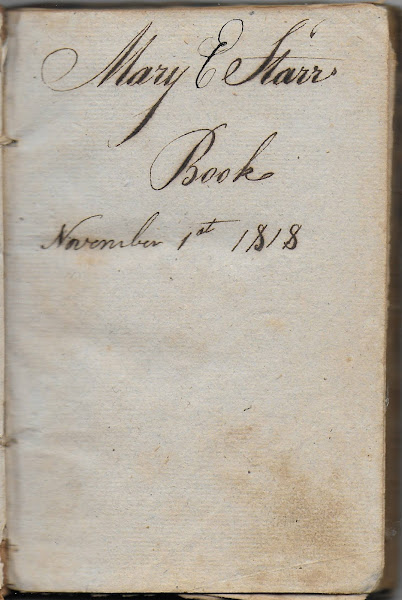 The title page, shown below, indicates that this book was printed in New York by B. & J. Collins for author Caleb Bingham.  The book measures approximately 6-1/2" by 4-1/4" and contains 228 numbered pages. It appears that a few pages are missing between the Contents and the next page, which is numbered 9. 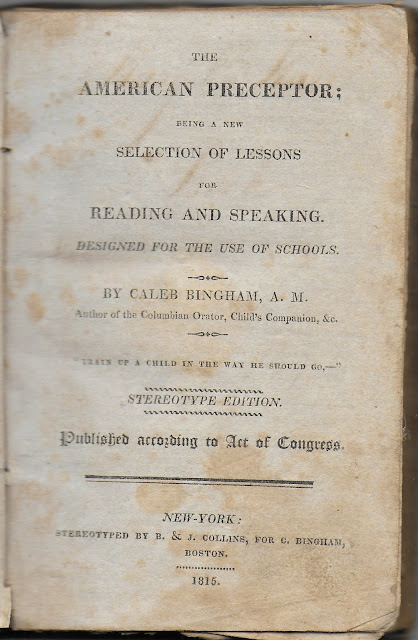 Contents, shown in the two images below:  this book would have been geared toward the older student. 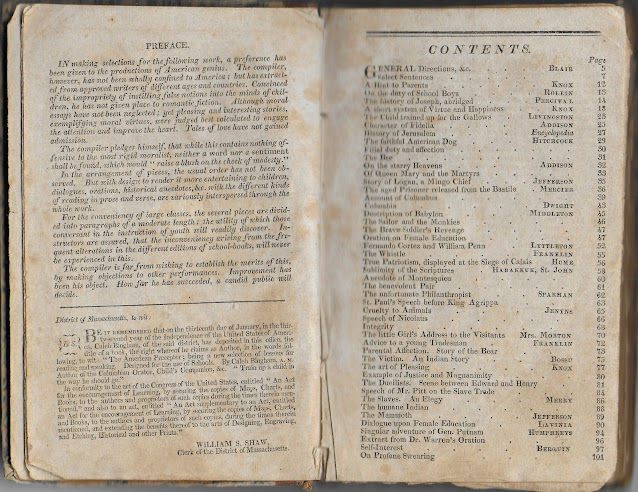 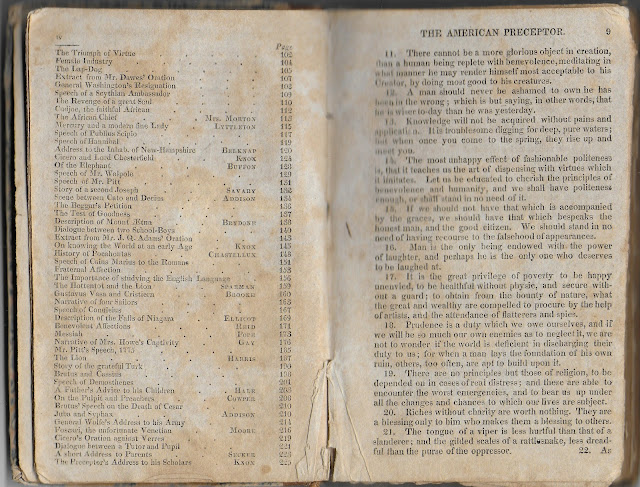 Interestingly, there were several women in Connecticut named Mary E. Starr, including one who was born 3 February 1799 in New London, Connecticut, daughter of Joshua and Lucy Starr. Joshua and Lucy were presumably the Joshua Starr, Jr. and Lucy Colfax who married in Hartford, Connecticut, on 25 April 1798.
This Mary E. Starr (1799-1863), who would marry William Loring Whiting (1795-1850) in 1820, would have been a suitable age in 1818 to have this as a lesson book.
The Whiting family appears to have moved to Canada, where some of their children were born, and then to Chicago, Illinois, where William was involved with the Whiting, Magil & Company, "forwarding and commission merchants". According to an encyclopedia entry on their youngest daughter Alice Harvey (Whiting) Putnam (1841-1919), William founded the Chicago Board of Trade. Loring Street in Chicago is named after William L. Whiting.
Even more information here contained in A history of the Starr family of New England, from the ancestor, Dr. Comfort Starr of Ashford, County of Kent, England, who emigrated to Boston, Mass., in 1635 by Burgis Pratt Starr (1822-1883), published in 1879.
If you have another theory as to the identity of Mary E. Starr, please leave a comment or contact me directly. 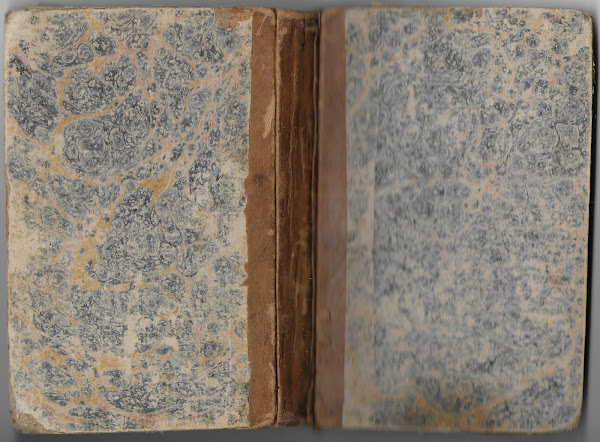 Posted by Pam Beveridge at 6:40 AM