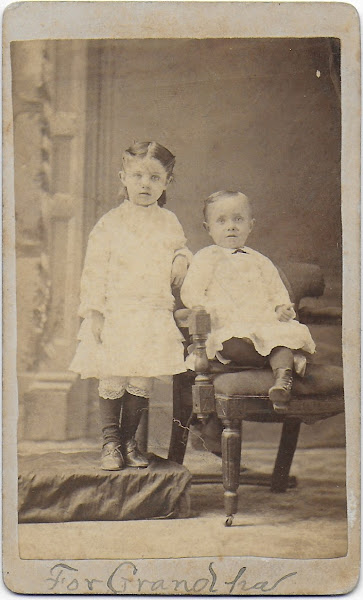 Carte de Visite of two young siblings; taken by the J. Z. Foulk studio of Hillsboro, Oregon; to be given to "Grandpa" 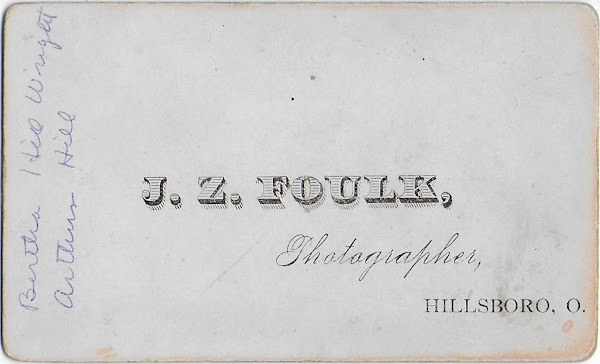 There was a Bertha May Hill (1874-1951), but her younger brothers were named Ansel Benjamin Hill (1875-1957) and Morton Vernon Hill (1877-1936), not Arthur. Interestingly, rather than 1875, Arthur Benjamin Hill gave his birth date as 21 October 1880 on his World War II draft registration card. If that is correct, perhaps there was a brother named Arthur in between Bertha and Ansel, who did not survive.
Bertha May Hill (1874-1951) married Charles Paul Wright in 1892.
If you have a theory as to the identities of Bertha Hill, who married a Mr. Wright, and Bertha's younger brother Arthur Hill, please leave a comment or contact me directly.
Posted by Pam Beveridge at 2:16 PM