1826 Deaths at Cornish, New Hampshire; from a Handwritten Journal Covering the Years 1826 to 1850 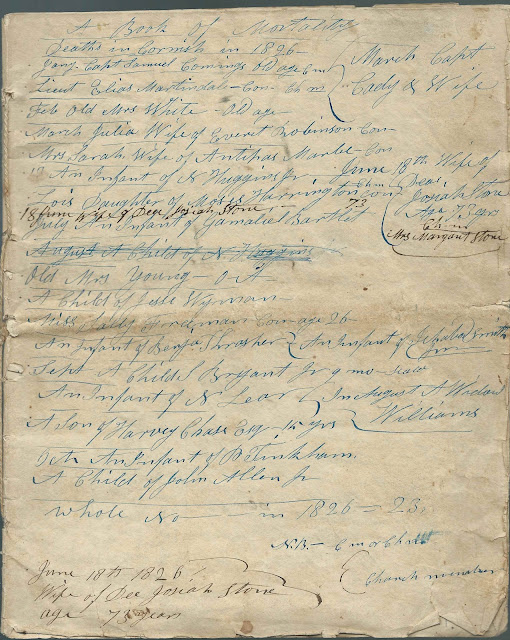 Note:  Please let me know if you find errors in transcription or information - thanks in advance!

First page from a journal handwritten by an unknown person, but likely by a descendant of William Ripley, that lists the deaths at Cornish, New Hampshire from 1826 to 1850.  This post covers deaths in 1826.

Interestingly, an article in the New England Historical and Genealogical Register of 1917, pages 338-342, describes the project undertaken by William Ripley to record deaths in Cornish, New Hampshire, from 1775 until his death in 1818, upon which the task was given over to subsequent descendants.

See other posts that list deaths in the years:

The journal measures approximately 9-3/4" by 8" and consists of the covers, 8 interior pages, with entries also on the inside back cover.

"Con" might refer to "Consumption", whether tuberculosis or an all-inclusive term for wasting away.  "OA" is presumably "Old Age".  Chm or Cm presumably refer to "Church Member".  Some pages mention "Bm", might be "Baptist member".

If you notice spelling and interpretation errors and/or if you have clarifying information or alternative identities for any of the people mentioned, please leave a comment or contact me directly.

Sources for the information, hopefully correct, that I've added to the listings:

The entries are a bit jumbled, so be forewarned that the deaths might not have occurred in the month noted, and some dates don't match other sources, but are close and may even be more dependable, if this journal is truly a primary source.

August 1826
September 1826
October 1826
Whole number in 1826 - 23  [I get 21, but he mentioned Mrs. Margaret Stone, who died on June 18, 1826, three times.]
If you notice any transcription errors, or if you have information to share on any of the people mentioned above, please leave a comment or contact me directly. 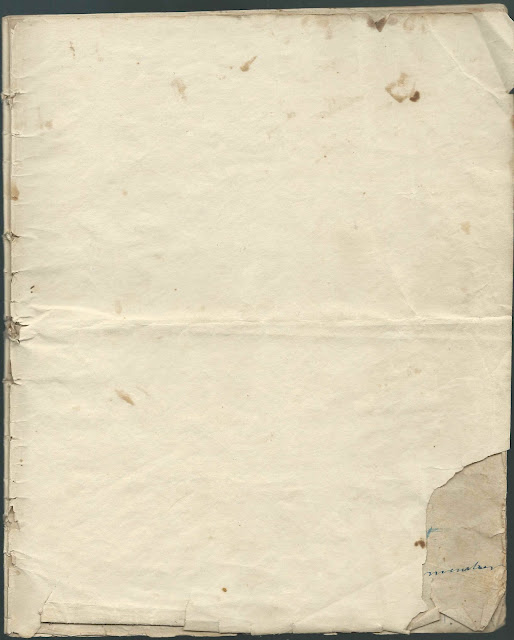 Posted by Pam Beveridge at 8:52 AM