Family Records Pages of Henry and Jane Foster of Quebec 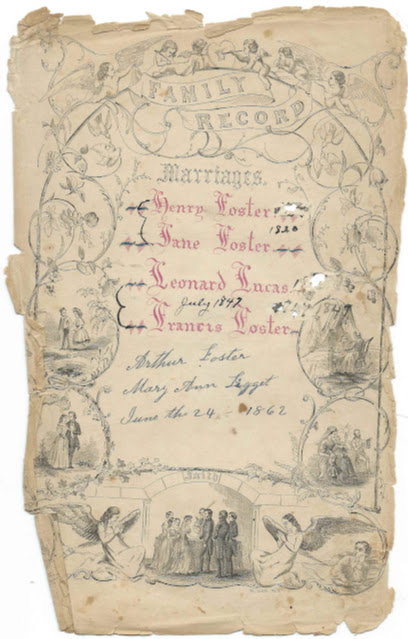 Family Records pages of the Henry and Jane Foster family of Quebec.  If the pages were once part of a Family Bible, they were apparently removed long ago.  Based on a few clues, I believe the Bible, or at least the pages, passed into the hands of their son Arthur and his wife Mary Ann (Ligget) Foster. 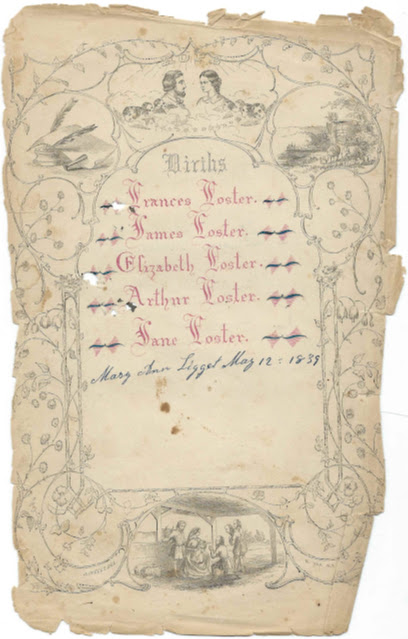 The Births page lists Henry and Jane's five children, but does not give their dates or places of birth. It also lists their daughter-in-law Mary Ann (Ligget) Foster. 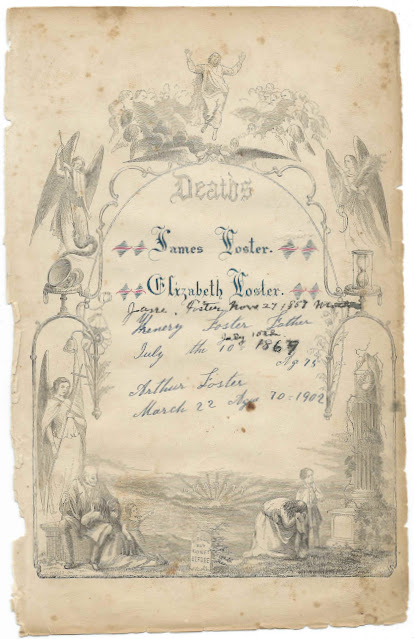 The Deaths page lists the deaths of Henry and Jane Foster and three of their children:
The Miscellaneous page is empty. 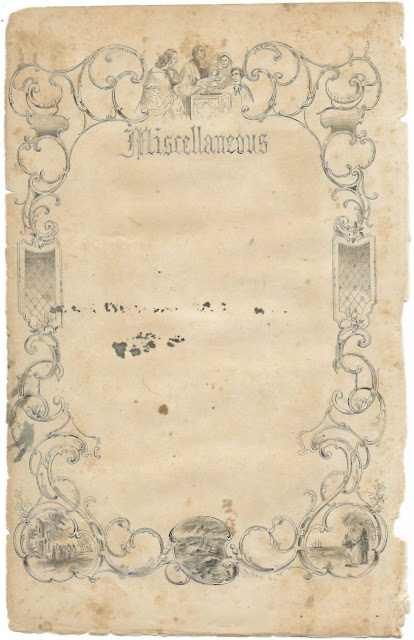 Henry Foster was born in County Sligo, Ireland about 1795; Jane was born about 1797, also in Ireland, I believe.  They eventually settled in Quebec and had 5 children, Frances; James; Elizabeth; Arthur; and Jane.