1885 Diary of a Farmer from the Dunstable, Massachusetts, Area 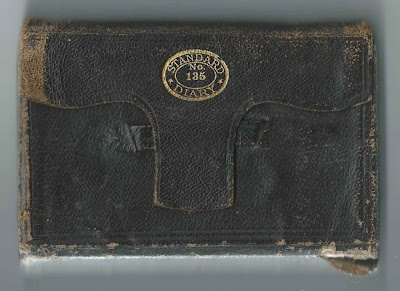 1885 diary of a farmer, presumably male, from the Dunstable, Massachusetts, area, judging from clues in the diary.  Also mentioned are Nashua, New Hampshire, and Tyngsborough, Massachusetts.

At the end of this post you'll find an alphabetical list of people mentioned and images of all of the pages. 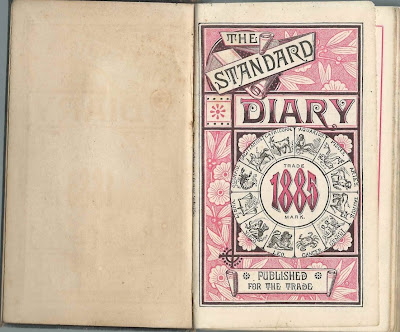 The diary measures approximately 4-3/4" x 3" and is filled with mentions of various farming activities at the farm and the "new farm", as well as Temperance meetings and a few personal observations.   He mentioned going to Church both morning and evening on many days, and he served at least for a time as a sexton.  He mentioned a horse named "Gil".   And he was apparently a bird lover, judging from the entry for April 1. 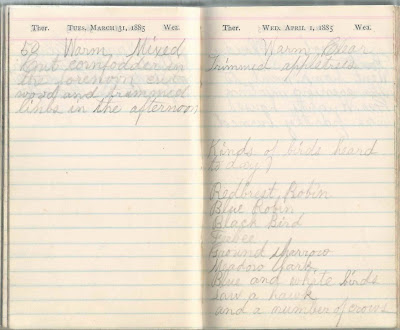 Among the noteworthy entries:

Several people are mentioned by first name only, which could possibly indicate a family relationship:
Hopefully the clues above and below will help a reader identify the diarist.