1860s/1870s Pages from the Family Bible of George L. Brunnemer of Indiana 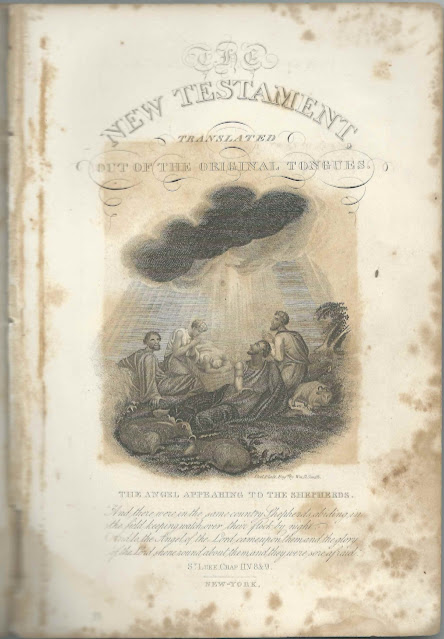 Family Record pages that at some point were removed from the Family Bible of George L. Brunnemer and his wives Sarah E. McClellan and Nancy C. Vanarsdall. 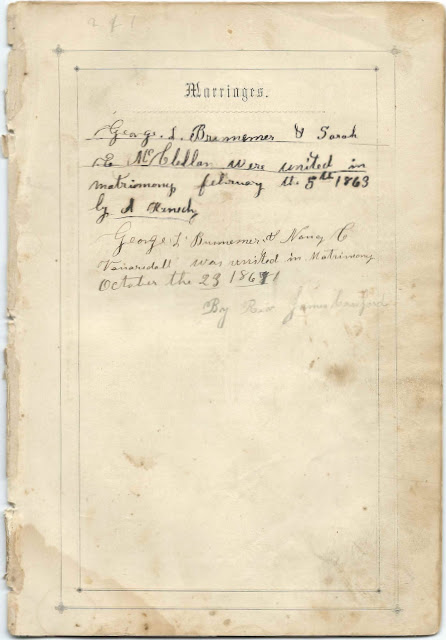 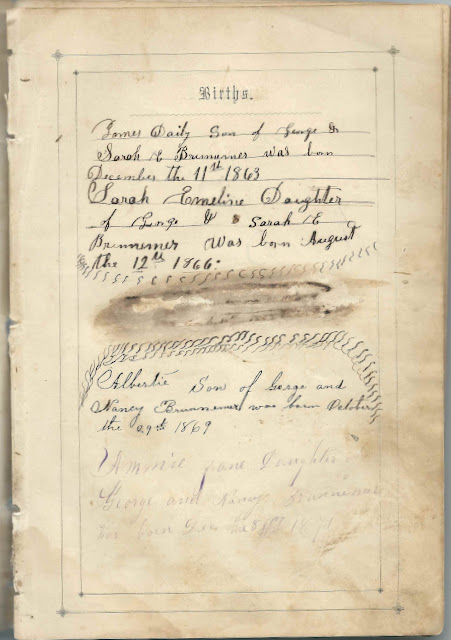 George was married to Nancy C. Vanarsdall on October 23, 1867, by Rev. James Crawford; they had three children listed in the Bible, and reportedly at least one more, if not more, that weren't recorded: 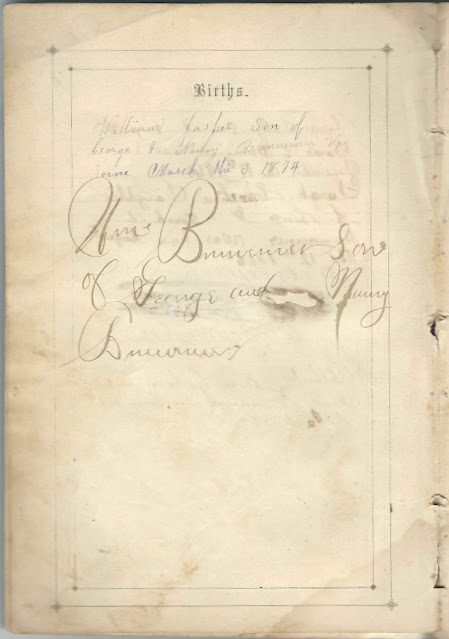 Read a short biography of George L. Brunnemer and his wives and children from History of Johnson County, Indiana, by D. D. Banta and published in 1888.

There are family trees online that have photographs of George and his family, but I haven't yet received permission to post them here.

Found with the pages were several unmarked pages and three engravings: 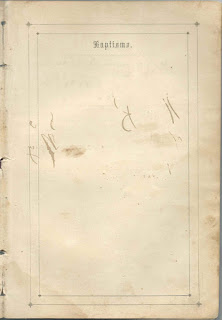 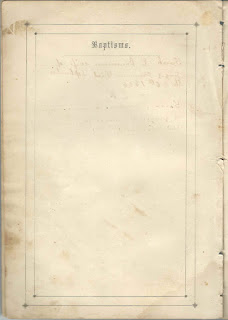 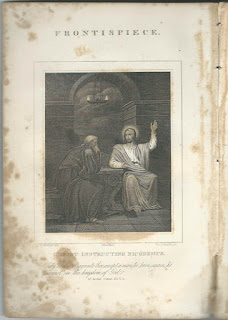 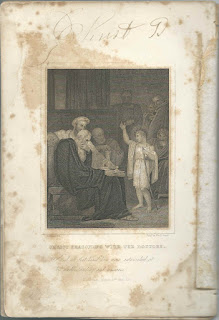 If you have information that conflicts with the information above, or additional information, please leave a comment or contact me directly.

Posted by Pam Beveridge at 8:40 AM