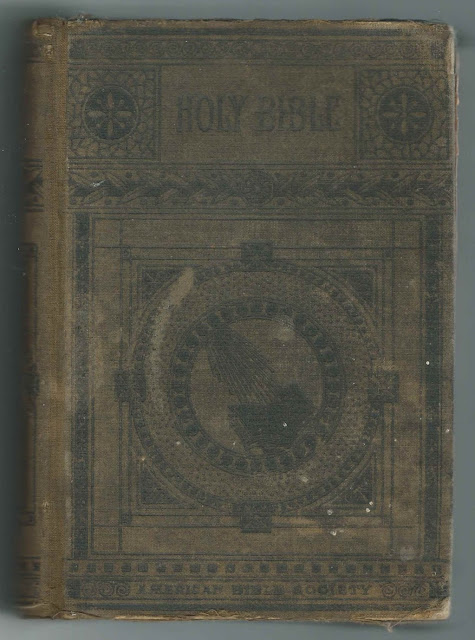 Family Bible that was given to Frank C. Bennett as a Christmas present.   He may have been living at Hartford, Maine, or Wilton, Maine, or even at Scituate, Massachusetts, when he received the gift. 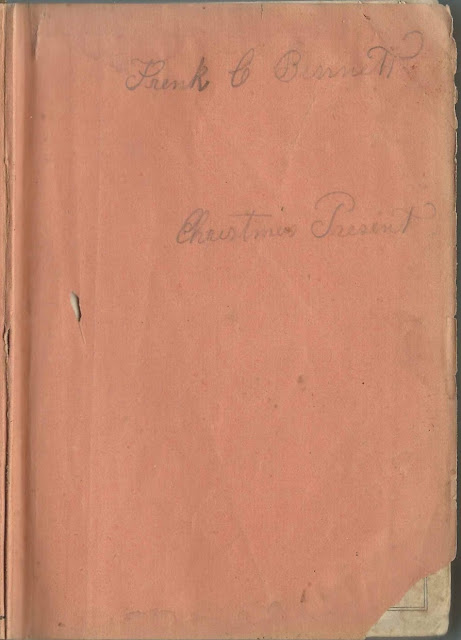 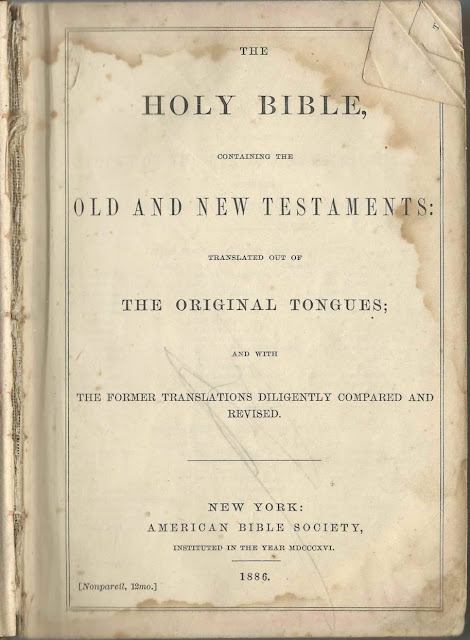 Frank C. Bennett was the son of Enoch B. and Esther A. (Stevens) Bennett.

Frank, then of East Wilton, Maine, and Olie S. Reynolds of Sidney, Maine, were married on July 9, 1892, though the last digit appears struck over, and I haven't found a marriage record yet to verify a date.   Olie was the daughter of Thomas Everett Reynolds and Mary Malinda (Sawtelle) Reynolds. 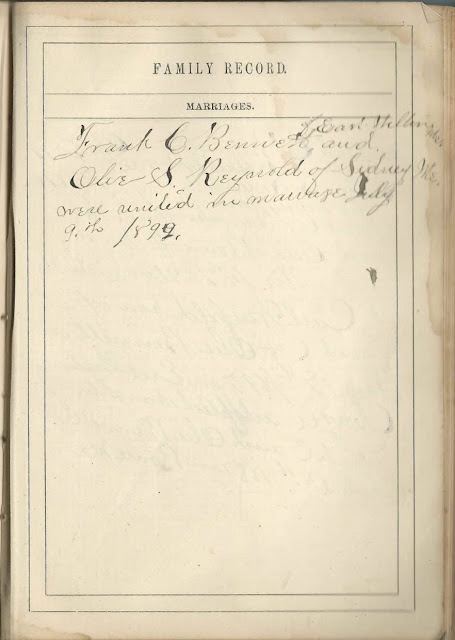 Frank and Olie and their family lived in several places in Maine as Frank accepted employment with various woolen mills, as noted in an October 31, 1907 issue of American Wool and Cotton Reporter.  Some of these Maine towns include:
The Births page lists the birth dates and places of Frank, Olie, two of their children and their adopted daughter.  I believe they had one more child, Lillian Calden Bennett, born in 1906 at Readfield, Maine. 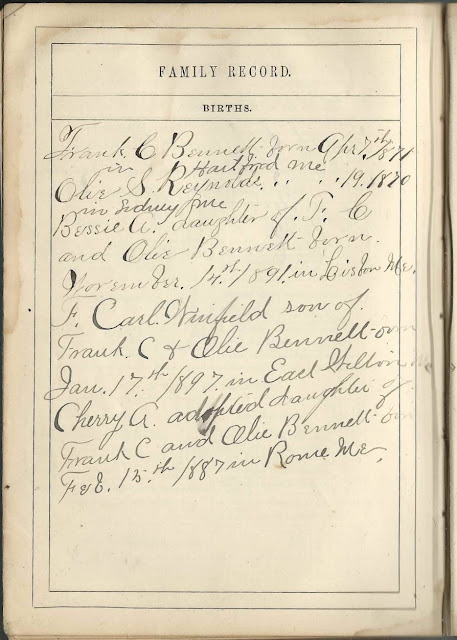 The Deaths page has only one entry, that of daughter Bessie A. Bennett, who died on July 11, 1894 at Phillips, Maine.

The paper scrap below was found tucked in the Bible.  The C. W. Bennett of Phillips, Maine, was presumably Frank and Olie's son Carl Winfield Bennett. 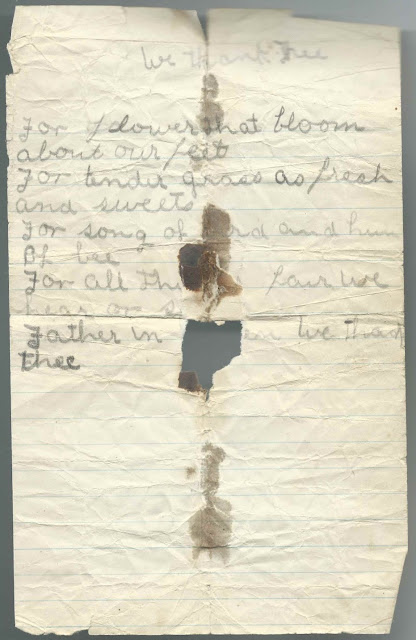 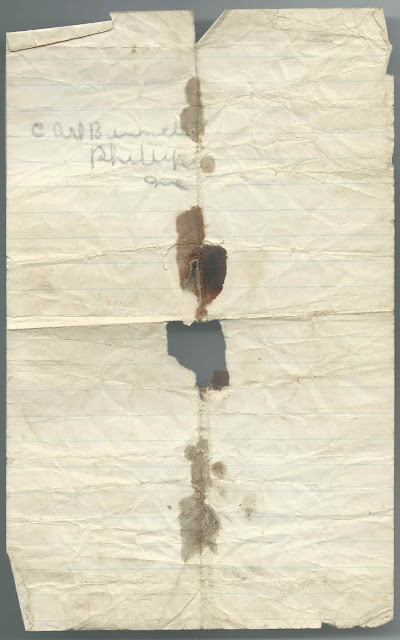 If you have further information on the family of Frank C. and Olie S. (Reynolds) Bennett, please leave a comment or contact me directly.