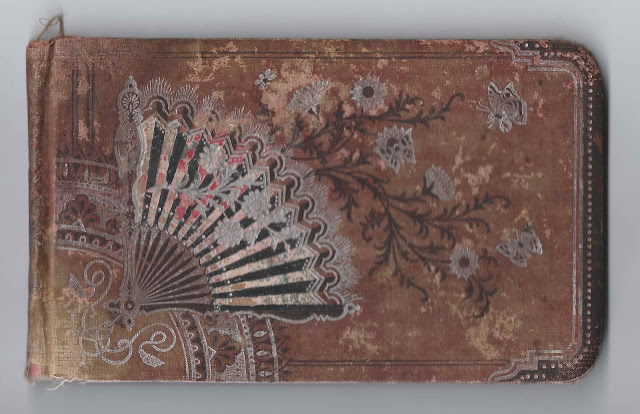 1880s autograph album that belonged to a Carrie, possibly Carrie Schneider; later autographs from her children identify her as the Carrie who married Antoine Wheeler of Vermont, New York and Rhode Island.

The album is missing some pages at the front, including a title page and any page that might have had Carrie's full name on it.

The album is approximately 7" x 4-1/4" and contains the names of 32 of Carrie's friends and relatives; her children signed multiple pages.  An alphabetical list of the signers appears at the end of this post.

Carrie was born about 1862 in Germany and came to the United States, presumably with her family, a couple years later or so.

She married Antoine Wheeler about 1887.  Antoine, the son of cabinet maker Antoine Wheeler and Elmira (Charron or Nairborne) Wheeler, was born 1863 in Vermont.  His parents moved to Hamilton, New York, because of the educational opportunities there for their children.  Elmira was widowed when she still had young children and managed to raise her children through sheer hard work, according to a reminiscence on an online tree.  Two of her children died young in accidents, one from being kicked by a horse and the other from a gunshot.

Children of Antoine and Carrie (Schneider) Wheeler, I think:

Carrie and Antoine and children were living at Smyrna Village, New York at the time of the enumeration of the 1900 Census.  Antoine was working as a day laborer.

By 1910, the family was living at Richmond, Rhode Island, with the addition of son Henry.  Antoine was working as a wagon driver.  By this time, Herbert had died, and Agnes was not listed in the household.

By 1920, Antoine, Carrie and son Henry were living at Hopkinton, Rhode Island, where they were running a farm.  Antoine was listed as a pedlar in the 1925 Rhode Island Census of Hopkinton.

Antoine died at some point before 1935, when the Rhode Island Census of Hopkinton lists just Carrie.  By 1940, Carrie was living at Philadelphia, Pennsylvania, with her son William, as shown in the 1940 Census.

A few examples of the earlier autographs, collected before Carrie's marriage to Antoine Wheeler: 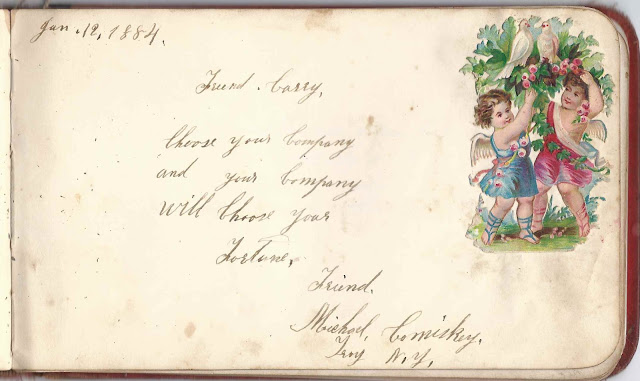 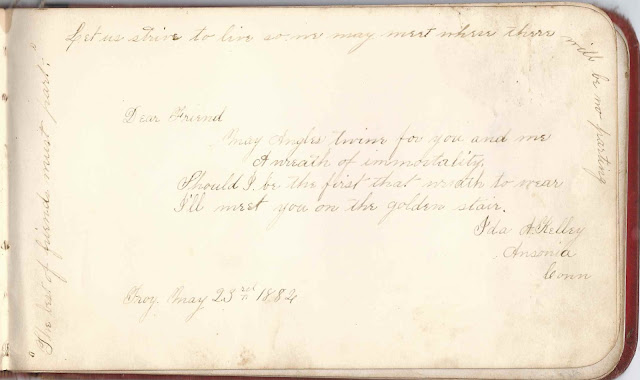 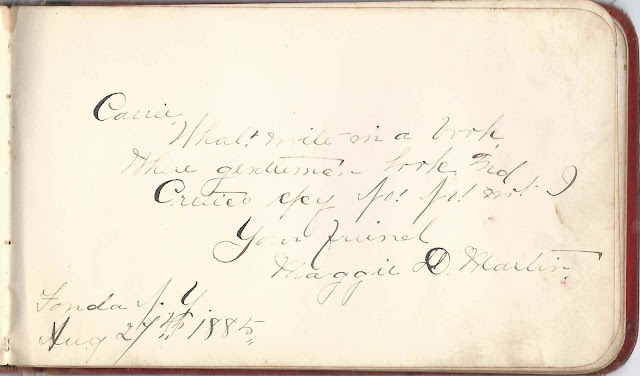 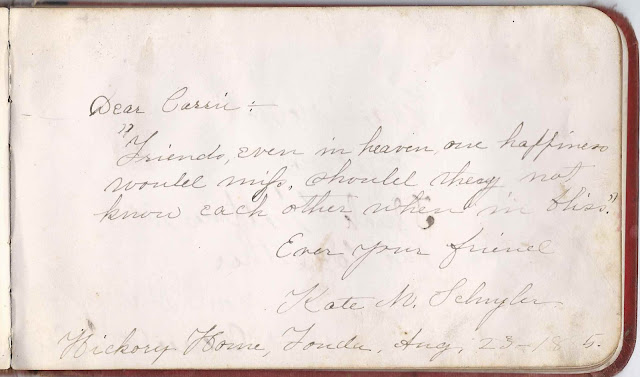 Apparently the album came to light again in after 1900 and was signed by several of Carrie's children, some multiple times.  Daughter Elma signed a page on November 11, 1906. 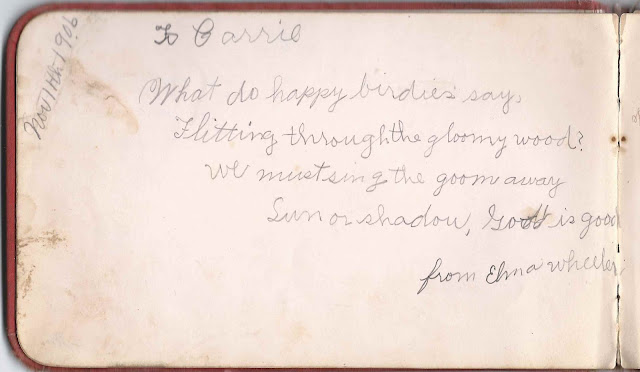 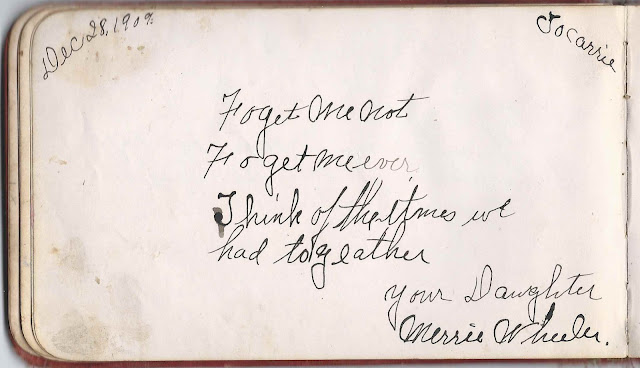 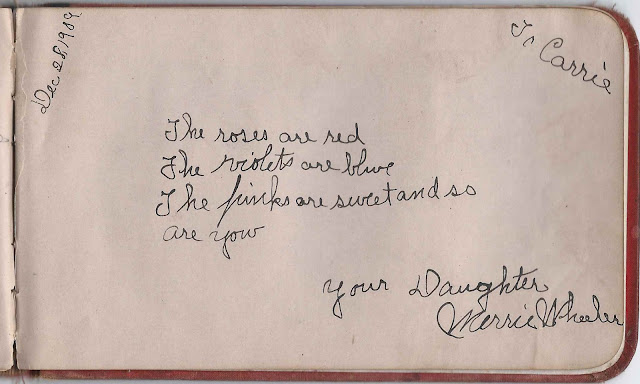 There are other pages obviously signed by children but unsigned.

List of signers:  [Note: given names within a specific surname may not be in alphabetical order.]
Thanks for stopping by!

Posted by Pam Beveridge at 2:59 PM