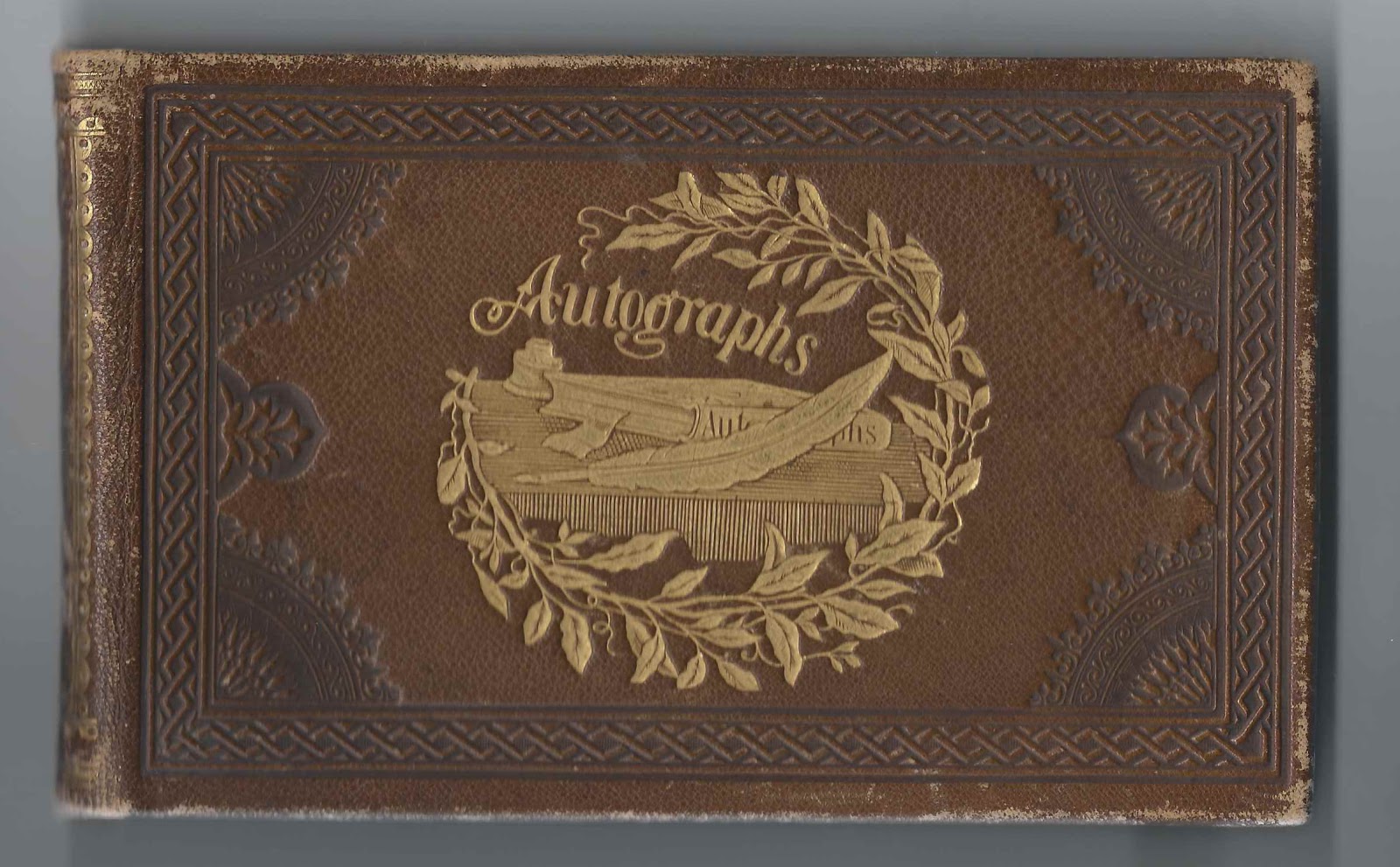 1869-1872 autograph album of Octavia Masters Jordan, "Tave", of Thomaston, Maine; some of the autographs were collected while Octavia was sailing with her mother and stepfather Sea Captain James Watts. 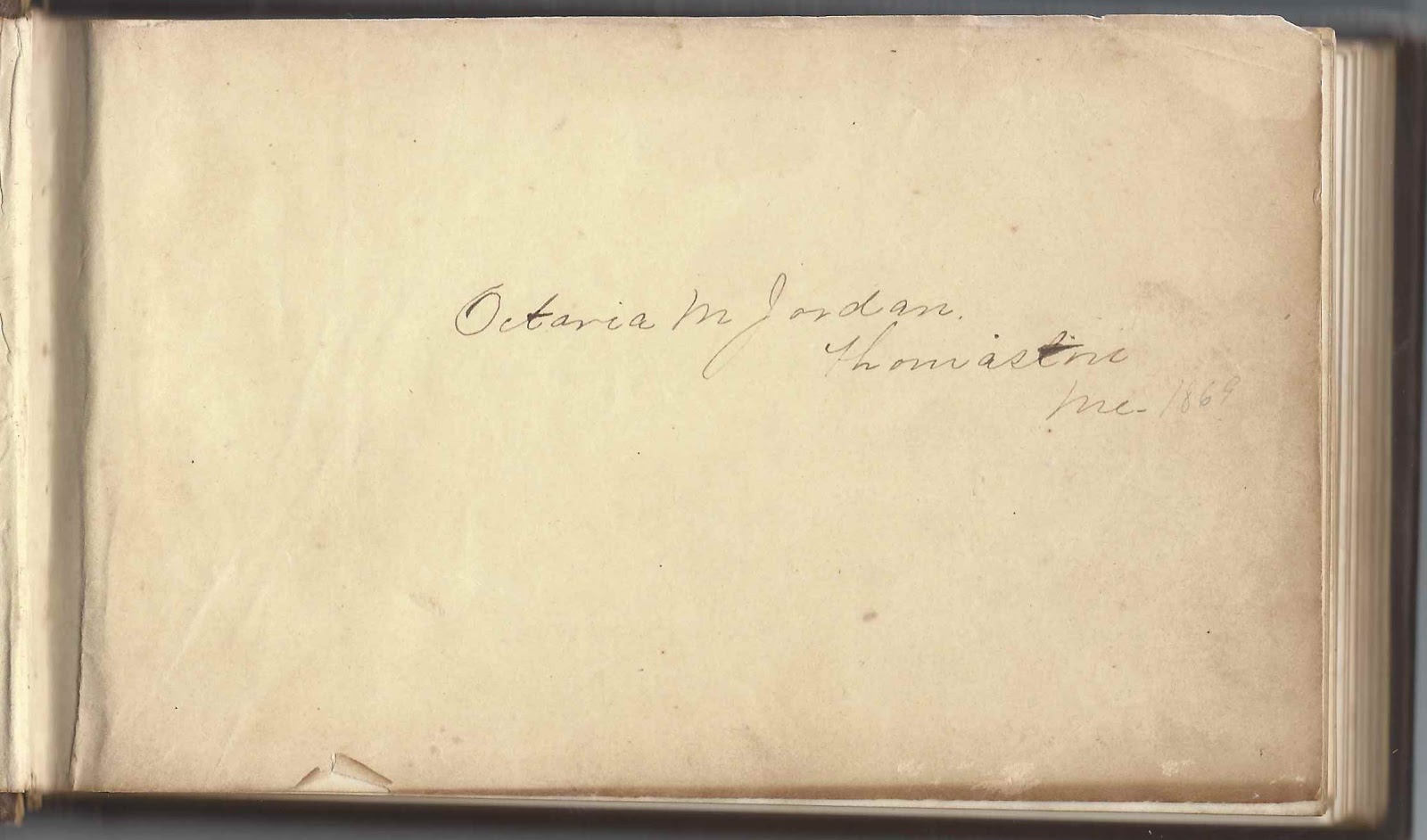 Octavia signed another page in the album, toward the middle, in which she described a brush with death after the bark Martha A. McNeil was struck by a steamer off Le Havre, in June 1872.

"Havre, June 17, 1872
"On board Bark Martha a McNeil leaving the dock at half past five P.M. bound to Philadelphia - came in collision with a large steamer, which struck us on our Port bow and raked us fore and aft, making a complete muck of our good bark. The scene cannot be described, but our lives are all spared.
Tave M. Jordan." 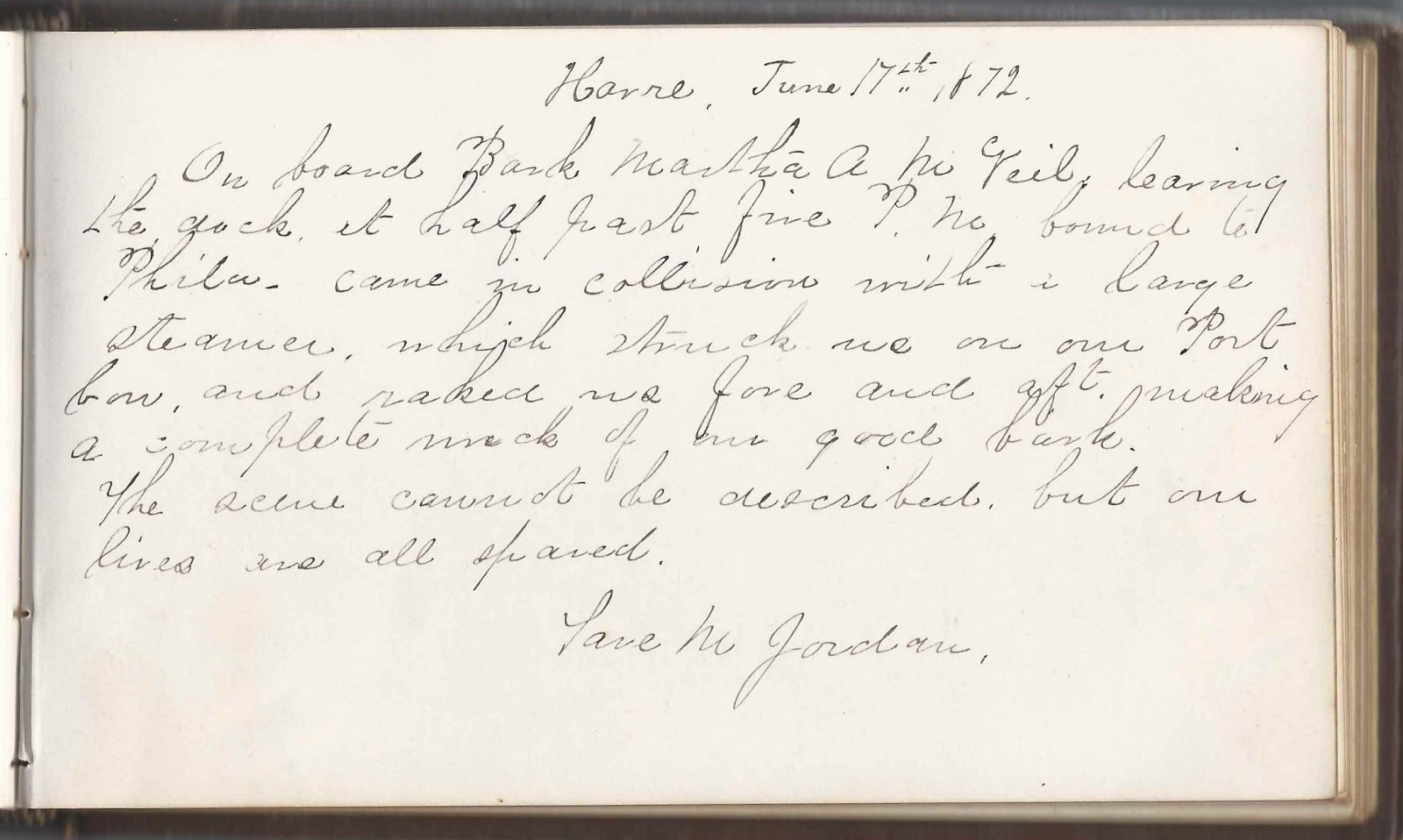 The album is approximately 7" x 4-1/4" and contains the sentiments of 40 of Octavia's relatives, friends and mariners she encountered in foreign ports.  An alphabetical list of the signers appears at the end of this post.

Some of the mariners, and there may be others - refer to the list at the end of this post:

Octavia had an older brother, George E. Jordan, who died before he was two years old.

Octavia's father, Captain George W. Jordan, sailed to England in late 1855 or January 1956 and sold his vessel there, with the intention of returning home on the Steamer Pacific.  The Pacific left Liverpool on 23 January 1856 and never arrived at her destination, New York.  The mystery of the Pacific's disappearance would not be solved for 135 years, when divers found a section of her bow, not 60 miles from Liverpool.

Widow Elizabeth (Masters) Jordan married Sea Captain James Watts at Thomaston, Maine, on 8 November 1856.  He was the son of George and Mary (Giles) Watts of Thomaston, Maine and was the recent widower of Catherine (Woodcock) Watts, who had died 20 January 1856, leaving two daughters.  There had been two sons, one of whom died in infancy and the other at about the age of nine.

Octavia Masters Jordan and Clarence Ashley Leighton, who went by the name Ashley, filed an intention to marry at Portland, Maine, on December 26, 1876.  Clarence was born 4 February 1849 at Waterville, Maine, son of David and Laura (Evans) Leighton.  Octavia and Ashley had a son Edward Kavanaugh Leighton, born 18 September 1878. 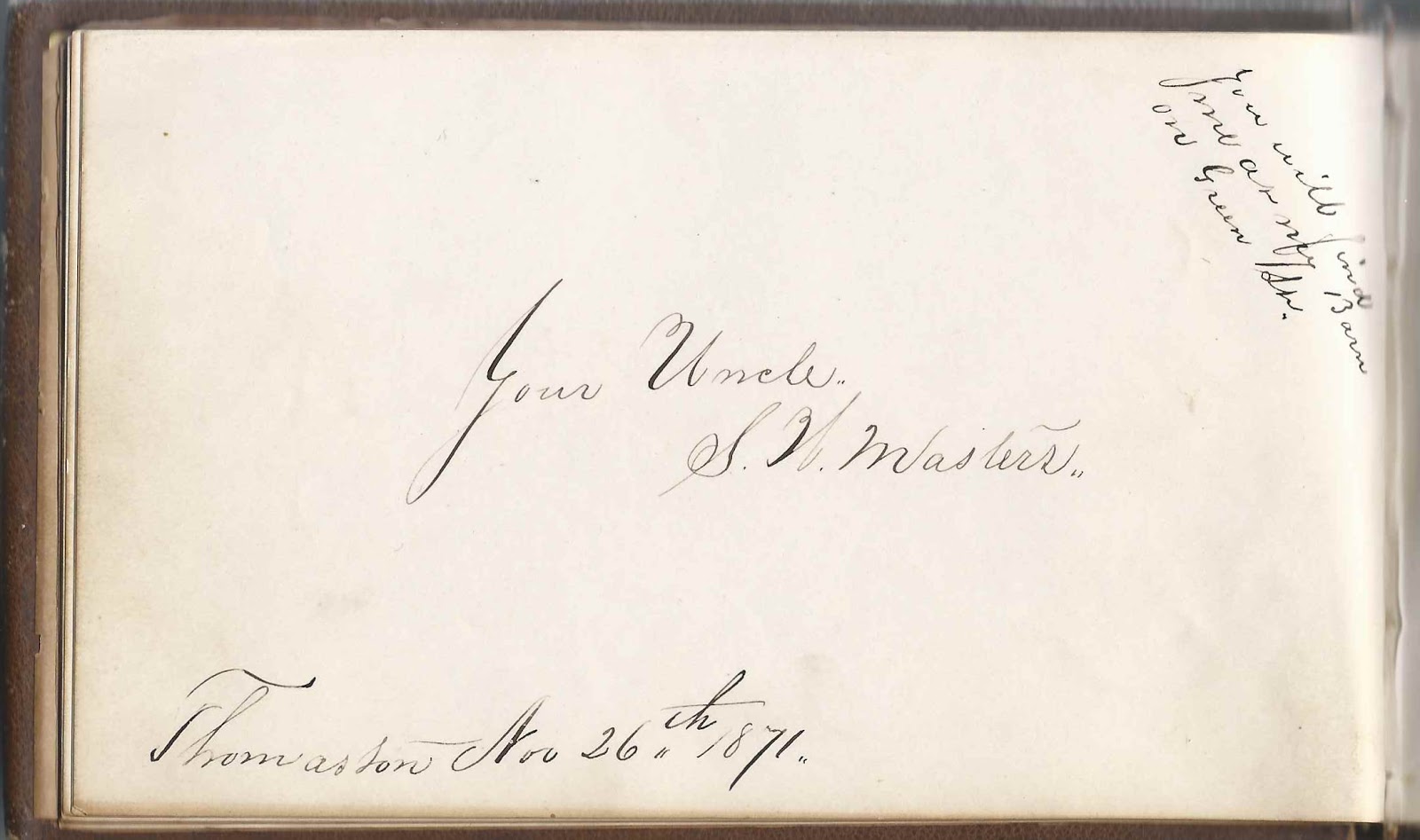 Octavia's cousin, Caddie E. Owen of Bath, Maine, signed two pages, one on November 25, 1869, and the other that she didn't date. 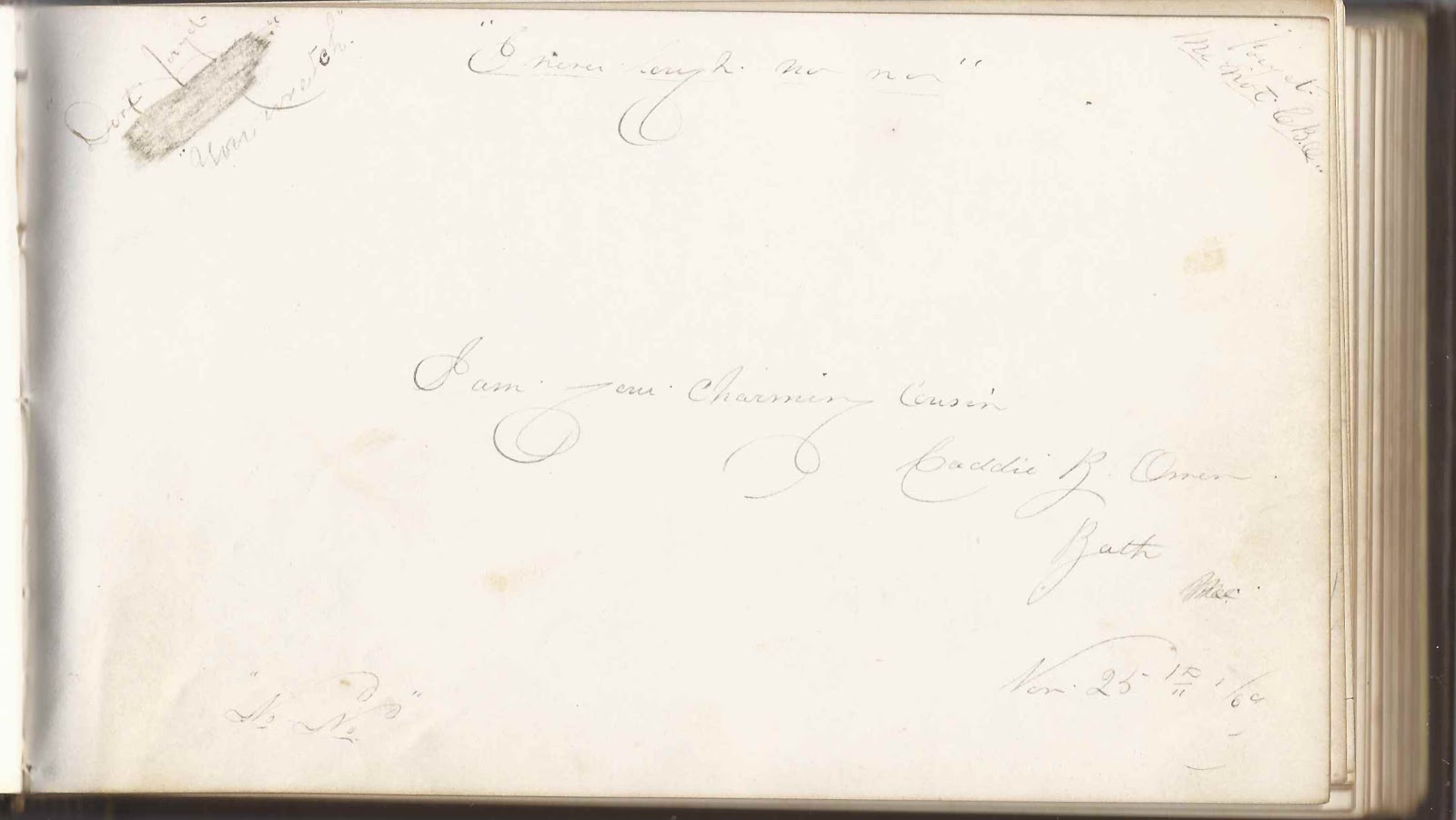 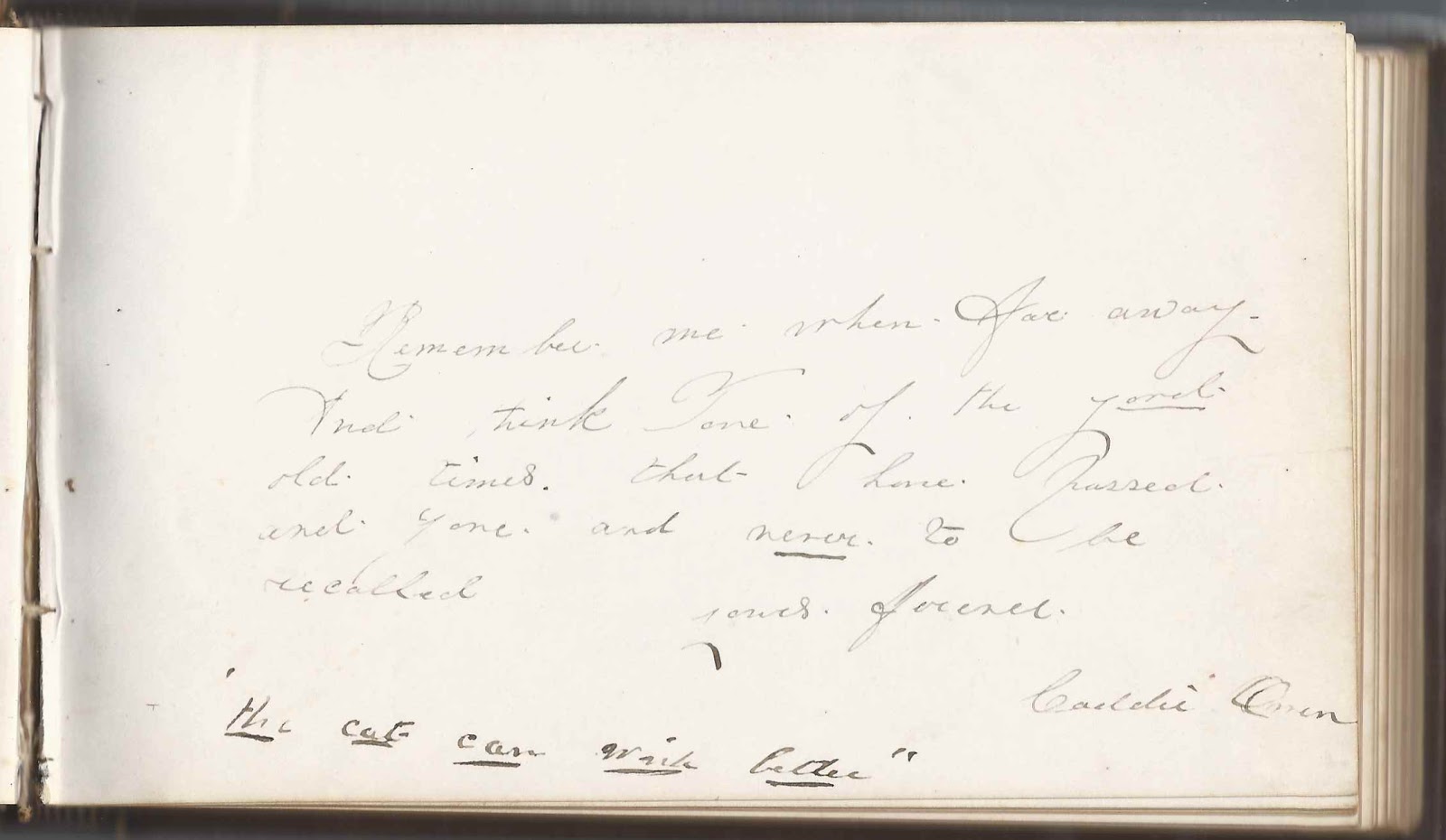 Octavia's cousin Mose signed three pages, including one at Thomaston, Maine, on November 25, 1871. 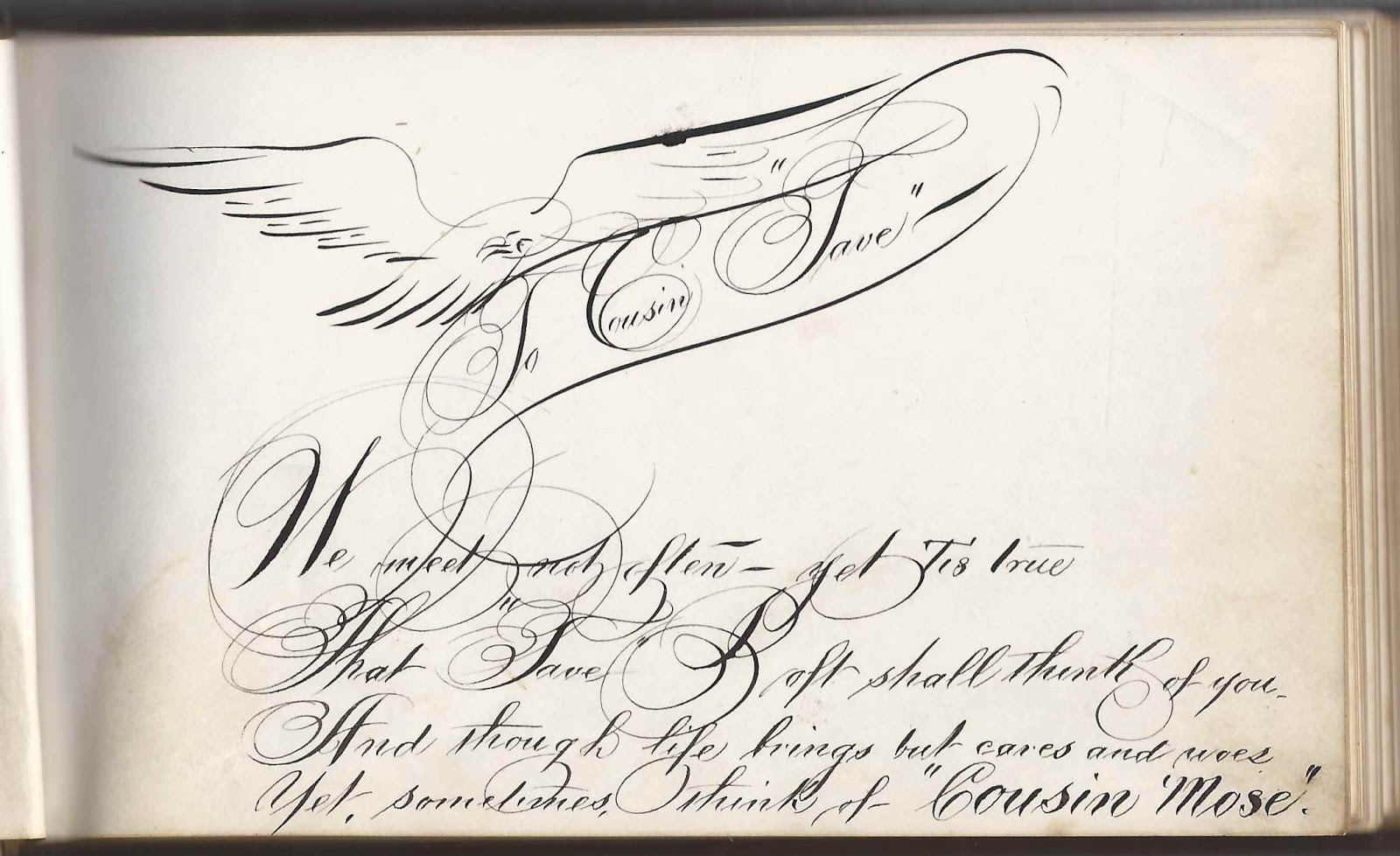 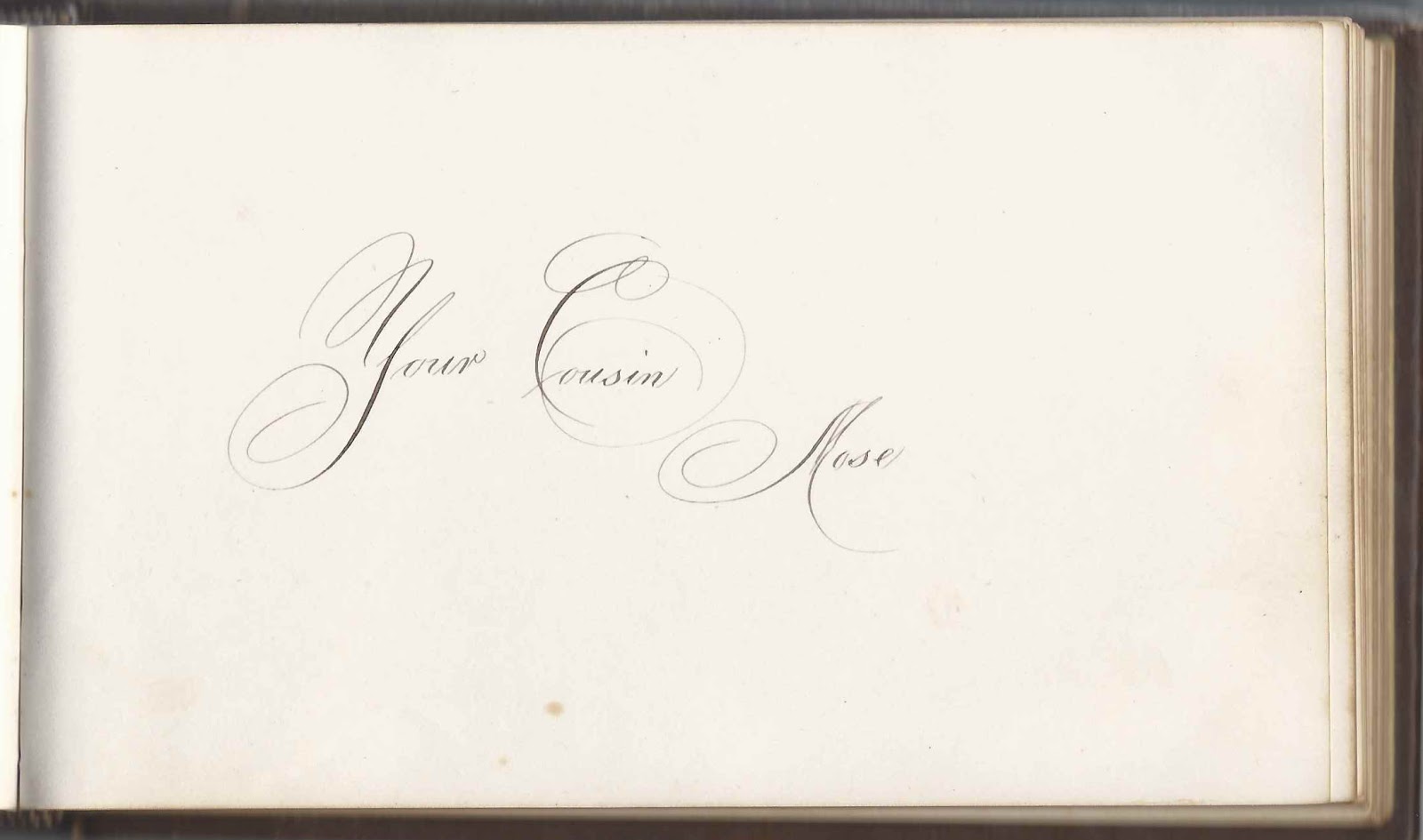 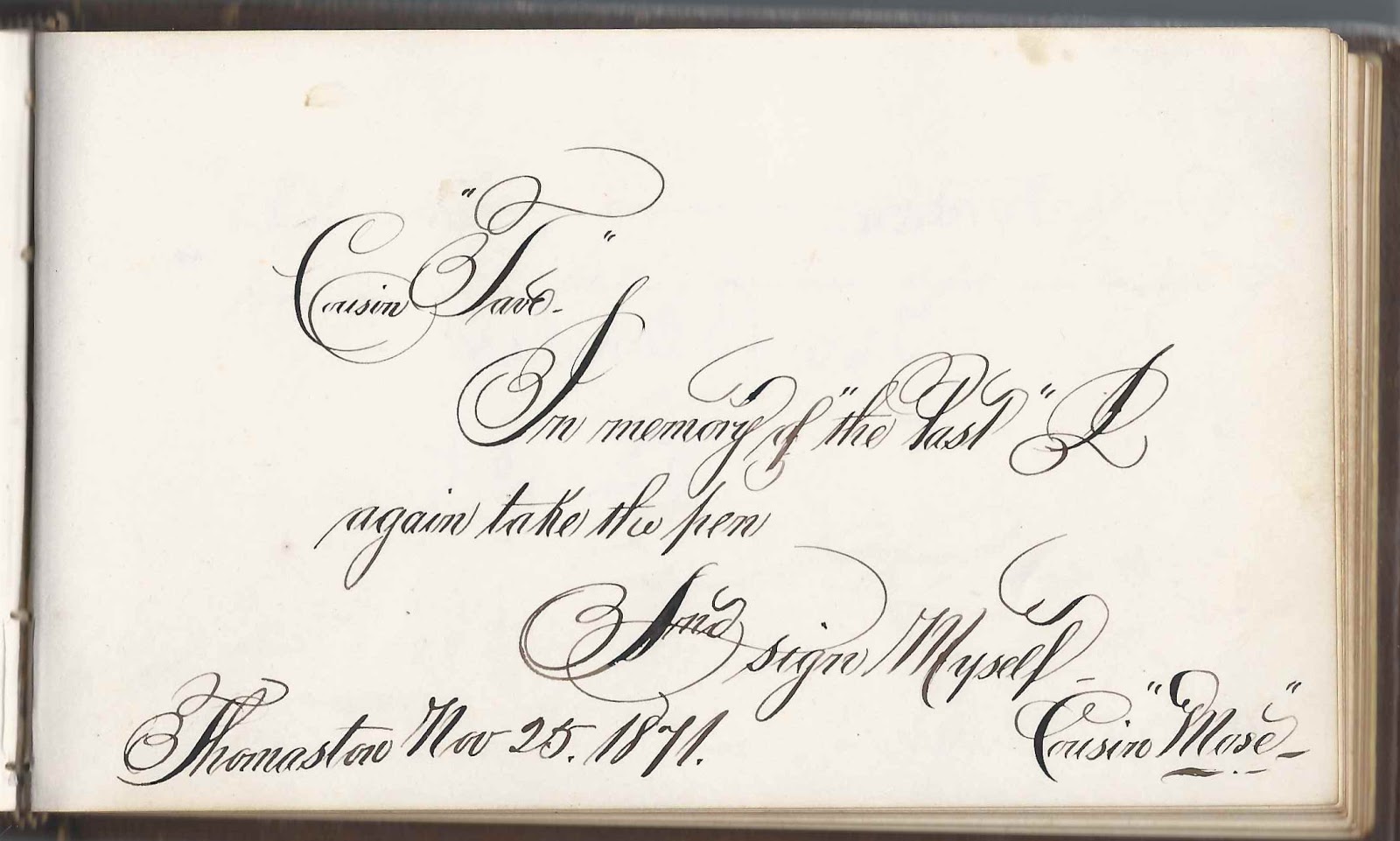 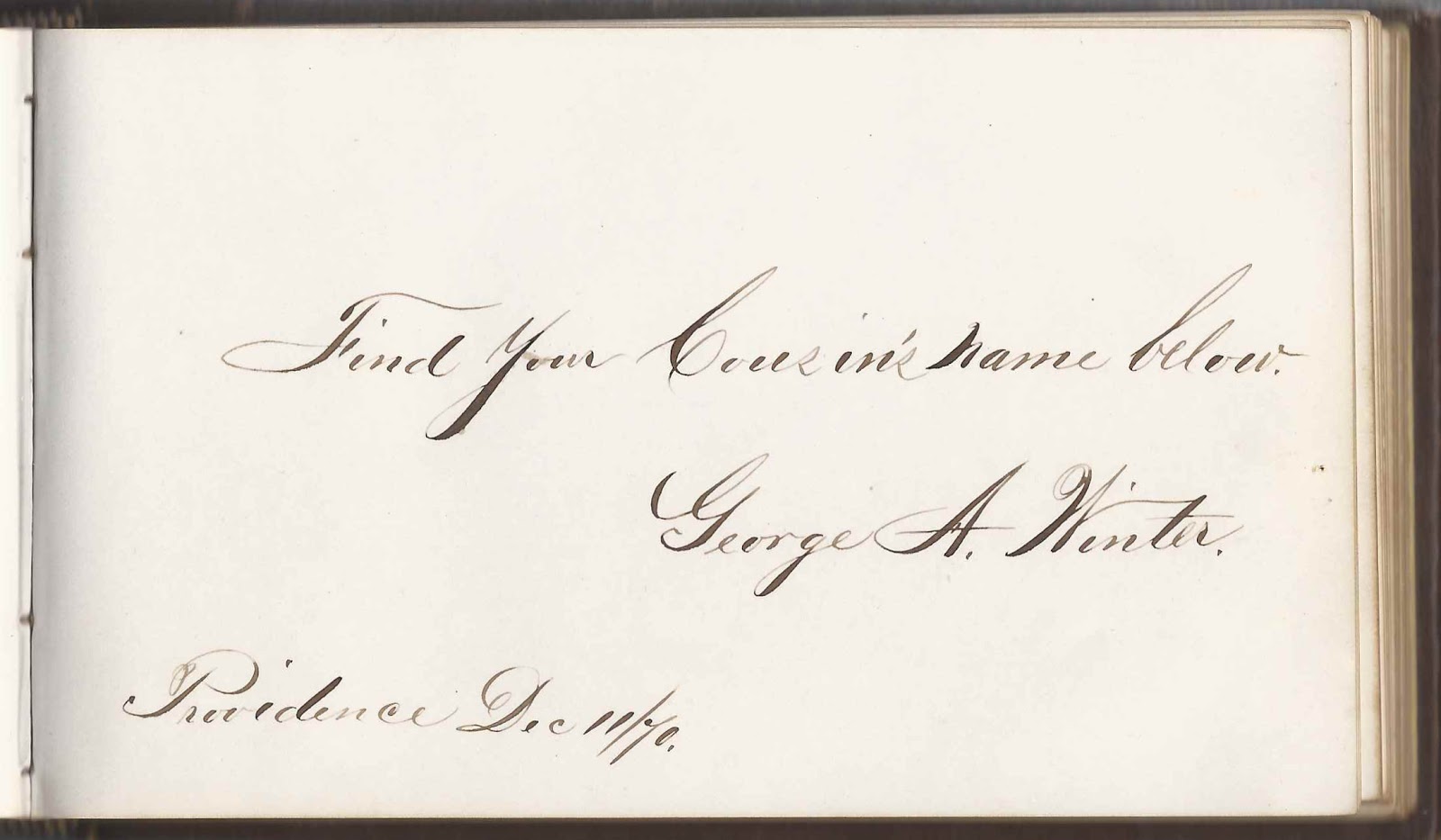 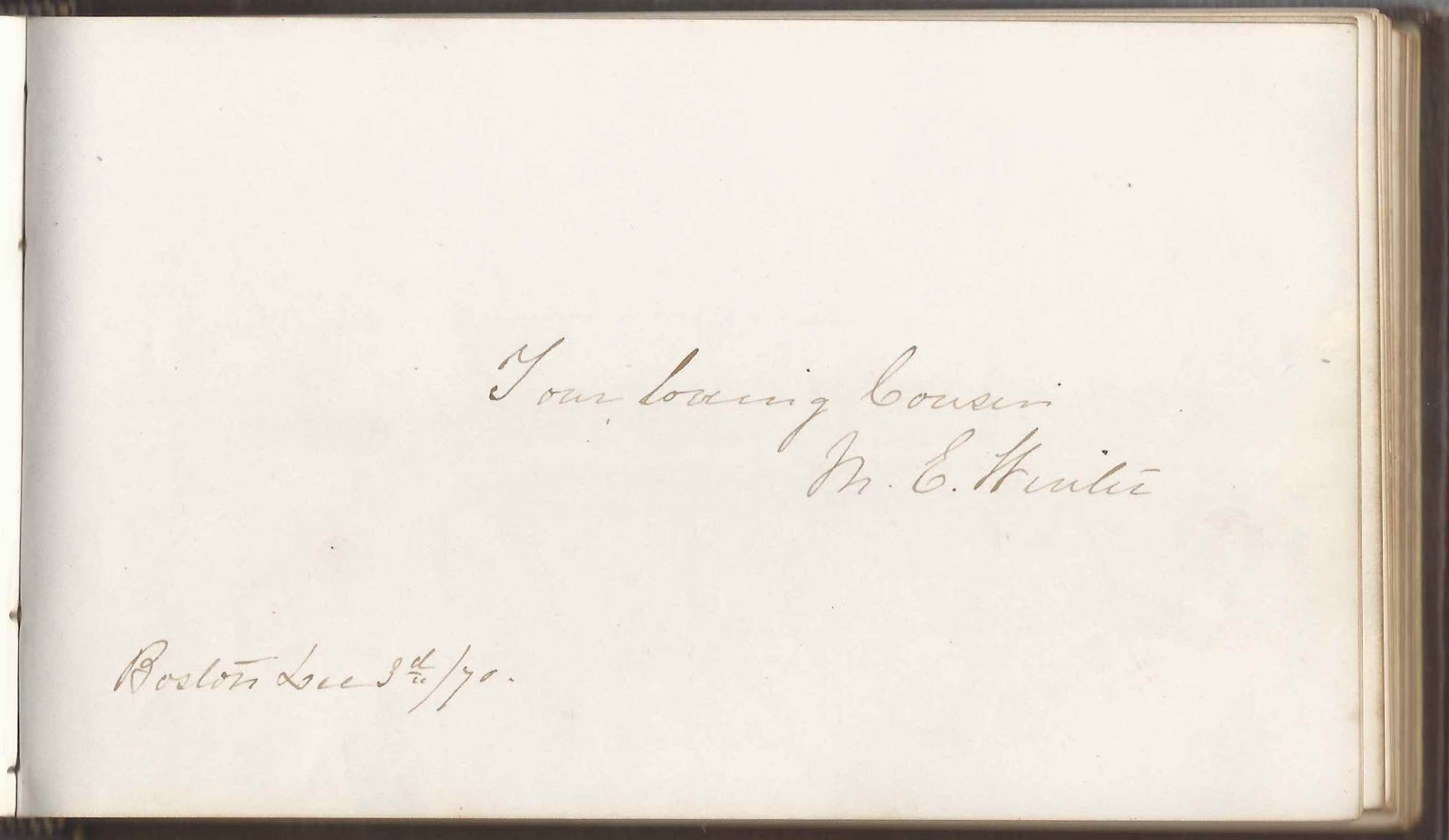 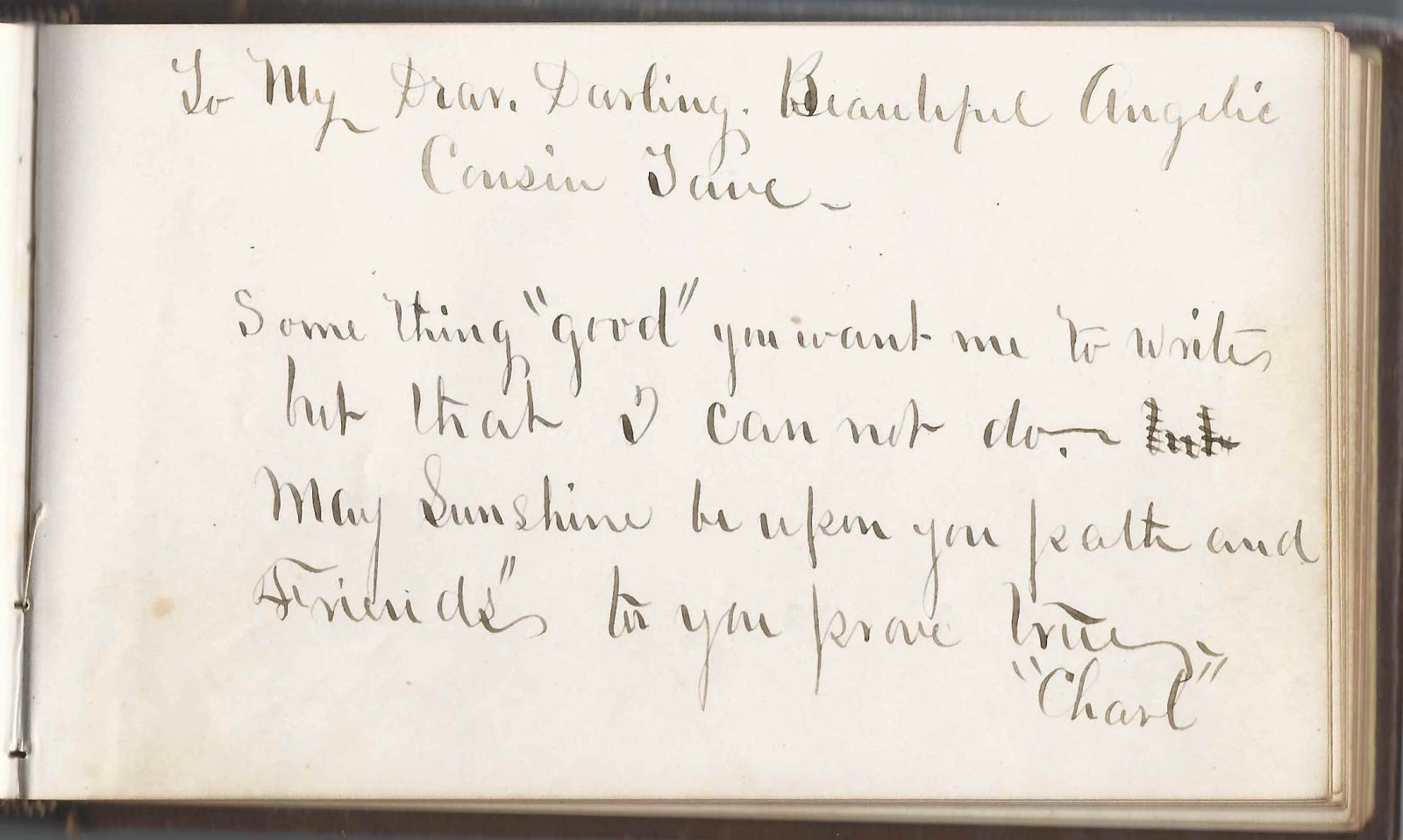 One interesting page was unsigned but contained a sketch with the caption: "Pleasant by thy dreams". 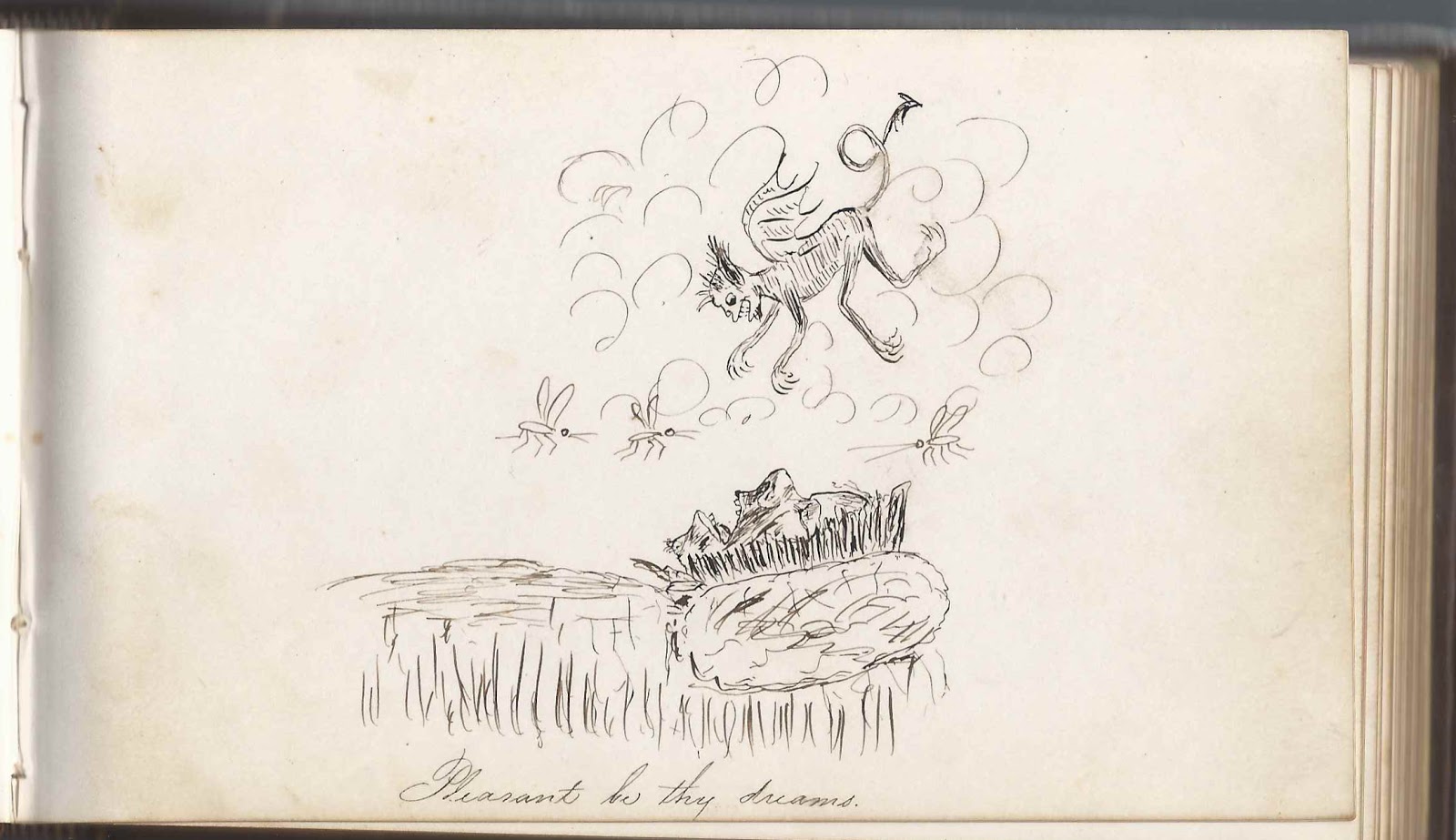