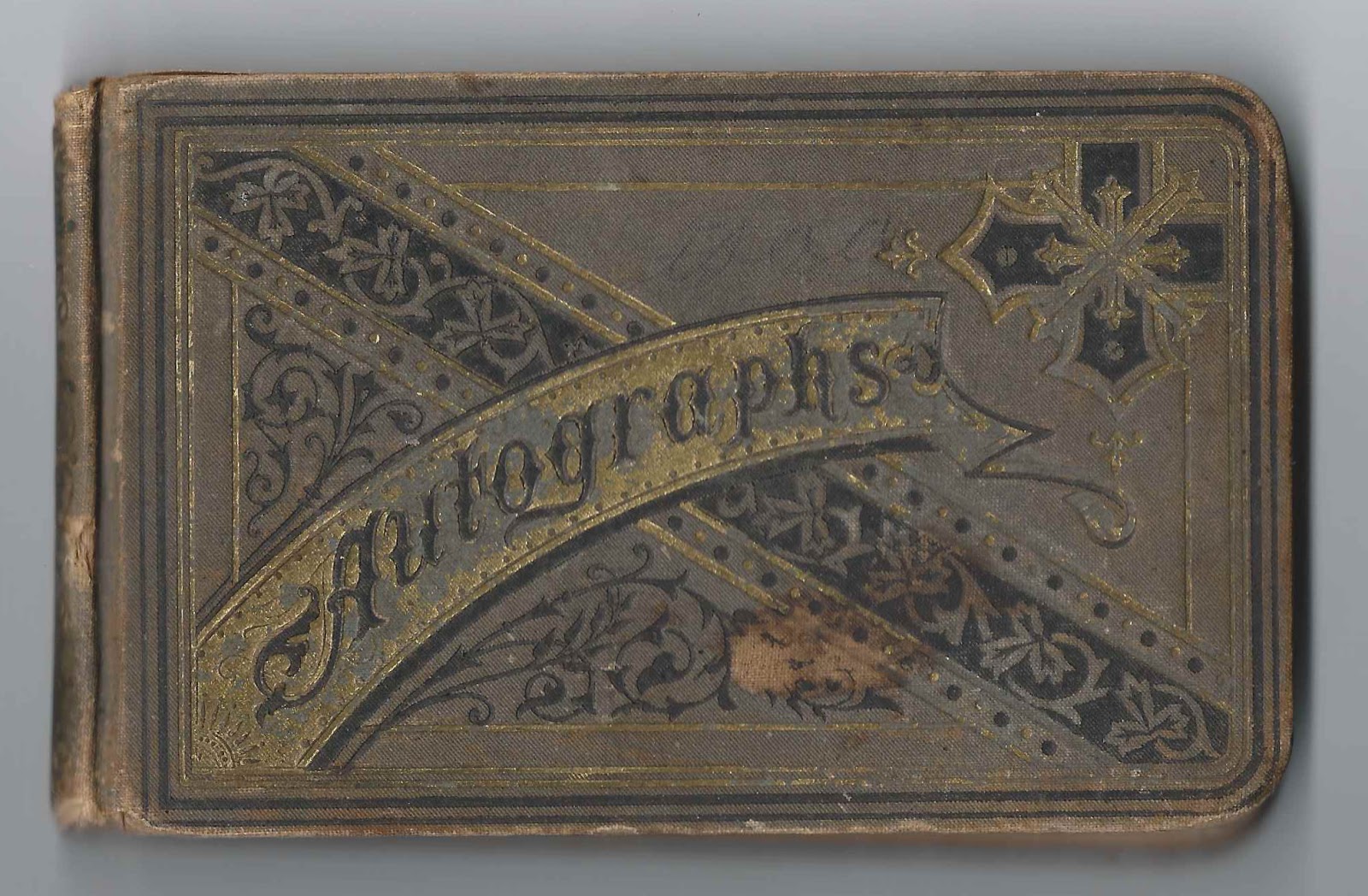 Note: text in bold in the text and in the list of signers reflects the additional information provided by a reader. 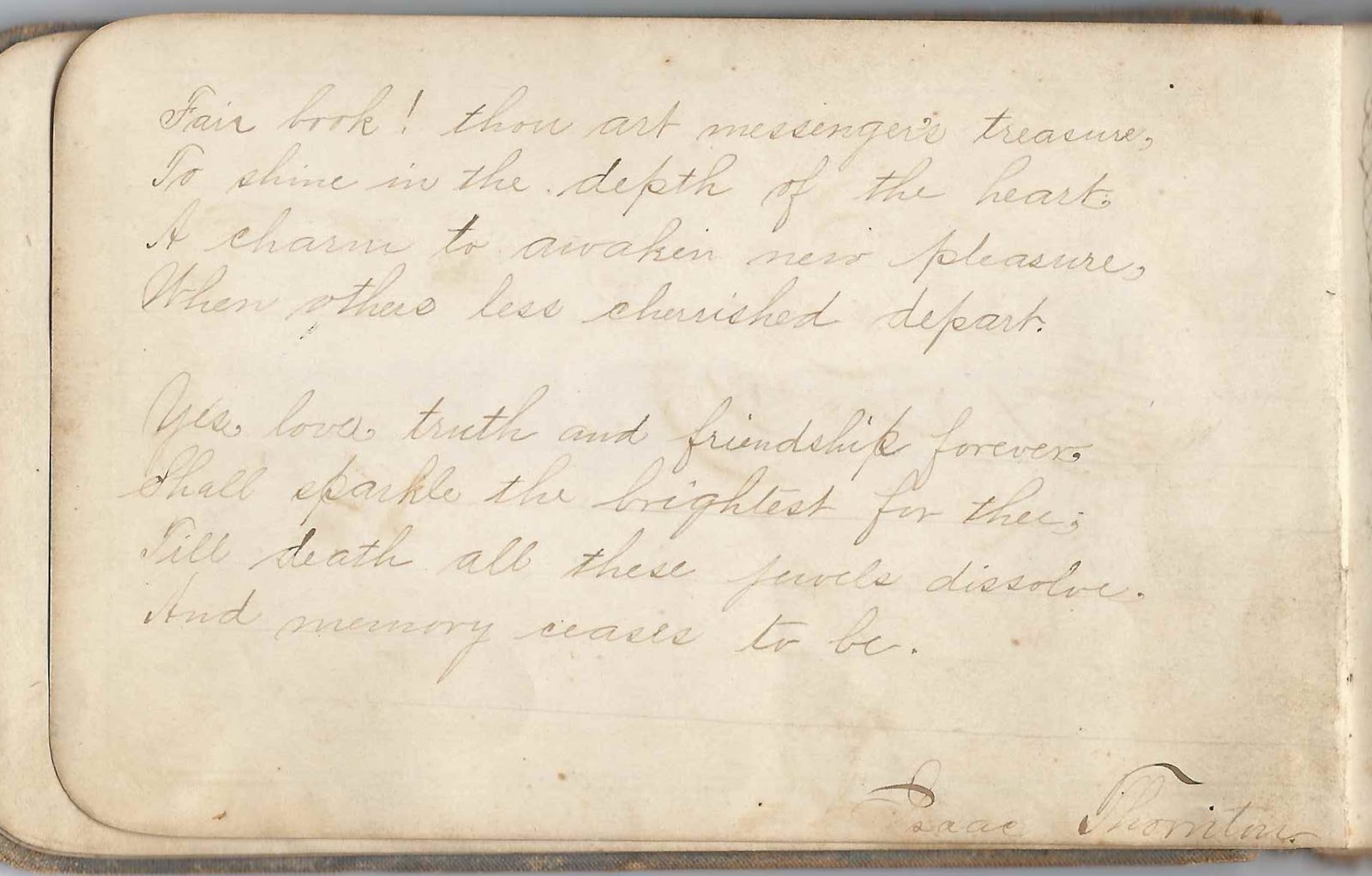 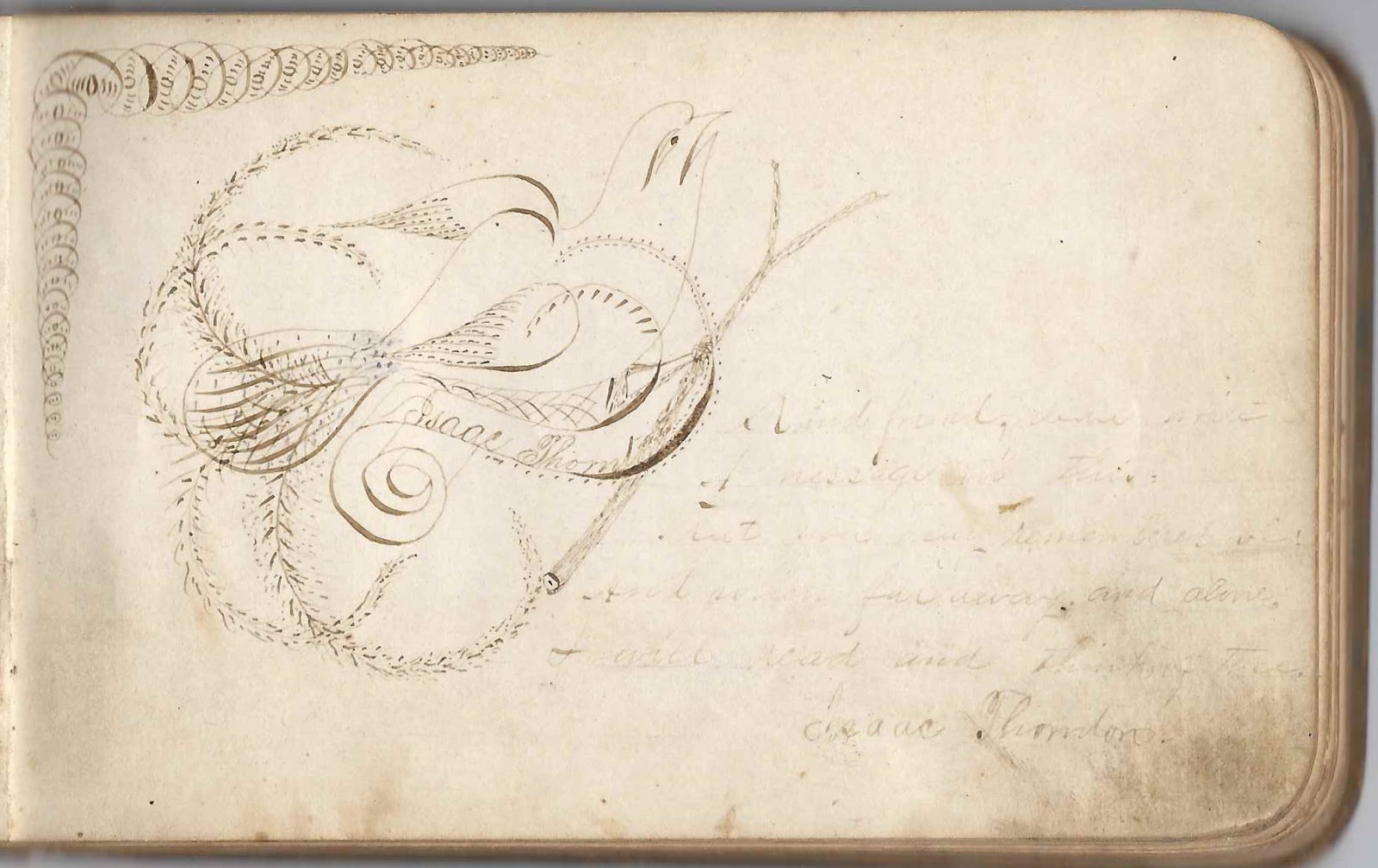 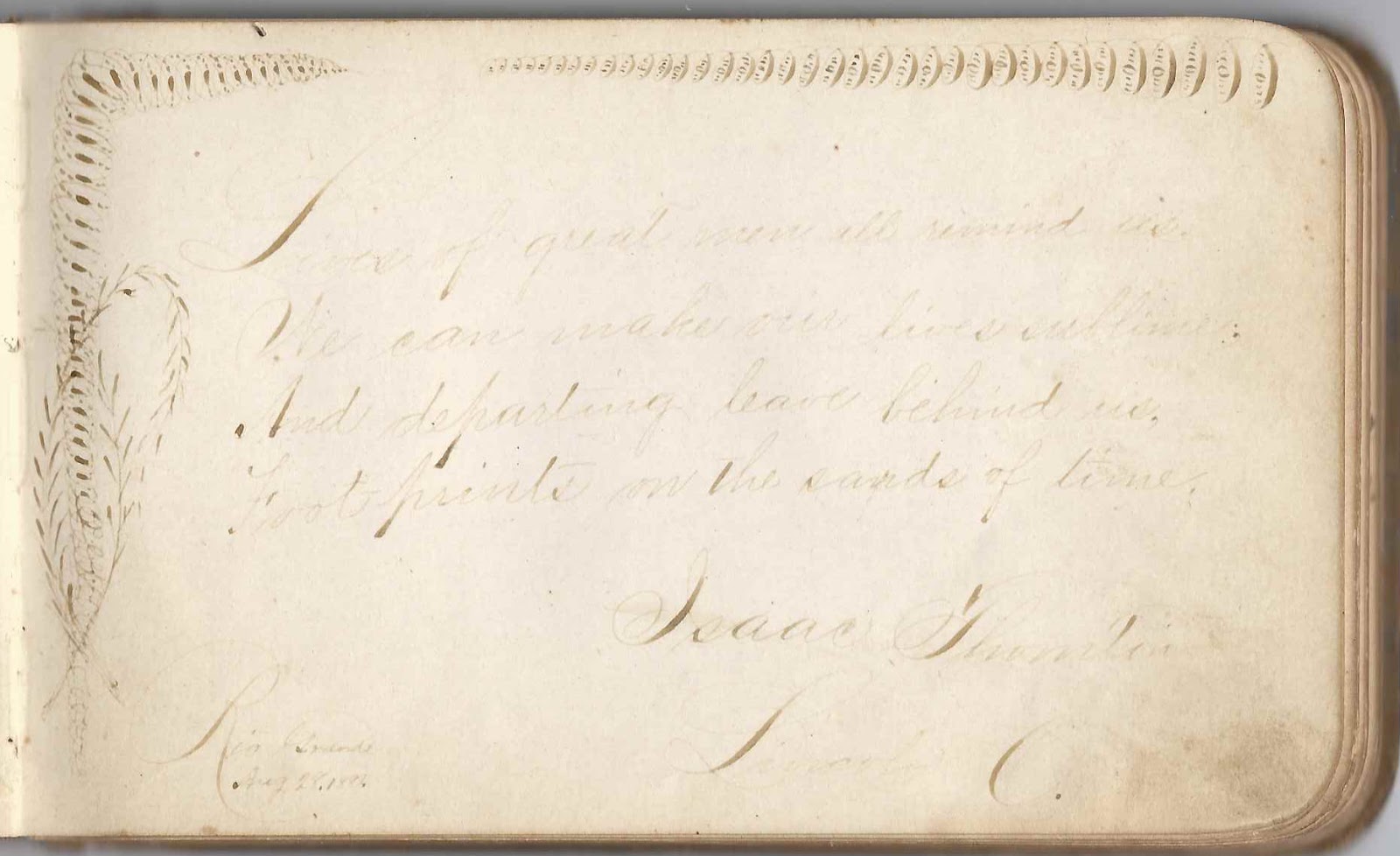 The album is approximately 6" x 3-3/4" and contains the sentiments of nearly 40 of Isaac's relatives and friends.  An alphabetical list of the signers appears at the end of this post. 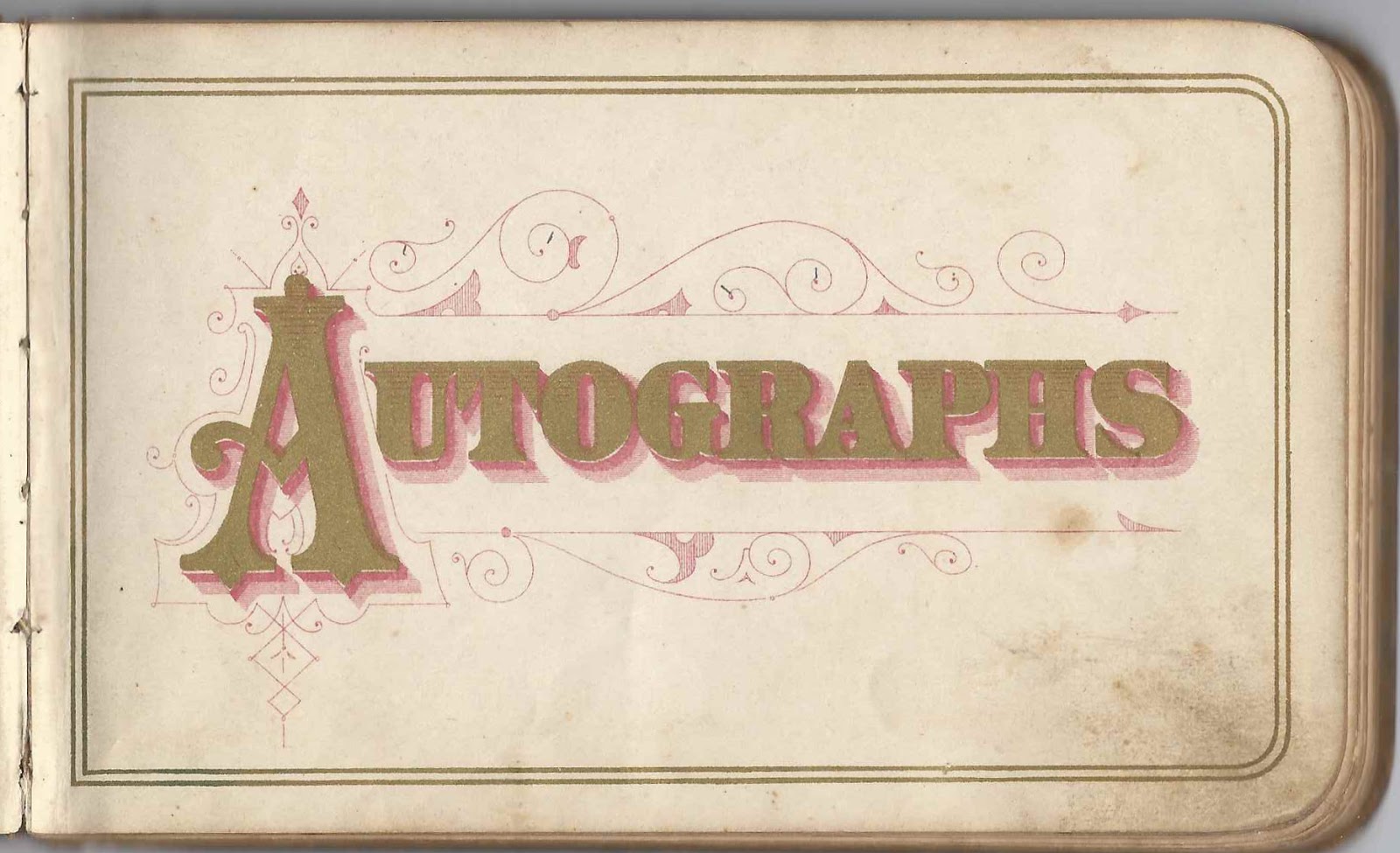 Two of Isaac's siblings signed pages in the album.  His sister Hannah Thornton of Lincoln, Ohio: 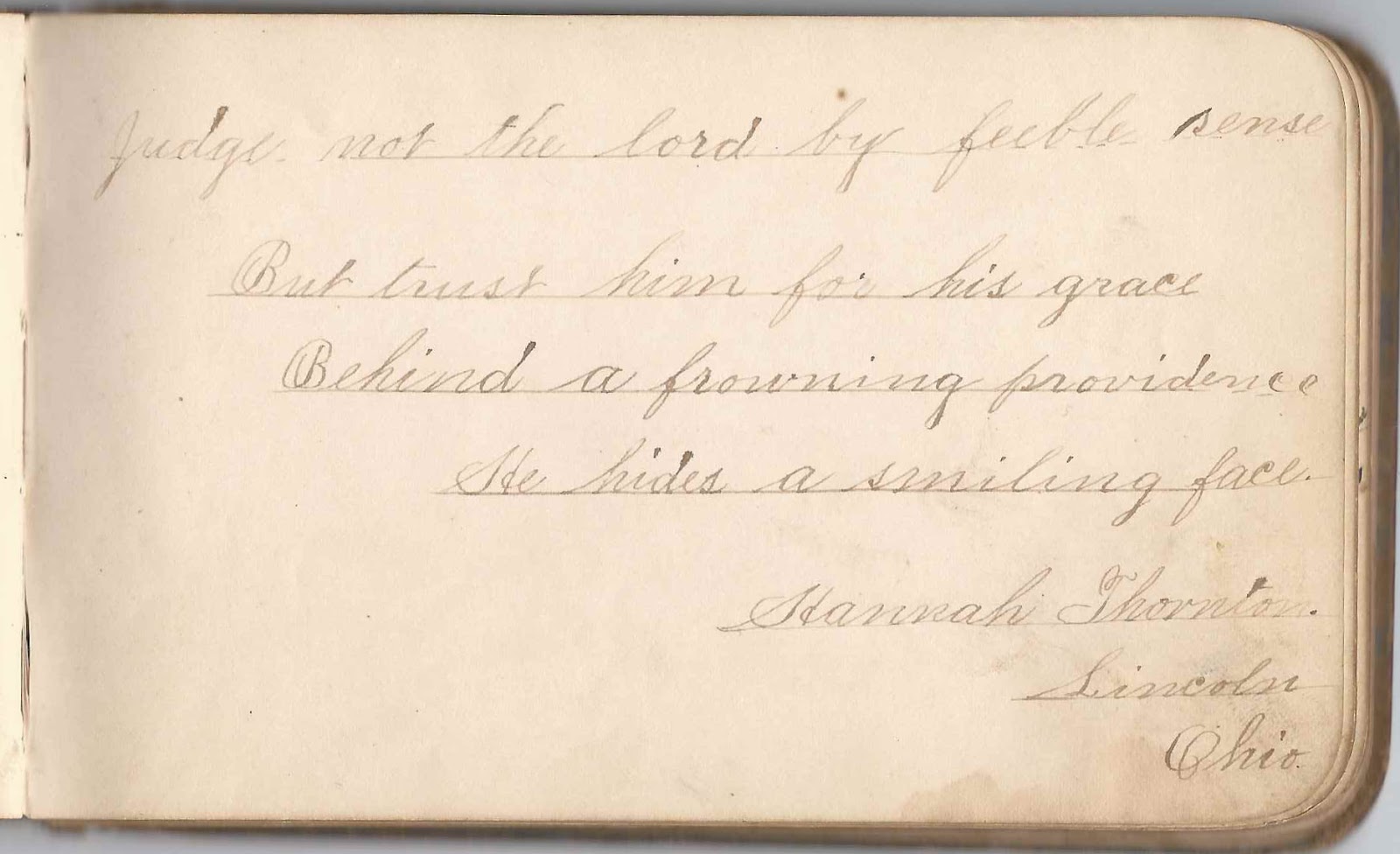 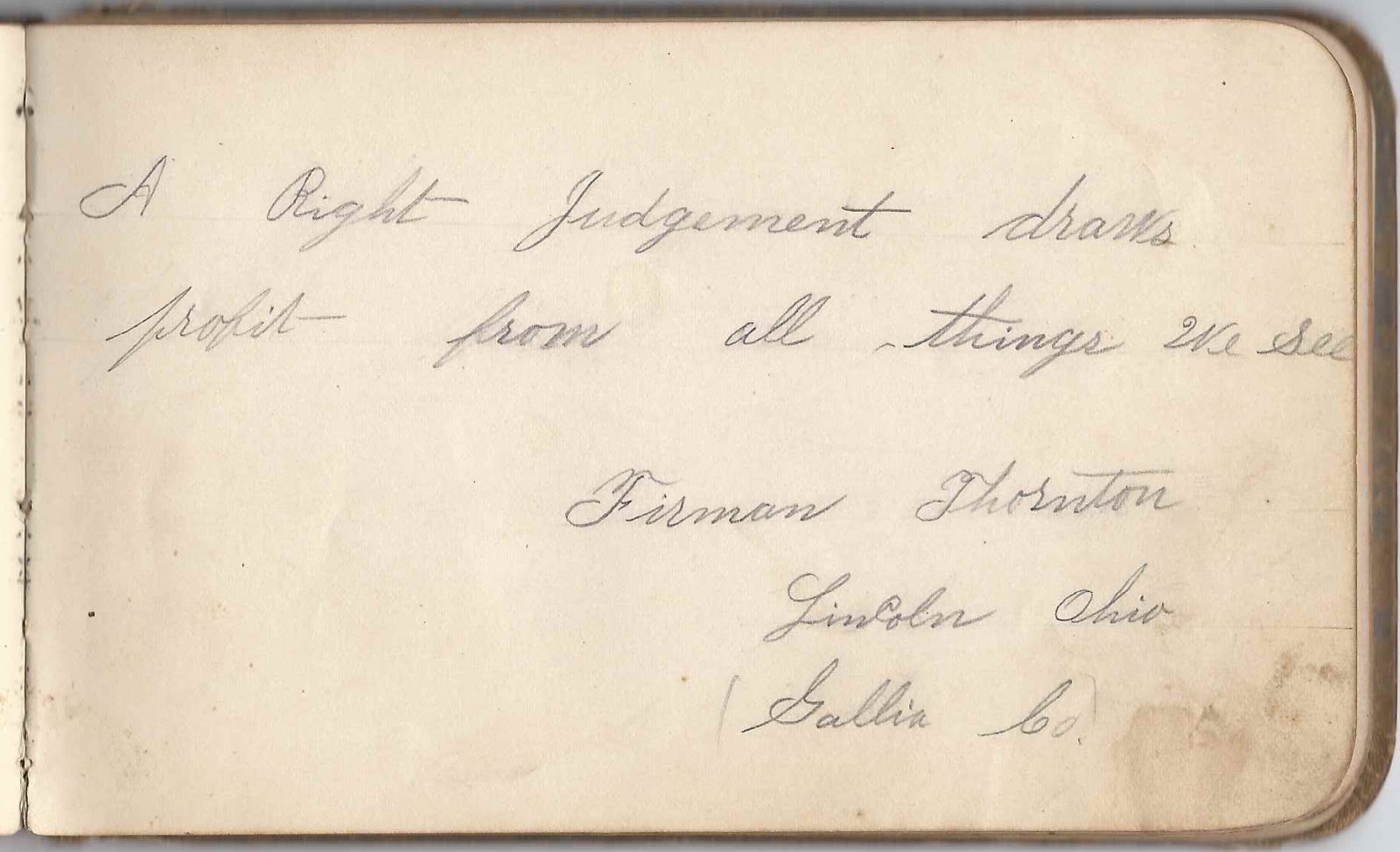 Isaac's cousin Abraham Dewitt signed a page.  He was the son of Isaac Dewitt, who was a brother to Isaac Thornton's mother, Susannah (Dewitt) Thornton. 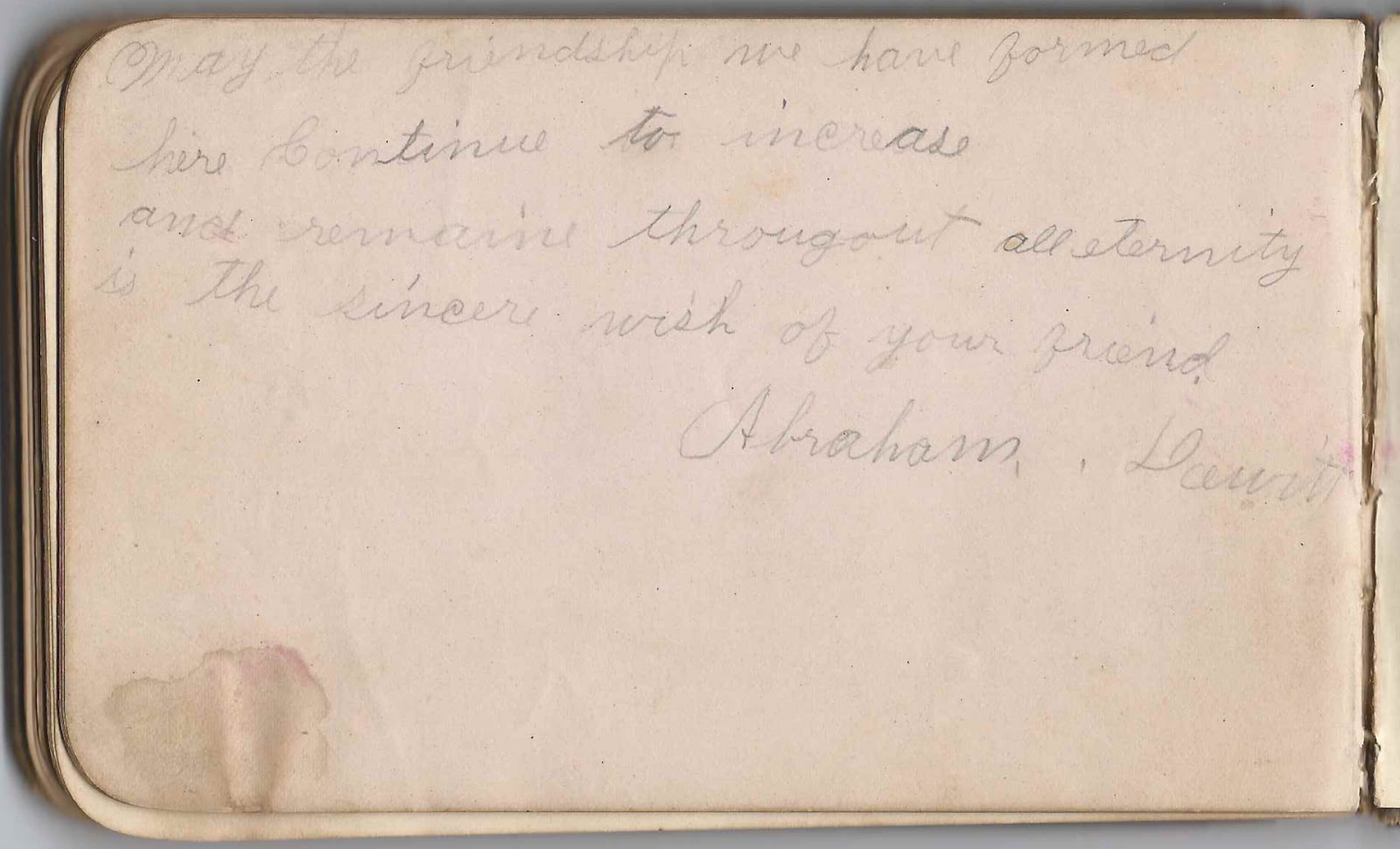 On 4 June 1885, Isaac E. Thornton married Mary Ann Saunders, daughter of John Anderson Saunders and Elizabeth Frances (Martt) Saunders.  Mary Ann signed pages in Isaac's album before and after their marriage.  She signed a page as M. A. Saunders of Saundersville, Ohio. 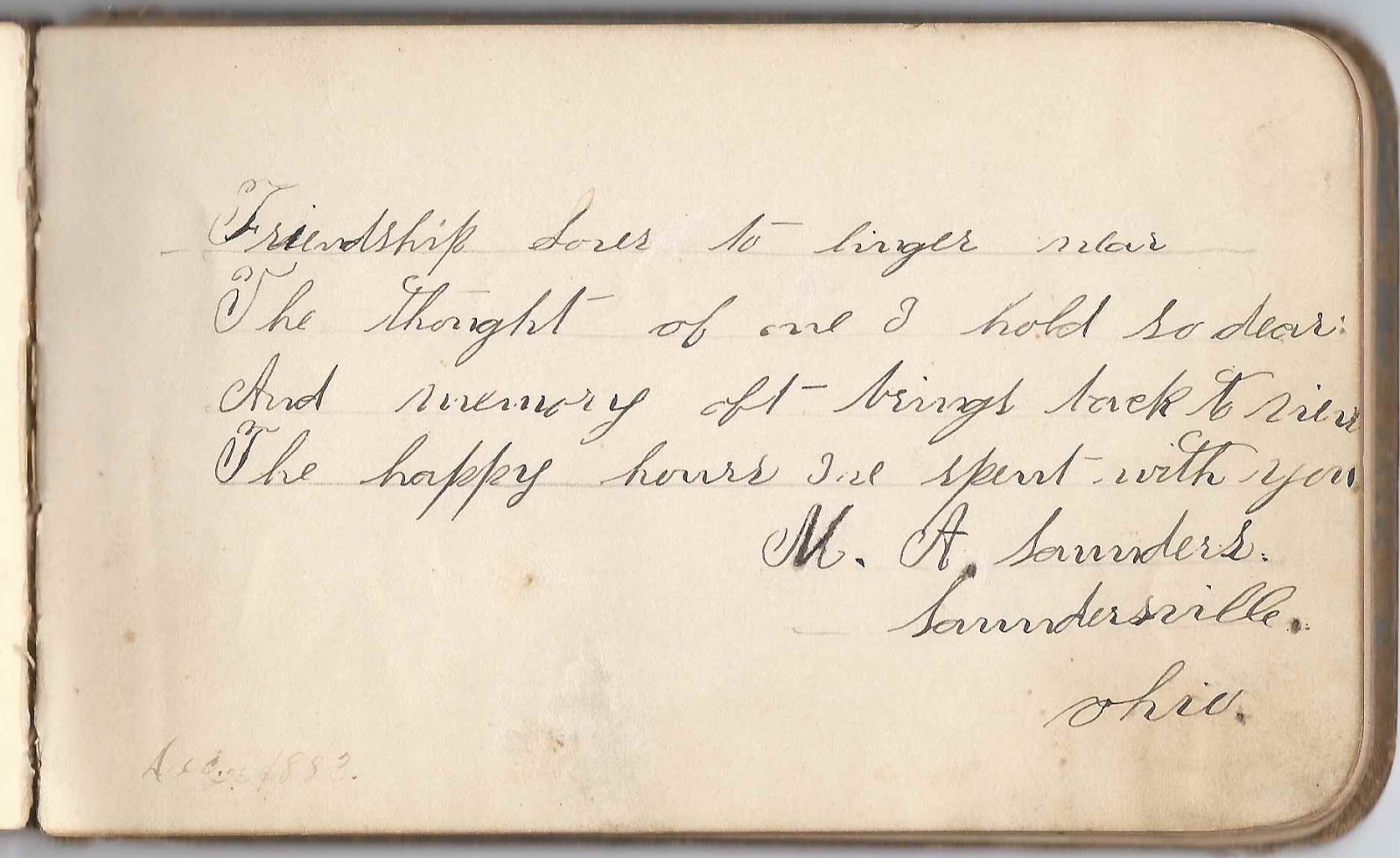 She signed a page as M. A. Thornton of Moody PO, Gallia County, Ohio, on July 9, 1885, just over a month after her marriage. 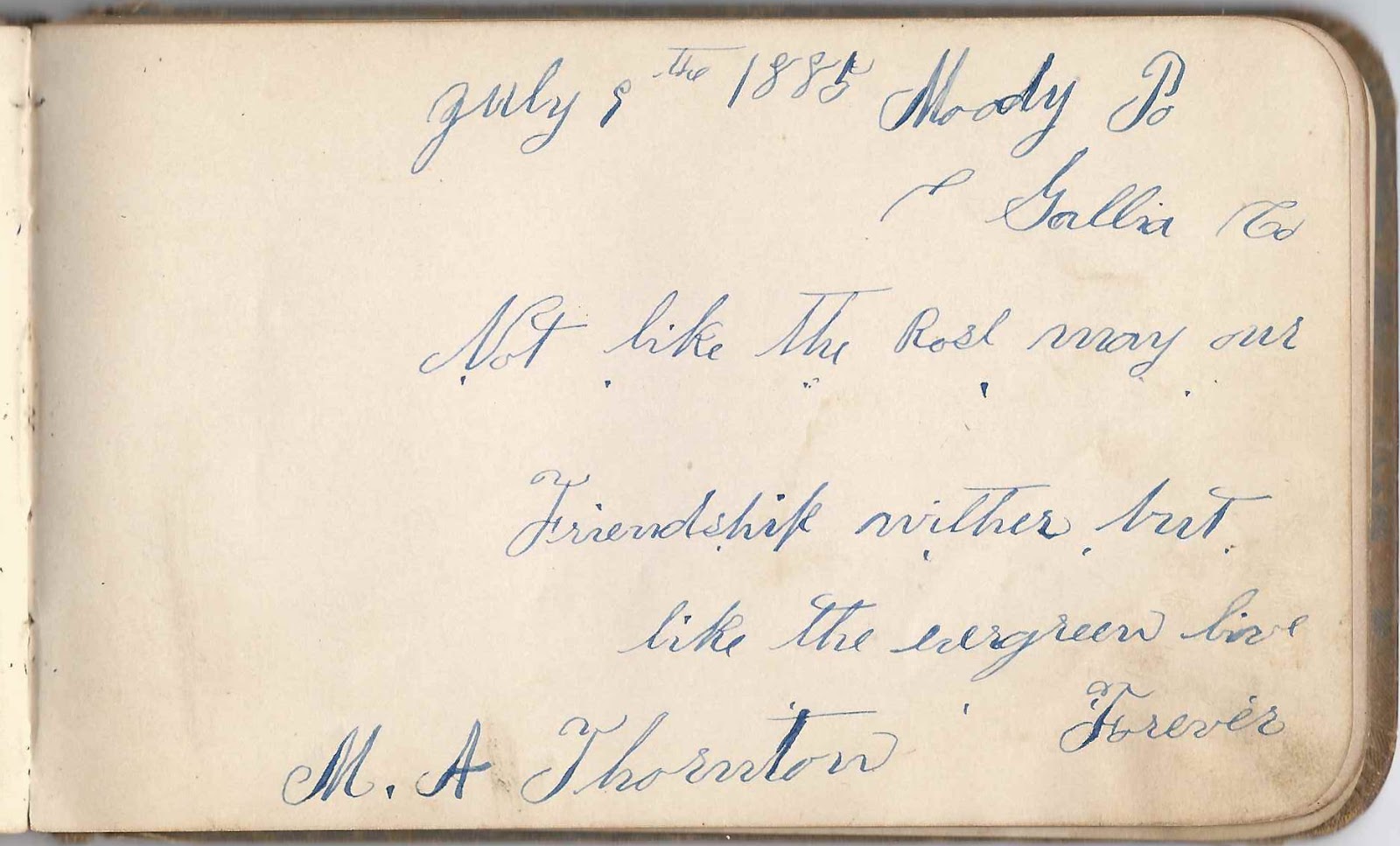 The latest autograph in the album apparently occurred after the album came to light in the early 1900s.  It was signed by Virgie May Thornton, the daughter of Isaac and Mary Ann (Saunders) Thornton, on November 22, 1907. 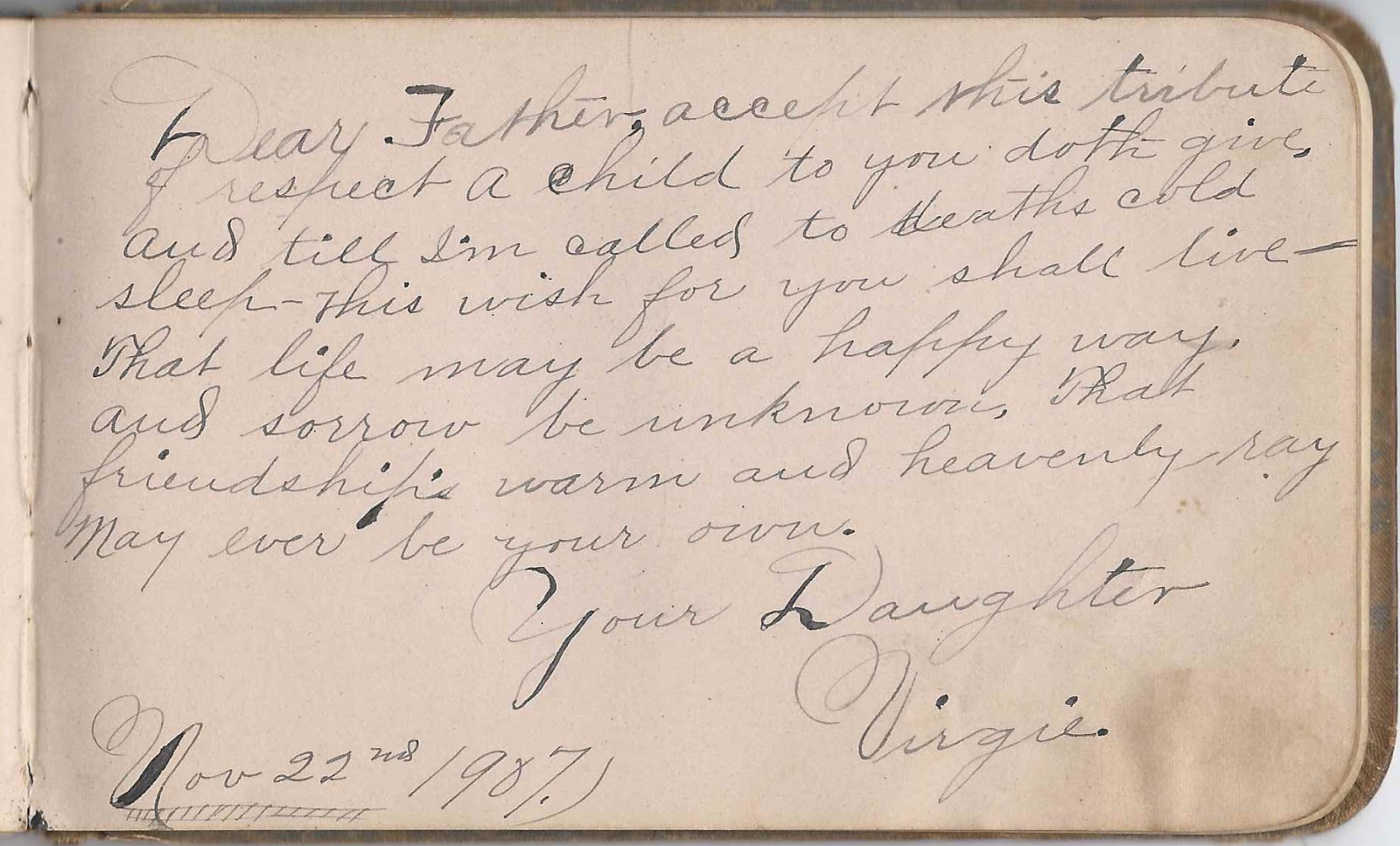 By 1900, Isaac, Mary Ann and their six children were living at Harrison, Ohio.  Isaac died in 1937.  Mary Ann had predeceased him in 1933.  Isaac was a school teacher for a few years; then after his marriage he settled on a small farm. He also ran a hotel there in Gallia Co., Ohio for a while. He and his family were members of the Mt. Carmel and Lincoln Chapel Methodist churches in Galllia Co.

Posted by Pam Beveridge at 7:57 AM