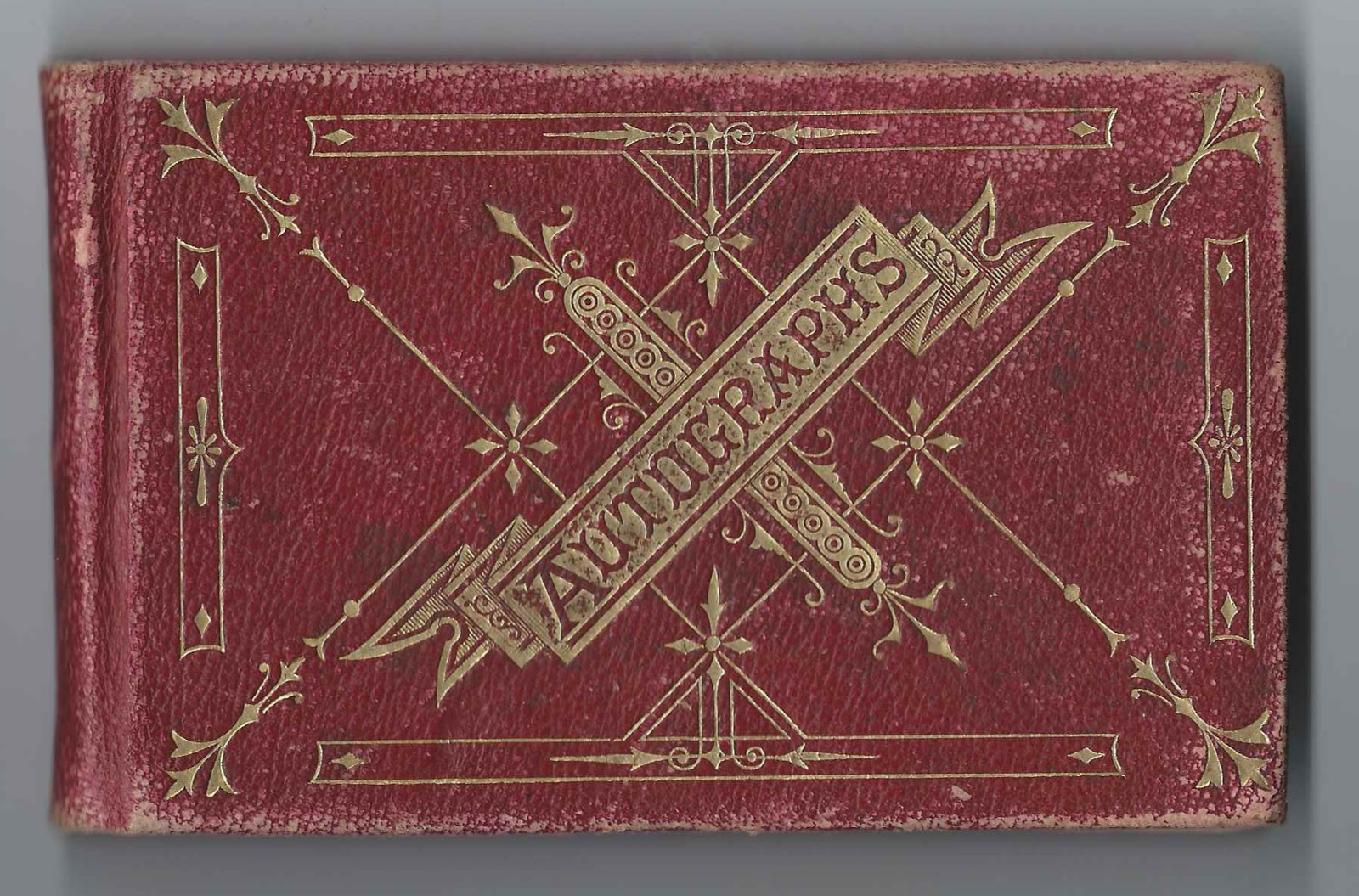 1870s autograph album of Mary Ellen Sumner of Mattapan, Massachusetts.  Her name was incorporated into a fancy design by Thomas Tyrrell on July 4, 1875. 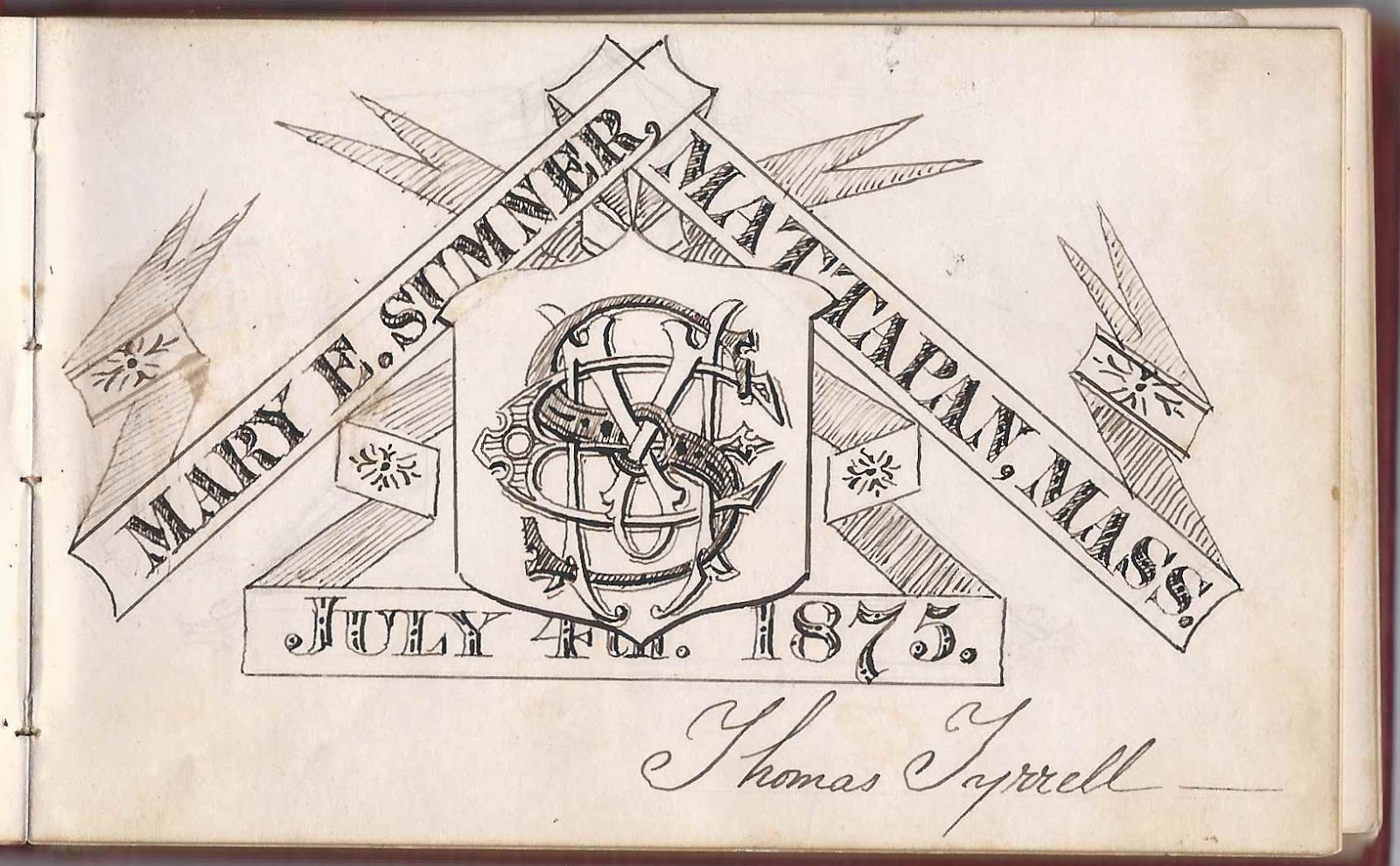 This album was found with another album compiled by Mary Ellen Sumner in the 1870s and with the album of Mary Ellen's daughter Pauline S. Howard of Mattapan, with sentiments collected while she was at home and while at college.

The album measures approximately 5-1/2" x 3-1/4" and contains the sentiments of nearly 50 of Mary Ellen Sumner's relatives, friends and schoolmates.  An alphabetical list of the signers appears at the end of this post.

Laura Ann (Hopkins) Sumner signed at least one page in her daughter's album, if not two.  She signed a page as "Mother", on what looks like March 7, 1896, but could have been 1876.  She lived past 1896, however, and may have taken the opportunity to sign a page in the album, which had recently come to light.  And she may have been the L. A. Sumner who signed a page at Boston, Massachusetts, on February 3, 1875. 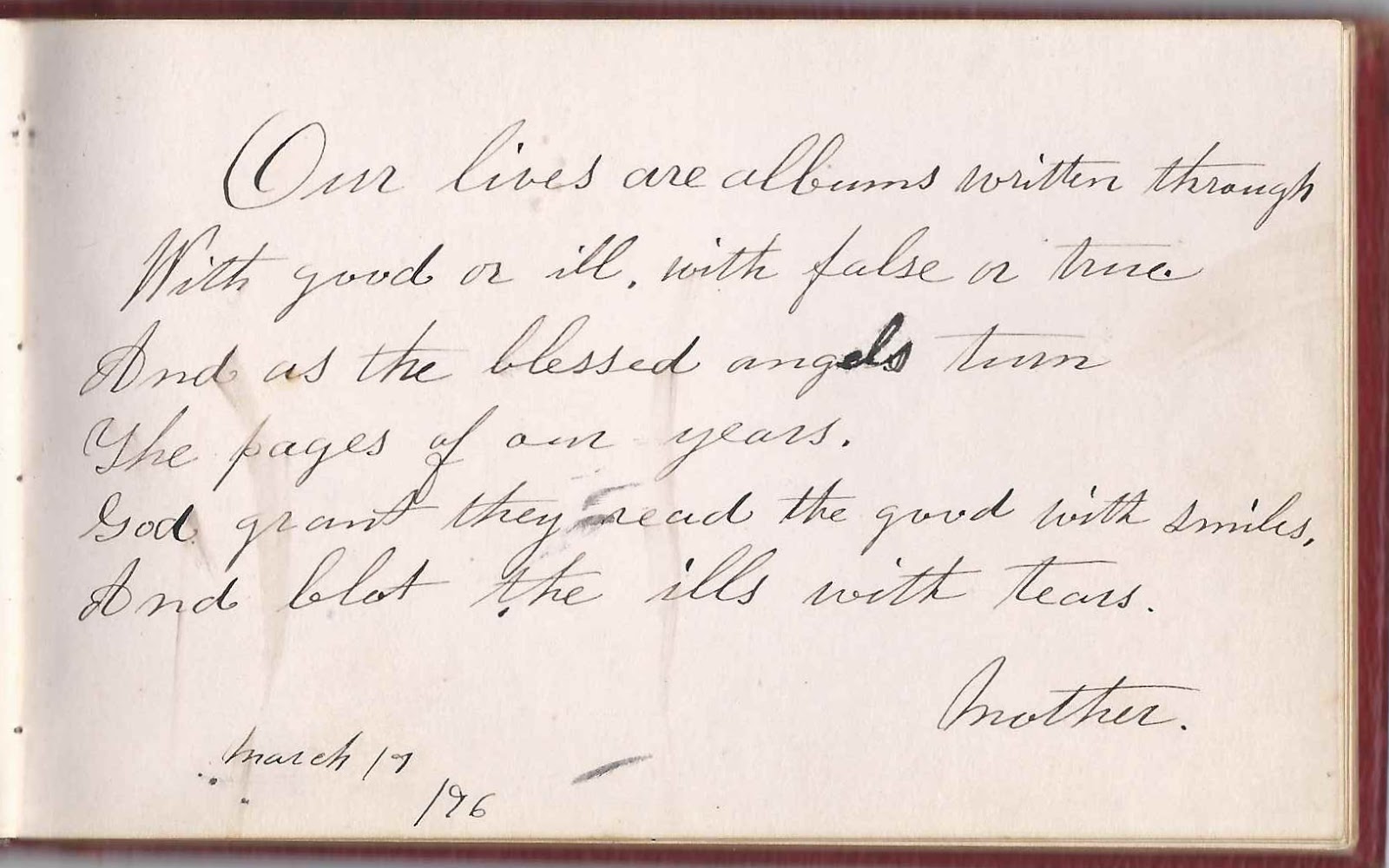 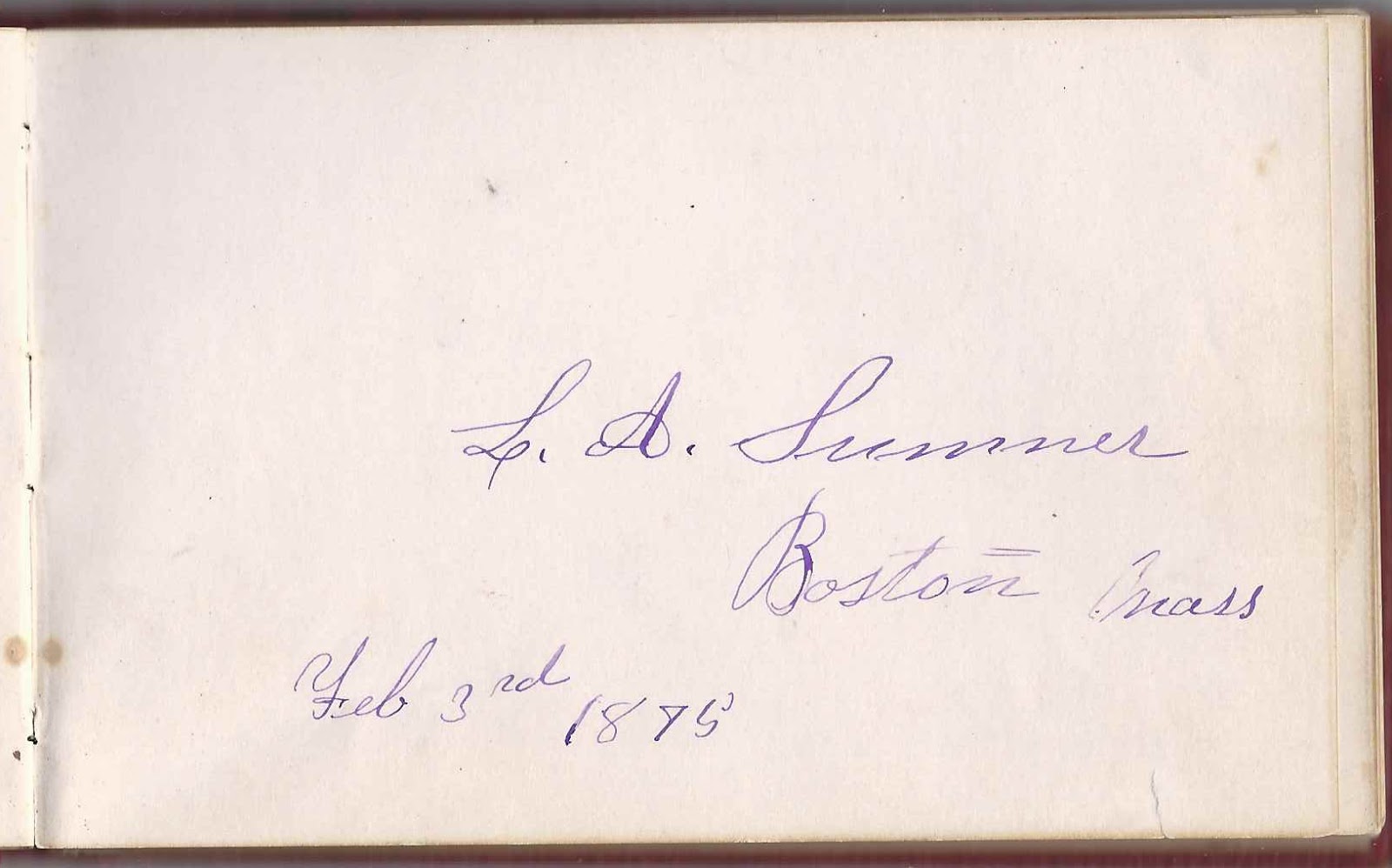 Mary Ellen's maternal grandmother, Pamelia (Thorp) Hopkins, signed a page in the album and indicated she was "age 93 yrs 3 mos" [possibly 8 mos.].  Pamelia, who was born about 1783, would live for another ten years or so after she signed this page.  I noticed that many trees had her name as Pamela, but her name above appears to be Pamelia. 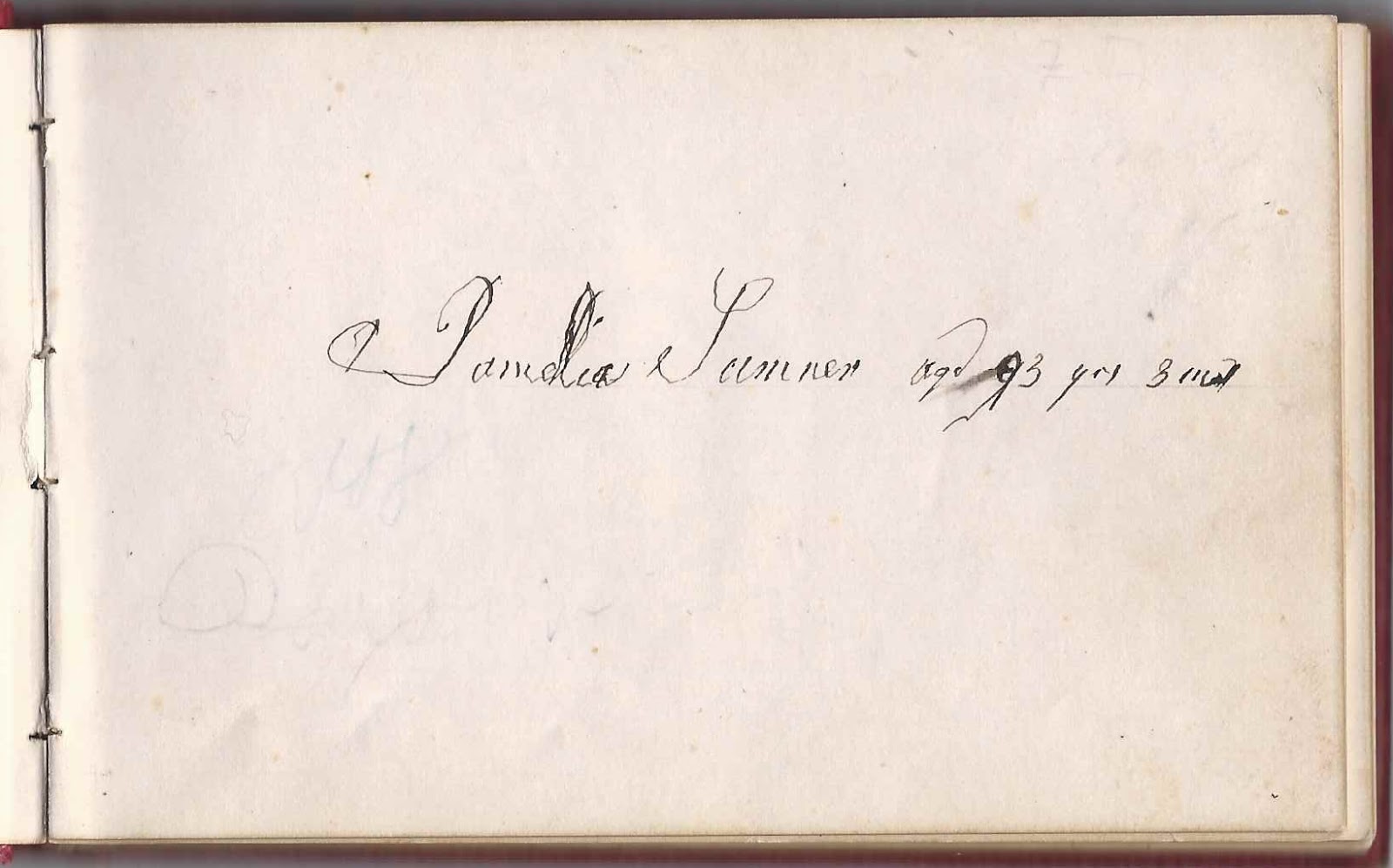 The W. H. Hopkins of Orleans, Massachusetts who signed a page may have been Laura Ann (Hopkins) Sumner's brother, Warren Henry Hopkins. 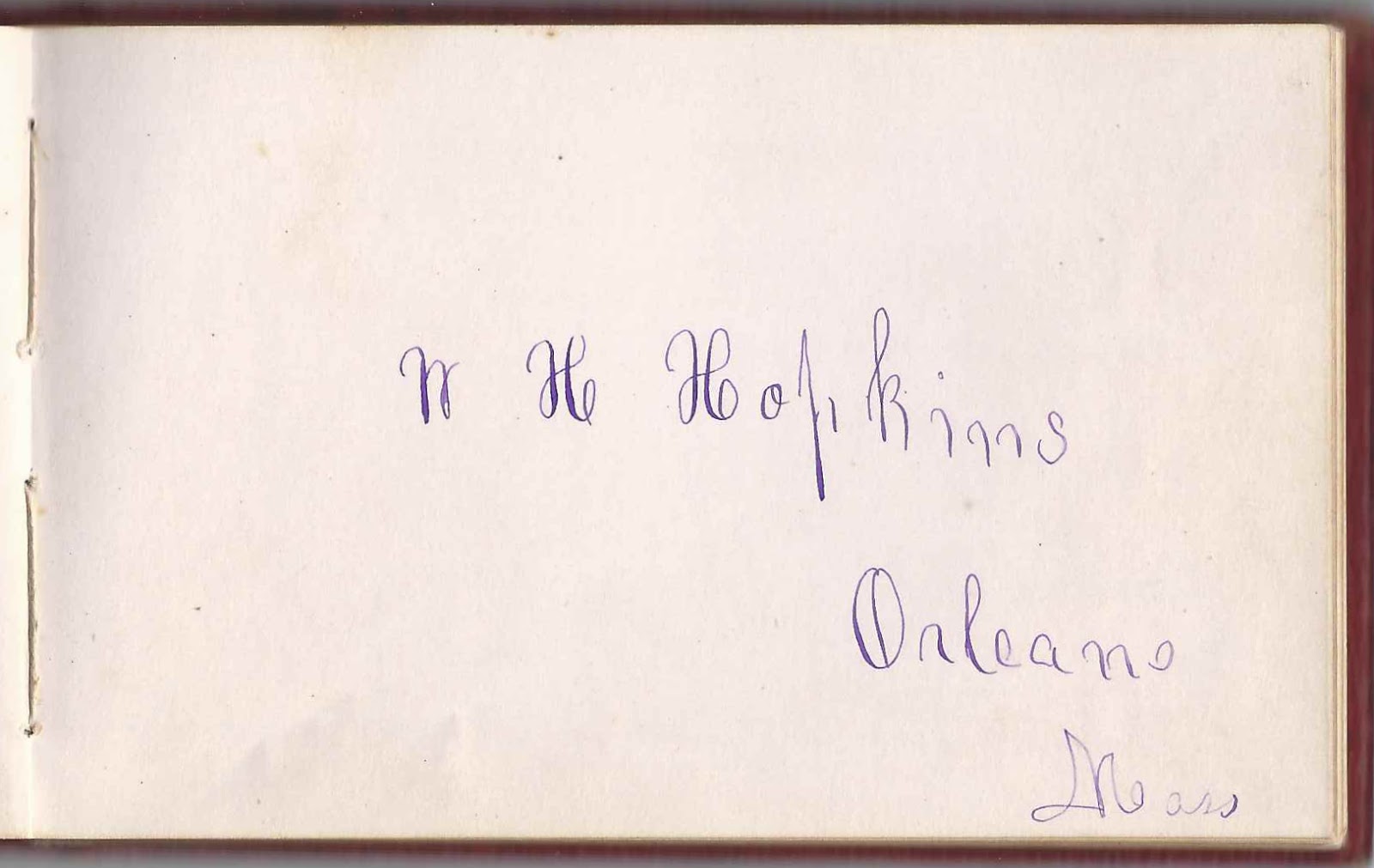 They would have a daughter, Pauline Sumner Howard, who would compile her own autograph album, also featured in its own post.

Several other people named Sumner or Hopkins signed pages in the album; refer to the list of signers below. Alice E. Sumner of Mattapan, Massachusetts, chose the last page in the album for her sentiment and sketch of September 22, 1876. 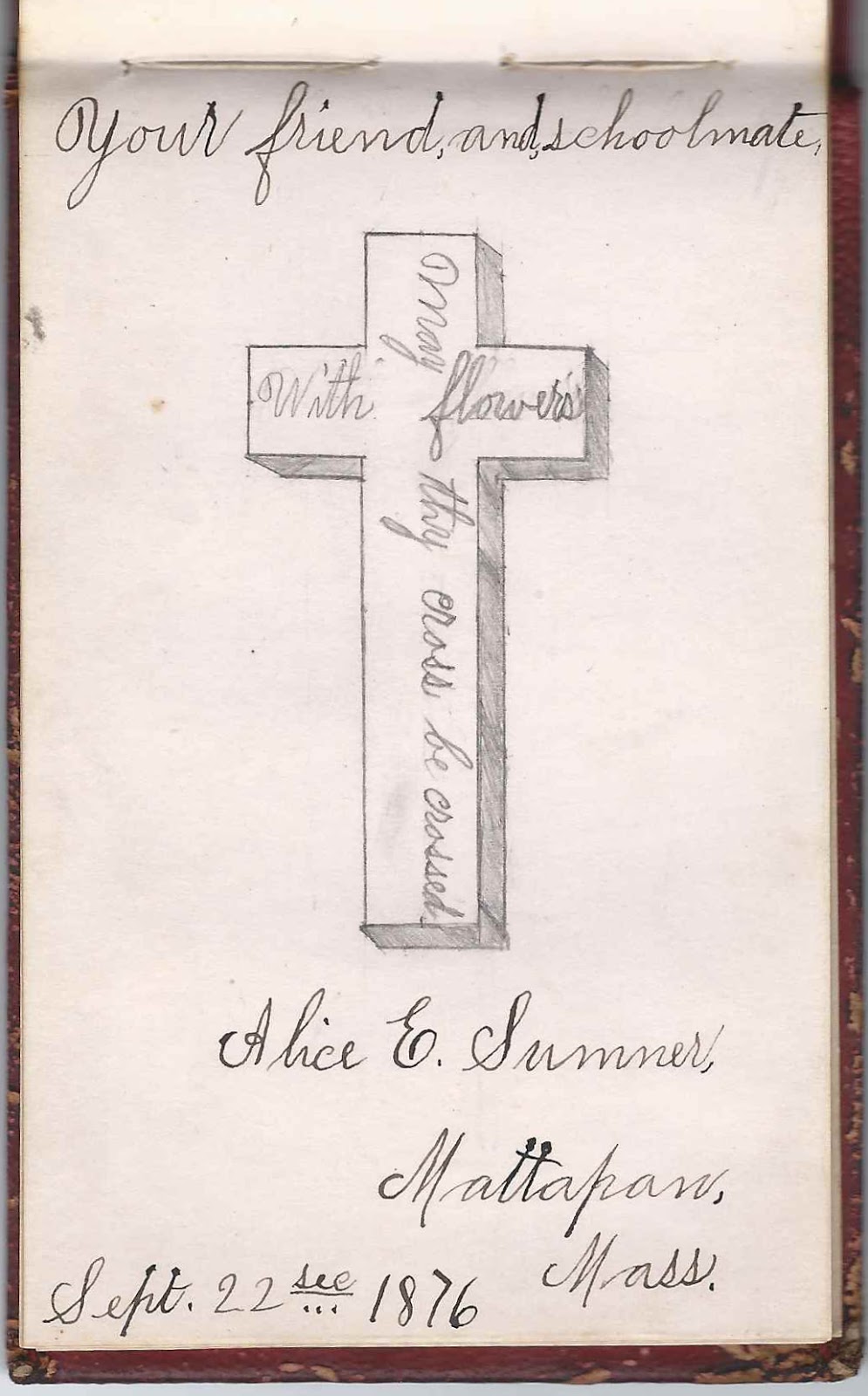 List of Signers:  Note: Given names within a specific surname may not be in alphabetical order.