1880s Autograph Album of Elizabeth A. Sutton, Class of 1881 at Normal College of New York City 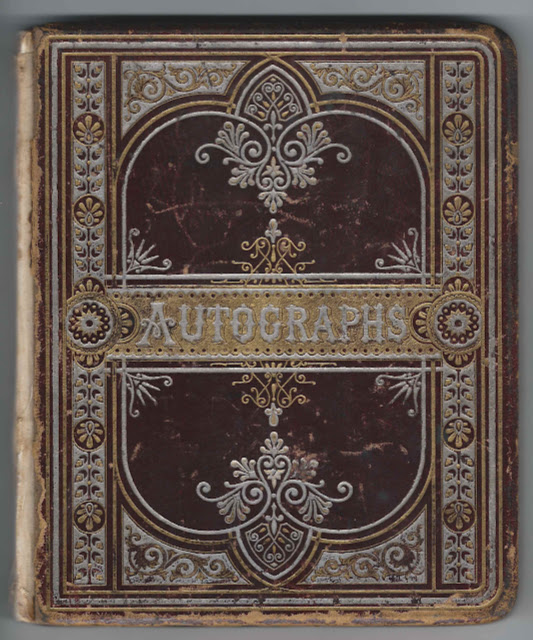 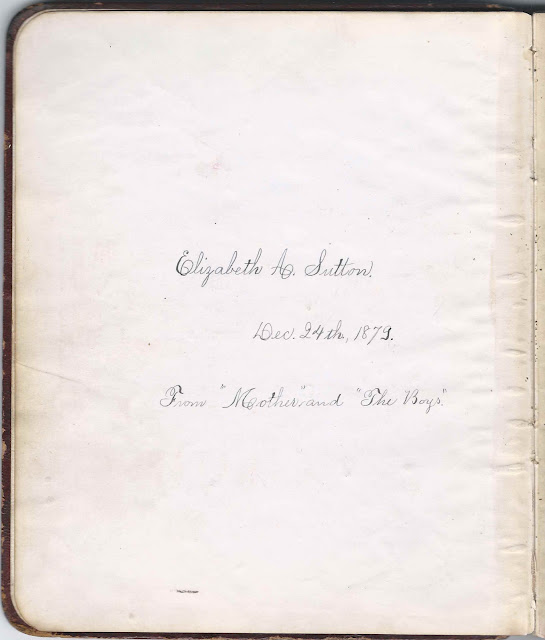 The album is approximately 8-1/4" x 7" and contains the sentiments of 57 of Lizzie's relatives, friends, schoolmates and pastor.  An alphabetical list of the signers appears at the end of this post. 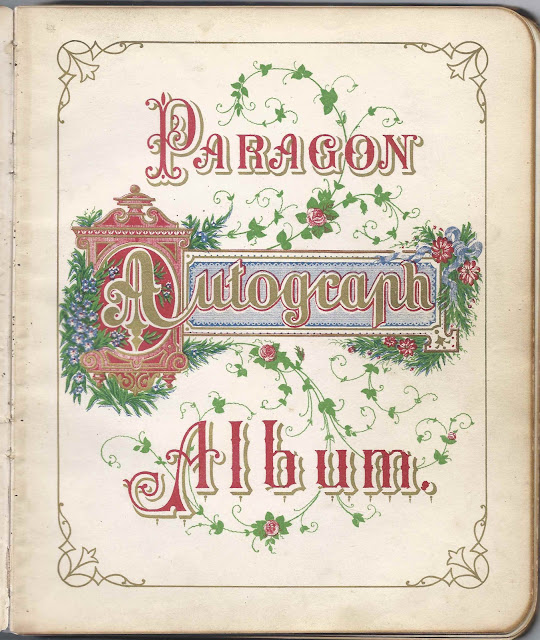 Elizabeth A. Sutton was born about May 1861 in New York or New Jersey, the daughter of John and Matilda A. (Hopkins) Sutton, who were born in England and New York, respectively.   I imagine Lizzie taught a few years after her 1881 graduation from the Normal College, but I don't know for sure.

Here's a link to a New York Times article in the issue of July 1, 1881 that lists the 1881 graduates of the Normal College of New York City. 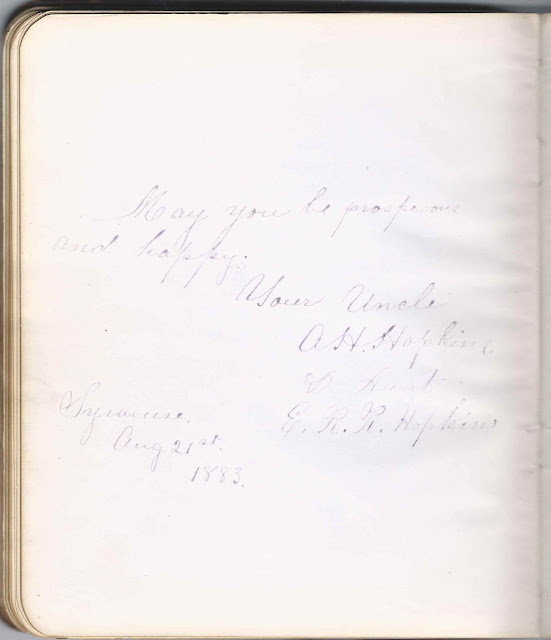 Two other people named Sutton signed pages in the album, but didn't indicate a family relationship with Lizzie, though they most likely had one.  Susie F. Sutton signed on December 29, 1879. 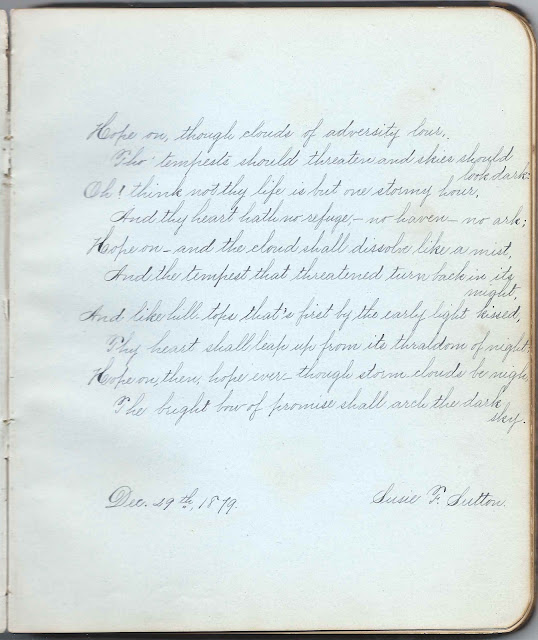 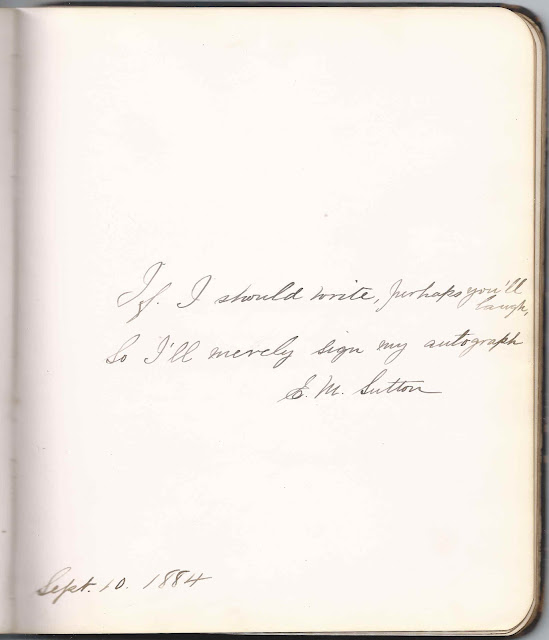 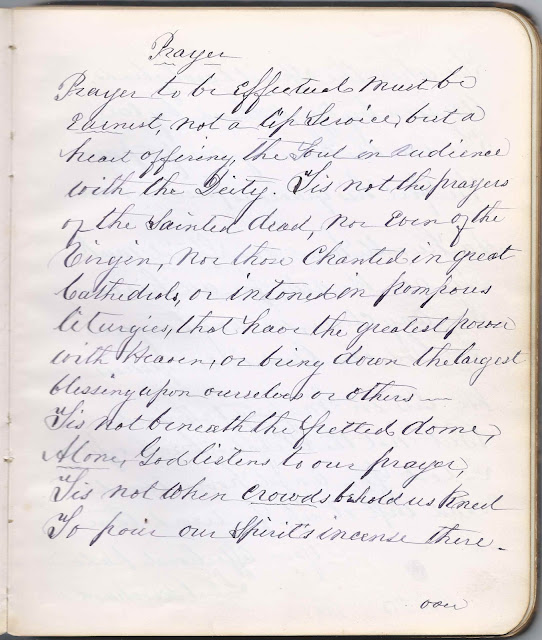 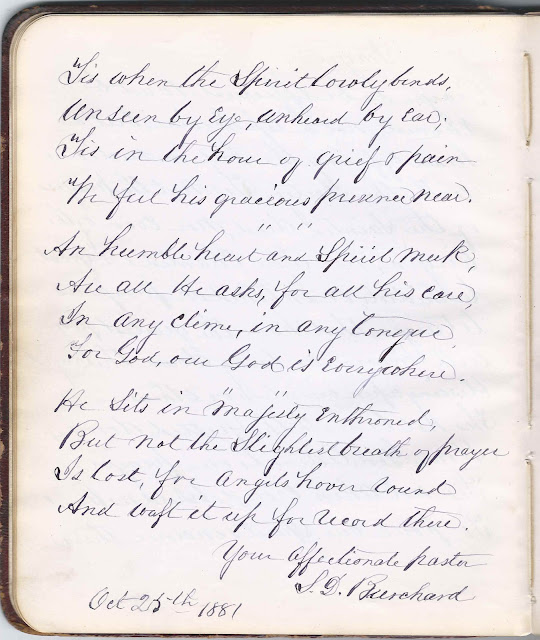 On March 5, 1889 at Manhattan, Lizzie married Alexander McLean Jeffrey, son of William and Jane (Sheliff) Jeffrey of Ireland.  Alexander was born in Ireland about February 1850; he graduated from New York University Medical College in 1896.  The couple lived at New York City, where Dr. Jeffrey had his medical practice.   The couple raised, I think, four children:

Dr. Jeffrey died at his summer residence at Mount Kisco, New York in 1918.

One page was signed by Elina Francfort.  During my efforts to decipher her surname, I found an article in the New York Times of April 4, 1906 about the deaths of Elina and her older sister Clara. 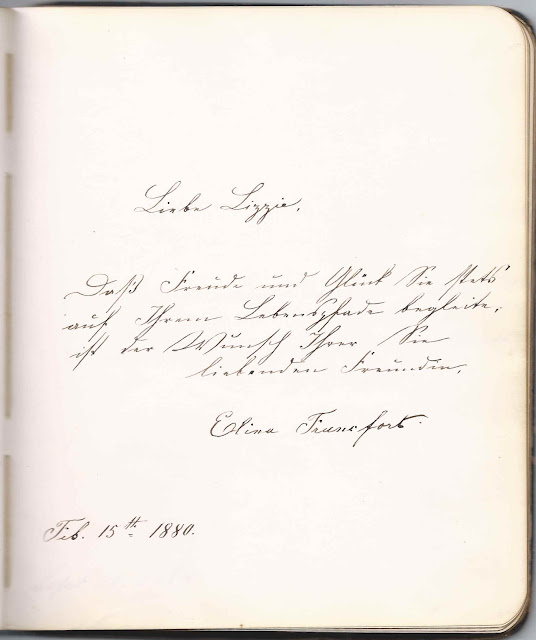 Signers in the album  [Note: given names within a specific surname may not be in alphabetical order.]