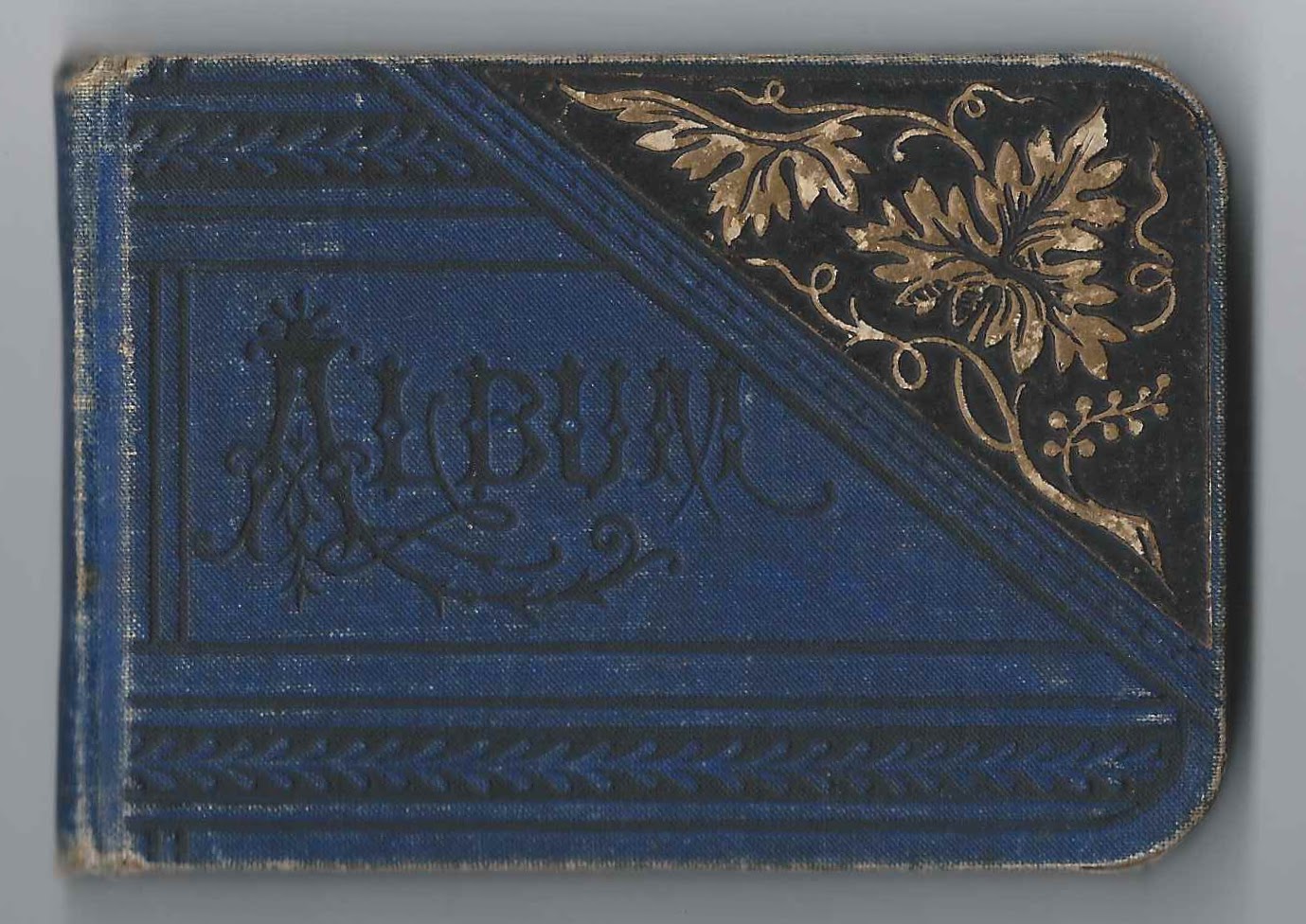 The person who sold me this album nearly a decade ago said it had belonged to her husband's grandmother, Annie Benner Biedler, and I found records with both spellings.  But signers in the album indicated Beidler.

Annie inscribed a page at the beginning of the album to the future signers. 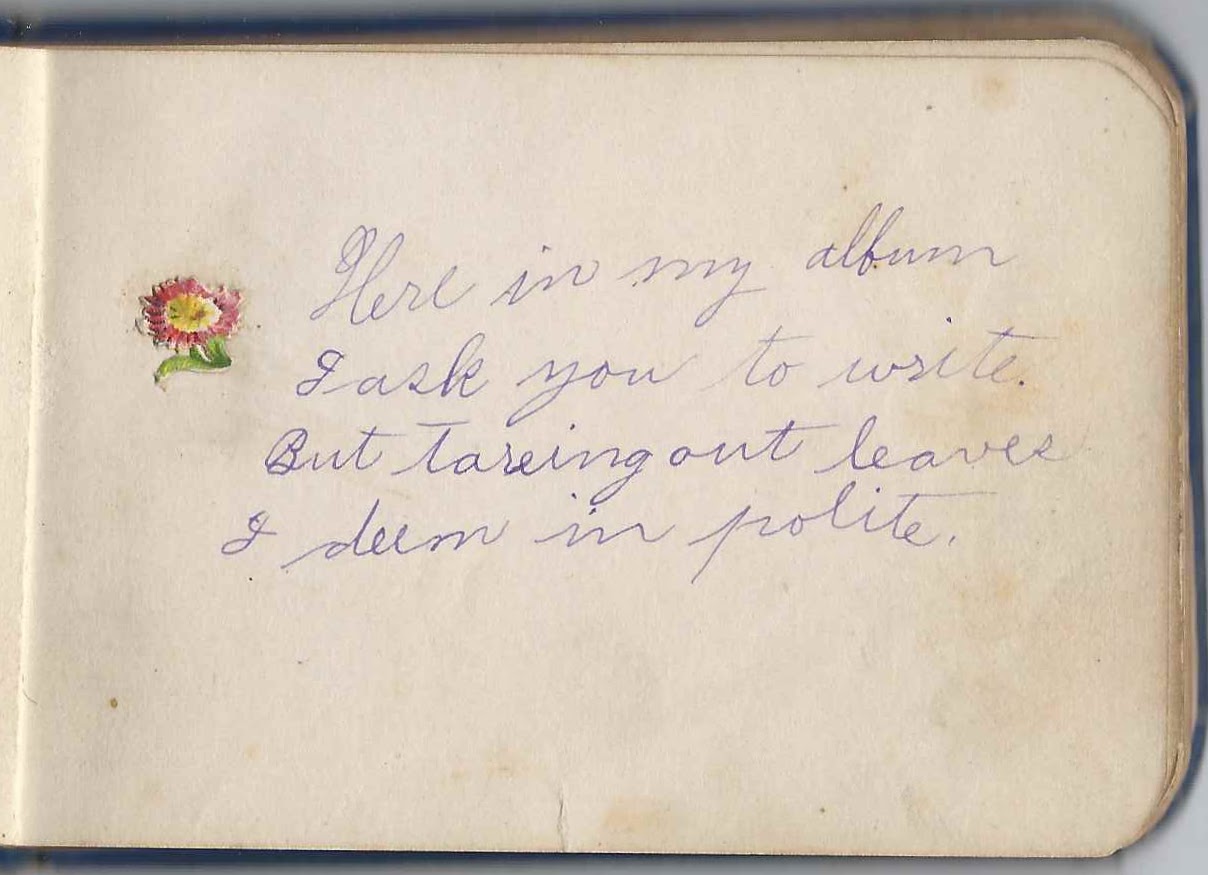 The album is approximately 4-1/4" x 3" and contains the sentiments of over 50 of Annie's relatives, friends and Sunday School teacher. 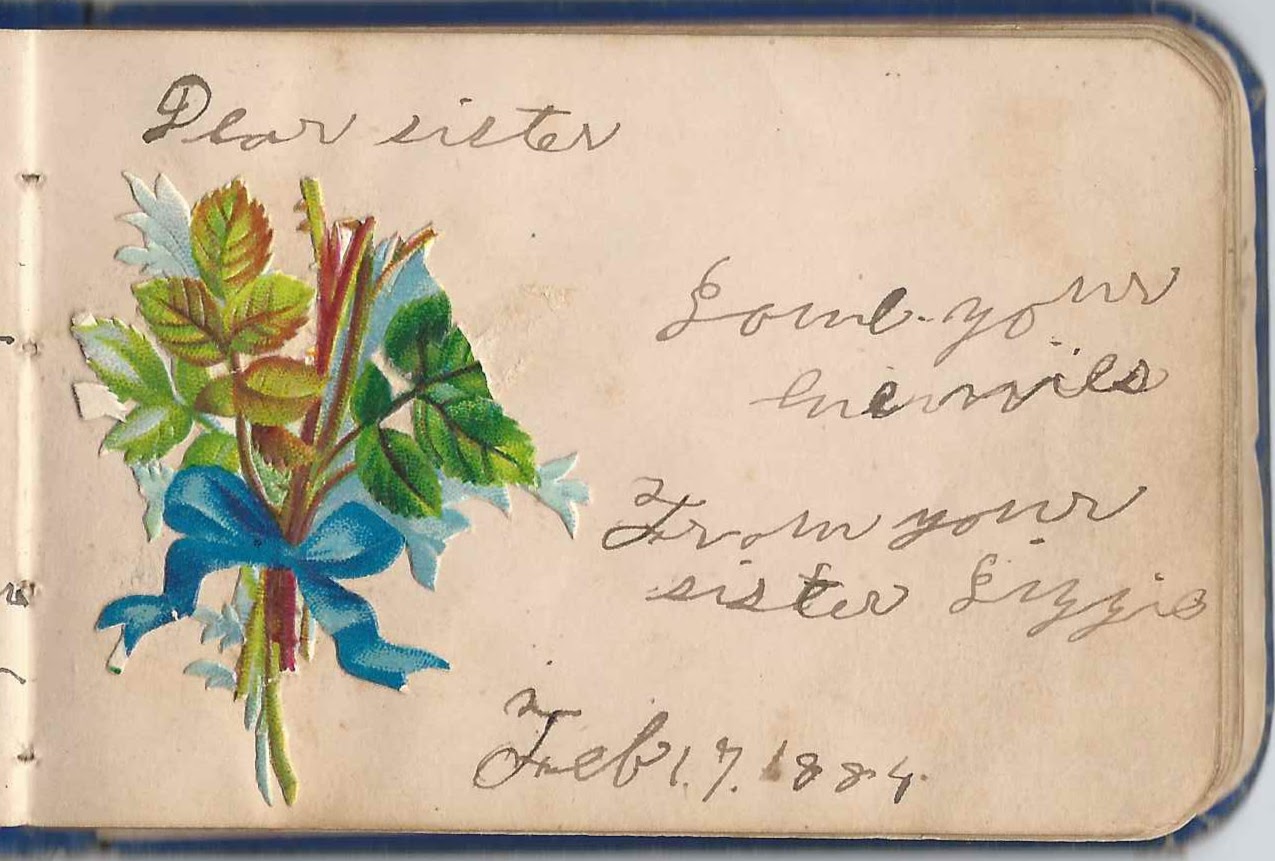 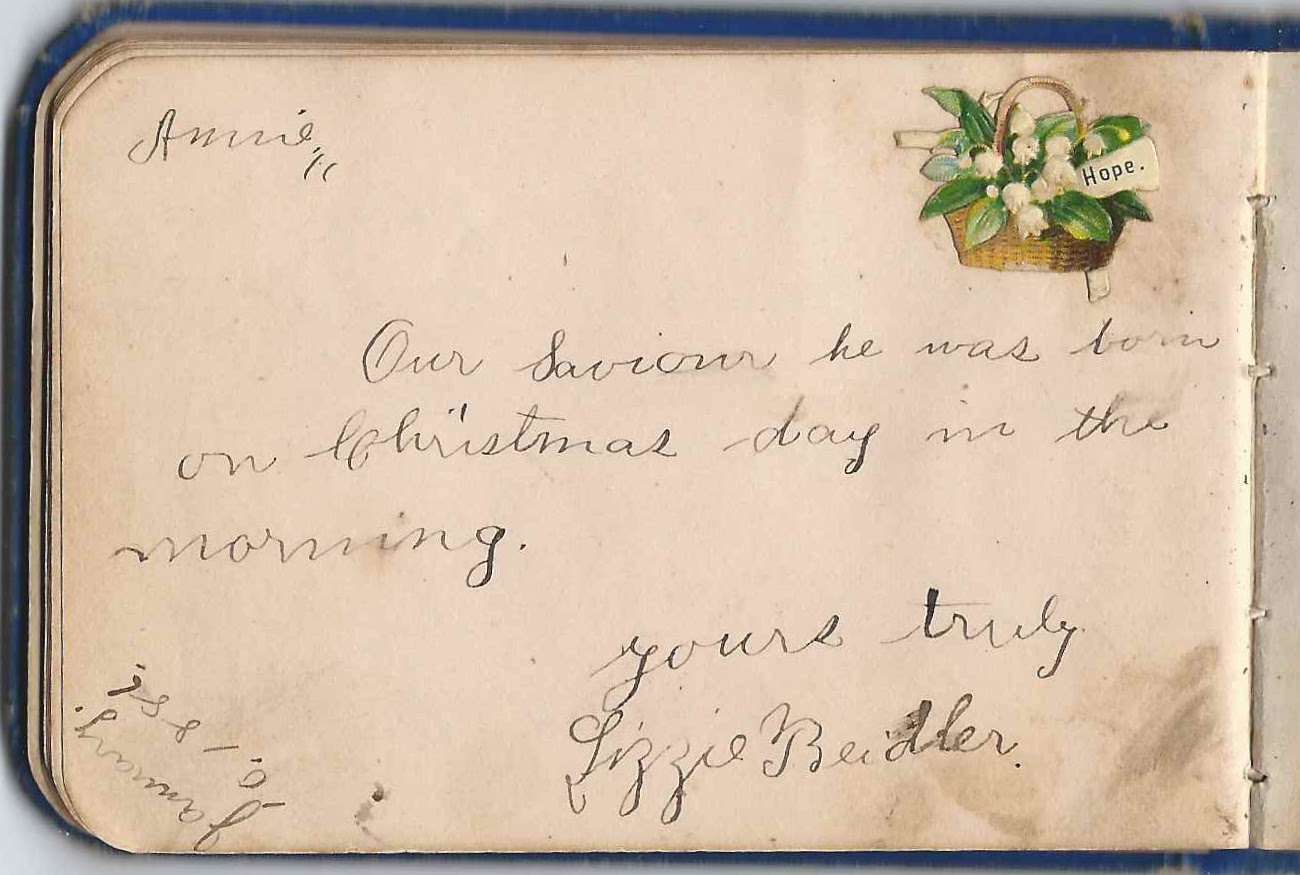 About 25 December 1886 at Philadelphia, Pennsylvania, Annie Benner Beidler married Horace B. Schanely, son of Edward and Catharine B. (Bauman) Schanely/Schonly.  Horace was born 24 October 1861 at Douglas Township, Pennsylvania.  Annie and Horace had, I believe, five sons and a daughter.

One of the sons, Howard Beidler Schanely, signed a page in his mother's album on May 13, 1912, the only autograph in the album out of the 1880s era. 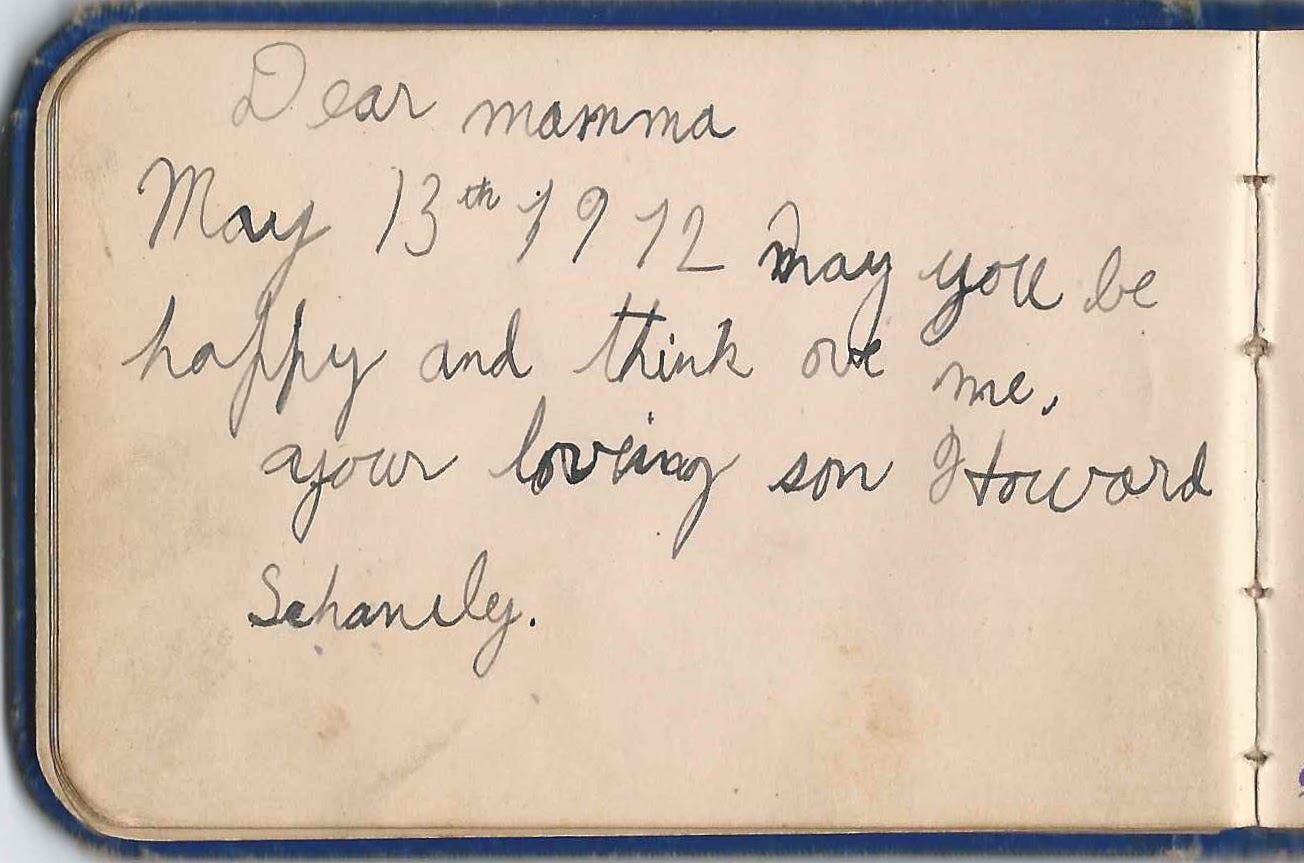 Amanda L. Benner of Perkasie, Pennsylvania, signed a page on July 12, 1881, and indicated she was Annie's cousin.  Amanda was the daughter of Mary and Abram or Abraham S. Benner, who was the younger brother of Annie's mother Sophia S. (Benner) Beidler. 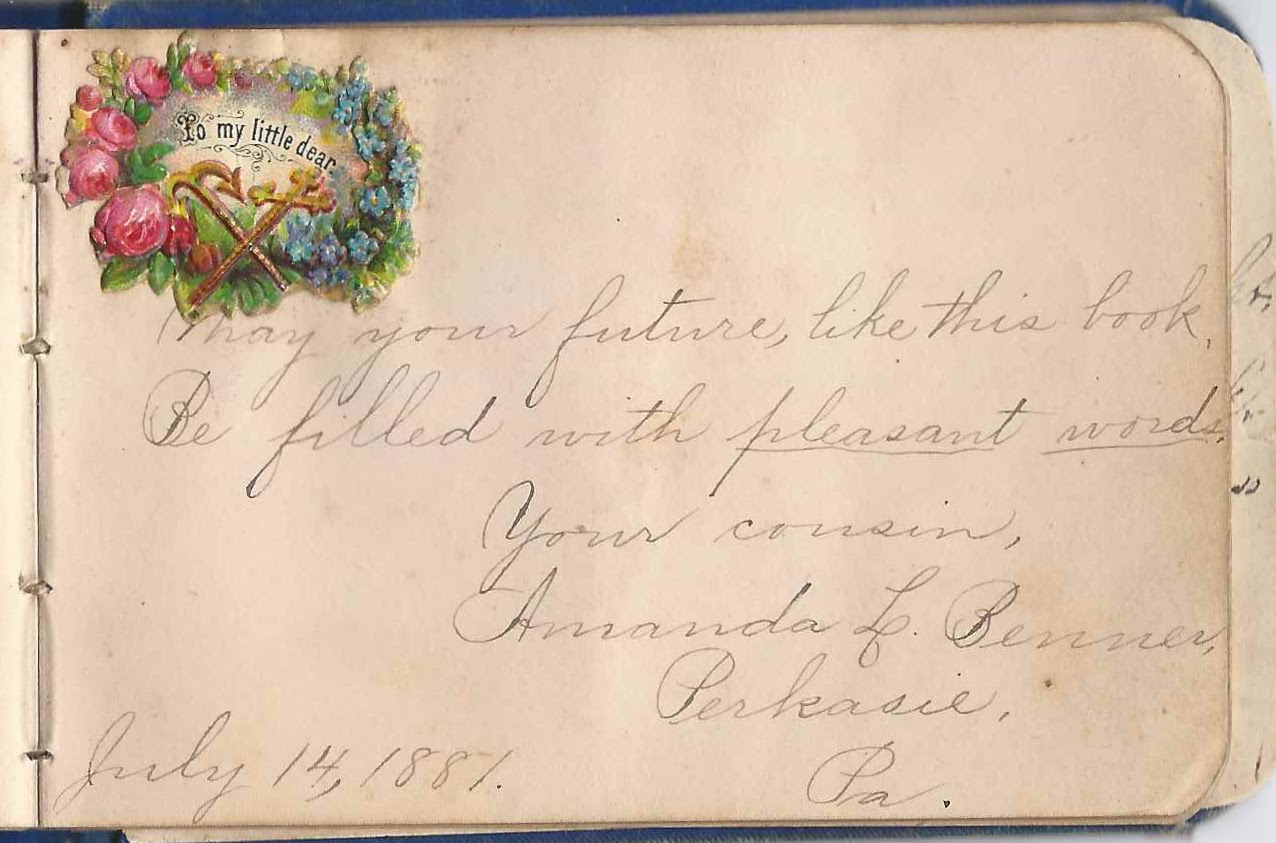 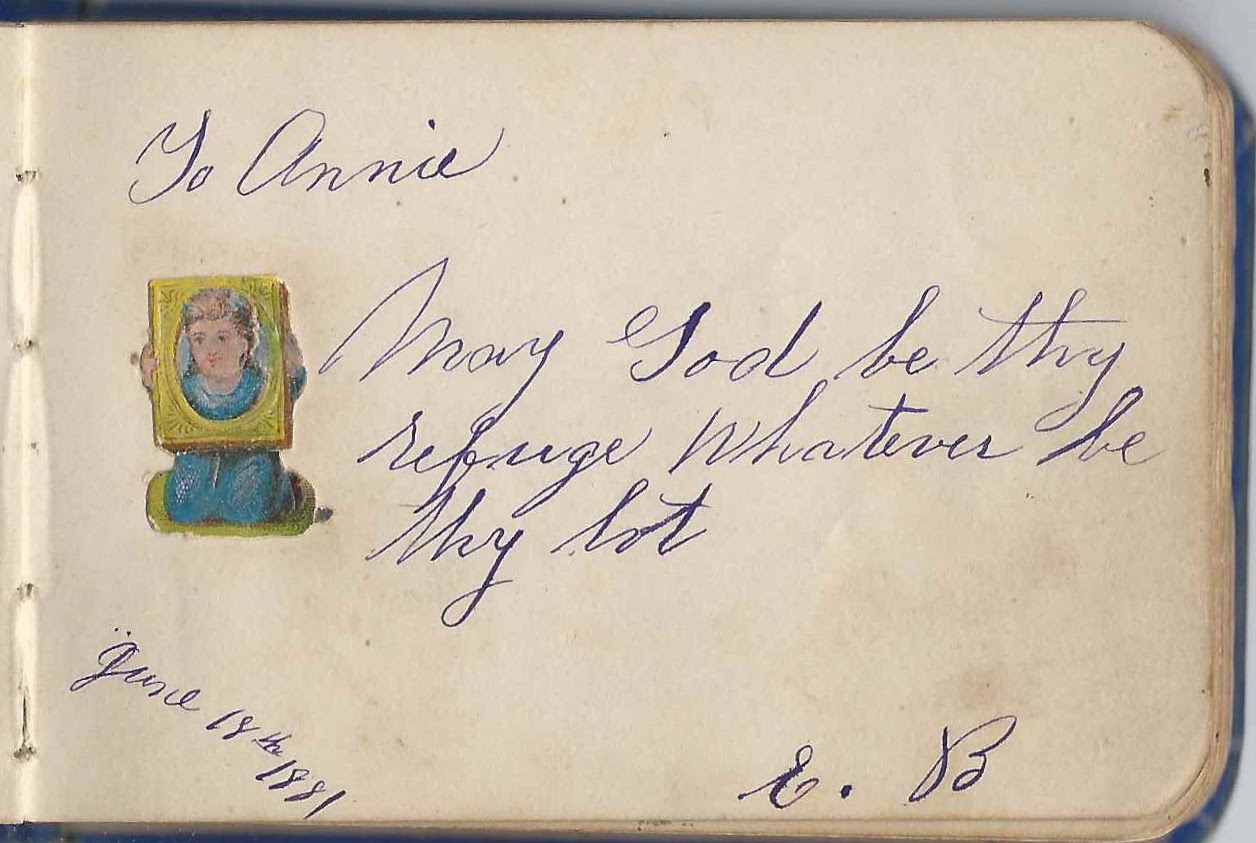 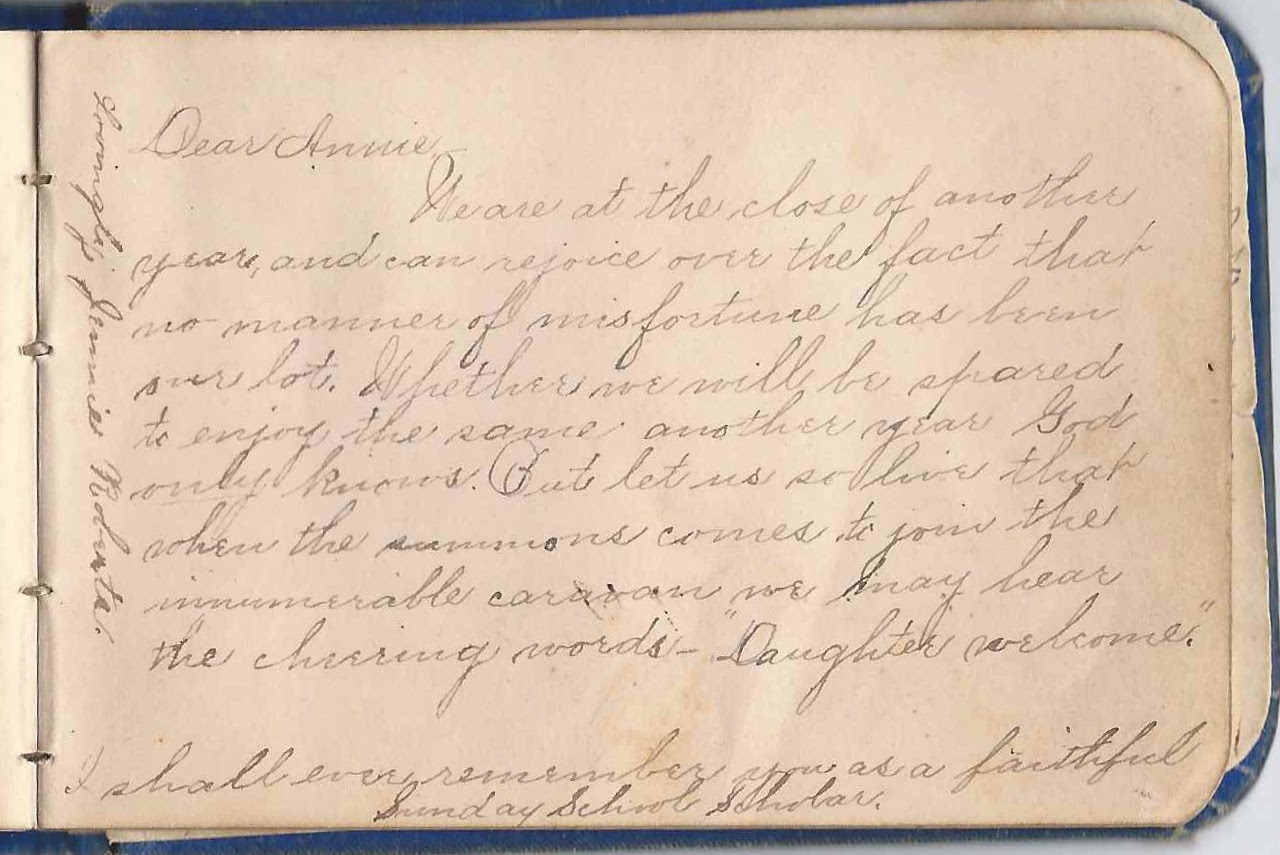 There were ten signers named Shelly; refer to the list below.

Surnames in the album   [Some signed multiple times; 7 signers did not indicate a surname.]

Posted by Pam Beveridge at 2:52 PM