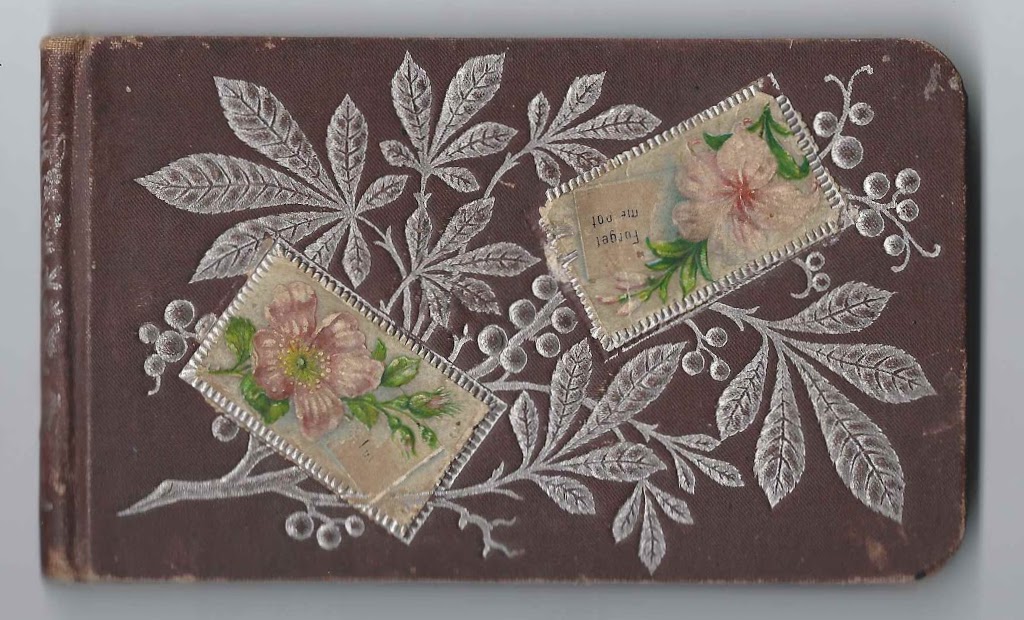 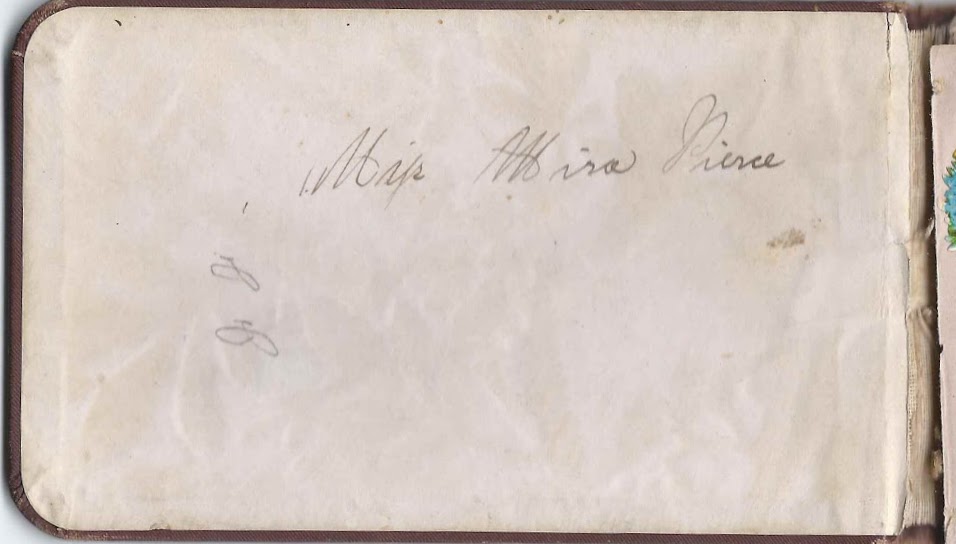 The album is approximately 5-1/4" x 3" and contains the sentiments of 22 people, with several unsigned pages.  An alphabetical list of the signers appears at the end of this post.

Almira had, I believe, four siblings, two of whom signed pages in her album.  Her older brother Walter Pierce of Troupsburg, New York, and a faint page that I believe was written by Almira's older sister Alice Pierce.

About 1889, Almira Pierce became the second or third wife of widower Frank L. Waight, son of George Franklin Waight and Ellen (Murphy) Waight.  They had a daughter Florence M. Waight, born 6 August 1889 at Jasper, New York.  Sadly, Almira died in 1896.  Florence was living with Almira's father Henry Levi Coffin and wife Eliza at the time of the enumeration of the 1900 Census of Troupsburg, New York.

One of the fancier pages in the album was inscribed by Chancy Hulburt of Troupsburg, New York, on February 8, 1883. 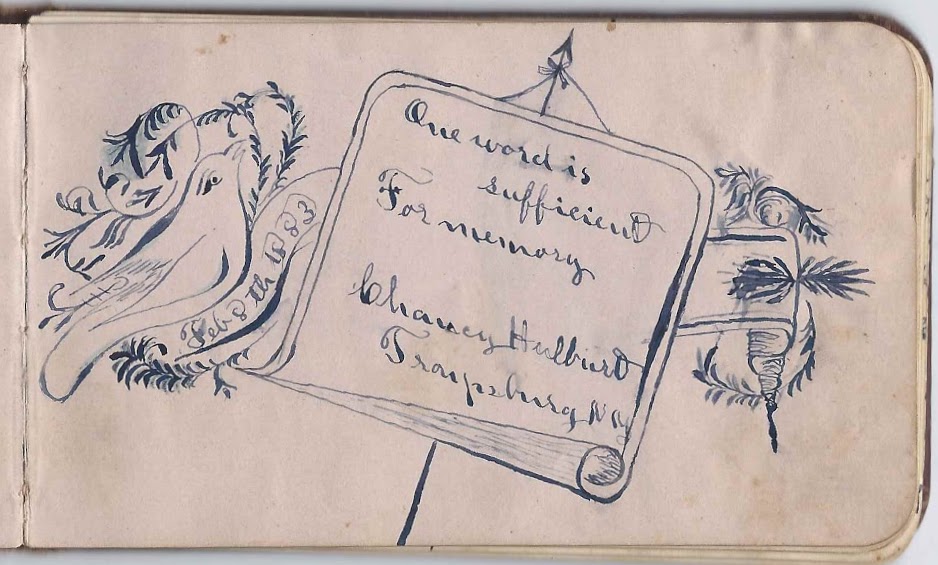 Surnames in the Album  [Some appear multiple times.]

Signers in the Album  [Note: given names within a specific surname may not be in alphabetical order.]