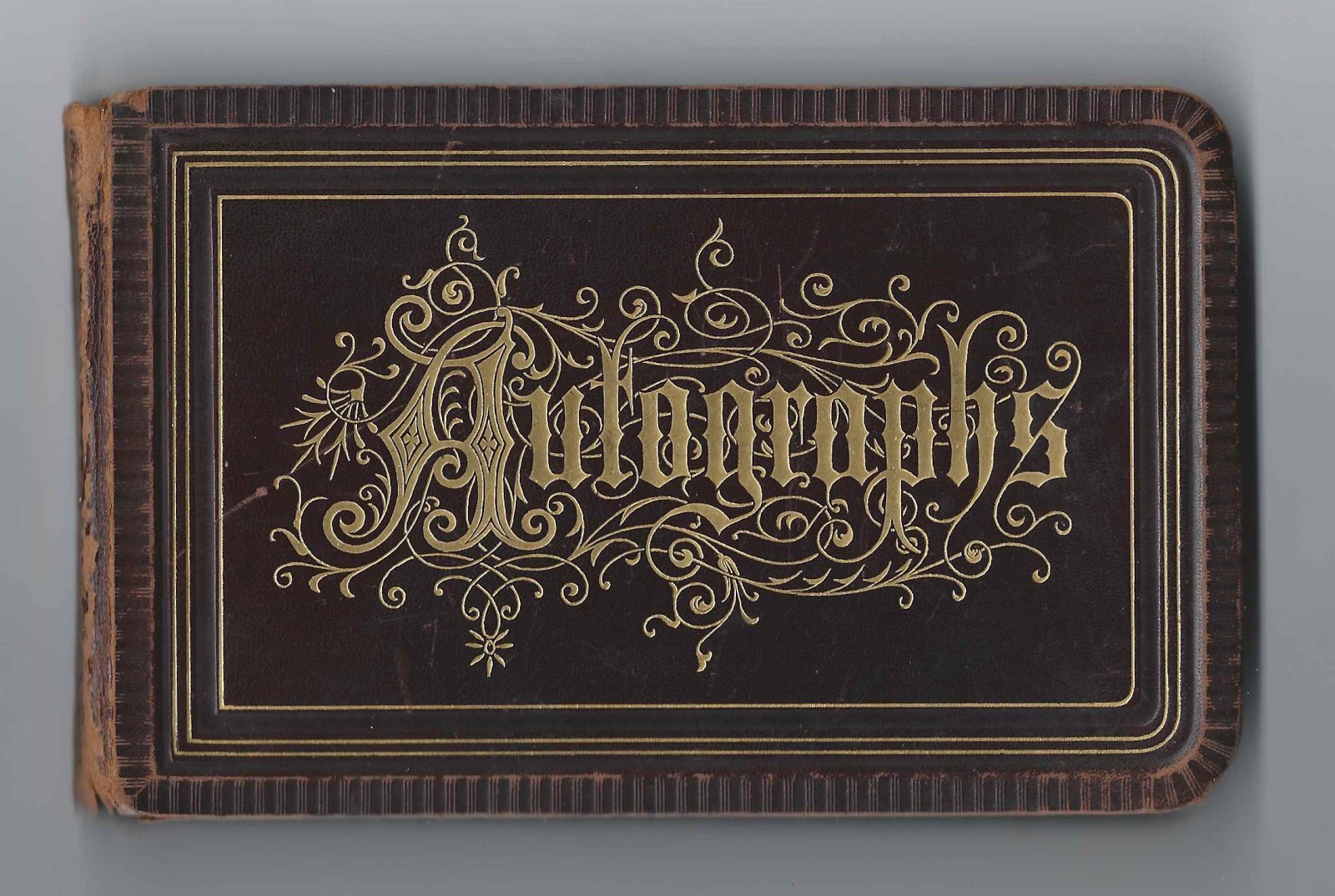 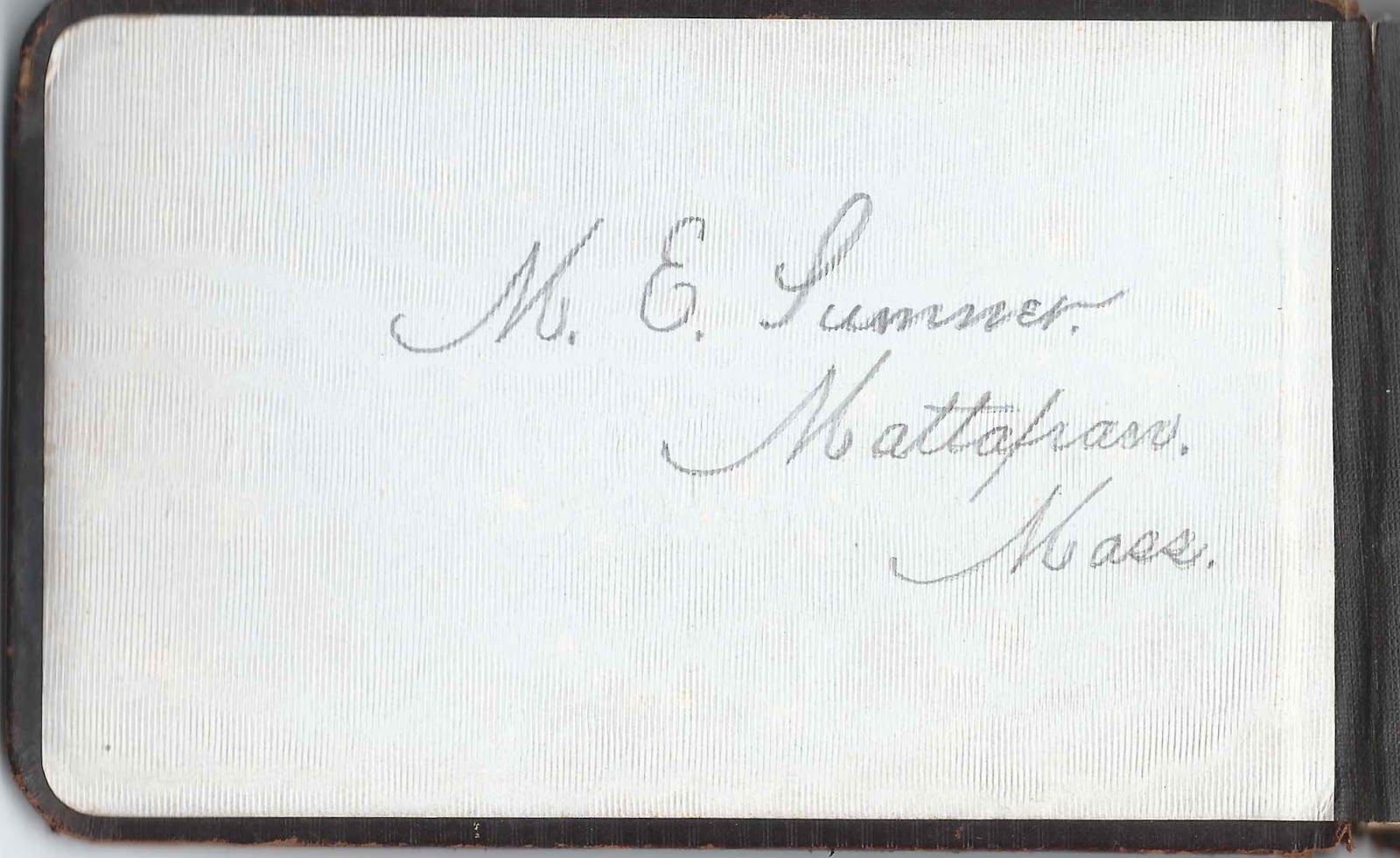 This album was found with another autograph album compiled by Mary Ellen Sumner in the 1870s and with the album of Mary Ellen's daughter, Pauline Sumner Howard, with sentiments collected at home at Mattapan and at college. 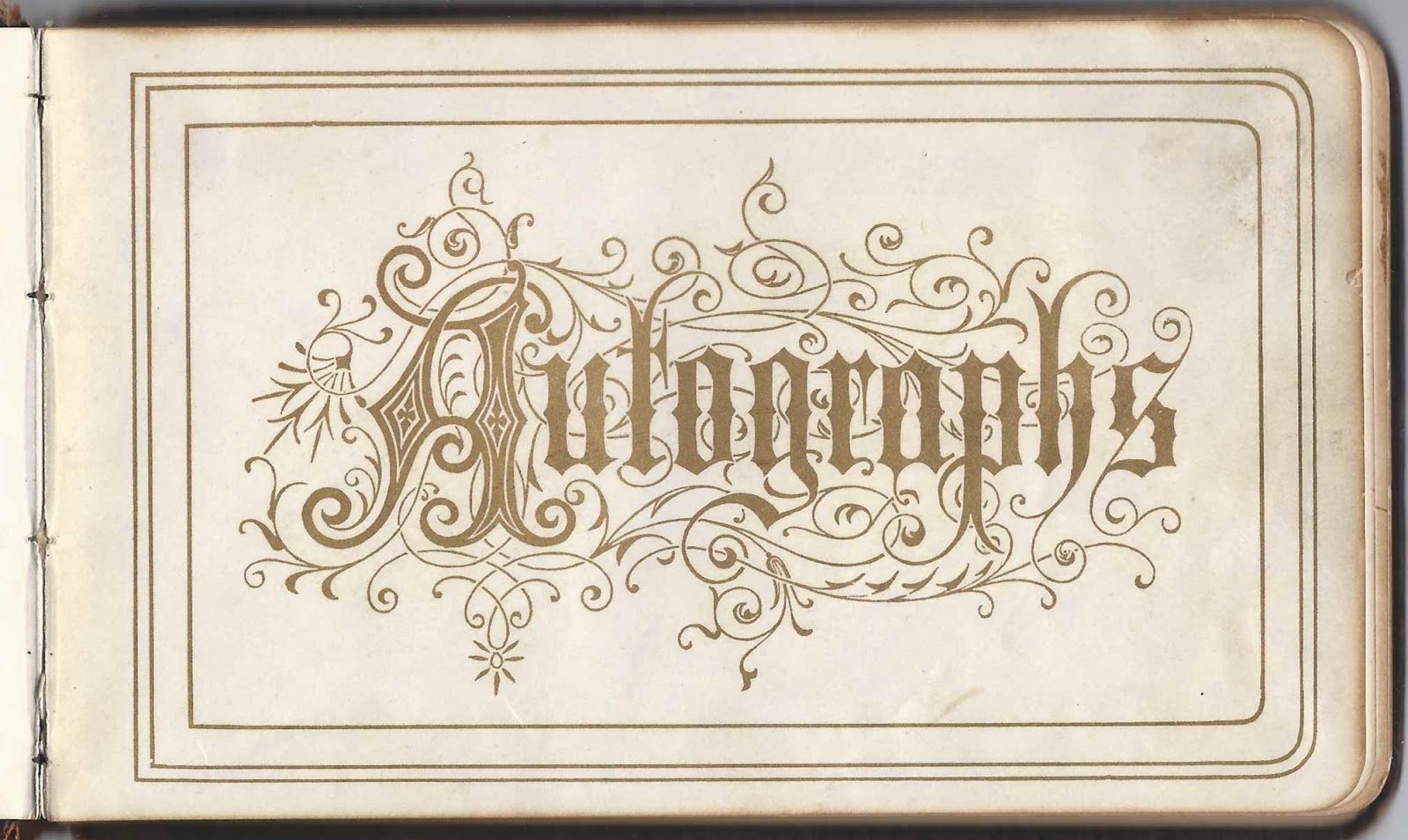 I'm not sure if the Mary Sumner of Mattapan, Massachusetts, who signed a page on August 2, 1874, was Mary Ellen Sumner, or another Mary Sumner, but she signed the page just after the title page.  As you can see from the traces of glue on the page below, several of the pages were stuck together. 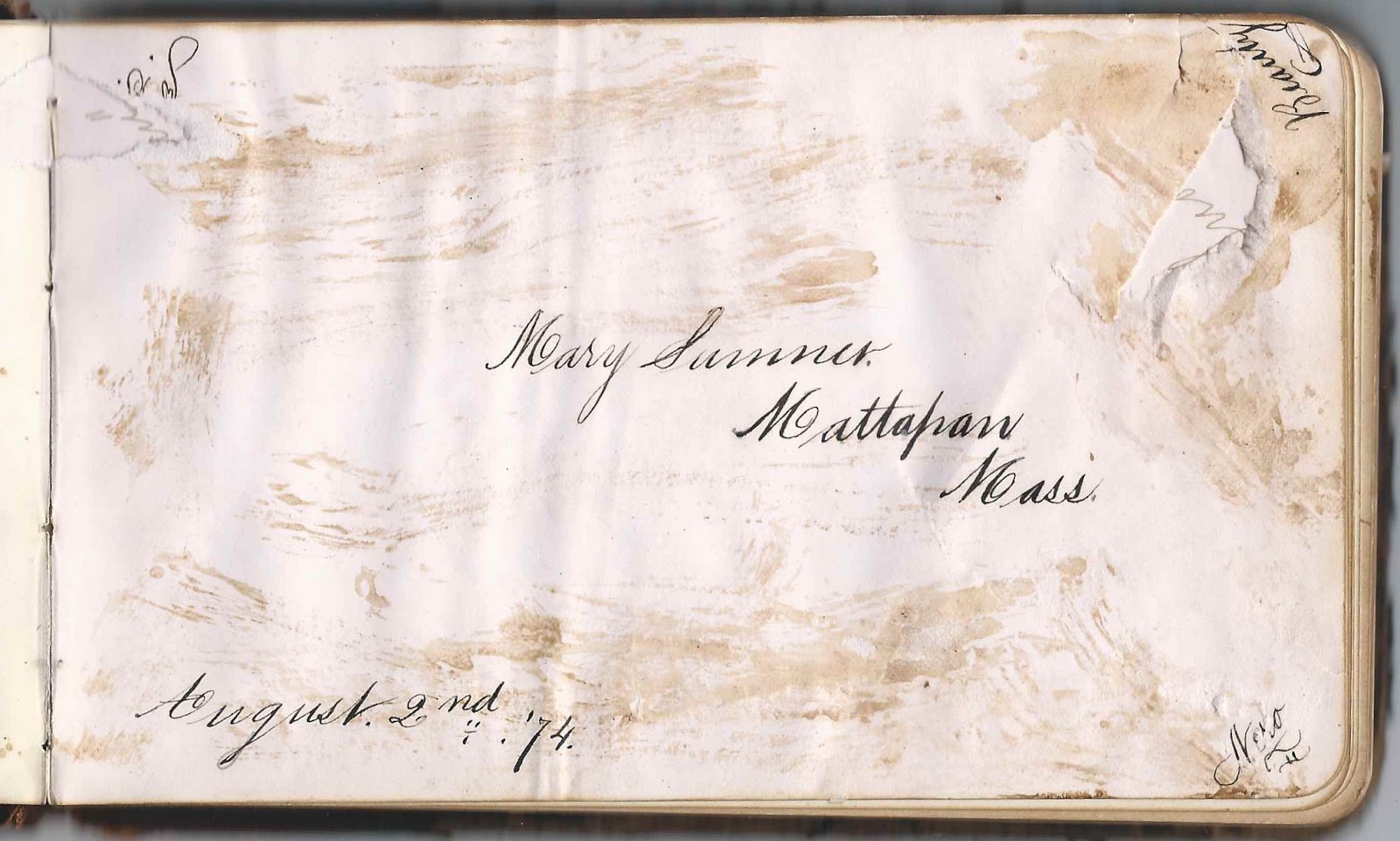 The album measures approximately 6-1/2" x 4" and contains the sentiments of nearly forty of Mary Ellen's relatives, friends and schoolmates.  An alphabetical list of the signers appears at the end of this post.

Interestingly, there was an F. T. Howard who signed one of the last pages in Mary Ellen's album at Milton, Massachusetts, in 1881, and sketched a bird.  Perhaps this was Frederick Theodore Howard, who signed either before or after their marriage. 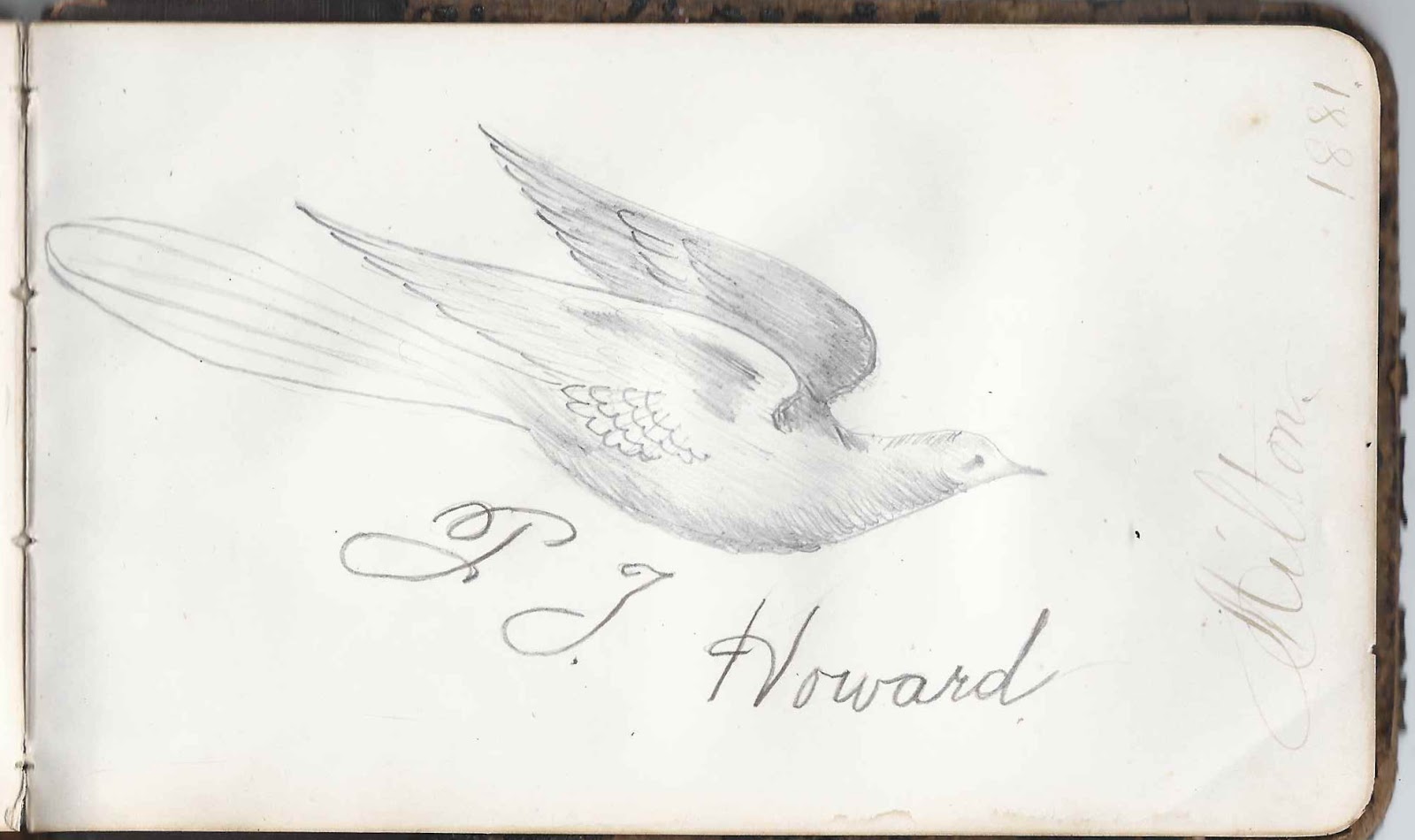 Mary Ellen (Sumner) Howard and Frederick Theodore Howard would have a daughter, Pauline Sumner Howard, whose autograph album was found with the two albums of her mother.

Another fancy sketch was done by signer ? A. Thompson, who sketched a two birds on November 15, 1871. 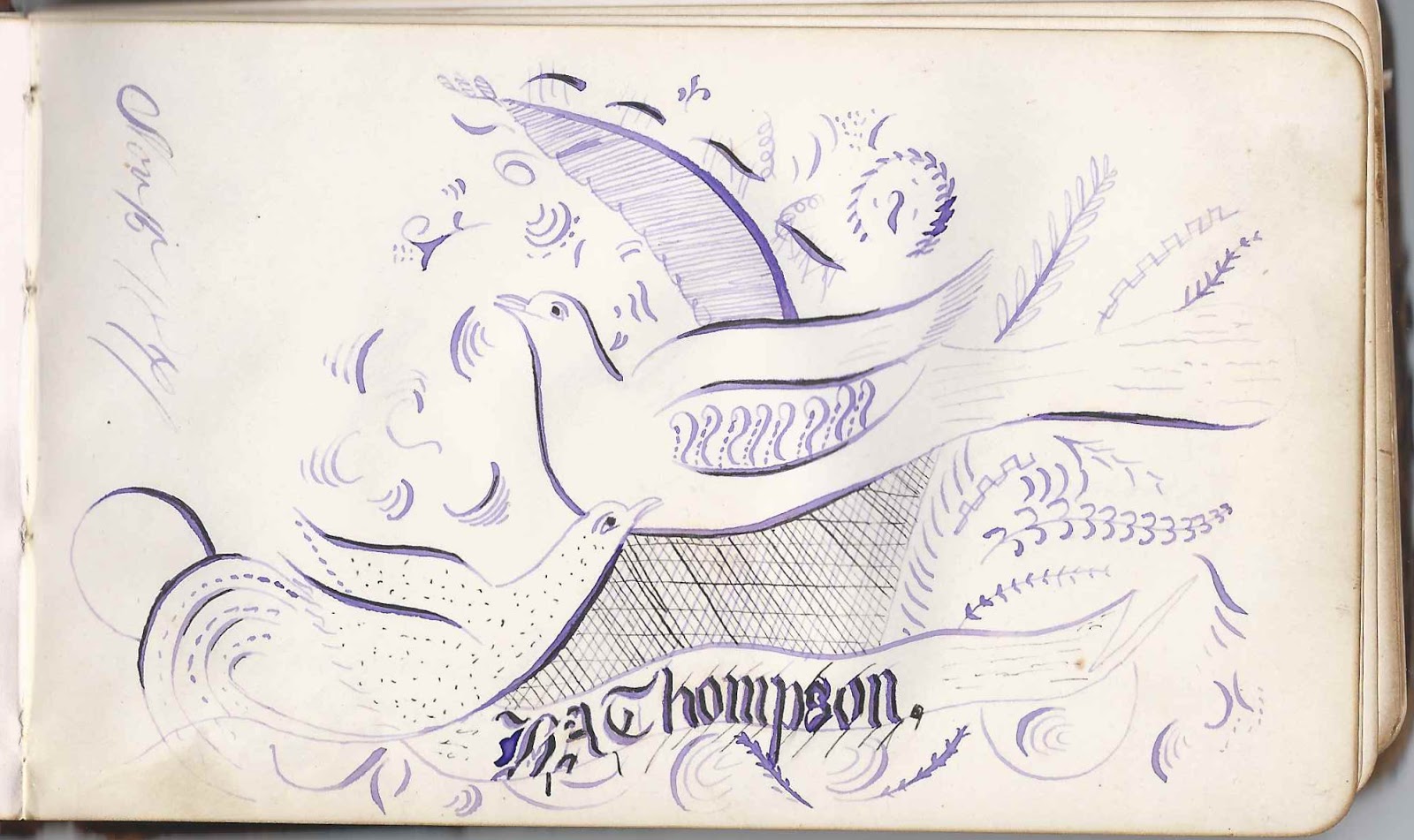 The last page in the album, signed by E. F. Sumner of Methuen, Massachusetts, had a four-leaf-clover pasted on the page. 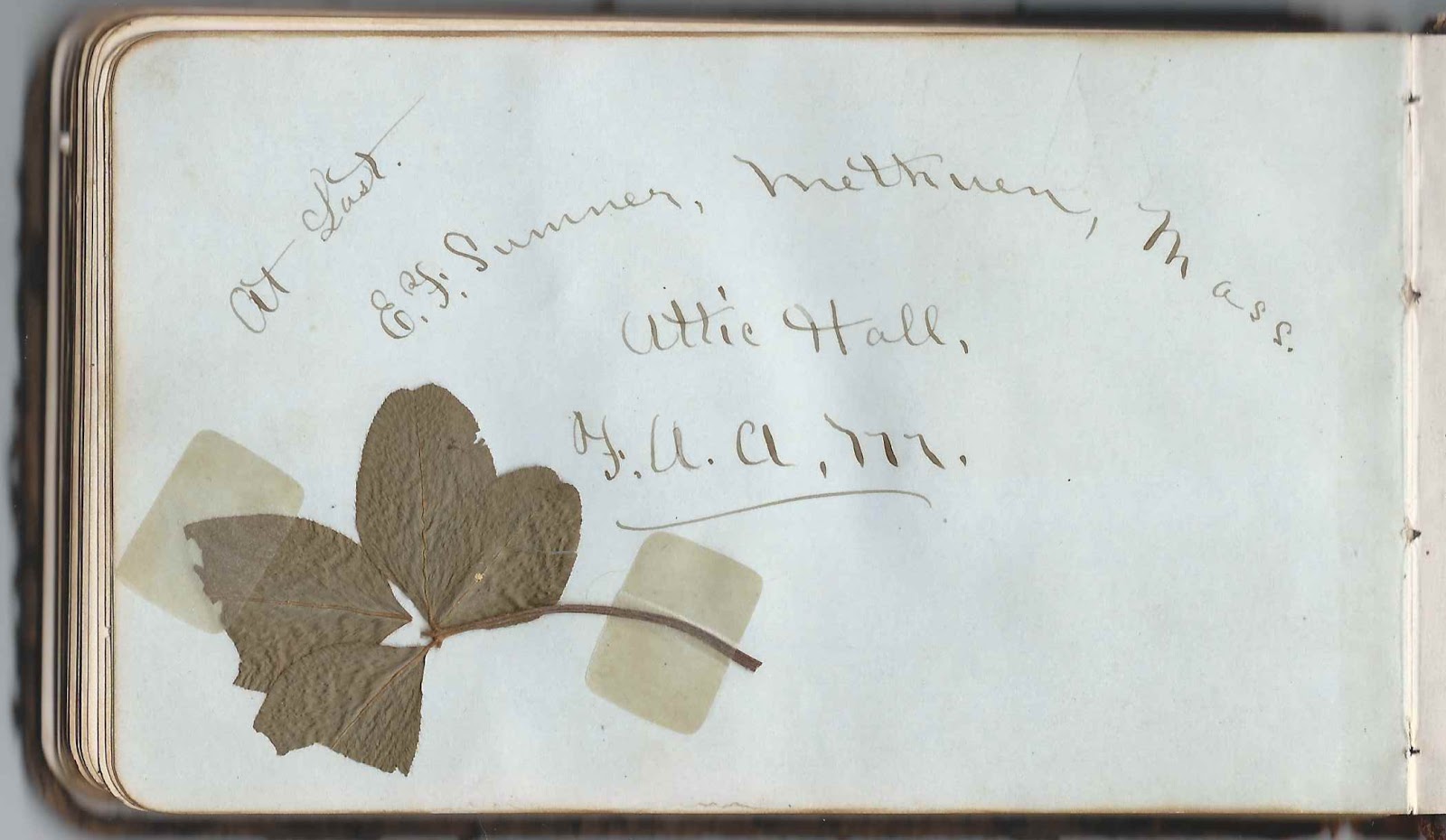 Other signers with the surname of Hopkins or Sumner signed pages in Mary Ellen's album; refer to the list of signers below.