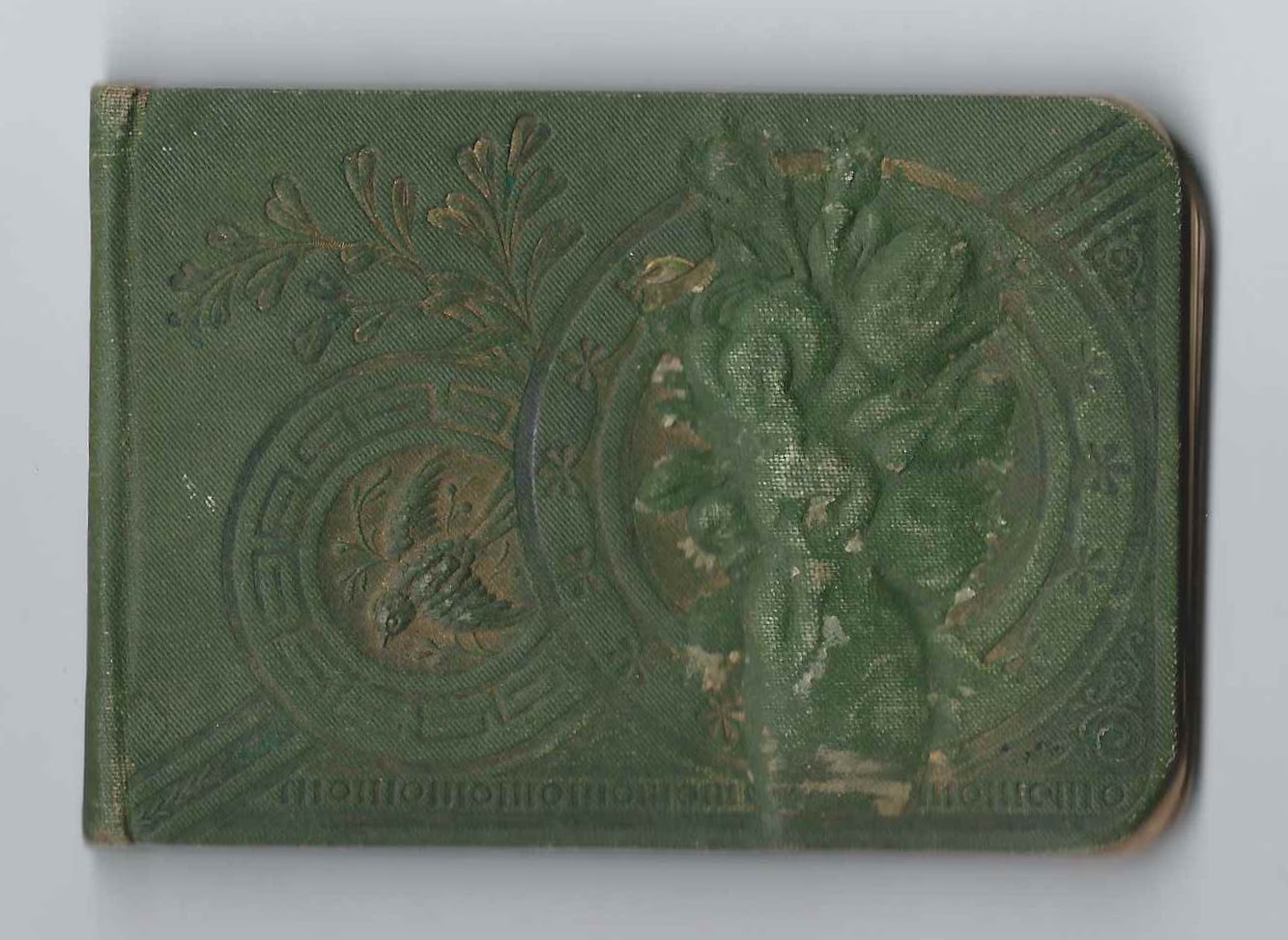 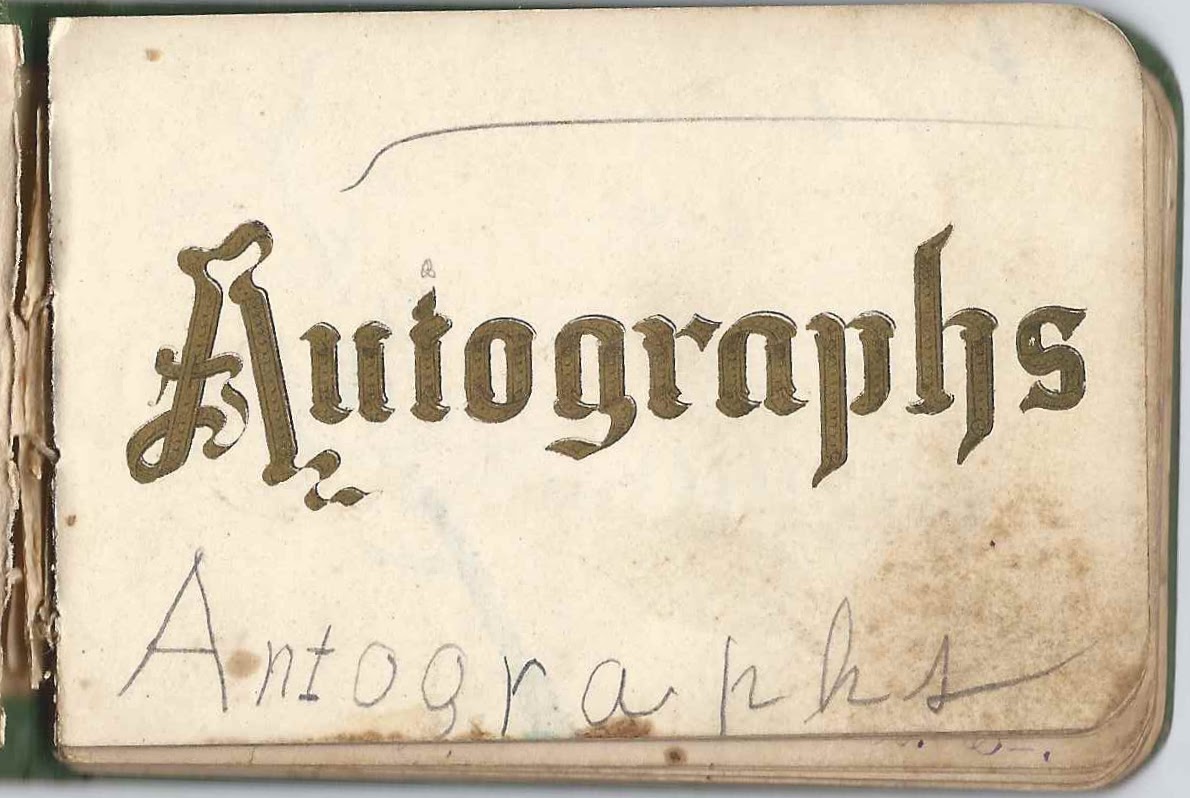 The album is approximately 3-3/4" x 2-3/4" and contains the sentiments of 30 of Estella's relatives and friends.  An alphabetical list appears at the end of this post. 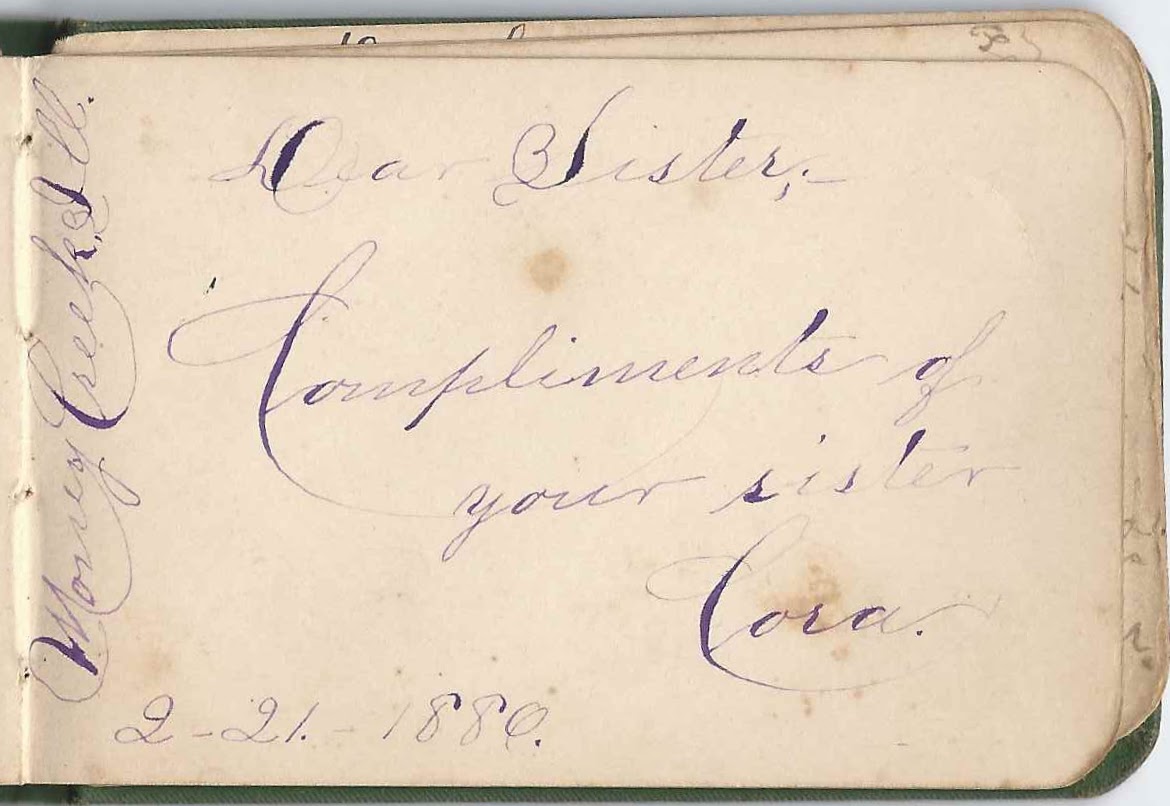 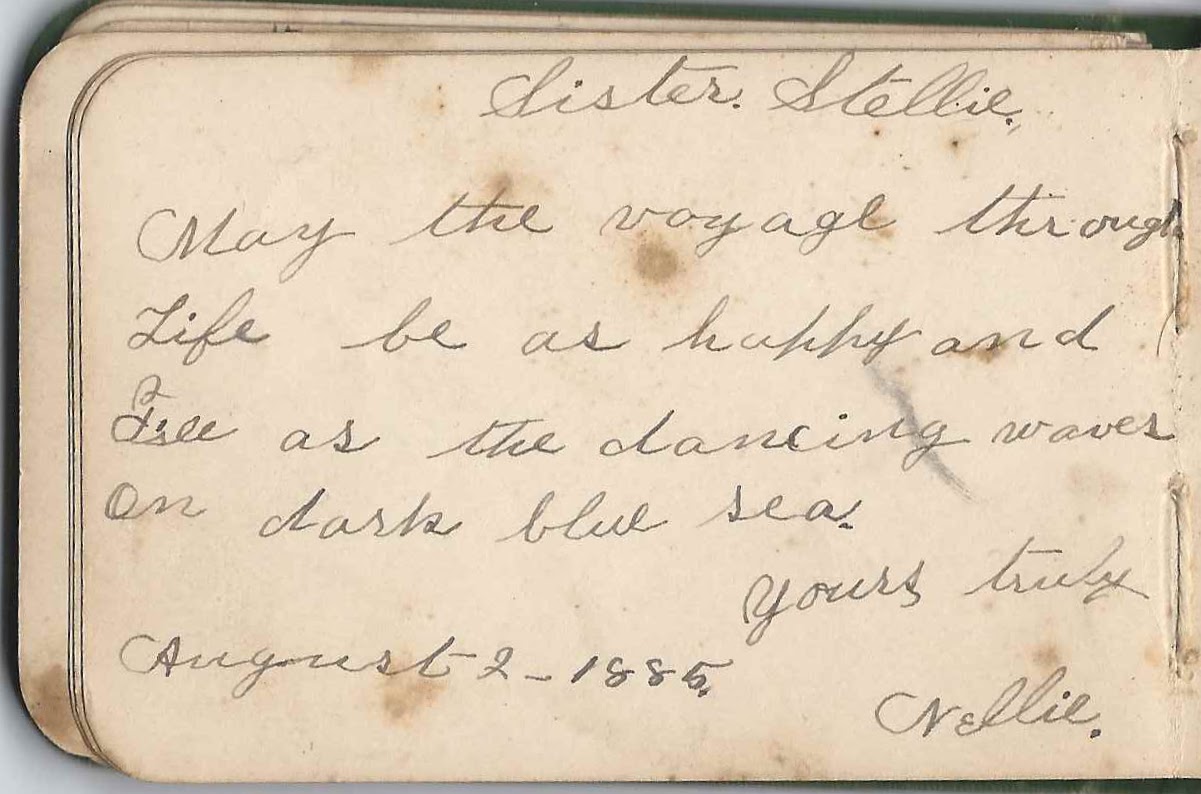 Three of Estella's cousins signed pages.  Two were the siblings James Marston Hefner and Ida May Hefner.  Ida signed two pages, both on "1-3-1883". 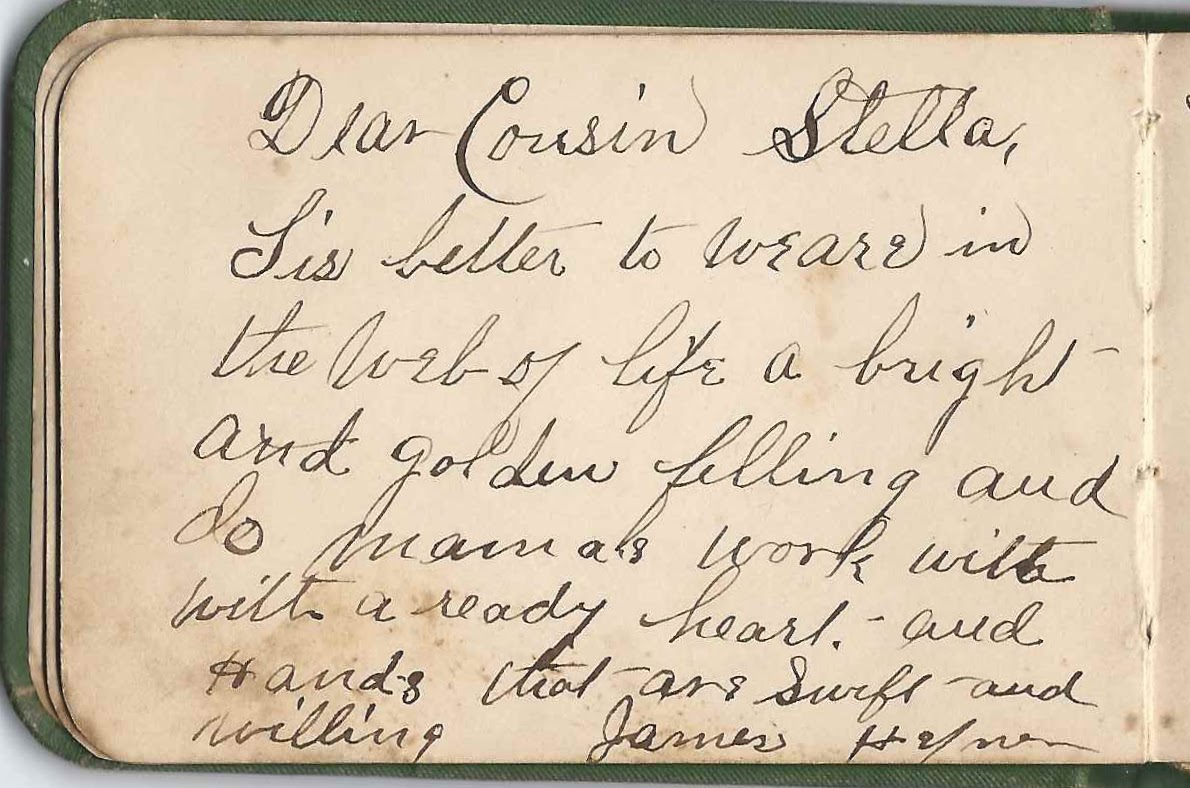 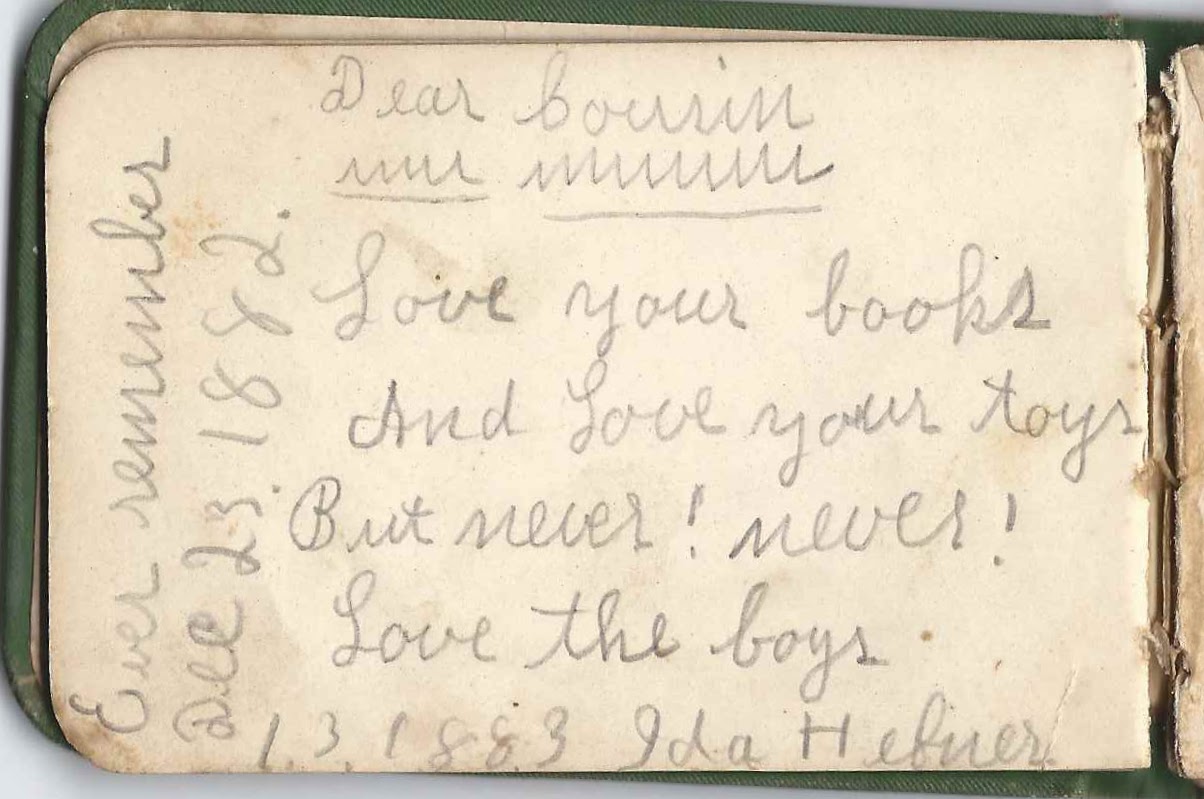 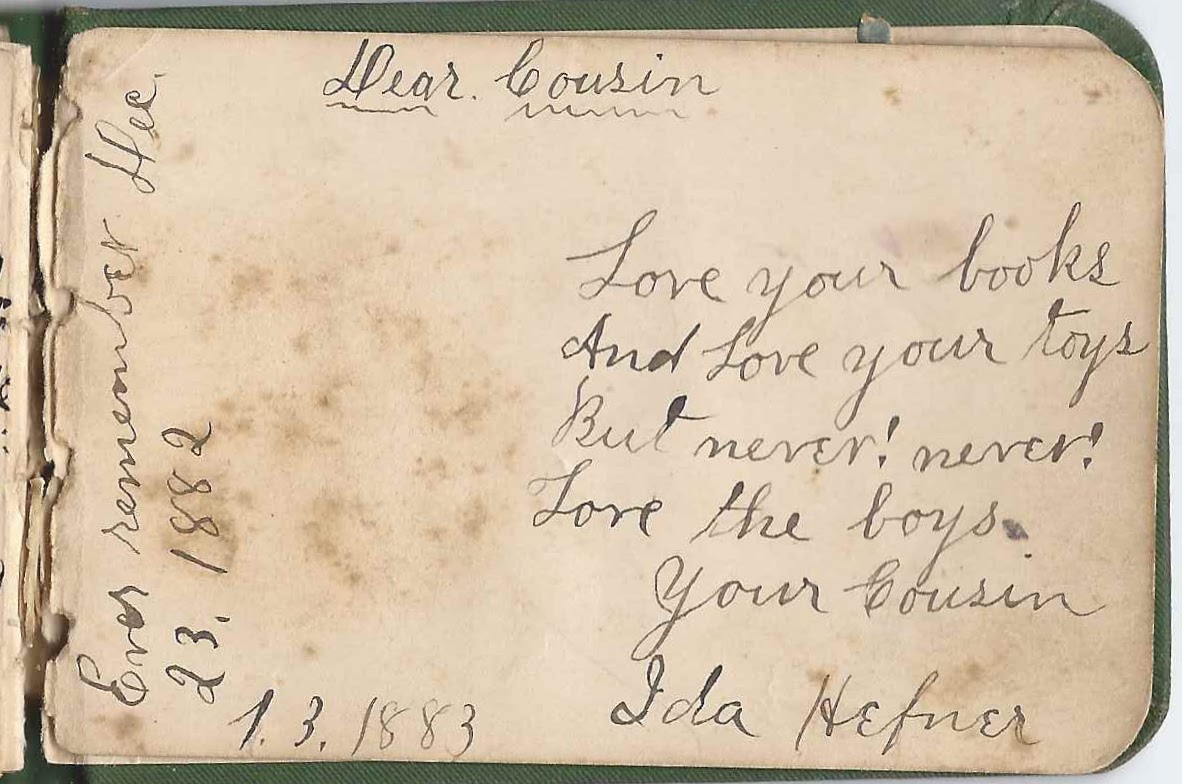 Cousin Jennie Dawson signed at Lexington, Illinois, on March 3, but she didn't indicate the year. 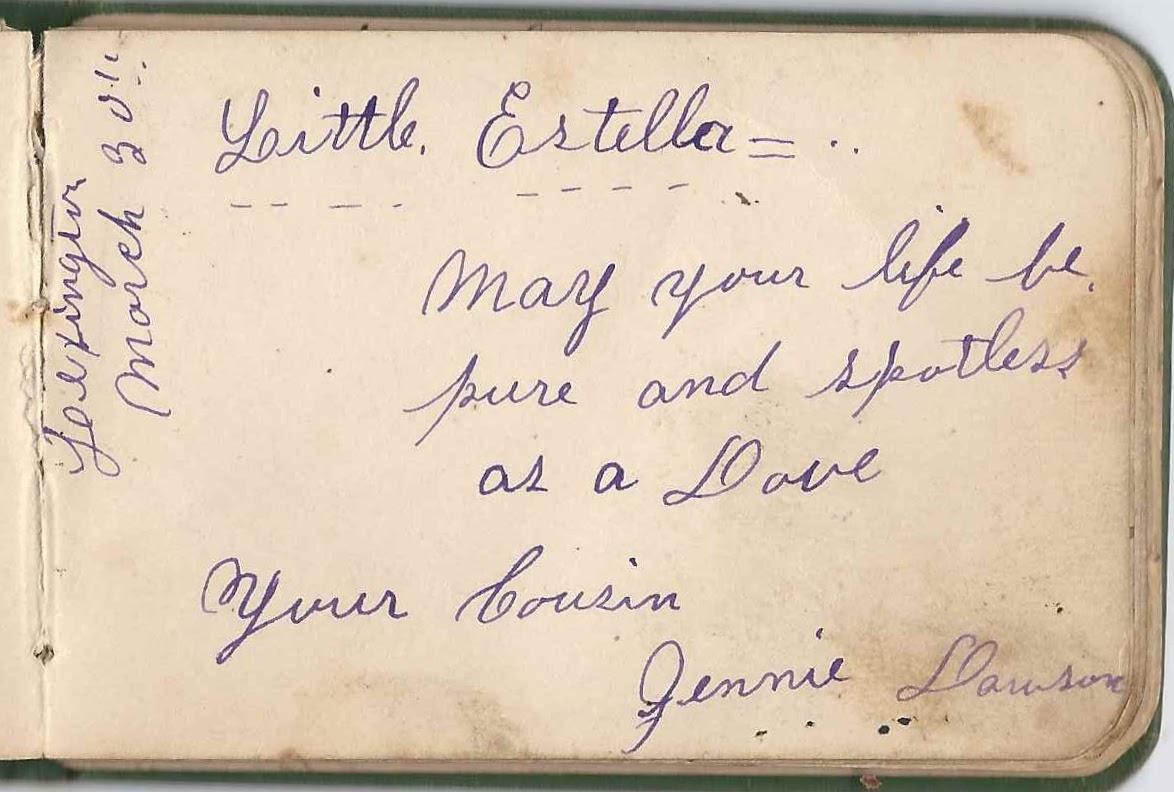 Another person named Dawson signed a page in the album.  He was George E. Dawson. 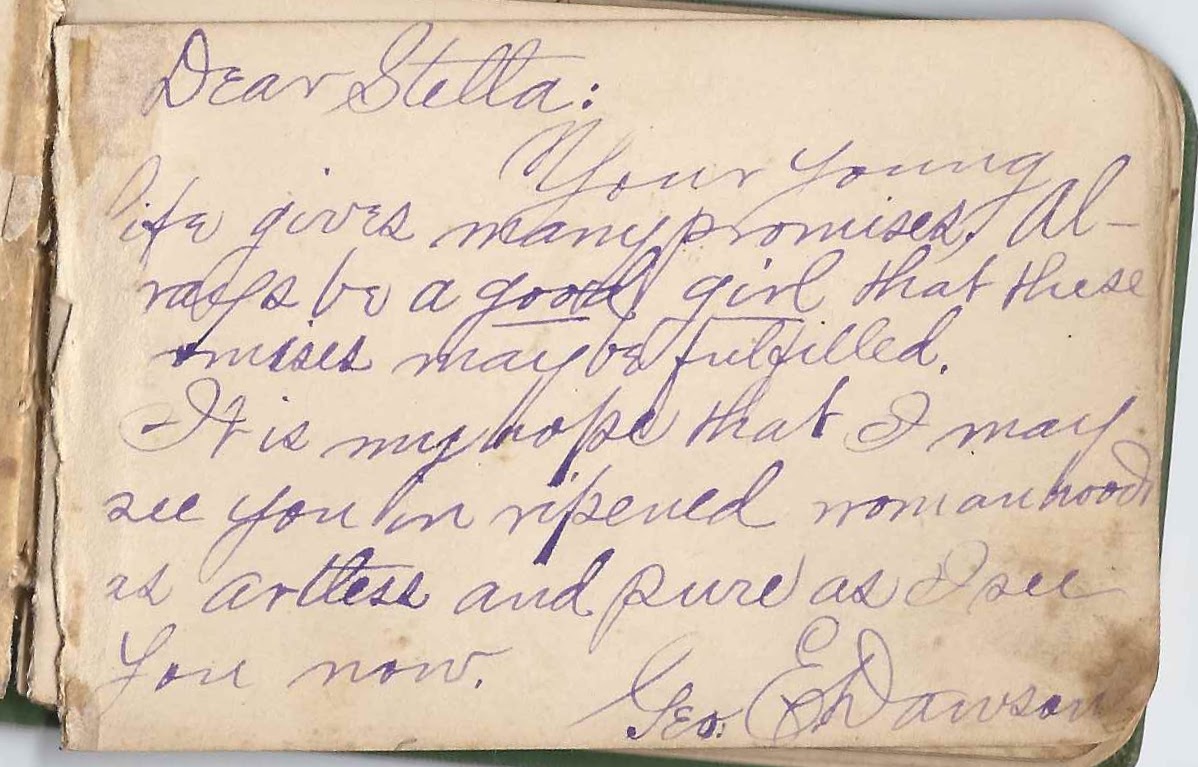 In the latter half of the 1890s, Estella Belle Hefner married Benjamin Frank Flesher, son of William McCoy Flesher and Rebecca Jane Ann (Pirtle) Flesher.  Benjamin was born 5 October 1869 at Lexington, Illinois.
The couple had, as far as I could determine, one child, a son Benjamin Franklin Flesher, Jr.  Franklin Sr. died in 1931 and Estella in 1960.

If you have corrections and/or additions to the information above, or information of any of the signers listed below, please leave a comment or contact me directly.  Thanks!

Surnames in the Album [Some appear multiple times.]

Signers in the album:  [Note: given names within a specific surname may not be in alphabetical order.;]

Posted by Pam Beveridge at 2:58 PM